Tom Petty & The Heartbreakers and Mumford and Sons top the inaugural lineup. They’ll be joined by the likes of Alabama Shakes, Weezer, Broken Social Scene, The Shins, Andrew Bird, Dawes, and Charles Bradley & His Extraordinaires.

Perhaps most exciting, however, is the appearance of actor Jeff Goldblum, who will perform alongside the Mildred Snitzer Orchestra. 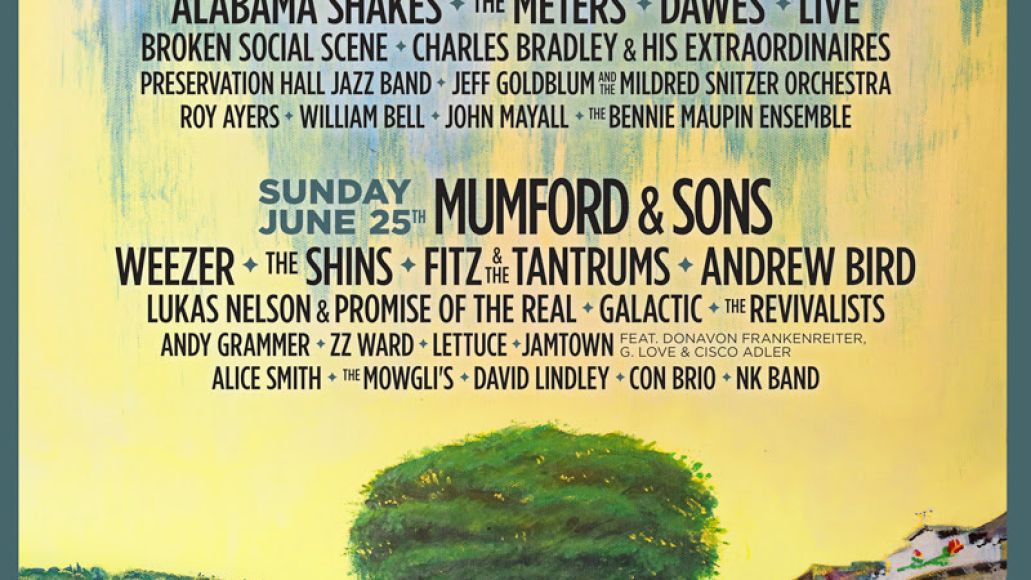