Last summer, AEG brought together music legends such as Paul McCartney, Roger Waters, and The Rolling Stones for the Desert Trip Music Festival. Fellow industry behemoths Azoff MSG Entertainment and Live Nation intend to pull off something similar in 2017 with a pair of costal festivals headlined by Fleetwood Mac and The Eagles.

The Eagles’ participation in the festival is particularly noteworthy, as Don Henley previously announced the band’s breakup in the wake of Glen Frey’s death in January 2016. Following the band’s tribute to Frey at the 2016 Grammys, Henley told the BBC, “That was the final farewell. I don’t think you’ll see us performing again. I think that was probably it. I think it was an appropriate farewell.”

As for Fleetwood Mac, they last performed a headlining concert in November 2015. In the months since then, Stevie Nicks’ embarked on a solo tour behind her latest release, 24K Gold, and her bandmates Lindsey Buckingham and Christine McVie have been working on a new album of duets, with a release date tentatively set for May.

Update: The festivals have been officially announced. Tickets go on sale April 7th. 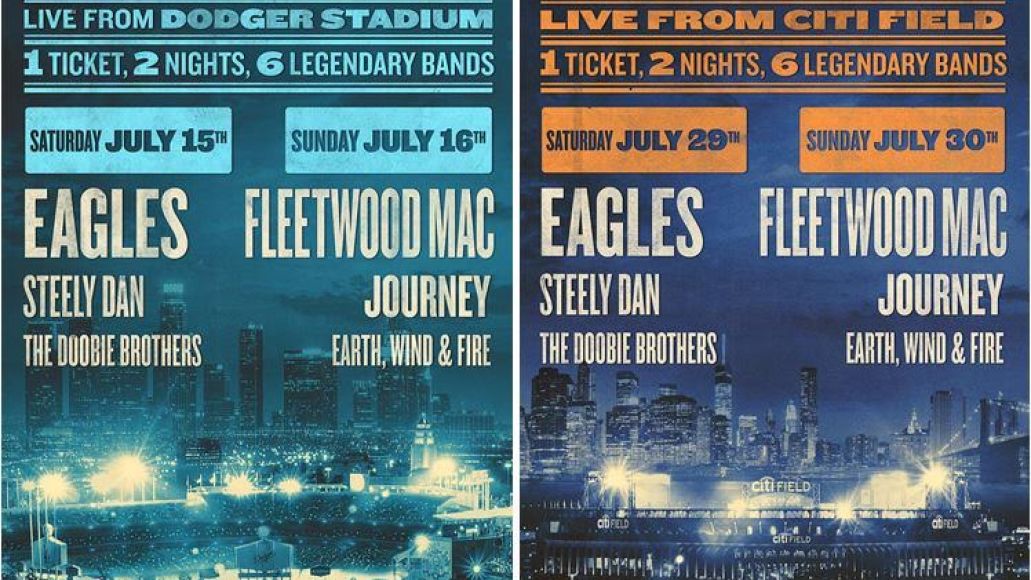