There’s a way people talk about music that places it within their own past. “I used to listen to that in high school” is a common way to do this, or “I grew up on that.” Of course, those two statements mean very different things. When someone says they grew up on something, they’re saying that the music is a tentpole to their own history. It hits them in a nostalgic place that can evoke innocence, family, childhood, and security, when life was simpler and music wasn’t a sprawling collection of associated memories.

But “I used to listen to that in high school” is often seen more as a write-off, casting the music associated with it as a sign of immaturity. Even as critics and culture writers make a point of taking the interests of young people more seriously, we are just as likely to compartmentalize our own early endeavors into forming musical taste as juvenile. Sometimes it’s fair, sure. As a person matures, tastes are likely to change. But often the music is painted as the one at fault for connecting at a certain time or place and not the listener.

Outside of the obvious pop radio and alternative music that’s aimed directly at young audiences, Bright Eyes might encompass this idea the best. I can’t think of an artist that more people in my circle cite as someone they used to listen to when they were younger. A large part of that might have to do with the timing of Conor Oberst’s pet project, especially since his most impacting releases came out in 2000 (Fevers and Mirrors), 2002 (Lifted or The Story Is in the Soil, Keep Your Ear to the Ground), 2005 (The simultaneous offering of I’m Wide Awake, It’s Morning and Digital Ash in a Digital Urn), and 2007 (Cassadaga). Those first two gained traction in the dawn of file sharing, when youthful listeners were consuming a wider range and a greater bulk of music than was ever possible before — and the later releases capitalized on this idea. Both albums in 2005 debuted in the top 20 of the Billboard 200, while laid-back I’m Wide Awake single “Lua” topped the Billboard Hot 100 (despite not being a viable radio song), spirited success that carried over into 2007 when Bright Eyes proved big enough to headline the Hollywood Bowl in support of that year’s Cassadaga.

Those years, the middle-aughts, were right in the middle of when our current twentysomethings were attending high school. Now, lots of music was released during this decade — Arcade Fire, Justin Timberlake, Kanye West, Rilo Kiley, et al. — yet none of them get pigeonholed like Bright Eyes. There’s something about how Oberst’s confessional, emotionally frank songs spoke to people in a way when they were young that they are quick to discount as adults. Maybe it’s how young Oberst was when he was creating this music, releasing his earliest recordings when he himself was a high school student and offering up Fevers and Mirrors at just 20 years of age. At the time, he was considered a prodigy of sorts, and much of Oberst’s career has been painted using the light of fulfilling expectations. Though, as his audience matured, so did Oberst’s songwriting, with I’m Wide Awake ushering in an era of big-boy production, to the point that soon Bright Eyes was making music that was closer to dad rock than it was to the Live Journal and Myspace-era from which Oberst came.

In an excellent article on The Ringer, Lindsay Zoladz notes that some of the appeal of Oberst’s recent solo album, Ruminations, was a return to the sad roots that attracted her to him when she herself was in high school. It points to another aspect of why Bright Eyes is easy to move on from, too, in that it captured the moodiness and angst of youth that people, as they age, just don’t relate to in the same way. Part of this is through Oberst’s vocal style, untrained and raw, willing to sing outside his range or miss notes for the effect of bleeding through the microphone cable. On Lifted opener “The Big Picture”, he closes the song with a wailing that is straight-up hard to listen to, but it still serves a purpose to underscore his astute lyrical observations. “It’s cool if you keep quiet,” he proclaims in the song, “but I like singing.”

Still, it’s hard to look at Oberst’s songwriting and find too many instances of immaturity. The book on him was always that he was a wise soul whose insights surpassed his age, and if listeners have outgrown those words, it’s more because of the manner of his expression. “Hit the Switch” from Digital Ash is maybe the most glaring example of this, where confessional observations lose all subtlety. “There is no right way or wrong way, you just have to live/ And so I do what I do and at least I exist,” Oberst sings, achingly heavy-handed, enough so that it sinks the song. 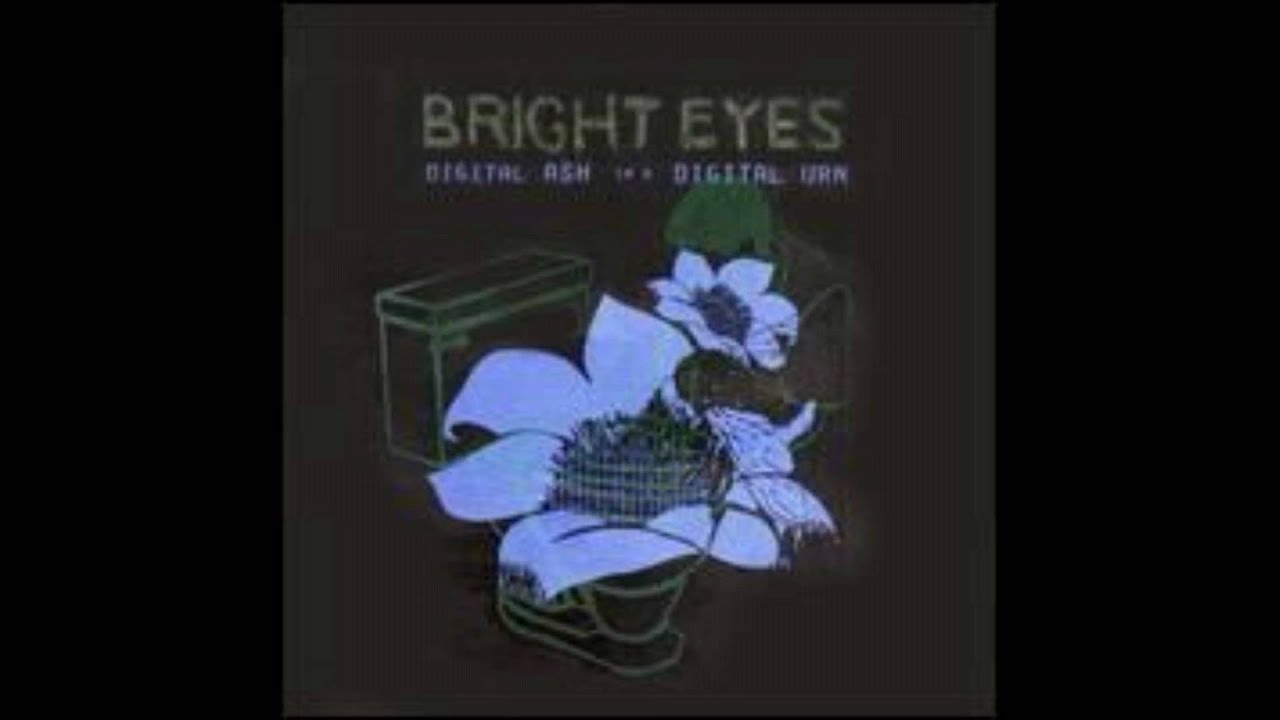 But these occasions are not the norm when revisiting Bright Eyes’ core albums. Those records hold up because of Oberst’s willingness to work without a net. There isn’t a question of whether he lays too much on the table in these songs. He goes for broke, wearing unrequited love and chemical addictions and loneliness and suffering like a badge of humanity. It’s all presented without concern that his thoughts are limited to his own experience, and thus even when they’re hyper-specific, Oberst has a innate sense that his stories house universal truths about the human condition.

Somewhere along the line, though, Oberst’s idea of maturity muddied these waters. Zoladz poses the idea that happiness has not suited Oberst’s music well and that the happiness of its listeners is equally opposed. But I think the appeal of Bright Eyes and what’s been lost over the years is something more grounded in experience than emotional health. Much of Oberst’s solo work feels highly edited, slickly produced, and calculated by an artist under the impression of an expectation of grown-up music. It’s never bad, but it’s also rarely special, which keeps many of his old fans from connecting with it so deeply.

That’s probably why I’m Wide Awake is often held in such high regard, because it is the best of both worlds. Oberst is still young enough to scream in anger about war and write a poignantly sappy love song, but he’s also schooled enough to lose his lo-fi roots and harmonize with Emmylou fucking Harris. It signaled an end for Oberst’s days of coming across like a pure natural and the beginning of his era as a professional.

Recently, Saddle Creek reissued and remastered all of Bright Eyes’ studio albums on vinyl, offering fans a new opportunity to revisit the albums with fresh ears and attempt to eschew the nostalgia that many feel is required. If they’re smart, they’ll take that chance and notice the little things: how the respective middles of “The Big Picture” and “You Will. You? Will. You? Will. You? Will” change fidelity; when Nate Walcott’s trumpet races by on “Land Locked Blues”, as brief and vibrant as a shooting star; or how Oberst can write a satisfying ending as he does on “Something Vague”. “Is this death really you?” he asks in a fragile tone, selling his craft in spite of his limitations as a singer. “And do these dreams have any meaning?/ No/ No, I think it’s more like a ghost that’s been following us both/ Something vague that we’re not seeing/ Something more like a feeling.” It’s startling moments such as these that take Oberst out of the rearview mirror and back into the passenger seat where he belongs.