We’re still almost two years away from Disney’s live-action sequel to 1964’s classic Mary Poppins, but today the studio provided a glimpse at the title character. EW has revealed the first image of star Emily Blunt as the world’s most magical nanny.

Blunt stars in Mary Poppins Return as the beloved caretaker in the peacock-blue coat and flowered hat. As you can see in the below image, she’s also carrying an updated version of her bottomless carpetbag. We’ll have to wait until December 25th, 2018 to see what kind of tricks she can pull out of that giant handbag, but take your first gander at it in the image below. 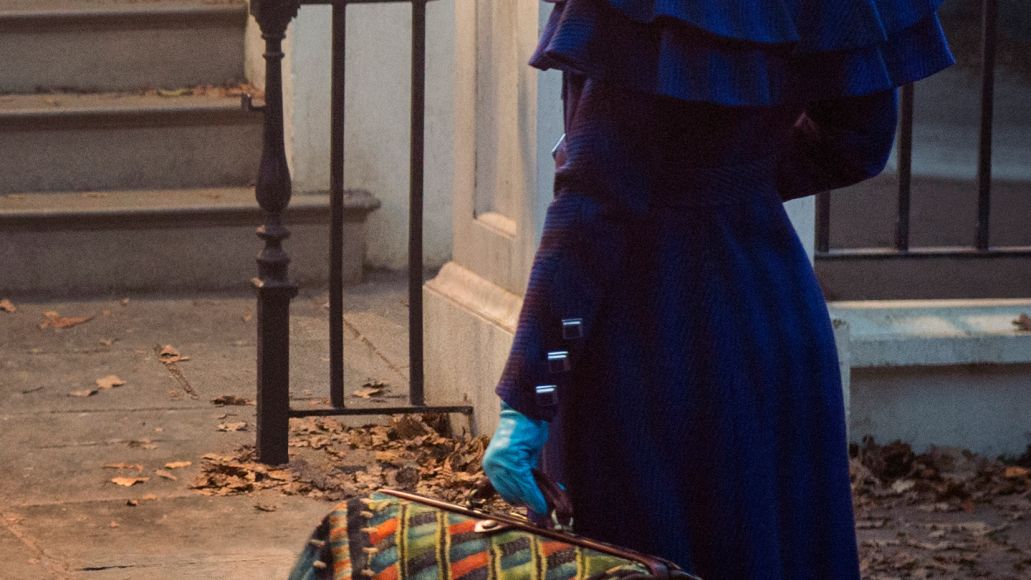 Directed by Rob Marshall and written by David Magee, Mary Poppins Returns picks up 20 years after the original musical. The story finds Poppins returning to Depression-era London to help her former wards Jane (Emily Mortimer) and Michael (Ben Whishaw) after the latter suffers a heartbreaking loss. The movie will introduce other characters from P.L. Travers’ beloved children’s books, including Angela Lansbury as a balloon vendor, Lin-Manuel Miranda as Jack the lamplighter, Colin Firth as banker William Weatherall Wilkins, Meryl Streep as Mary’s cousin Topsy, and Julie Walters as Ellen the housekeeper. Dick Van Dyke will also make a return as Bert the chimney sweep.

Update: Here’s our first look at Miranda as Jack the lamplighter. 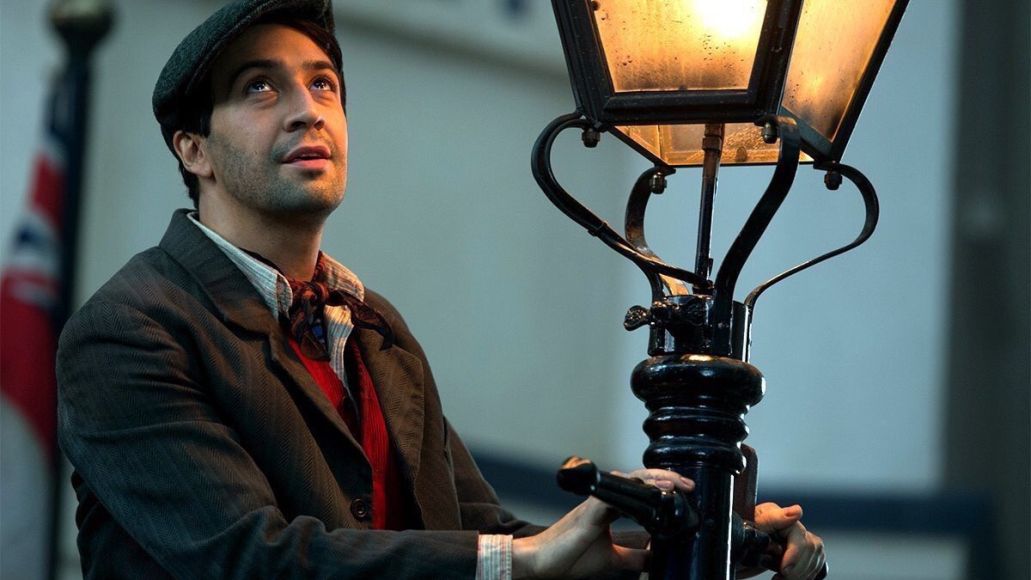