It’s certainly been a season for It’s Always Sunny in Philadelphia. After tipping off their 12th year with a very risky musical, the FX series carried its manic creative energy with a surprise coming-out narrative, a not-so-twisted mockumentary, a depressing Cricket spin-off, a disgusting albeit hilarious day at the water park, a faux reality TV shakeup, a disgusting ploy by Dee, and a public relations nightmare. We’ve seen characters evolve, story lines devolve, and long-running mysteries dissolve. We’ve seen a piano nearly fall on Mac, we’ve seen Dennis nearly become a murderer. We’ve seen Dee lose her mind, we’ve seen Frank lose his business. We’ve seen Charlie with the Waitress, we’ve seen the Waitress with Charlie. We’ve seen it all.

Or have we? Besides, very few fans could have predicted the final moments of last night’s season finale, when Dennis not-so-ceremoniously declared he’s leaving Paddy’s Pub and Philly for a life of patriarchy, chiseling the Gang down to four. If anything, the rocket launcher sitting on the bar, which he had delightfully inherited two episodes back for the Valentine’s-themed “The Gang Tends Bar”, all but suggested he was finally going to entertain his inner psychopath and cause some destruction. Not so. After reuniting with his estranged son — through another brilliant callback, this time, two seasons back to the hilarious cross-country episode, “The Gang Beats Boggs” — Dennis Reynolds actually decides to do the right thing and be a father. 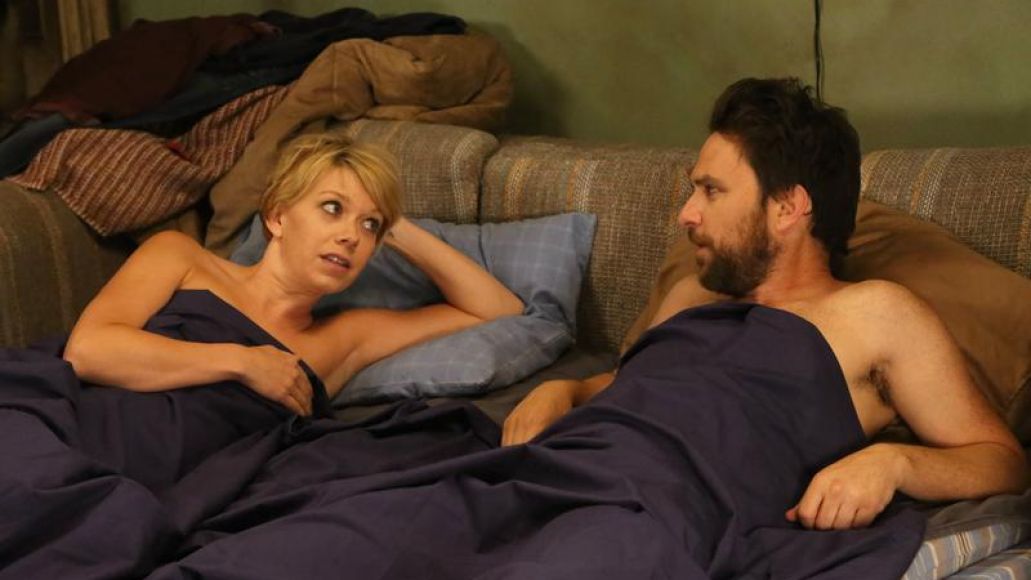 Now, this is surprising for a number of reasons, though above all, it’s shocking because Always Sunny, much like its progenitor Seinfeld before it, has always worked off the idea that there’s no hugging and no learning. In fact, it’s more like all shoving and be stupid, come to think of it. So, the idea of Dennis sobering up, both spiritually and literally, puts the show in a light that was seemingly impossible. Not since, well, arguably “Flowers for Charlie” in the ninth season has there been anything even remotely close to being this sentimental. Because, again, that’s just not this type of show. This show is about people who love hating each other and the filthy bubble they occupy, one where a toe knife is an acceptable accoutrement.

But, when you look back, it’s kind of brilliant. All season, the series has been fulfilling the destinies of every one of its characters: Mac is finally happy and gay, Frank has finally had to contend with his miserable businesses, Charlie finally won the Waitress (and for good, seemingly), Dee continues to spiral out of control into lunacy, and Dennis, well, he didn’t become the psychopath. That was the one obvious move Rob McElhenney and Glenn Howerton could have made this season, one that has a long and storied history, but they didn’t bite. Instead, they went the opposite and made the guy the sanest of the entire Gang, tired, bemused, disgusted, and fed up with his friends and family. Who could blame him? 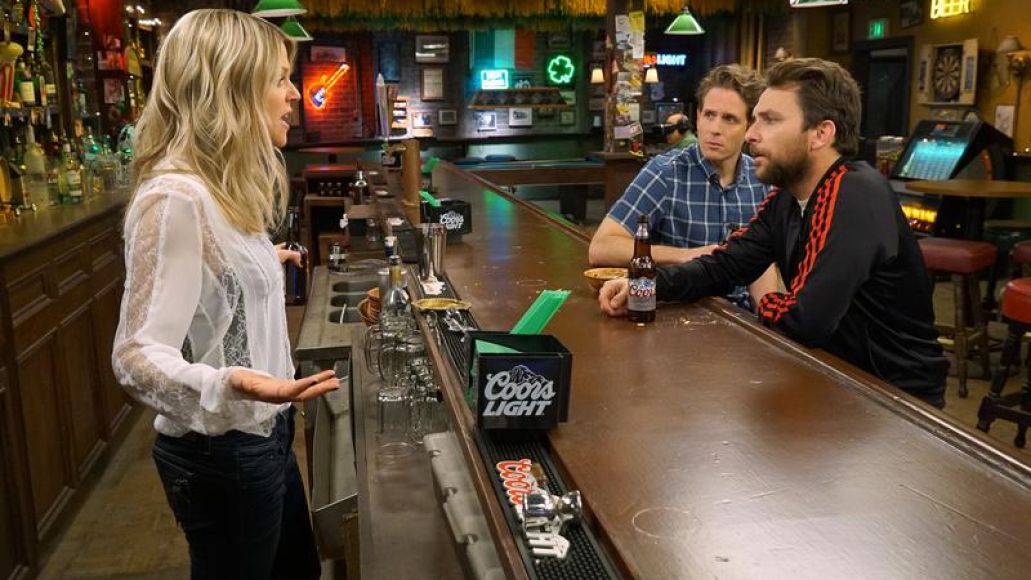 After their latest failed conquest towards the end of “Dennis’ Double Life”, the majority of the Gang sink back into their dull, meandering existence at Paddy Pub, even down to their predictable dance moves. Mac does the ninja kicks. Dee does the wavy, Rectify air weave dance. Frank is Frank. Charlie is Charlie. That’s when Dennis realizes he just can’t stand these people, that he can’t stand another botched plan, that he can’t stand living a life of ignominy, that he can’t stand being like them, and you know what, in a way, his feelings are totally palpable. Simply put, they’re losers, clowns to laugh at, and Dennis, despite his tempered histrionics, has always been above everyone — the true heir to his far classier mother.

Which is why his decision at the end here isn’t exactly out of line. For one, Dennis has forever portrayed himself in this light, and this season has left a number of teasers that he’s not only a.) fed up with the Gang but b.) ready for more responsibility. Think about the second episode, when the gang heads to the water park. Dee and Mac were stuck in a tube, soaking up all sorts of fecal matter, while Frank and Charlie pretended to have AIDs so they could hit up every slide on the map. What was Dennis doing? Well, to be fair, he was trying to pick up single mothers, but what he wound up doing was mentoring a young kleptomaniac in an all-too-paternalistic way. You might say he even enjoyed it, too. 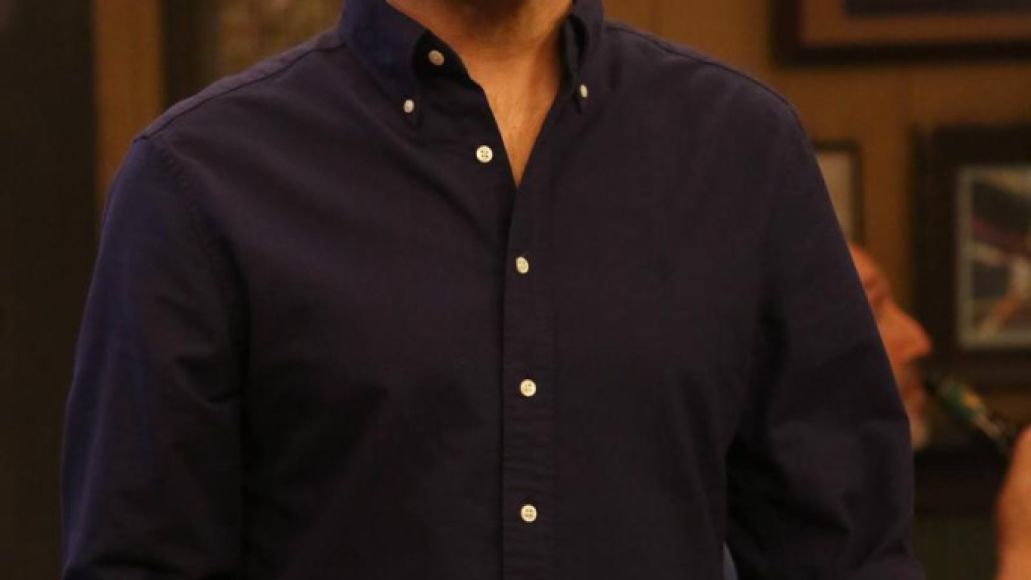 Now, couple that with his feelings in the aforementioned Valentine’s Day episode, when everyone fucks up and refuses to actually do their actual jobs. Sure, they subvert the ending and it was all a ruse to get something on V-Day, but there’s no doubt that Dennis was legitimately fed up with each one of his co-worker’s staggering inabilities. Hell, until Mac came in with the rocket-launcher-assist there at the end, the whole thing was beginning to eschew into melodrama territory, one where Dennis might have actually held up his end of the bargain. If this writer’s being completely honest, he was a little disappointed the whole thing turned out to be a ploy, as he felt the story leaned too heavily on the actual idea that he wanted a legit bar.

Well, now we know the truth and that Dennis actually does want some legitimacy in his life. Of course, being that this is Always Sunny, this could be another long ruse, one that could actually wind up seeing Dennis become the murderer we’ve always thought him to be — ahem, his family leaves him with quite the sick and twisted implication — but it’s very likely this will stick. Prior to the season finale, Howerton spoke with Uproxx and admitted he’s not sure if he’ll continue with the series, which would jive with his forthcoming plans as he’s set to star opposite Patton Oswalt in NBC’s new series AP Bio. (It should be noted outside commitments didn’t stop Kaitlin Olson from being in The Mick.) Here’s his full response:

“So… it’s a little complicated. I may seem a little bit evasive here, and I don’t mean to. It’s not entirely certain whether I am or am not. I might be. I might be, but I might not be. That really is the truth. Just to be clear, to dispel any potential weirdness, it has nothing to do with my relationship to anyone on the show or Rob or Charlie or anyone like that. It’s partially a creative and personal decision. We may be taking an extended hiatus between season 12 and season 13. So I’m certainly staying open to the possibility of doing more, but there is a possibility that I will not.”

Considering him leaving Philadelphia for North Dakota is akin to Eric Foreman dumping Point Place, Wisconsin, for Africa prior to season eight of That ’70s Show — and we all saw how that garbage, Foreman-less season worked out — an extended hiatus may be the way to go for Always Sunny. Then again, Dennis’ return would derail everything they set in motion with this story and might even feel fraudulent by design. Though, if this past season is any indication, there’s no telling what this series can or cannot do. One might argue it’s usually the limitations that free up McElhenney and Howerton, and if a Dennis-less season is in the cards, who’s to say they wouldn’t be able to pull it off. It’s not like there are set rules to any of this.

After all, what are the rules?

It's Always Sunny Leaves a Gang of Four in Philadelphia