Jamiroquai return today with their first album in seven years, Automaton. Apply Music and Spotify users can stream it in full down below.

The new full-length marks the British funk outfit’s eighth overall following 2010’s Rock Dust Light Star. Frontman Jay Kay wrote and self-produced the record alongside keyboardist Matt Johnson. “The inspiration for Automaton is in recognition of the rise of artificial intelligence and technology in our world today,” Kay noted in a press release, “and how we as humans are beginning to forget the more pleasant, simple and eloquent things in life and in our environment including our relationship with one another as human beings.”

Reviewing the album, Karas Lamb writes, “The project is a 12-track cinematic opus plied with electrodes, stuffed into a cannon, and shot straight through the doors of the disco, where they resurrect the sound that first catapulted them from their UK digs. This time, however, the maturation of that aesthetic is apparent and adventurous as they delve into societal failures and deliver the party just sweaty and soulful enough to place a lead foot on the neck of the oft-vapid and musically homogenous EDM that has inexplicably ruled the roost at major clubs over the past several years.”

Automaton was previewed early on with a pair of singles, “Cloud 9” and the title track. In support, Jamiroquai are expected to soon hit the road for the first time since 2011. 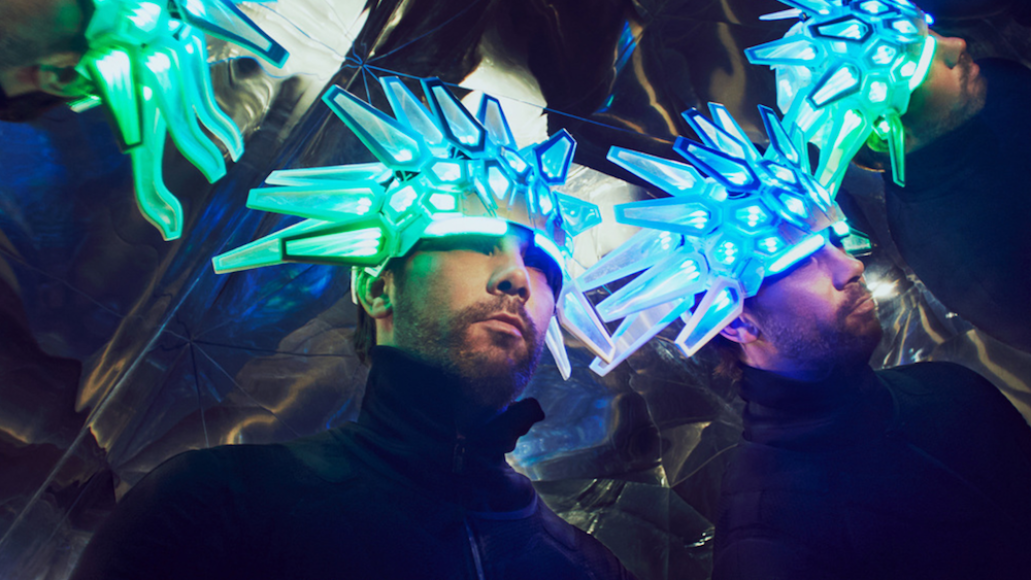