Earlier this month, Joey Bada$$ revealed the tracklist for his upcoming sophomore full-length, ALL-AMERIKKKAN BADA$$. Included are a number of high-profile collaborations, including tracks with J. Cole, Chronixx, and Meechy Darko of Flatbush Zombies. With just one week to go before the album drops, the Brooklyn rapper has unloaded a fiery track featuring ScHoolboy Q.

Like previous single “Land of the Free”, “Rockabye Baby” is charged with political anger. Over a heavy beat with chopped, stalking piano, Bada$$ calls out to those disenfranchised with the current administration. “If you ’bout this revolution, please stand up/ We ain’t got no one to trust/ Time is running up, feel the burn in my gut,” he raps before the music cuts out and he yells, “And if you got the guts, scream, ‘Fuck Donald Trump!'”

ScHoolboy comes in with his own harsh commentary on the cultural and political climate of today for the second verse: “Them nightmare dreams, forever murder season/ Bad intentions to them picket fences/ They gave us guns but won’t hire us, nigga?/ So we killin’ senseless.”

Take a listen to “Rockabye Baby” below.

ALL-AMERIKKKAN BADA$$ is out on April 7th via Pro Era Records/Cinematic Music Group. Pre-order it here. 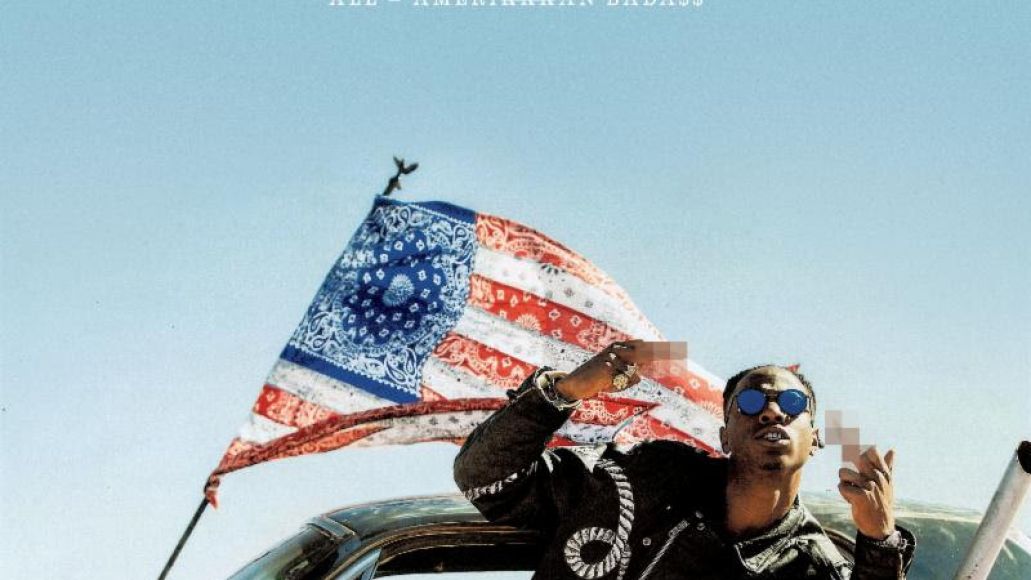