London Grammar are scheduled to make the rounds on the festival circuit this summer, and they’ll be doing so with a brand new album under their belts. Today, the UK-based outfit has announced it will release its sophomore album, Truth Is A Beautiful Thing, on June 9th through Metal & Dust/Ministry of Sound.

The follow-up to 2013’s well-received If You Wait collects 11 new tracks, including the early singles “Rooting For You” and “Big Picture”. In the studio, the CoSigned trio was joined by renowned producers Paul Epworth (Adele), Greg Kurstin (Sia, HAIM), and Jon Hopkins, who’s worked with Coldplay and Purity Ring and is himself a Mercury Prize-nominated artist.

“The first album was a lot more about relationships, but then the second one is too – but in a different way,” singer Hannah Reid recently told NME of the “dream-like” Truth Is A Beautiful Thing. “It’s probably about the relationship you have with yourself, rather than one specific other person. The relationship that us three had on the road, and there’s a lot about the meaning of life in general, which is SO lame, but that is what we talk about!”

“We’ve expanded on the filmic, cinematic aspect,” the group’s Dot Major aded. “That’s maybe something that’s consistent throughout the new album, but in terms of what’s going on in different songs it definitely varies a bit more.”

Along with the LP news, London Grammar have broken off the title track, a captivating, piano-led ballad. Check it out below via its lyric video.

Truth Is A Beautiful Thing Artwork: 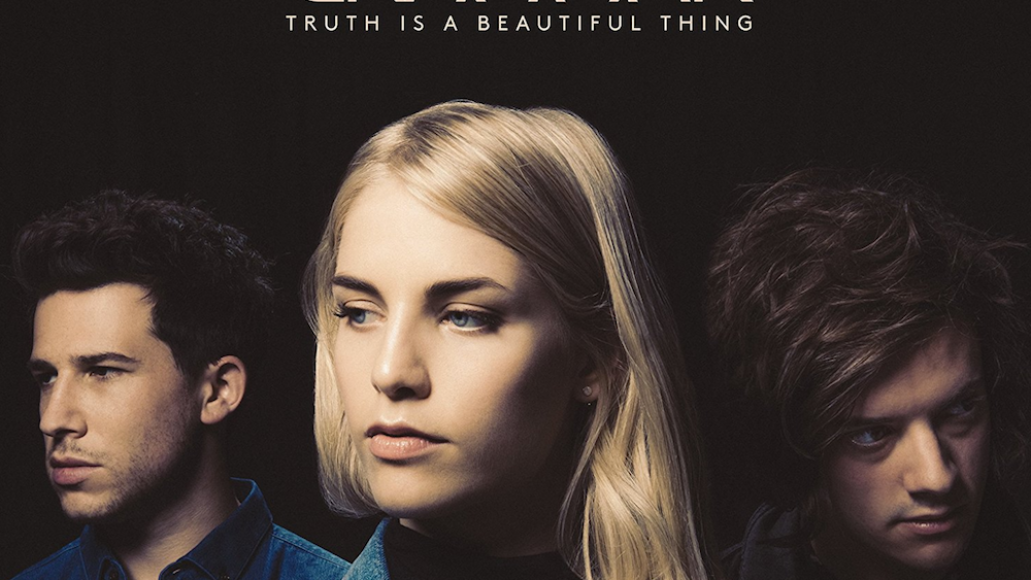