Netflix will soon be rolling out a new ratings system on its platform. The streaming service has decided to replace its long-running star system with one that utilizes a simplified thumps ups and thumbs downs.

According to Netflix, the star rating systems didn’t always accurately reflect their users’ behavior. For example, a low star-rated comedy would still often pull in more viewers than, say, a high-rated documentary. “We made ratings less important because the implicit signal of your behavior is more important,” Netflix VP of Product Todd Yellin said during a recent press briefing (via Variety). 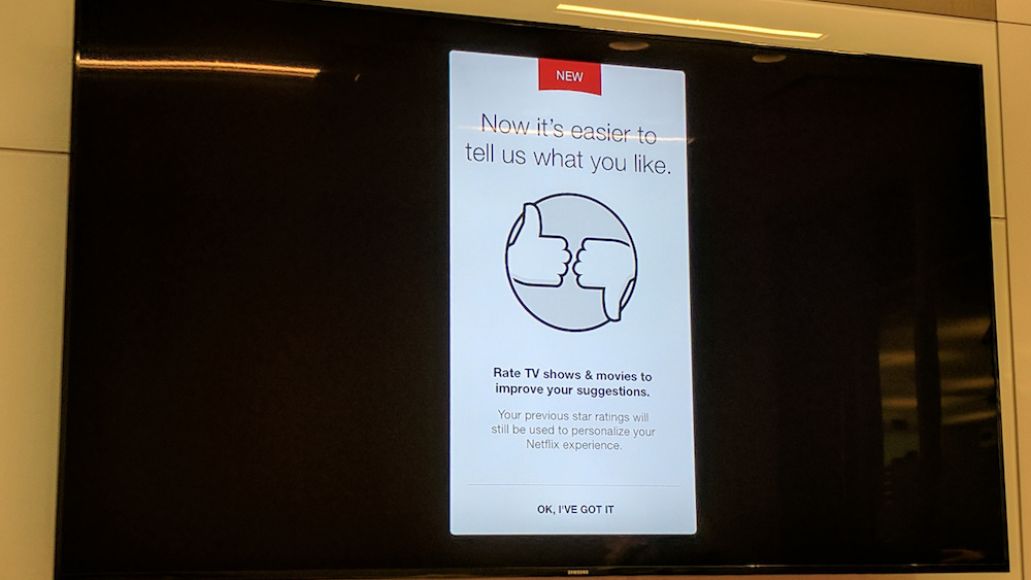 During preliminary test runs, the new ratings method — similar to the binary systems in place on social networks like Instagram and Facebook — was a hit with users. “We are addicted to the methodology of A/B testing,” Yellin added. “The result was that thumbs got 200% more ratings than the traditional star-rating feature.”

Previous star ratings will be taken into consideration with regards to users’ personalized profiles, but otherwise, expect to see the system be phased out in the coming weeks. Along with the thumbs ups and thumbs downs, Netflix is planning to introduce a percent-match feature that shows how well a film or TV show aligns with a user’s interests (e.g. Stranger Things, 100%, for just about everyone).

Revisit the teaser for season 2 of Stranger Things: