The impressive and expansive discography of Nick Cave will be highlighted in an upcoming compilation album. Titled Lovely Creatures: The Best of Nick Cave & the Bad Seeds 1984-2014, it’s slated to hit shelves on May 5th through Mute/BMG.

Compiled by Cave himself with the help of Bad Seeds founding member Mick Harvey, the release includes live favorites “Stagger Lee” and “The Mercy Seat” and recent beloved cuts “Jubilee Street” and “We No Who U R”. There are also songs which have appeared on film and TV soundtracks, such as Harry Potter selection “O Children” and Peaky Blinders inclusion “Red Right Hand”.

Cave spoke about the LP in a press statement:

“There are some people out there who just don’t know where to start with The Bad Seeds. Others know the catalogue better than I do! This release is designed to be a way into three decades of music making. That’s a lot of songs. The songs we have chosen are the ones that have stuck around, for whatever reason. Some songs are those that demand to be played live. Others are lesser songs that are personal favourites of ours. Others are just too big and have too much history to leave out. And there are those that didn’t make it, poor things. They are the ones you must discover by yourselves.”

Lovely Creatures will be available in four different formats: Standard CD, Triple LP, Deluxe 3CD with DVD and the Super Deluxe Limited Edition package. A collection of previously unseen photos, as well as a series of original essays, comes packaged as part of a limited edition “Super Deluxe” version of the album. Both deluxe editions feature a two-hour DVD comprised of rare and archived live footage. 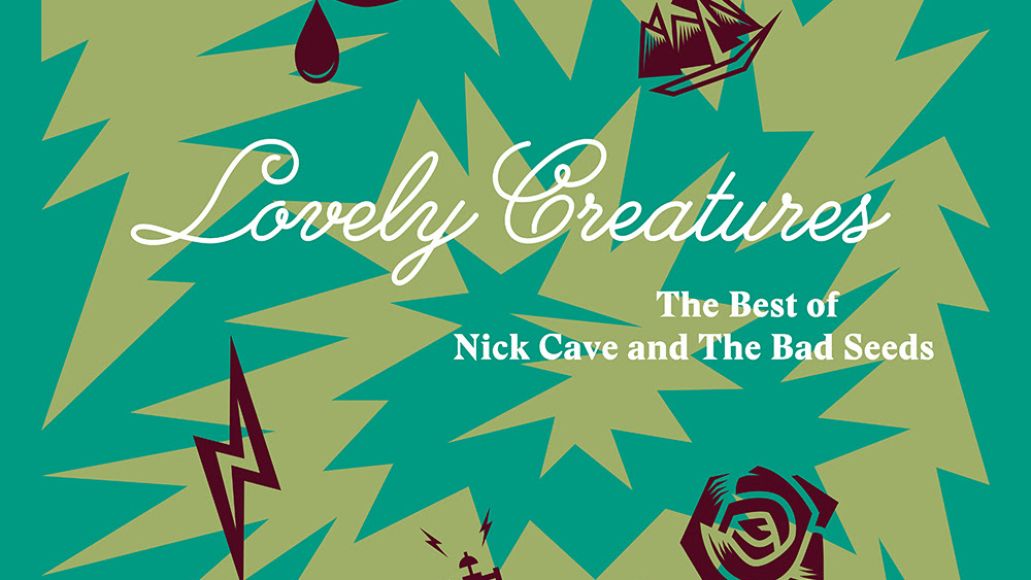 Cave released a more detailed statement on Lovely Creatures via his website:

Lovely Creatures: The Best of Nick Cave and the Bad Seeds was initially scheduled for release in the autumn of 2015. Thirty years or so had passed since the band had formed and much had happened during that time – the band morphing into as many versions of itself as there were albums to reflect this. It felt, to me, a good time to pay tribute to this unique creation.

The release of Push the Sky Away in 2013 felt, after so many reinventions, not just another incarnation but the throwing open of the doors to a new way for us as a band to make music. I read Iain Forsyth and Jane Pollard’s diary-essay that completes the text for the book and I remember those times in all their creative joy, but from a great distance; for time and sudden fate had since created a different person to inhabit this old skin. Time became ancient history in a heartbeat as circumstances beyond my control took hold. It then became imperative and a matter of great urgency to make a new record and allow this different person to speak.

The Bad Seeds made Skeleton Tree in Paris towards the end of 2015 – in a strange, raw and different present. Whatever Skeleton Tree became, it was a wholly necessary addition to the band’s story. Lovely Creatures lost, for a time, its place in the narrative. Now, it seems the time is right to recognise and celebrate the Bad Seeds and their many achievements. So here, at last, it is: Lovely Creatures.