Raekwon’s voice hasn’t changed all that much. Twenty-something years of sipping on Coors, smoking fine cigars, and spitting razor-blade rap classics hasn’t deteriorated the Chef’s dense verbosity. His larynx is still the cutting weapon that made him one of the Wu-Tang Clan’s most powerful swordsman. His lines strike like the swift swoop of a katana blade. Rae may be one of Mafioso rap’s chief forefathers, but that doesn’t mean the veteran can’t still pull on a knuckleduster when he needs to.

On latest album The Wild, Rae is in fine voice. Coming less than two years after the release of Fly International Luxuriant Art, it’s been a short turnaround. But the Wu rapper wanted to come back hard and fast after what he considered to be a lackluster cycle.

“This album was definitely created in a period of time when I didn’t get a chance to promote FILA in the way I wanted to,” says Rae. “That was around the time of the Only Built 4 Cuban Linx anniversary, so there was just a lot going on. I didn’t get to give you guys an opportunity on FILA in the way that I’m doing now on this album, The Wild. Now I’m able to paint pictures and give you exactly what I want to give you now along with a great visual. It’s just about the timing sometimes.”

The flashy FILA saw Rae cruising at 40,000 feat, sitting on leather seats, and cradling a bottle of Dom Pérignon. The Wild is much more grounded. The rugged boom-bap of “This Is What It Comes Too” soundtracks a classic Raekwon broadcast from “down in the concrete jungle” as he vengefully stomps out a suspected snitch. “Marvin” is dedicated entirely to the tale of Marvin Gaye, the beat throwing back to the mournful soul of the Motown legend’s What’s Going On. “M&N” sees Rae and up-and-comer Pure spit verses built almost entirely with words that start with the same letter. There’s enough of that trademark dense verbiage over throwback beats here to make The Wild a worthy addition to Raekwon’s 24-carot canon.

“It’s all about seasons to me,” he says. “I catch a great season and a great batch of beats and production that makes sense to what I want to talk about, it just comes out of me. I always tell everybody, as a writer, you got great music to write to, it can only make you a better person. I’ve been feeling good like that.”

The Wild is also laced with a sense of celebration. Rae takes stock of his career and raises a glass to his success. “Glorious wine deliverer giving you something so fruitful, truthful/ Heartfelt celebrating this legacy, longevity,” he raps on “The Reign”, On “Crown of Thrones”, he calls himself a “self-made poet.” The luxurious beats — all fulsome samples and larger-than-life living — are for throwing your hands in the air and kissing the sky. It’s 2017 and Rae has outlasted most of his contemporaries by sticking to his principles. That’s worth a salute. 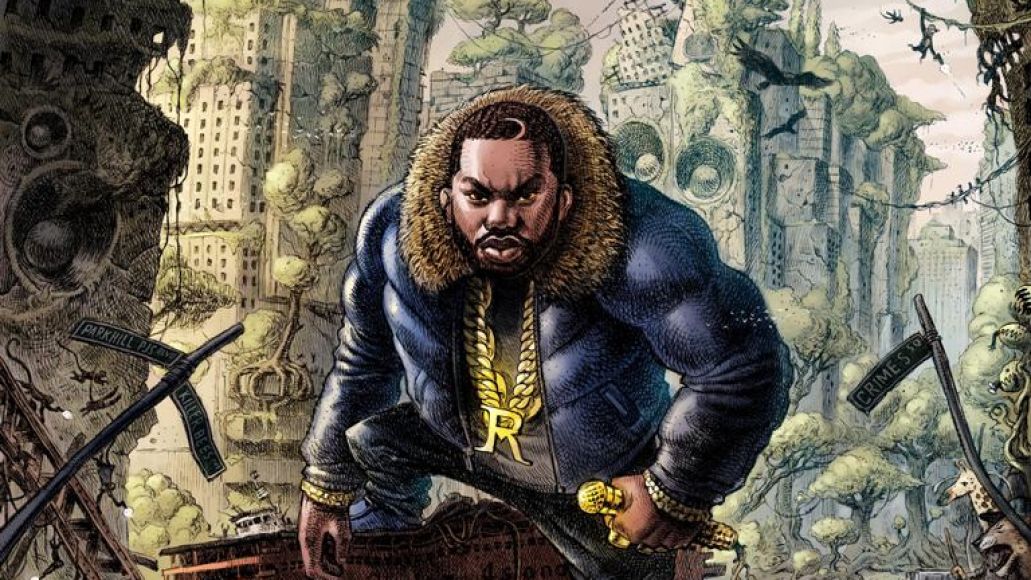 “When I came into the business, I didn’t have a big rap book,” says Rae. “One thing I knew was that this music business was a part of my life and it raised me, so I knew that the passion was always there. But I didn’t see it being as far as it is, to take it as serious as I took it. At the same time, it went from becoming a hobby to becoming a job to becoming a career.

“It’s a good feeling when you know you can reach those pinnacles of life and get appreciated to the maximum,” he continues. “That’s kind of like my food that I gotta keep eating to keep being creative.”

Rae may have ascended to the top of the rap game, but he’s got no problem in acknowledging his musical ancestry and contemporaries. Asked to recite his favorite albums, he rattles them off from the top of his head quicker than you or I could manage total recall. It’s a list loaded with old-school flows and golden-age gods. Records more timeless than Raekwon’s leather coats and Clarks Wallabees. 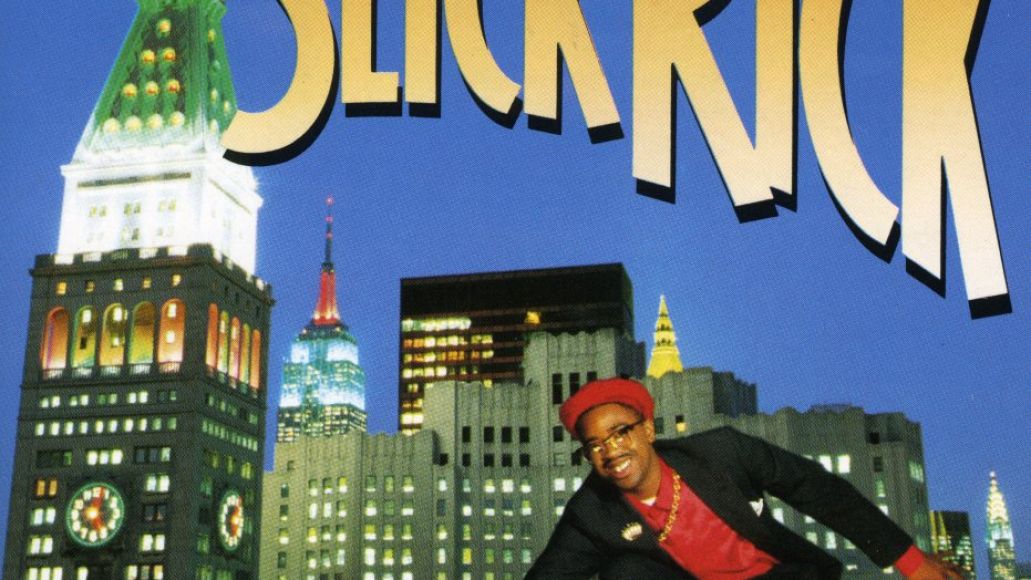 “A classical storytelling album. It definitely was an influence. Rick wrote some of the illest stories ever. He definitely inspired me to be great at storytelling. That rubs off on me in the greatest way.” 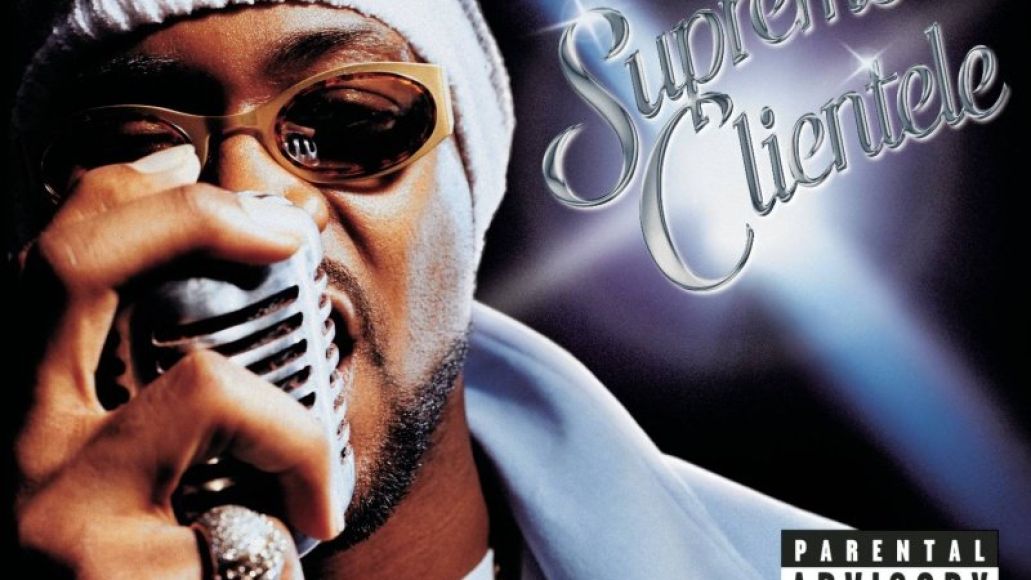 “Some records you know when you hear it finally together, you kind of already know what you’re doing. One thing about [Ghostface Killah and me], we’re music architects, and we only want to make the best every time. I know Ghost was saying he was going to work on [Supreme Clientele 2], but I guess he got sideswiped, because Ghost is a hard worker; he’s all over the place. I guess when it’s time for you to have it, you’ll have it, but I can’t tell you exactly when or what’s his plan. It just depends how he feels at that moment. If he wants it to come out, it’s going to come, so we’ll see.” 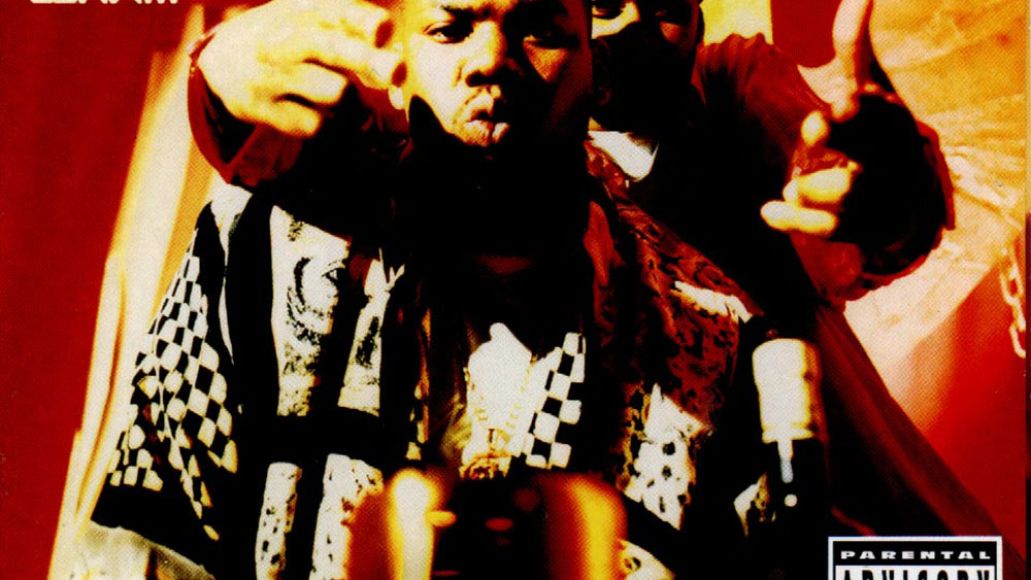 “That was a movie made [into an] album. It describes my life. If there was any way I knew how to describe it, it would be that album. That album right there was my walk into understanding what it is to express yourself musically. It felt good to make that.” 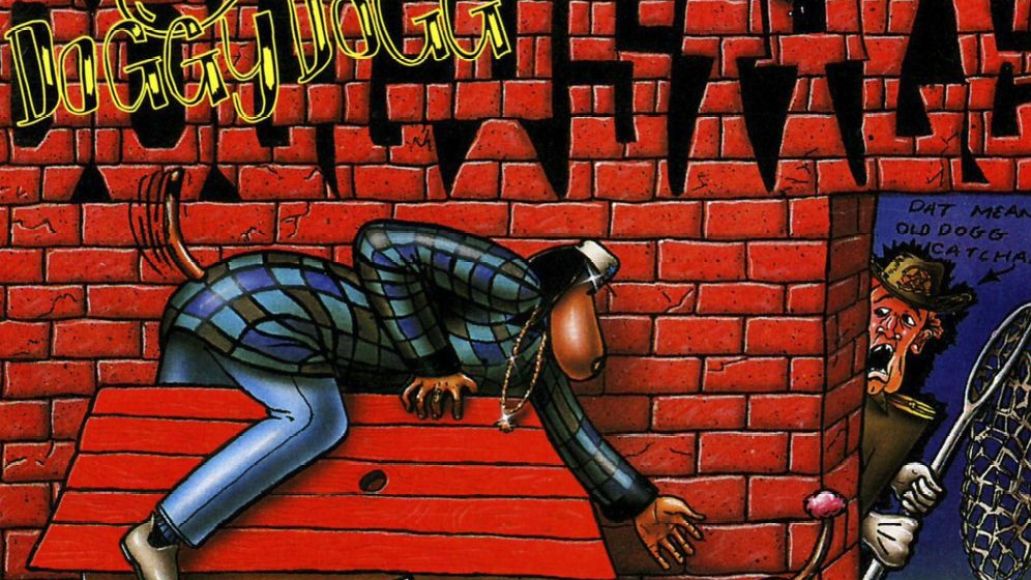 “Snoop made a statement with that album. Coming in, the production, it was flawless. It was definitely one of those albums when you could tell that Dre and Snoop were really trying to make a move happen. To me, it just started me to thinking like that, ‘Yo, if I make an album, it has to be strong. It has to be influential.’” 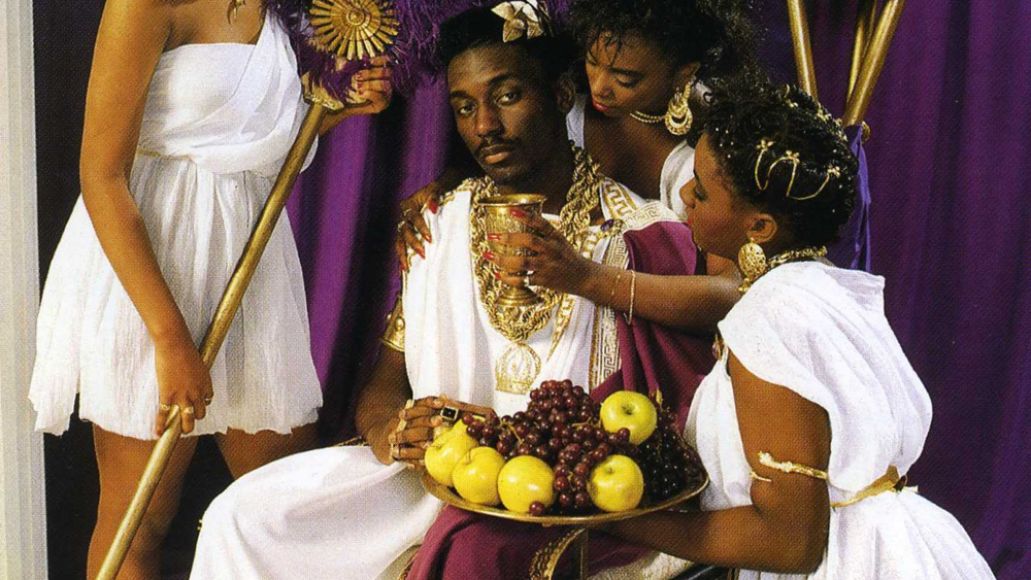 “I was a kid. The videos and everything that were coming on TV at that time, Kane was one of those guys. He had the lyrics, he had the style, he had the jewelry, he had the charisma, he had the wordplay. These are guys who kept us wanting to listen to music because everything they were saying, it was relatable, it was clever. It was about just being dope on the mic. That, to me, was one thing that I’d always wanted to do, to be as powerful as those guys.

“I seen Big Daddy Kane one day. He told me, ‘Yo, you don’t have to do anything else; you’re in the books already, congratulations.’ It was like being in the hall of fame.” 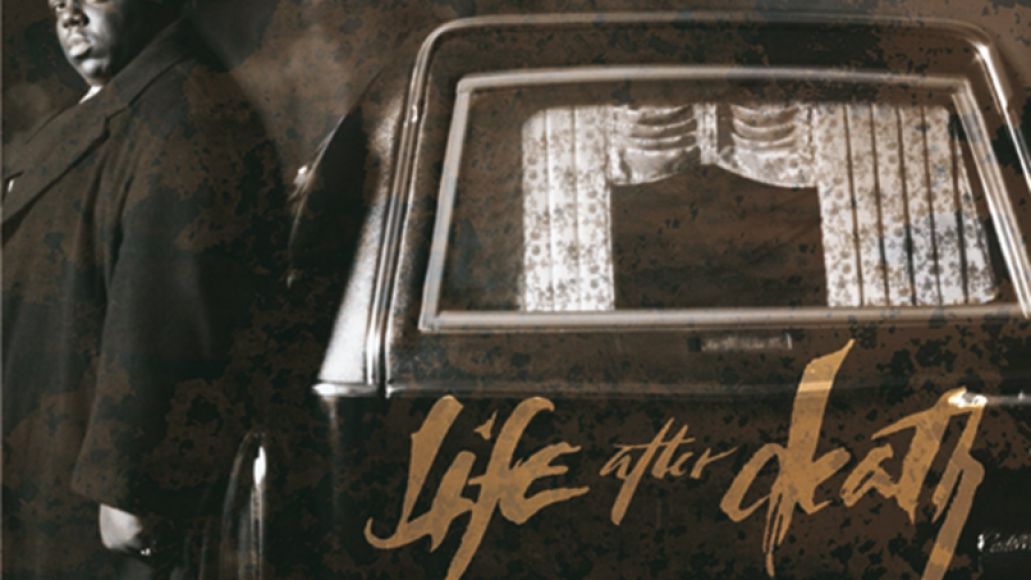 “I miss Big. When he was here, he was a dope artist. He definitely was influential, too. That album right there had a lot of wordplay, a lot of selections of music that made everybody feel good about it. Big gave you every side of who he was on his albums. And, to me, that’s what a body of work represents. It went on to move a lot of units, too, because of the quality of it. Just a dope album.” 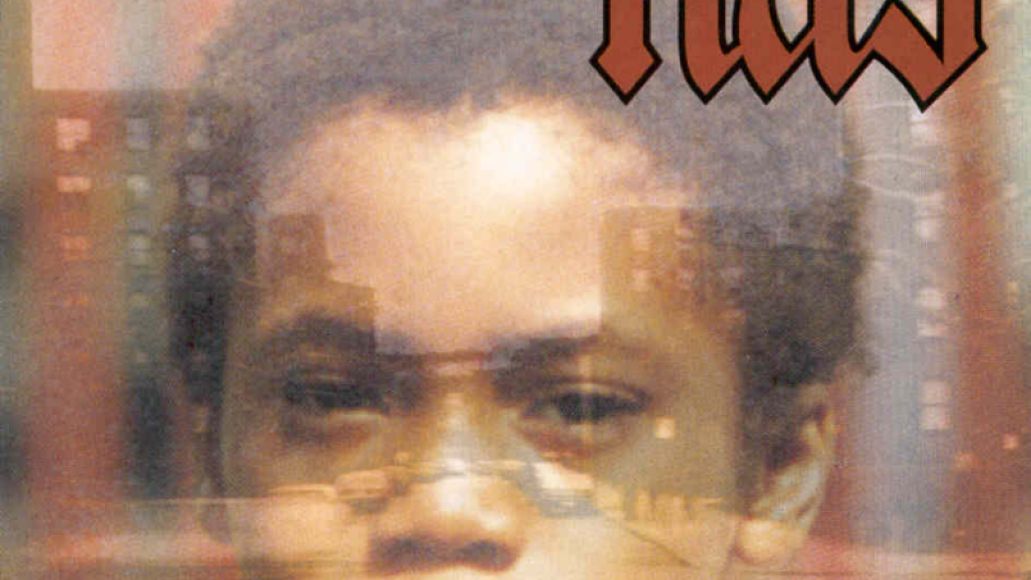 “All those albums I mentioned have some kind of reflections to everything that I’ve done to this day, as far as thinking of bodies of work that really meant something.” 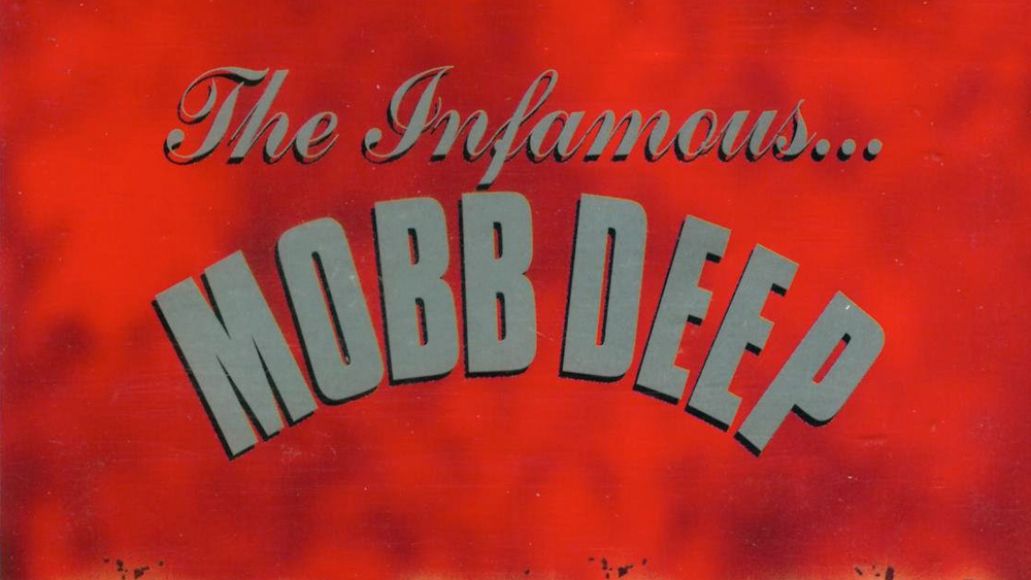 “Mobb Deep are definitely one of my favorite rap groups of all time. The production on there was monster. You can tell these dudes were just making what they wanted to make. But it was that talk; it took me back to being a scrambler on the block.” 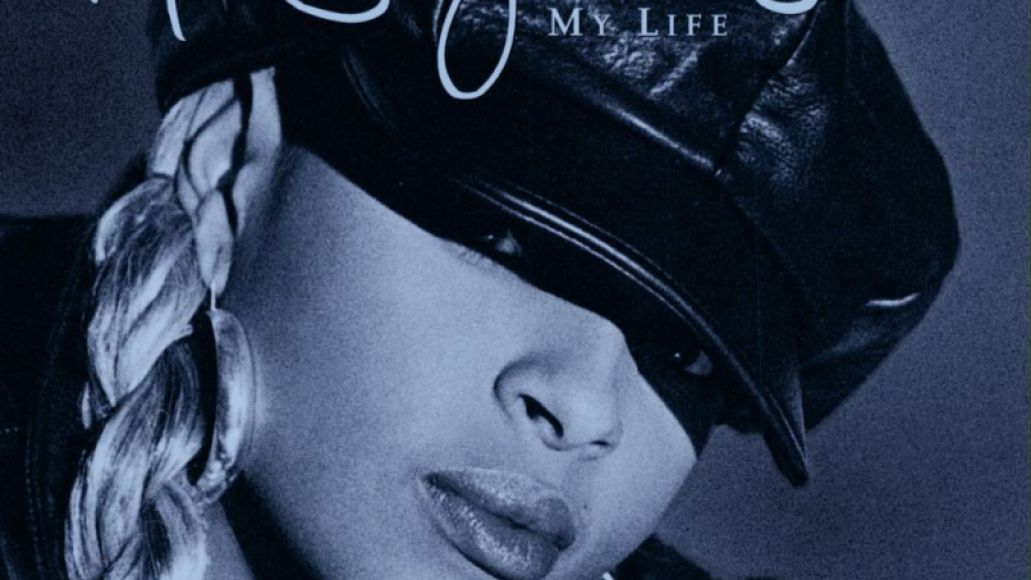 “I’ve always been big on R&B music. That album there was a beautiful album. It’s like looking at an art picture and saying that’s a beautiful picture. That’s how Mary did what she did. She played with something that you could tell she wanted to make a statement. It’s important when you, as an artist, make a statement on your albums. She spoke up for women’s empowerment in way where it was 100 percent accurate.” 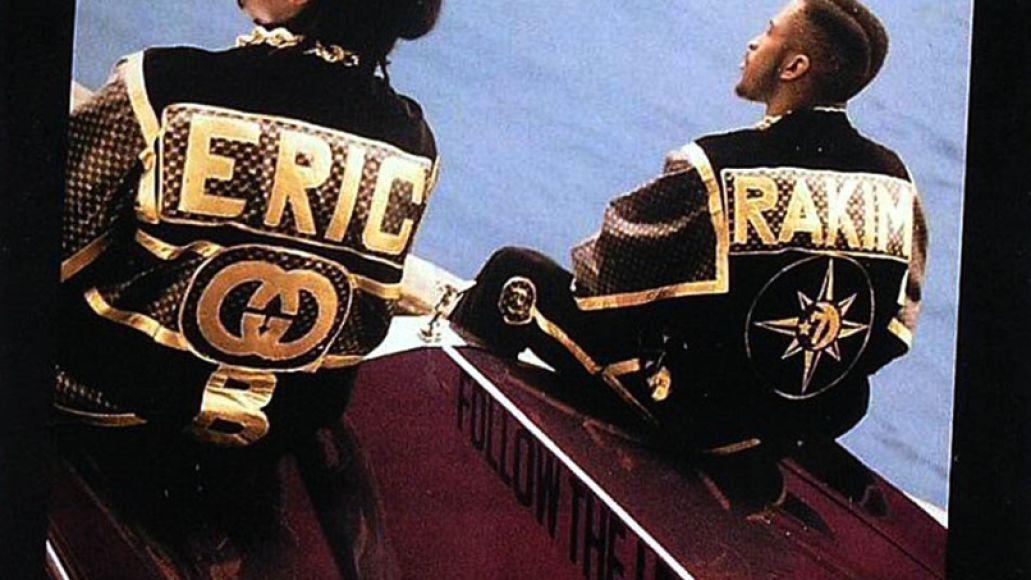