Recorded in Los Angeles, Hippopotamus spans 15 songs, including titles like “Giddy Giddy”, “I Wish You Were Fun”, and “Missionary Position”. According to an official statement, this new material finds brothers Ron and Russell Mael “take the pop form, shake it up, and create an album that is adventurous, fresh and idiosyncratically ‘Sparks.'”

Our first look at the comeback LP comes with its title track and accompanying music video. True to Sparks’ word, both are zany yet undeniable pieces of work centered around the African mammal. Check it out below. 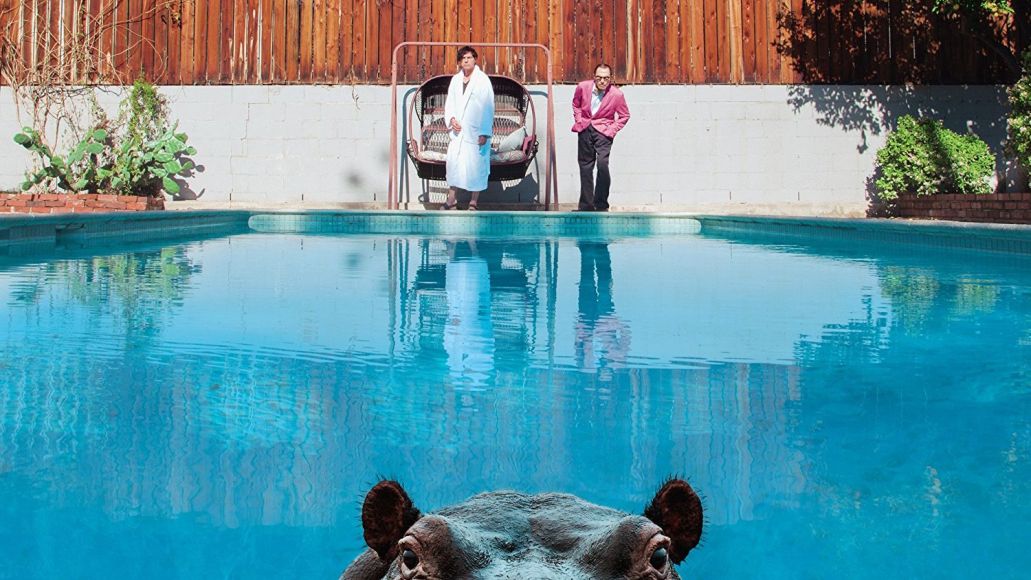 Sparks will support Hippopotamus with a full-fledged world tour, the European dates for which have been revealed.