There’s been a lot of controversy surrounding Paramount’s live-action remake of Ghost in the Shell. Scarlett Johansson leads the film as field commander The Major, a prominent starring role that could have ostensibly gone to an Asian actress given how it’s a rare opportunity in Hollywood. Instead, Johannson’s casting serves as yet another complicated example of another Hollywood studio misappropriating another non-American storyline to fit another narrative that’s more marketable.

In an industry where these roles are difficult to come by, casting decisions like this feel like a major step back to people of color who have continuously been bypassed for the lead role in their own tales — and it happens all the time. Later this year, Netflix will deliver a live-action adaptation of another popular manga with Death Note, and as expected, the cast is largely Caucasian with the exception of Keith Stanfield. In other words, the battle for equality is far from over in Hollywood.

Despite these issues, however, there’s one aspect to the film that’s particularly exhilarating: the return of Takeshi Kitano, aka Beat Takeshi, to Western cinemas. The beloved comedian, actor, director, and painter, among a million other things, is a long celebrated entertainer and arguably one of Japan’s most diverse artists. The decision to have Kitano play Chief Daisuke Aramaki is a stunning ode to his legacy in film, television, comedy, and drama, and we’d like to celebrate his career.

Born in Tokyo and having studied at Meiji University, Kitano first rose to prominence in Japan’s comedy scene as part of a Manzai duo called Two Beat. Alongside his partner Beat Kiyoshi, the two quickly became renown for their dark and morbid sense of humor. Kitano played the “funny man” (known as boke) to Kiyoshi’s “straight man” (known as tsukkomi) and traditionally poked fun at the more vulnerable citizens of society, from the elderly to women to the poor. Although he’s toned down his act considerably over the years, he’s still seen as a controversial figure in his country.

Eventually, Kitano transitioned into a solo act and began hosting various reality show programs, which helped him become one of the biggest comedians in Japan. Opposed to the States, where reality television is often dismissed, Japanese television dedicates the majority of their programming to game shows and panels that feature celebrities known as “talents.” Sanma Akashiya, Tamori, and Beat Takeshi are often credited with being the “big three” comedians to come out of Japanese television during the eighties, and all three remain beloved by the Japanese public.

Even now, Kitano remains the host of Unbelievable, a long-running television show that features a wide range of stories that are, as the title suggests, “unbelievable.” These range from ghost stories, to surviving major accidents, to something as old fashioned as a rags to riches tale. It’s the stuff of nightmares for any child growing up in Japan, and why they likely prefer seeing Kitano in Sekai Marumie, a travel program that finds him wearing elaborately stupid costumes as a co-host.

However, what has long separated him from Akashiya Sanma or Tamori is his lucrative career in film as both an actor and a director. In fact, his work in this area has been so influential to Japan’s film industry that he’s often seen as a modern day Akira Kurosawa. While that’s certainly open to debate, his editing and directorial motifs do happen to mirror the legendary filmmaker’s style, what with his long shots, juxtapositions, and slow pacing.

Over the years, his dramas have been tense and emotional, set in dark, gritty worlds that traditionally center around the Yukuza or the inner-workings of the police, and Kitano certainly has the look for this edgy scenery. In 1994, he survived a terrible motorcycle accident, leaving him paralyzed on the right side of his face, which gave him his signature chip-on-his-shoulder, tough guy look that most of his on-screen characters warrant.

So, while Ghost in the Shell admittedly has its shortcomings, Kitano’s return to Western cinemas should be worthy of your applause. He hasn’t been seen around the States since 2000’s Brother, and seeing him step away from his own traditional work for an anime remake will be particularly interesting for Japanese viewers. Besides, he’s always shined in tough shells, and Chief Daisuke Aramaki could be one of his best shells yet.

Now that you’re up to speed, start celebrating his return by revisiting five of his most iconic performances to date…

A powerful movie that cemented Kitano’s place in the film-making community, HANA-BI explores a retired police officer’s relationship with his dying wife while he comes to terms with financial instability from his sudden retirement. Filmed at a slow pace, the film explores human relationships in the grips of hardship and what it means to be good in the face of law and reality. Kitano’s early work took on a dark and serious look at life’s harshest realities, and the critical acclaim this film received helped give weight to the former comedian’s budding career. Before HANA-BI, many considered his cinematic resume a hobby; in the eyes of the Japanese public, the film’s accolades transformed Kitano into a serious director.

A tale between a man and a young child abandoned by his mother, this transformative film was inspired by Kitano’s own experiences with his father, Kikujiro Kitano. Shown as chapters of a summer diary by a young boy, the two travel through Japan to find the boy’s mother. Straying from his Yakuza films, Kikujiro showcases comedy and light-heartedness during tragically difficult moments in a boy’s life.

Zatoichi follows a blind swordsman with a penchant for pissing people off and kicking some ass. It’s always a challenge to remake a classic character, but surprisingly, this is Kitano at his best. Angry, funny, and with a chip on his shoulder, he managed to breath new life into an already beloved character. Featuring a modern touch and a blond Zatoichi, the character proves to be sharper than ever. 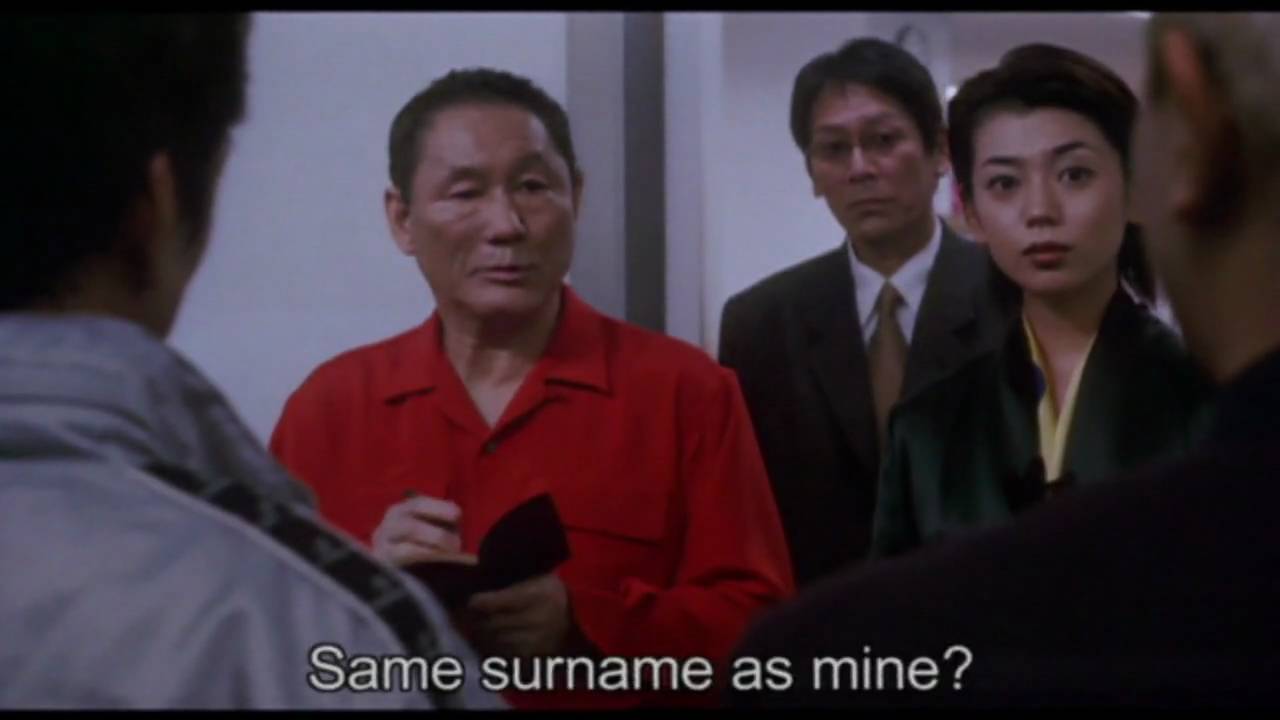 Kitano enjoyed a foray into surrealist humor for a short while, and Takeshis’ may have been one of his weirdest among that period. He plays himself, a busy comedian and director, as well as an aspiring talent who’s still struggling to make it big. It’s a bizarre film, to say the least, but with self-actualization as a major theme, the film explores the dream state and chaos ensues. 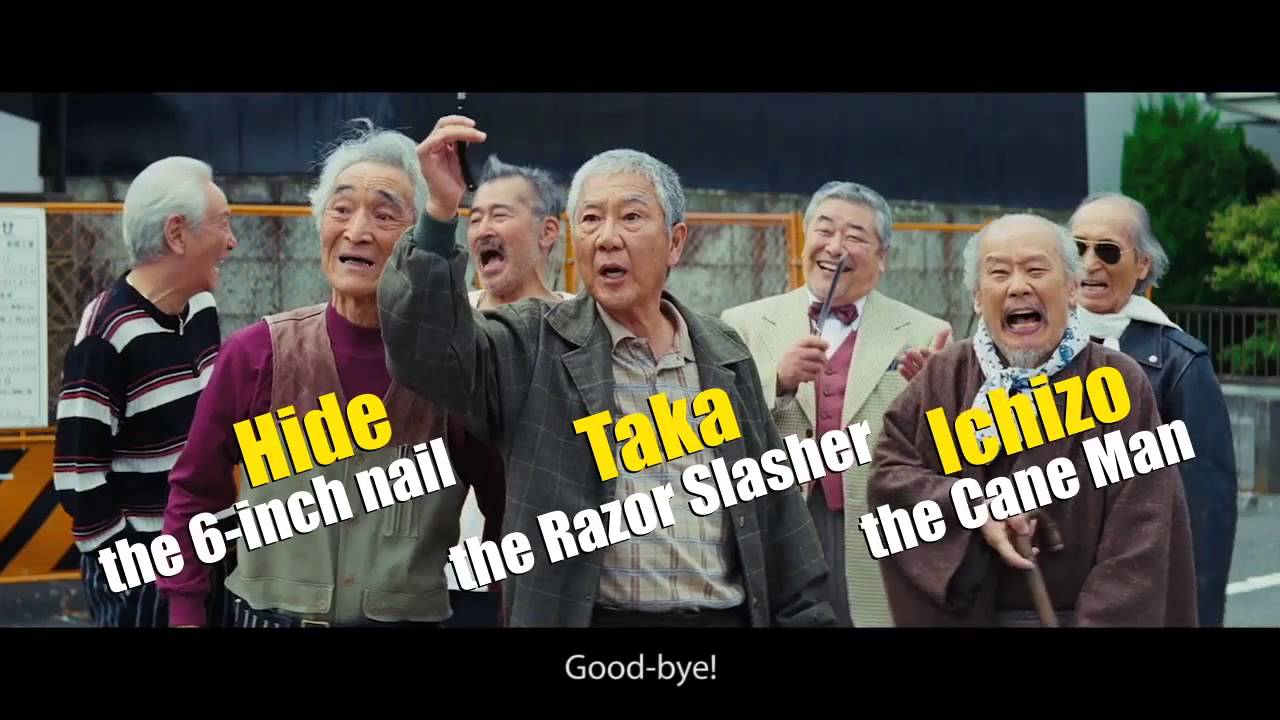 Featuring a gang of retired Yakuza members uniting to take down the younger generation, Ryuzo and the Seven Henchmen takes the Yakuza culture Beat Takeshi so freely explores and spins it on its head. The story takes the retired men on a hilarious journey and points at Japanese society and their fear of looking bad in the public eye. The opening scene features the once-great Ryuzo being disciplined by his salaryman son and berated for his past. Tatsuya Fuji’s acting is particularly noted for its authenticity, and the film is a humorous look into Japan’s aging society.