Dusting ‘Em Off is a rotating, free-form feature that revisits a classic album, film, or moment in pop-culture history. This week, Collin Brennan asks contemporary artists about the timeless appeal of The Velvet Underground’s debut.

If The Velvet Underground & Nico taught us anything, it’s that perfection in rock and roll is actually the inverse of perfection. There are no golden ratios to be found in Sterling Morrison’s spiraling guitar work on “Heroin”, no sublime sense of symmetry to glean from John Cale’s noisy electric viola on “Venus in Furs”. There is only a vast collection of sounds that shouldn’t work but somehow do. To a classically trained ear, a song like “Run Run Run” is a disaster masquerading as pop music. Lou Reed’s lead guitar lurches left and right with drunken imprecision, Moe Tucker’s drums play hide-and-seek inside the fuzzy production, and producer Andy Warhol — yes, that Andy Warhol — refuses to step in and color the scene with even the slightest hint of professionalism. It’s messy and chaotic and prone to sadomasochism in both concept and fact. It’s also, 50 years after its initial release, widely considered to be one of the greatest rock and roll albums of all time.

Isn’t it funny how that works? Back in 1966, when punk was still just a vague urge to piss people off and New York City wasn’t yet a theme-park version of itself, a mismatched group of artsy types teamed up with a German fashion model and a world-famous pop artist and — boom! — the sound of a generation was born. If the mass-market rock and roll peddled by groups like The Beatles and The Rolling Stones was considered subversive for its time, this stuff was downright scandalous, barely even attempting to stay in key as its visions of drug abuse and licentious sex danced across the vinyl.

We hope you enjoy the following collection of mini-essays and off-the-cuff ruminations. Better yet, we hope it makes you go back and revisit the music that started it all.

The Sounds and Textures

Tom Krell of How to Dress Well

This record taught me more than I could possibly explain in just a few words. In a way, I’ve been trying to explain what this record sounds like and means across my whole career. From song to song, the lyrics move from pure and tender love to twisted and exciting and devastating desire; they move in turn from a description of objects in the world and people in cities to pure autobiographical phenomenology of affect and intoxication.

They appear as pure pop, formally speaking (thanks to Reed’s conciseness and Nico’s beautiful voice), yet always underpinned and sometimes even completely blown apart by textures and sound qua physical reality (Cale’s contributions are so damn amazing). Some journalist recently told me that my dream of making pop music that is not merely populist was just that — a dream, something that could never exist in reality. Luckily, I could just point to this record and tell them to go back to their desk while I keep trying to make music the right way. 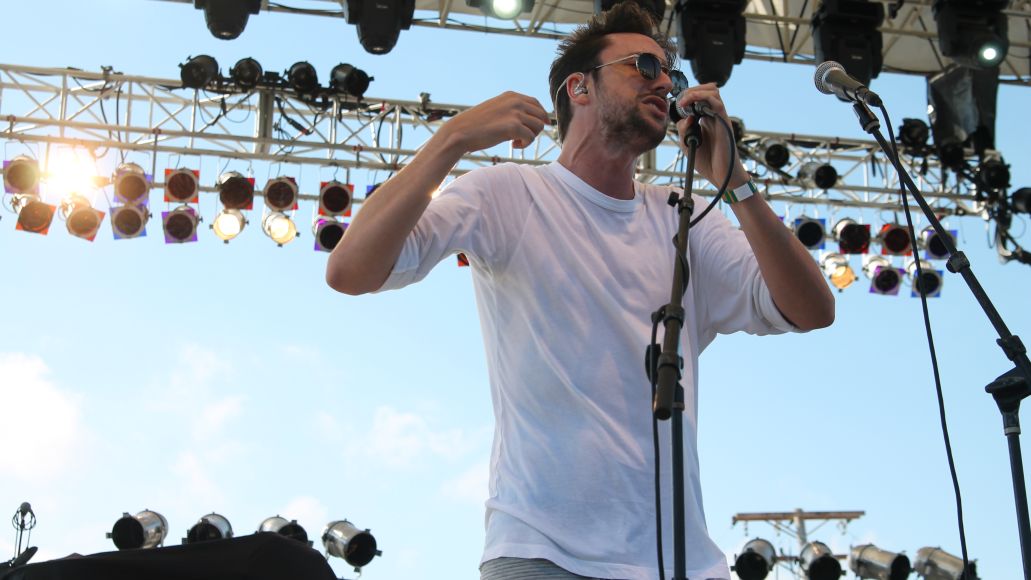 How to Dress Well (Photo by Killian Young)

Kevin Martin, a.k.a. The Bug

The combination of Cale’s wonderful din and Reed’s gutter tales added the friction I’ve subsequently come to covet in most areas of music and art. At that time, I was all about noise, antagonism, and the post-punk “fuck you” so beloved of PiL, The Fall, and The Birthday Party, all of whom probably also worshiped at the same altar of VU. But as time passed and I finally accepted an opening for melody in my life, I came to realize the most perversely brilliant music of all combines sugar and spice, noise and harmony, sick sonics and earworm hooks. The Velvet Underground & Nico epitomizes that swoon and crash.

I first heard The Velvet Underground & Nico when I was a teenager. Immediately, I knew it was something special, some kind of connection. Over the next few years, I subconsciously based my whole guitar style on the intro of “I’ll Be Your Mirror” and the rhythm playing on “Run Run Run”. From a recording standpoint, I still attempt to get my guitar to sound like Sterling Morrison and Lou Reed’s on that LP. And it never quite does.

I was raised on the ‘roided-up drum sounds of ‘90s commercial rock production, so hearing Moe Tucker’s minimalist pitter-patter for the first time in 8th grade when a friend threw on The Velvet Underground & Nico was both a shock and a revelation. “Does this count as drumming? Are they even drums? Why are they so quiet?” Needless to say, the sublimity and directness of her approach won me over and introduced me to the idea that there could be as much power in what you didn’t play as what you did.

The VU’s highly stylized version of fairly straightforward rock and roll has proved so timeless and influential in part because of the elegance of understatement. It just leaves so much to the imagination. What’s really happening in those songs? What’s lurking in those spaces left open by the unplayed drum fills and the missing cymbals? Tucker’s tasteful sensibility plays a huge role in the mystique and beauty and endurance of the VU’s best material and shows dumb punk drummers like me that it’s not always about playing loud and fast and with as many fills as possible. 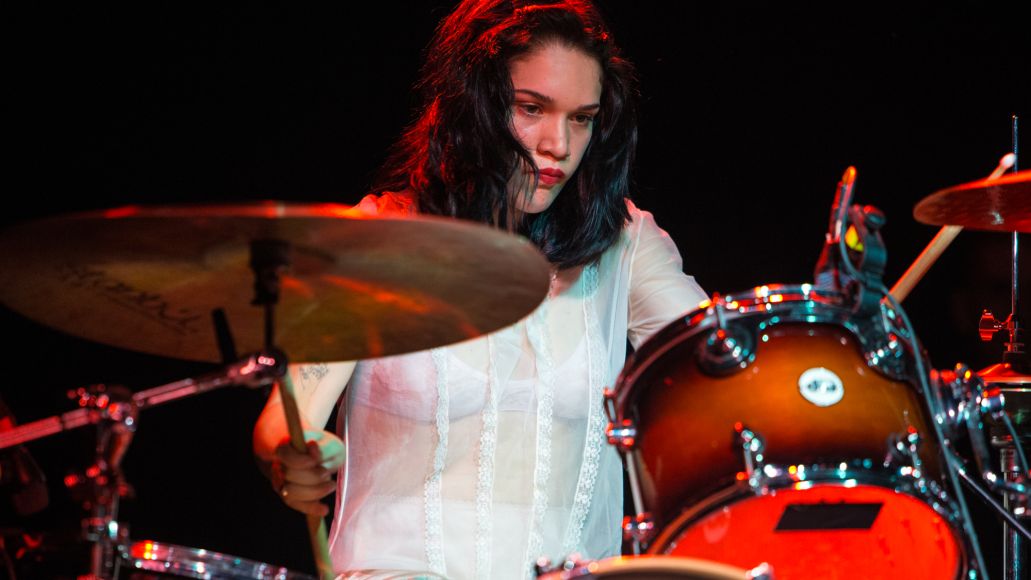 Emmett Kelly of The Cairo Gang

The Velvet Underground & Nico is one of my favorite albums. For me, it began a new relationship to recorded music. My ears were so sheltered before I heard this, having previously been tuned by Kevin and Bean and MTV as a young teenager. It didn’t come like a revelation, though. I was entirely confused. Why would someone make something like this? And I didn’t like it. It was recorded badly, it was out of tune, sung flat, and out of time. But I couldn’t stop listening to it. I needed to know more about it. I became obsessed with it, realizing at some indistinct point that it was in tune and in time and that I had no idea about tuning or time. Most of the music that has been important to me was definitely primed by this lesson I got from The Velvet Underground.

I’m constantly inspired by how much of a vibe and atmosphere they inject into their songs with minimal musical ingredients and simple arrangements. A simple two-chord progression that’s meditative, sexy, and gives you a sense of nostalgia at the same time.

I remember relating strongly to several things. The simple and repetitious chord progressions in “What Goes On” and “Heroin”, where it seemed the band had no intentions of ever ending a song. I connected to the carefree up-down, up-down guitar strumming, zero-fill drumming, soundscape-esque droned-out guitars, and unapologetic stories of life as Lou. I loved the pairing of moments of chaos along with lighthearted and caressing songs like “Sunday Morning” and “Candy Says”. VU is one of those bands that has a song for every mood, time, and place.

I was about 11 when my parents moved my sister and I to the San Fernando Valley and a neighbor handed me a cassette tape and said, “This is better than what’s playing on the radio.” The tape read The Velvet Underground in thick, white, bold caps.

I went home and immediately played it through my little jambox I used to make homemade tapes on … I sat there and listened to “I’m Waiting for the Man” over and over again. I felt I had discovered a hidden gem. When I heard its driving rhythms, I knew exactly what I wanted to do with my life. I wanted to make music that hits people the same way “I’m Waiting for the Man” was hitting me in that moment. I didn’t have a band at the time, but I did have a bass guitar and a garage to start one with my sister. Since then, my sister and I are still playing together, touring, and now hearing our own music on the radio.

The Velvet Underground is the best and most influential American band of all time. When “Sunday Morning” comes on, it’s as if someone is opening the door for you and saying, “Come on in, friend, and step into one of the greatest albums of all time. Stay a while, won’t you?” “Femme Fatale” alone inspired most all of the songwriting of my old band, The Babies. The call and response between Lou and Nico is for-ev-er.

I first bought a CD copy of The Velvet Underground & Nico in my early teenage years from a local record store because I liked the cover and I had heard their name before. Years later, I would come to find out that The Velvet Underground was a huge influence on the first wave of Cleveland punk bands. The album has stuck with me over the years. It was one of the first albums that made me feel like it creates its own world.

Brian Eno’s famous quote on VU sort of serves as an important reminder that impact and relevance are not about numbers. In a time when so many things are measured in clicks and likes, it’s nice to be reminded that Lou Reed still worked as a typist after VU.

The Genius of The Velvet Underground & Nico: Artists Reveal Their Favorite Aspects of the Classic Album