Today, The Magnetic Fields return with their first full-length in five years, 50 Song Memoir. Subscribers of Apple Music can stream it in full below.

Due out via Nonesuch Records, the massive 50-track collection follows 2012’s Love at the Bottom of the Sea and might be one of Stephin Merritt’s most ambitious works and something of a sequel to the equally landmark 1999 release 69 Love Songs. The frontman is said to have taken on more than 100 different instruments and, for the first time, sees him writing entirely from an autobiographical point of view — he began recording the LP on his 50th birthday, with each song representing one year in his life.

50 Song Memoir tells, in chronological order, the picaresque story of Merritt’s life almost to date, its better-than-fiction autobiographical details augmented by entertaining footnotes (“Foxx and I,” a tribute to John Foxx, the original lead singer for British new wave band Ultravox), historical digressions (“Judy Garland,” an imagining of the 1969 Stonewall riot that contains a slight but charming fib about Allen Ginsberg), sports commentary (“Surfing”), instructional sidebars (“How to Play the Synthesizer”), literary criticism (“Ethan Frome”), and personal medical history (“Weird Diseases”). On the opening track, “Wonder Where I’m From,” Merritt speculates that he was conceived by “barefoot beatniks” on a houseboat in St. Thomas, the Virgin Islands, and reports, on better authority, that he was born in Yonkers, NY. His musician father was not a part of his life, and his bohemian mother’s wanderlust took them to communes, ashrams, and apartments from Hawaii (“It Could Have Been Paradise”) to Vermont (“The Blizzard of ’78”). He learned his first bitter lesson about the music business when a trumpet-playing paramour of his mom stole lyrics the eight-year-old Merritt had written and then passed them off as his own.

In his glowing review of 50 Song Memoir, our own David Sackllah writes: “The scale of Merritt’s grand experiment is impressive, and the way he infuses each song with such specific callbacks to the time it references offers more insight into his psyche than a book ever could.” 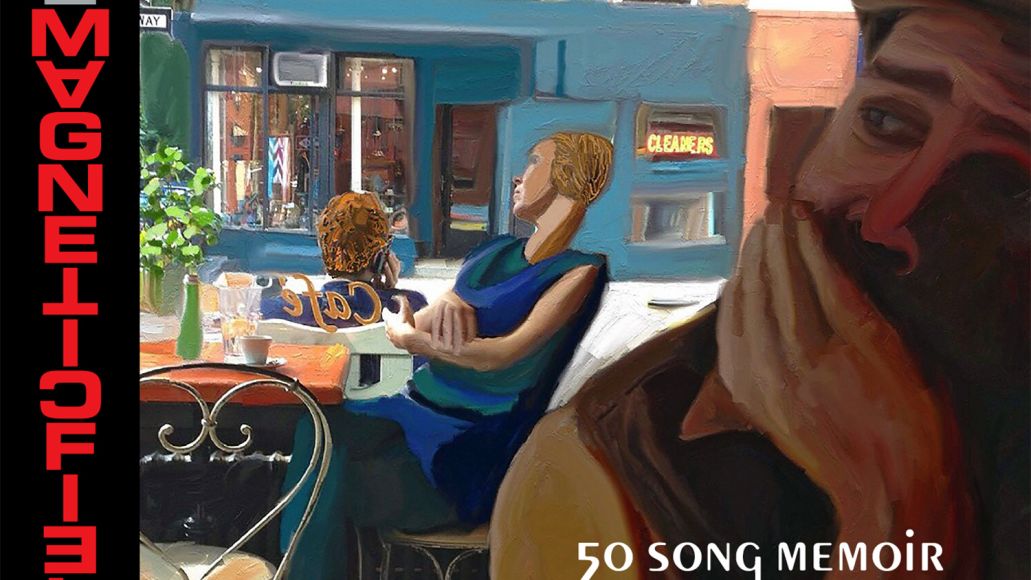