Last week, the memorabilia dealer Moments in Time listed for sale the car Tupac was fatally shot in ahead of the rapper’s induction into the Rock and Roll Hall of Fame. Today, the seller is once again appealing to wealthy collectors of morbid hip-hop history by making the GMC Suburban SUV in which the Notorious B.I.G. met his demise available for a cool $1.5 million.

(Read: The 10 Most Essential Posthumous Albums)

The listing points to registration documents for the vehicle as proof of authenticity, along with a letter from the seller. Apparently, the owner and her husband bought the SUV in October 1997 and used it as their family vehicle for years. They only became aware of its history in 2005, when an LA detective called the couple about its involvement in the shooting of Biggie, aka Christopher Wallace.

According to the letter, the owners decided to approach Moments in Time after they read about the listing for Tupac’s BMW. Though currently the only evidence of the infamous shooting in the SUV is a bullet hole in a seatbelt, the sale also includes the original, bullet-riddled doors which were removed as part of the police investigation.

Conveniently, the listing appears just three days before the 20th anniversary of Wallace’s death, which occurred under eerily similar circumstances to Tupac’s — in both cases, the rappers were victims of drive-by shootings which remain unsolved to this day. 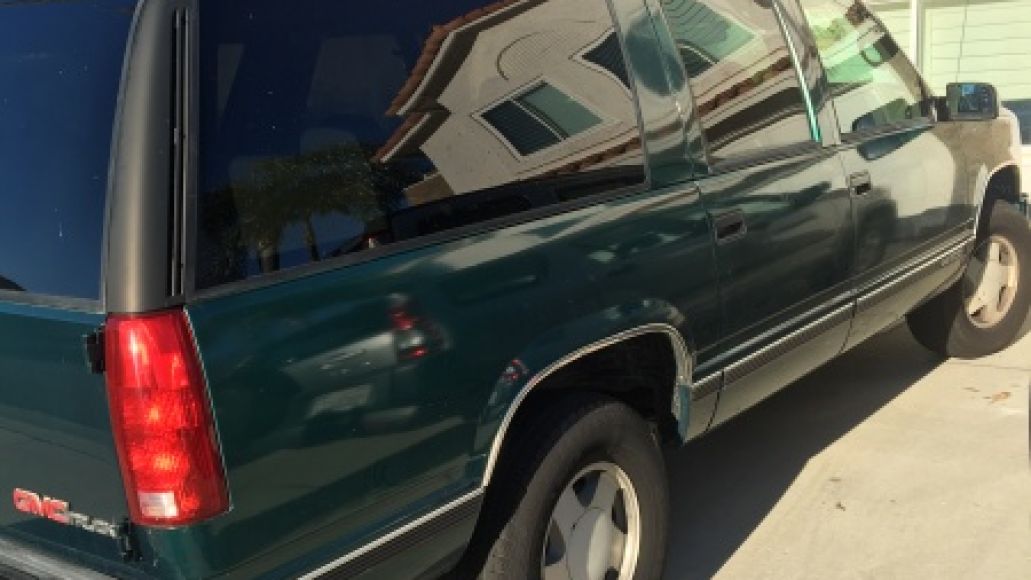 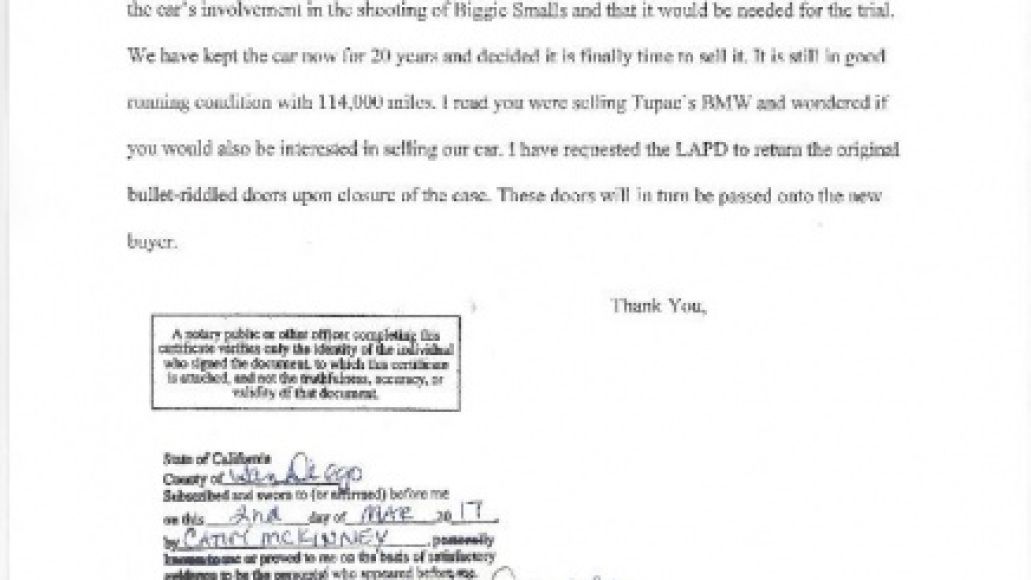 Speaking of the unsolved murder of the forever intertwined rap icons, USA Network has cast actors to portray the pair in its upcoming true crime pilot Unsolved. Variety reports that Marcc Rose, who played Tupac in 2015 biopic Straight Outta Compton, will revisit the role of the Death Row rapper, while newcomer Wavvy Jonez will play the Notorious B.I.G.

Unsolved is about the two major police investigations into the separate murders of Tupac and Biggie Smalls. It’s based on the experiences of former LAPD Detective Greg Kading (played by Josh Duhamel), who led multiple law-enforcement task forces investigating the murders.

The Notorious B.I.G.'s SUV goes up for sale alongside Tupac's BMW