Pop punk purveyor Nathan Williams is never at a loss for new projects. He put out a pair of Wavves albums in 2015, V and the Cloud Nothings collaboration No Life For Me; and last year, he revived his Spirit Club side-project as well as dropped a split single with Weezer. 2017 looks similarly stacked for Williams, as he’s prepping to return with a new Wavves LP this spring.

Titled You’re Welcome, it’s due out May 19th via the group’s own Ghost Ramp imprint. The album serves as Wavves’ sixth full-length overall and collects 12 new songs boasting titles like “No Shade”, “Million Enemies”, “Come Out to the Valley”, and “Daisy”. In anticipation, the band’s shared “Daisy” and the title track via their SoundCloud. Hear them both below, followed by the album’s artwork and full tracklist. 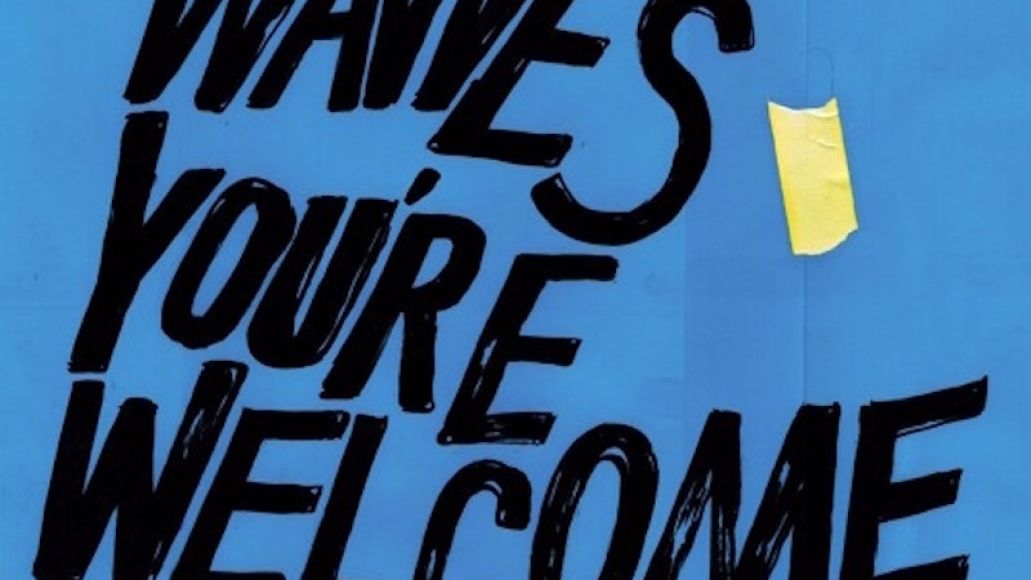 Following a handful of dates supporting Blink-182, Wavves will support their upcoming LP with a North American spring tour.

Update: In an accompanying press release for the LP announcement, Wavves detailed the reasons why they’re no longer with Warner Bros., the major label that issued the band’s previous two solo albums, V and 2013’s Afraid of Heights.

“I’d never come in contact with such a poorly run company in my life,” wrote Williams. “It was anarchy. Nobody knew what they were doing. Turnover rate was like an American Apparel. It was really all cons — unless you’re a cash cow. For everyone else, major labels can’t help you. Maybe at one time they could, but that time is dead.” The statement added:

The day to day of being signed to a major, however, was unpredictable and beyond their wildest nightmares. “I figured it would run the same as [prior label] Fat Possum, just with more people. I was wrong.” By the time they were readying to release their second Warners album – 2015’s V – shots were fired. Williams released single “Way Too Much” on Soundcloud before the label had approved it, the label forgot to sign off on the artwork and, in the end, Wavves felt swept under the rug. Ultimately it felt like a career step backwards.