Photo of Vedder by​ ​Chris Hill

Taking place September 23rd and 24th in Louisville, the all-new Bourbon and Beyond Festival promises to be “a perfect blend of bourbon, food, and music.” As such, the event pairs A-list chefs like Top Chef’s Tom Colicchio and Carla Hall alongside top-shelf Kentucky bourbon and a musical lineup headlined by the likes of Eddie Vedder and Stevie Nicks.

General admission and VIP tickets are available now through the festival’s website. 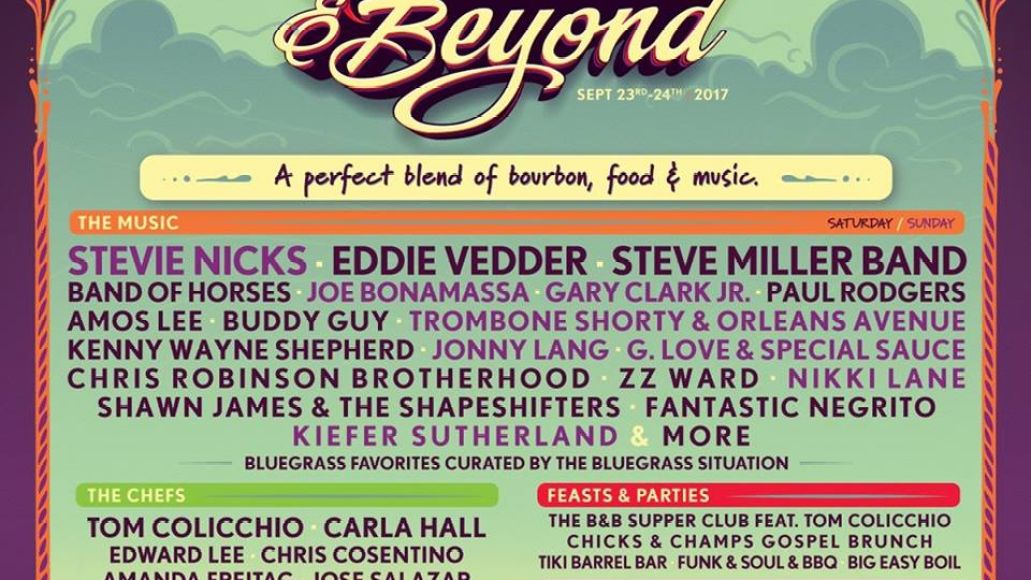