The forthcoming effort was recorded at Station West in Nashville not long after Campbell’s “Goodbye Tour”, which he launched in 2012 after being diagnosed with Alzheimer’s. The singer-songwriter, who turns 81 next week, is in the final stages of the disease.

According to his wife of 34 years, Kim, his quickly deteriorating health motivated him to hit the studio for one final round of sessions. “A new Glen Campbell album coming out in 2017 might seem a bit odd since he hasn’t performed since 2012, and even more odd – if not absolutely amazing – when you consider that he has Alzheimer’s disease,” Kim recalled (via PEOPLE). “Glen’s abilities to play, sing and remember songs began to rapidly decline after his diagnosis in 2011. A feeling of urgency grew to get him into the studio one last time to capture what magic was left. It was now or never.”

“What you’re hearing when listening to Adiós is the beautiful and loving culmination of friends and family doing their very best for the man who inspired, raised, and entertained them for decades,” added Kim, “giving him the chance to say one last goodbye to his fans, and put one last amazing collection of songs onto the record store shelves.”

The album features a number of tracks Campbell “always loved but never got a chance to record.” Some of these include: Jerry Reed’s versions of the Johnny Cash cut “A Thing Called Love” and Bob Dylan original “Don’t Think Twice It’s All Right”; Dickey Lee’s “She Thinks I Still Care”; and “Everybody’s Talkin’,” the Fred Neil-penned hit made famous by Harry Nilsson in the film Midnight Cowboy, which is available to stream here. Campbell and Willie Nelson also team up to sing Nelson’s original “Funny How Time Slips Away”.

Pre-orders for the album can be found here. 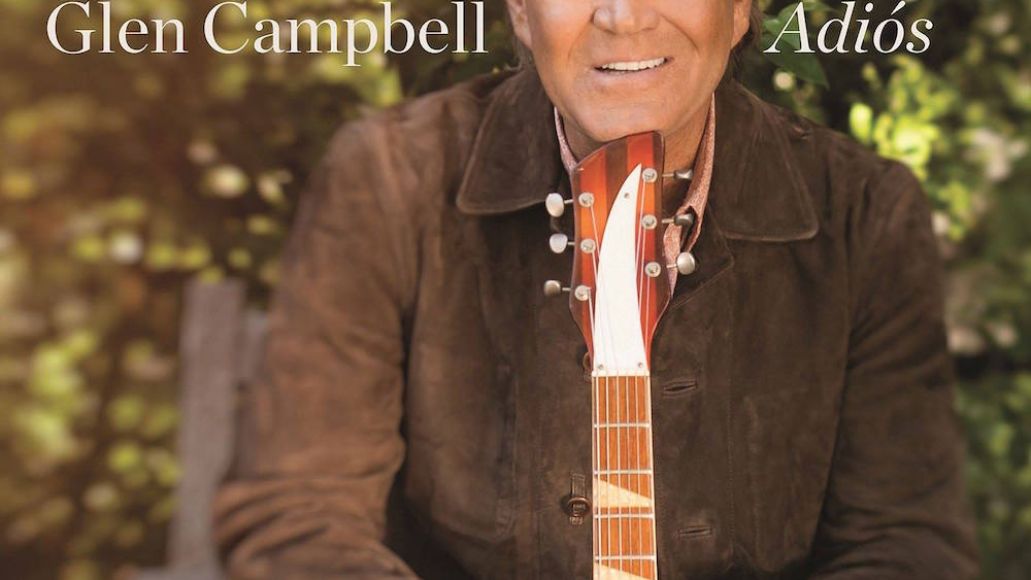