With Rogue One: A Star Wars Story now available for every fan’s living room, Lucasfilm and Disney can finally start focusing on the next billion-dollar blockbuster from a galaxy far, far away: Star Wars: The Last Jedi.

Similar to the rollout of 2015’s The Force Awakens, the first proper trailer for its follow-up dropped during Orlando’s Star Wars Celebration this morning, effectively sending the film’s promotional campaign into hyperdrive a “scant” eight months before its December 15th release. The teaser, which you can watch above, finds Rey (Daisy Ridley) beginning her training under the great Luke Skywalker (Mark Hamill), but as the Jedi legend says in voiceover, “It’s so much bigger.”

In a number of cuts, we see Finn (John Boyega) in some sort of medical chamber, Poe Dameron (Oscar Isaac) and BB8 racing towards the destruction of their X-Wing, and the Millenium Falcon in fighting action. One flashback hints that we’ll also be seeing the destruction of Skywalker’s Jedi Temple at the hands of Kylo Ren (Adam Driver), the incident that gave the latter over to the Dark Side and sent the former into hiding.

Watch the trailer above and keep an eye out for our full report from Star Wars Celebration. Below, peep the first official poster for The Last Jedi. 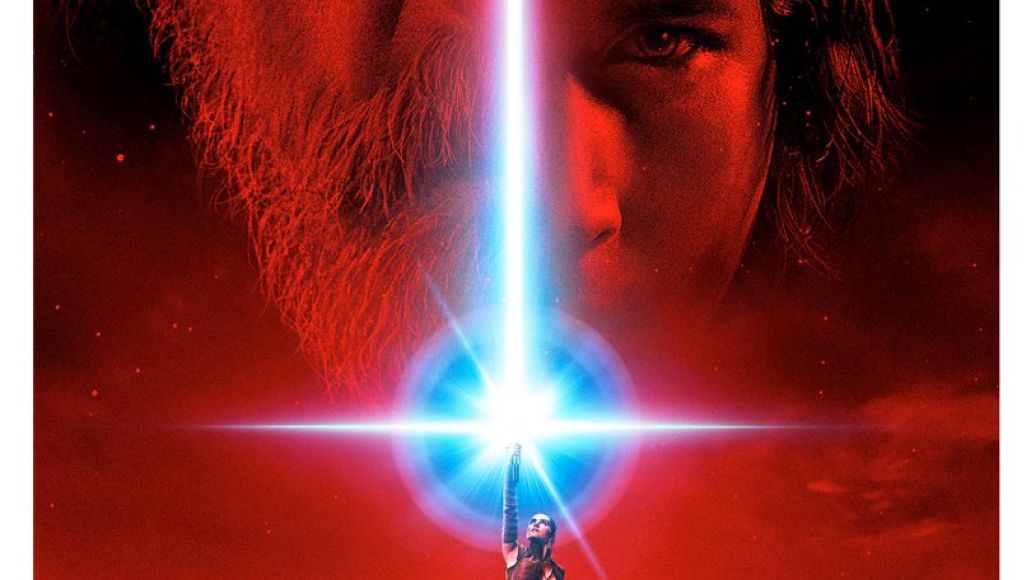 The first trailer for Star Wars: The Last Jedi has arrived -- watch