This article originally ran in 2017 as part of Clash Week, but we’re dusting it off for Punk Week. In April 1977, the UK edition of The Clash’s debut album dropped like Spanish bombs on the punk rock world. To celebrate, we’re getting lost in a supermarket of exclusive features that remind us why The Clash continue to rock our Casbah and remain the only band that matters. Here, Ryan Bray and Tyler Clark dissect the band’s short-but-seminal catalog by way of a few beers. For more Punk Week, grab the new “Punk Is Dead, Long Live Punk!” T-shirt at the Consequence Shop.

In 1997, a time that predated even CD burners, musical discovery often was achieved through mix tapes. In this case, a friend lent me a tape with David Bowie’s “Heroes” on one side and The Clash’s self-titled debut on the other. All due respect to the Thin White Duke, but the b-side got most of the play.

That was 20 years ago, and even then I was considerably late in discovering what much of the world already knew: that this is one of the best band’s of all time. The iconic English punks disbanded after nine years and six full-length records, but they made their relatively quick run count for something truly masterful. The world is full of bands that have been together for decades, and yet The Clash’s ferocious run through pop music history has outshined most of them.

This week marks the 40th anniversary of the start of one of the most dynamic and culturally significant bodies of music in the pop cannon. It began on April 8th, 1977, with the release of The Clash, a record that helped define not only the sound but also the style and ideals of punk rock. That would have cemented the band a sizable legacy by itself, but Joe Strummer, Mick Jones, Paul Simonon, and Topper Headon spent the next eight years building off of their punk credentials brick by brick. London Calling and Sandinista! dazzled the world with their breadth and sonic scope, daring their peers to try and keep up. By the time of 1982’s Combat Rock, they had evolved into a great pop rock band while still keeping their street cred intact.

But as is the case with all truly great bands, the music is only part of The Clash’s legacy. The extent of their importance reaches beyond their songs and records. In their best moments, they helped open people’s minds to new ways of seeing the world. They called out racism, sexism, and all forms of social injustice wherever and whenever they saw it. They spoke about life on the dole having stood on the margins themselves. Their politics championed working people while taking dead aim at the ruling class. They were, to many, the only band that mattered. They still earn the title in the minds and hearts of many today.

Ranking and dissecting The Clash’s discography is in many respects a near impossible feat. But Tyler Clark and I put our heads together in an earnest attempt to make some authoritative sense of the band’s immensely influential work. This ranking is a celebration of punk, funk, reggae, rock, soul, jazz, country, and hip-hop. How in the hell it all works together is still anyone’s guess. Let’s just be thankful for the four guys who made it all work. 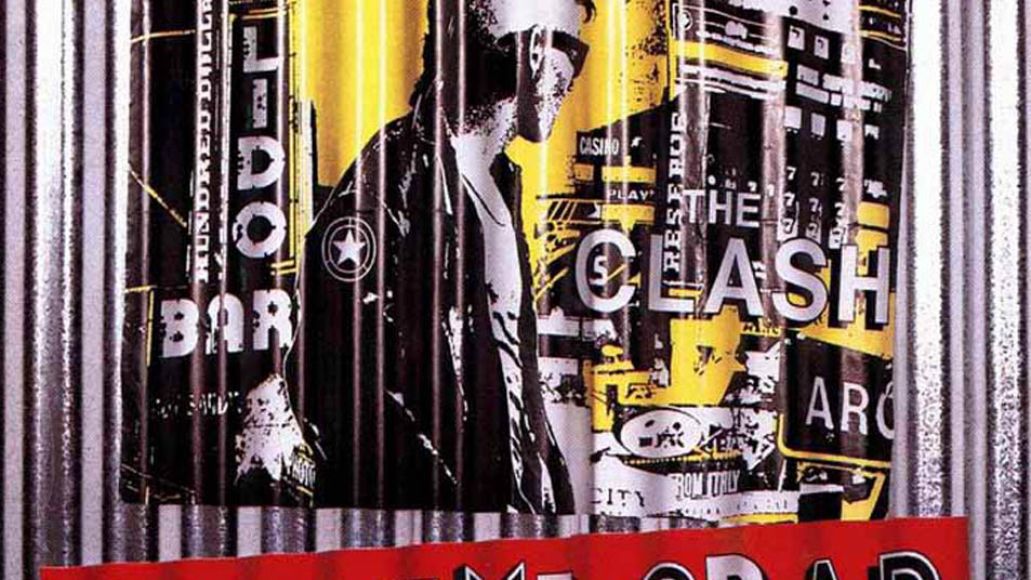 We Are The Clash: The Clash’s legacy was all but cemented by 1985. But the band’s swan song was as big a misfire as its predecessors were triumphs. To be fair, Cut the Crap is a Clash record in name only. Strummer had fired Jones, whose songwriting contributions were sorely missed (Strummer co-wrote the whole thing with the record’s producer, Bernie Rhodes).

Headon was also gone, making room for faceless names such as Nick Sheppard, Vince White, and Pete Howard to fill in the gaps. The end results are lukewarm at best, loaded with half-hearted, distracted stabs at the rock, pop, and electronic music that used to come to the band so easily. It’s the sound of a great band being drowned out by the synth-crazed ’80s. Cut the Crap might be an anomaly, the lone failure in an otherwise stellar body of work. But it still counts against The Clash’s overall score.

Clash City Rockers (Heaviest Tracks): “Dirty Punk,” “We Are The Clash,” and “Movers and Shakers” are the kind of warmed-over guitar cuts that never would have passed muster on the band’s earliest work. Here, though, it’s really the best that fans can hope for. Rock and roll, let alone punk, feels like something from a long distant past on Cut the Crap.

This Is Radio Clash (Singles): For as haphazard as the record is on the whole, “This Is England” is actually a respectable single. It might still be too glitzy and synthy for the taste of Clash purists, but if there’s one track on Cut the Crap that still at least halfway feels like The Clash of old, this is it.

Magnificent Seven (Seven Best Tracks): There aren’t seven good songs total on the record. Nevertheless, “This Is England,” “Dirty Punk,” and “Cool Under Heat” aren’t all that bad.

Every Album by The Clash Ranked From Worst to Best