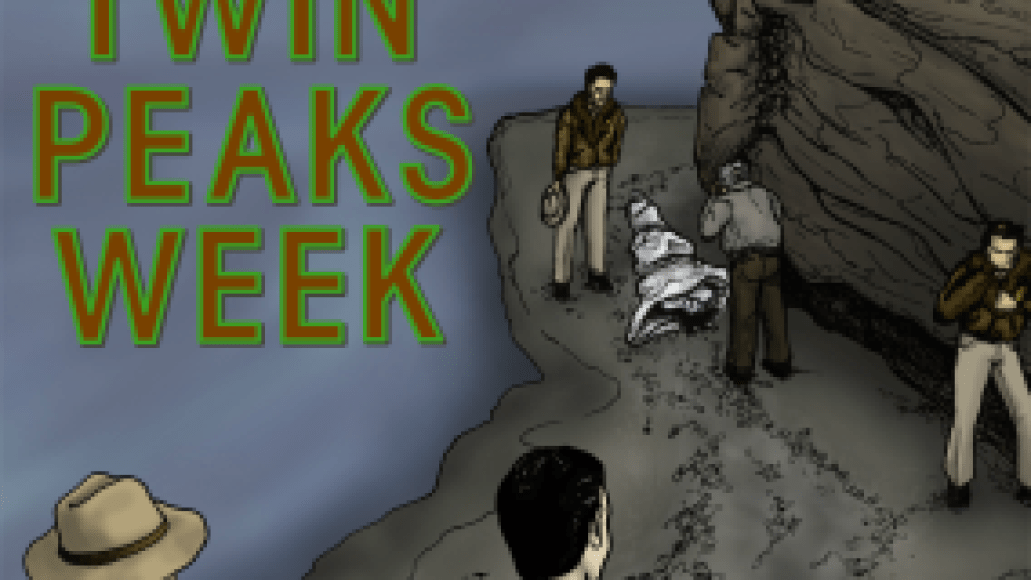 On Sunday, May 21st, Showtime will take us back to the small logging town of Twin Peaks. In anticipation, Consequence of Sound will be reporting live from The Great Northern Hotel with some damn good features all week. Today, Kelly McClure looks back at several mysteries that never got solved in our first visit to Twin Peaks. Might some answers be coming shortly, or are some things better left unknown?

Our last visit to Twin Peaks, the wooded wonderland of dark secrets and deep appetites created by David Lynch and Mark Frost, was on August 28, 1992, when Twin Peaks: Fire Walk with Me hit theaters. The movie followed the then-series finale of Twin Peaks, which aired on June 10, 1991, and served as a prequel, detailing the last seven days of the show’s main character from beyond the grave, Laura Palmer.

On May 21, 2017, we’ll revisit the town again for the first time in 25 years with a brand-new season that Lynch refers to as an 18-hour feature. He argues that the 18 episodes should be seen as 18 “parts,” an important distinction in the mind of a man whose lake of consciousness is filled with so many themes and symbols, like jumping fish, that there isn’t a net large enough to catch them all.

While Fire Walk with Me tied together a few things left dangling after the series came to an abrupt end — namely, the specifics of how Laura died — many mysteries were left unsolved which, according to Lynch and Frost, was kind of their intention all along. When they first learned that the cord was about to be ripped on the show, the writer and director were forced to speed towards an ending that they never planned on, or at least not so soon.

To Lynch, the act of revealing who killed Laura Palmer was akin to having a goose that laid golden eggs and then killing the goose (his words.) The process of feeding out a thread of just enough information to keep people safely moving forward in the darkness is as “Lynchian” as it gets. “People want to know up until the time they know, then they don’t care,” Lynch said in a recent interview with The Sydney Morning Herald.

Frost, head writer and partner to Lynch on the series, seems to agree. In an interview with GQ, conducted by this very writer, Frost said, “…the show keeps its mysteries. It invites you in to participate in the puzzling and pondering of these mysteries, but it doesn’t offer you any easy answers.”

While the waiting has been wonderful, the desire to get to the bottom of things presses on, and, as couch-rooted detectives, we’re ready for some more light to be shed in a few dark corners. Starting chronologically with Fire Walk with Me, the original series, and a bit of knowledge pulled from Mark Frost’s new book, The Secret History of Twin Peaks, here are a few coconuts we hope get cracked in season three.

What’s The Significance Of Different-Colored Roses?

In Fire Walk with Me, we meet a character named Lil who emerges from an airplane hanger to deliver clues via a bizarre pantomime to Sam Stanley (Kiefer Sutherland) and FBI Agent Chester Desmond (Chris Isaak). One of the clues is in the form of a synthetic blue rose pinned to her dress, and when Sam inquires about it, Agent Desmond responds with “but I can’t tell you about that.” Later on in the film, Dale Cooper (Kyle MacLachlan) refers to the death of Teresa Banks (Pamela Gidley) as “one of Cole’s Blue Rose cases.”

In season one, episode seven of the series, a character named Jenny, who works at the perfume counter in Horne’s Department Store, is being recruited as a “hospitality girl” at One Eyed Jack’s. She’s given a card and instructed to call the madam there, “Black Rose” (AKA, Blackie), to establish a start date. Is there any correlation between the blue roses and the mention of a black rose? Or is that coincidence?

One theory as to the meaning of the blue rose is that it’s code for Project Blue Book, a real-life United States Air Force investigation that began in 1952 and officially ended in 1969, although carried on unofficially until 1989. In the series, Major Garland Briggs (Don S. Davis) was heavily involved in this investigation, which dealt primarily with UFOS, and (in the show) the search for the “White Lodge.”

A Guide to the Unsolved Mysteries of Twin Peaks