Astronautalis released his last album, the John Congleton-produced Cut the Body Loose, in May 2016. This year, the Minneapolis rapper has kept himself busy with a different musical project, a trilogy of tracks with Canadian producer Factor Chandelier.

Following March’s “Dirtbike” and April’s “These Songs” comes the final installment, a brooding number titled “Sick”. Astronautalis’ Four Fists collaborator and fellow Twin City native P.O.S. makes a cameo, as does the Connecticut-born MC Ceschi Ramos. Stream it down below.

According to a post on Facebook, the completion of the trilogy has helped to pave the way for future Astronautalis material:

“As promised, the third, and final installment in this trio of songs i made with Factor Chandelier​, to tie up my own creative and political loose ends after the last album.

‘Dirtbike’ was the poetic rumination on current events, ‘These Songs’ was my confession, and this song, ‘Sick’…this is a god damned exorcism.

Brought my two friends, P.O.S​. and Ceschi Ramos​ along to vent with me. After this, this release of anger…i can take a deep breath, and move on…to new subjects, new sounds, and new ground.” 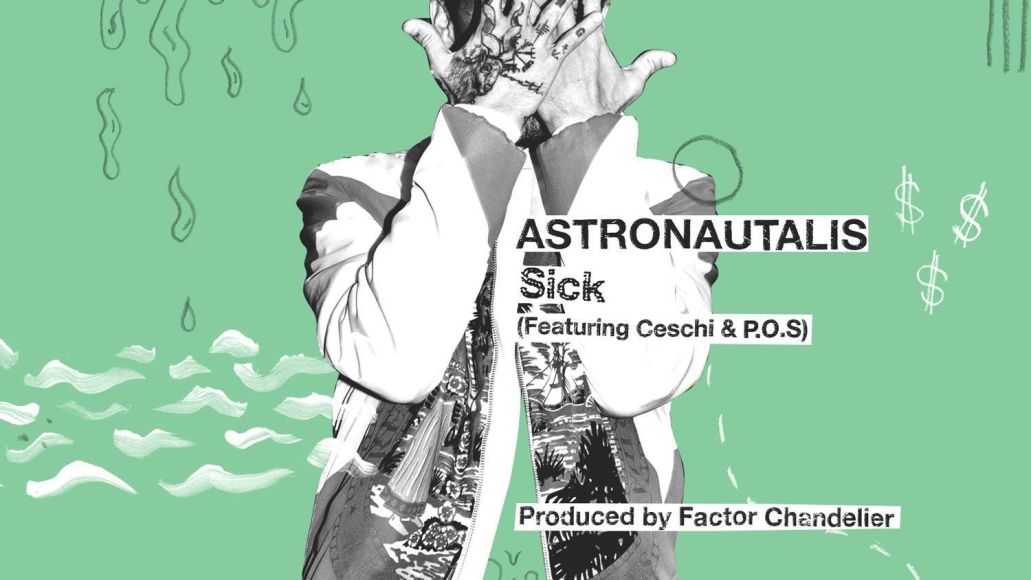