After almost two decades of waiting, today finally marks the release of a new At The Drive-In album. The El Paso, Texas post-hardcore outfit have released their grand comeback, in • ter a • li • a.

The record comes 17 years following ATDI’s previous release, the now-classic Relationship of Command. It also marks their first effort with Sparta guitarist Keeley Davis, who joined the band in 2016 when founding member Jim Ward opted out of reuniting with his former outfit.

In his review of the comeback record, Consequence of Sound writer Ryan Bray said in • ter a • li • a introduces fans to “an older and wiser incarnation of At The Drive-In.” “Nearly two decades after lighting the world on fire, [Cedric] Bixler-Zavala and [Omar] Rodriguez-Lopez sound like they’ve found a healthy balance they once sorely lacked under this moniker. With in•ter a•li•a, they not only prove that they can still be one of the most interesting and complex bands in the land, but that they don’t have to tear themselves apart to do it, either.”

Featuring production from ATDI’s own Omar Rodriguez-Lopez alongside Rich Costey (Muse, Franz Ferdinand), the 11-track effort was recorded at Hollywood’s Sound Factory. It was previewed with a bevy of singles: “Governed By Contagions”, “Incurably Innocent”, “Hostage Stamps”, and “Pendulum in a Peasant Dress”. Take a listen to the entire thing below via Apple Music. 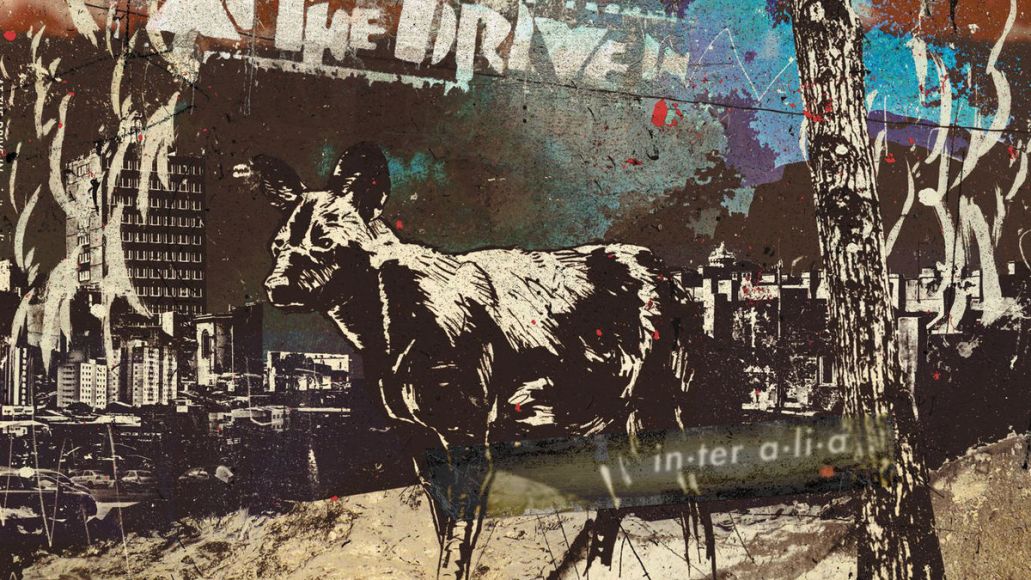 At The Drive-In release their first album in 17 years, in • ter a • li • a: Stream/Download