With the return of Twin Peaks, it’s hard to believe David Lynch found time to curate a second installment of his Festival of Disruption. And yet, come October 14th-15th at the Ace Hotel in Los Angeles, the likes of Bon Iver, TV on the Radio, The Kills, Sharon Van Etten, and Laura Marling will all gather to celebrate the legacy of the cinematic auteur.

There will also be screenings of Lynch films, including Lost Highway, and “rare David Lynch shorts.”

The inaugural Festival of Disruption went down last October and featured the likes of Robert Plant, St. Vincent, Sky Ferreira, Rhye, and more. Revisit our full coverage of the event here. 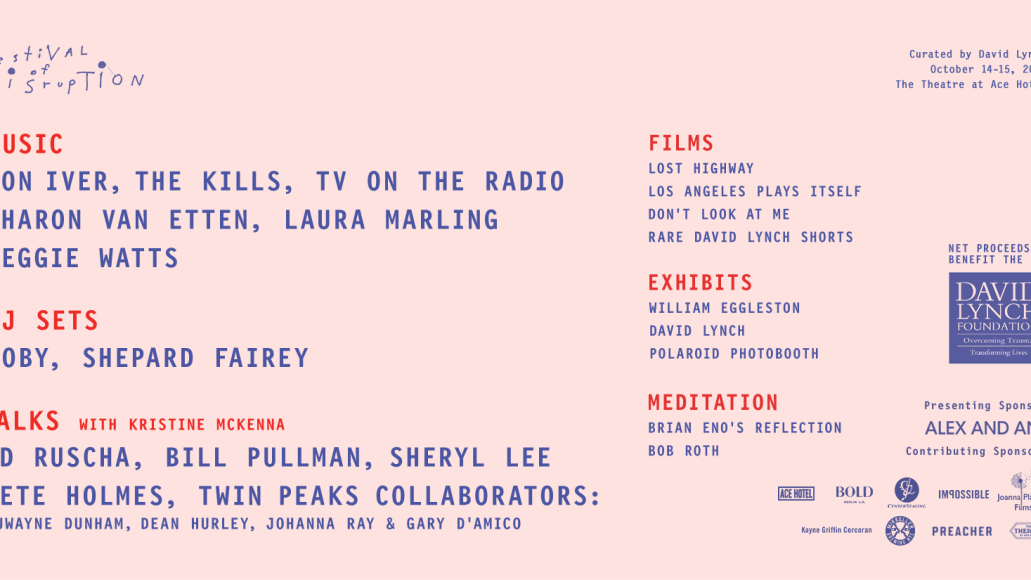