The following review was originally published as part of our coverage for the 2016 Chicago Critics Film Festival.

“Alright so here’s the good news. Actually, it’s all good news. First off, yes the house is haunted. But, the ghosts are ambivalent. In fact, they’re actually kinda cool.”

Imagine if Tangina, the medium from Poltergeist, wasn’t a romantic, or Peter Venkman wasn’t a wise-ass cool kid. In reality, spiritual investigators might just be everyday people nickel-and-diming goods and services like ghost-proof incense or energy readings. What if they sported sleeveless shirts while characterizing ghosts like a chummy personal trainer, or a mechanic? Or better yet, what if a medium was nothing more than a stranger with a fetish for the supernatural, as a means of indulging their own beliefs (or masking demons)? Forget the allure of the beyond.

That’s the distinctly human conceit to Carson D. Mell’s Another Evil. Pitched somewhere between a lo-fi hoot and a genuine haunt, Mell seems less interested in the existence of the afterlife than in how people go about dealing with things that go bump in the night. Another Evil may be a cheap thrill, but it has a unique take on the haunted house genre. Here’s a curious horror comedy that gets richer with every unexpected minute.

Dan (Steve Zissis, from the cult series Togetherness) is an L.A. painter who specializes in Rothko-esque, totally-not-ominous-at-all black circles. Right now, Dan’s got a serious problem: two ghosts in his vacation home. They literally just start showing up one night. Another Evil begins darkly enough, with quiet hallways and silent dread. So it’s with an amusing speed that Dan’s able to bring out a medium to his home for a spook check. His name’s Joey Lee (Dan Bakkedahl), he likes his Arizona tea, and he came highly recommended by one of Dan’s wife’s friends. (The Yelp reviews must be out there.) Joey assures Dan that everything’s a-okay, and even a little exciting. Right away, Another Evil’s a funny new take: the middle class needs ghost repairmen.

Dan, still a little freaked out, does the angry dad thing and gets a second opinion. It’s Dan’s house, after all. Why share it with the dead? Enter Os (the eerily benign Mark Proksch). Os is closer to what Dan wants: validations for his worries, with an exterminator’s vengeful aura. With his derby, goatee, and cuss-filled style, Os is more than happy to perform an exorcism; he even mocks Joey Lee’s laziness and pacifist attitude.

The introduction of Os subverts expectation at every turn. He’s a great creation, and the key to Another Evil’s success. Initially, the Dwight Schrute knock-off screams “internet tough guy”; a pure kook with a blowhard’s confidence. Os has magic boxes and fire traps like a frugal wizard. He even shares his experience seeing Satan as a child as “classic,” with cat eyes, horns, and “lot of Halloween-y stuff.” Os is a weird, banal kind of funny. At least at first.

As threats emerge, and the situation gets murkier, Os acts as the film’s tonal vehicle for change and intrigue. What’s up with this guy? Is there something to his possible alcoholism and braggadocio? Is he motivated by poor social skills, sins of the past, or a creepy fascination with the occult? Is he full of himself when he senses danger? Why is he so much more captivating than any actual ghosts?

Without destroying the tricks of Mell’s trade, Another Evil transforms nimbly from a buddy comedy to something else entirely, and the film is better off for it. Planted firmly in neither comedy or horror, Another Evil’s a little looser and a little eerier than any sort of concrete genre film. While the hushed dialogue, mumblecore production values, and fluid plotting might require some adjusting to, Another Evil does great things with its core concept: what the belief in demons and possessions and all that otherworldly stuff bring out in people. Mell’s characters are terrifically drawn and this film’s calling card, especially the fascinating, funny Os.

The audience knows from the first few minutes that spirits are at play. They’re real. The existence of ghosts and the very notion of inter-dimensional planes are treated with low-volume, borderline-annoyed conversations. Talking about getting a specialist to come in and review spiritual entities in a house is talked about in the way one might discuss hiring a roofer. Ghosts may be “kinda cool,” but hiring someone to deal with them might be the real nightmare. 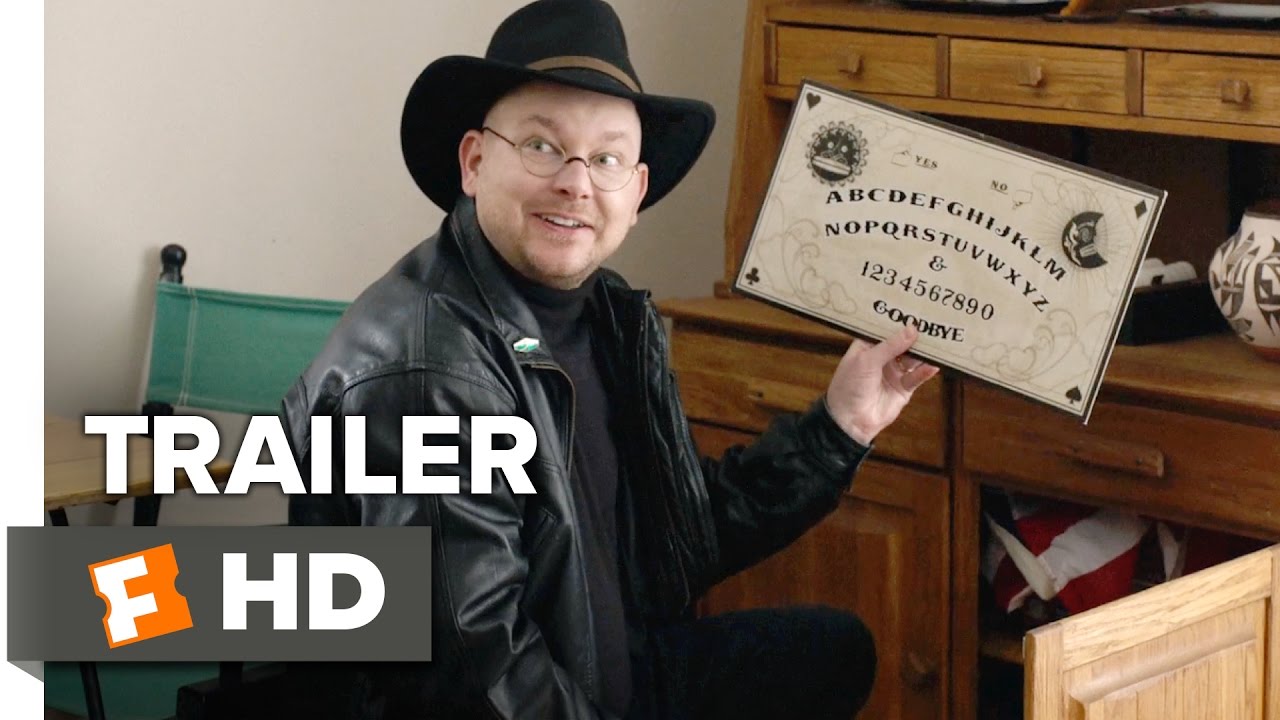