Dusting ‘Em Off is a rotating, free-form feature that revisits a classic album, film, or moment in pop-culture history. This week, Sarah Kurchak explains how Austin Powers stole the spy genre’s mojo and lost his own in the process.

On May 2, 1997, Austin Powers: International Man of Mystery, the first in what would eventually become a trilogy of spy spoofs courtesy of comedian Mike Myers and director Jay Roach, premiered in theaters. Twenty years later, the fish-out-of-water tale about a swingin’ ‘60s spy who wakes up in the ‘90s after 30 years of cryogenic slumber is starting to look a lot like its titular character.

Having once again failed to assassinate the world’s most beloved secret agent, the villainous (and Lorne Michaels-inspired) Dr. Evil escapes into space and cryogenically freezes himself. Austin volunteers to undergo cryostasis, as well, so that he can help the world if and when his nemesis returns. The two meet again in 1997 as they fight for control of a world that neither the comically Cold War-happy Evil nor the free love-espousing Powers really understand. The movie and its later sequels, The Spy Who Shagged Me and Goldmember, are part lovingly thorough and relatively sophisticated parodies of ’60s spy culture – particularly the Bond films, which Mike Myers grew up on thanks to his parents – and part haphazard, puerile humor of the post-Wayne’s World SNL franchise variety. Loved and loathed hallmarks of the Bond template get skewered. There’s humor tied to inflation and shifting attitudes toward everything from puffy shirts to sex. And there are a lot of jokes about private parts and the various stuff that comes out of them.

Neither Austin Powers nor Austin Powers are without their charms, but they’re both anachronistic to the point of broad comedy. Humor has evolved, trading in the increasingly critically acclaimed gross-out fare of the mid-to-late ‘90s for the more offbeat and satirical. The movie might have been almost genteel compared to its contemporaries like There’s Something About Mary, but it often feels goofily crass by today’s standards, which tends toward geekier and weirder indulgence (the Jump Street films, Keanu, etc.) and the ever-increasing quality of American satire (Silicon Valley, Veep, America itself right now). The culture has changed, too, at least trying to move toward a place where society’s most vulnerable shouldn’t be the butt of hatred and lazy mockery, which means that Powers’ gender jokes land about as well in 2017 as his sexist come-ons did in 1997. Hell, even the seemingly immutable Las Vegas, where a large portion of the action goes down in the film, has changed. Anyone looking to make a pilgrimage to the casino where Austin and his partner/love interest Vanessa Kensington stay and work these days is going to be greeted with a parking lot. The Riviera was imploded to make way for a convention center expansion last year.

Perhaps the biggest Powers-related shift that we’ve seen in the past two decades, though, has been in the secret agent genre that the film so lovingly spoofed. While its offerings were relatively tame compared to the notorious excess and absurdity of ‘70s-era Bond films like Live and Let Die (1973) and Moonraker (1979), the ‘90s wasn’t what you could call a golden era for the spy film. Save for Harrison Ford (Patriot Games, Clear and Present Danger) and a post-Bond Sean Connery’s (The Hunt for Red October, The Russia House) reliably somber-faced quests to save the world as well as one smart and self-aware send-up of the genre (True Lies), things were getting a bit silly in the cinematic deep state. Pierce Brosnan’s once-promising Bond reign was starting to veer into the kind of nuclear-physicist-Bond-girl-named-Christmas territory. Attempts to reboot beloved ‘60s television franchises like The Saint (1997) and the devastatingly disappointing The Avengers (1998) sacrificed everything that made their source material work in favor of typical blockbuster bosh.

Guilelessly go-go dancing into this midst, Austin Powers: International Man of Mystery wasn’t that much more over-the-top than its ostensibly serious targets. To a certain extent, International Man of Mystery is just a Bond movie with some self-awareness thrown into the mix. Random Task is just Goldfinger’s Oddjob with the acknowledgement that accessories aren’t really the most threatening of weapons (unless you’re television’s John Steed). The only thing that separates Dr. Evil’s amusingly elaborate and far from fool-proof scheme to kill Austin and Vanessa from his more serious counterparts is the fact that someone calls him out on how terrible said scheme is. 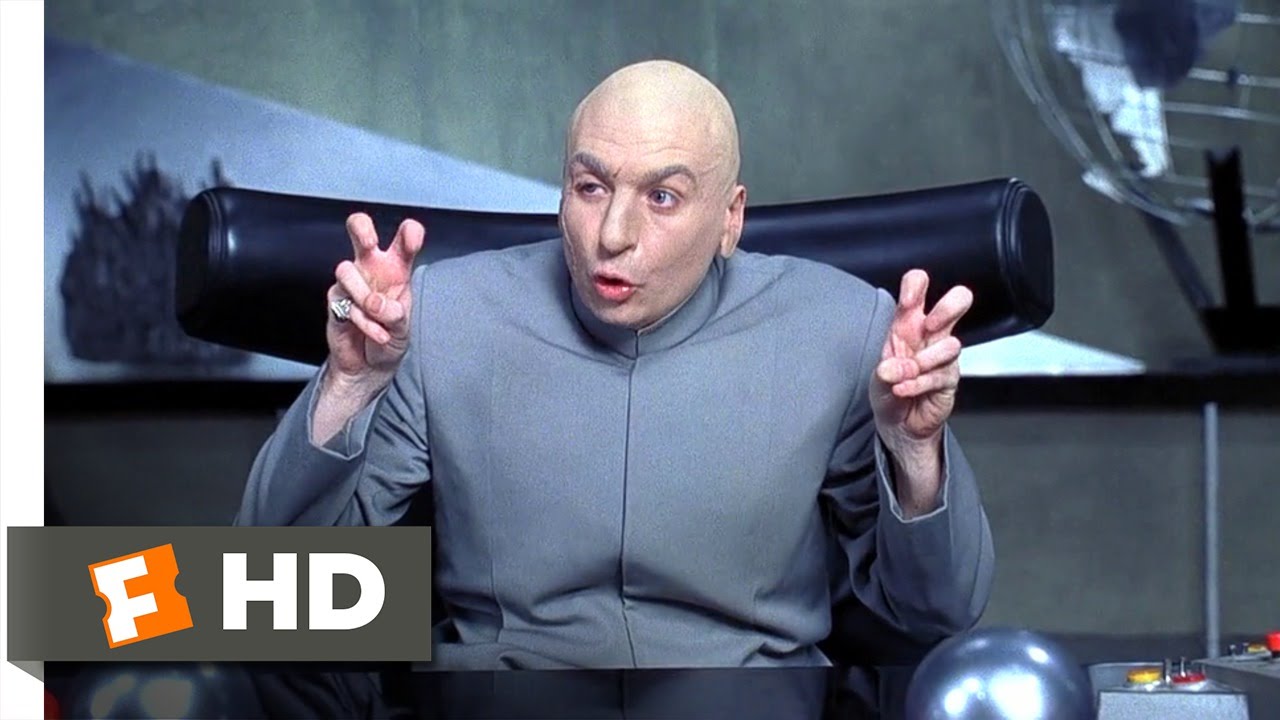 Two decades, one grittier Bond reboot, countless high-profile John Le Carre adaptations, and many critically acclaimed television series (London Spy, The Americans, etc.) later, the spy genre is less cartoonish, more thoughtful, and of a generally higher quality than it was during its lost generation. Even its middling remakes, like 2015’s The Man from U.N.C.L.E., do a better job of adhering to the spirit of their source material than their ‘90s counterparts. Viewed in this context, Austin Powers looks like a painfully silly, basic comedy whose time has long since come and gone. Bond has traded his growing habit for cartoonish gadgets for grittier action sequences and self-reflection. His more serious counterparts struggle through the personal and global implications of moral relativism on both the small (The Night Manager) and silver (Tinker, Tailor, Soldier, Spy) screens. Even the genre’s pure comedies, like Paul Feig’s amiably foolish Spy, revolves around a less nonsensical plot.

In a way, though, Austin Powers so blatantly showing its age now is maybe the greatest possible testament to how good it was in its day. Although done with boundless affection, Austin Powers’ skewering of the spy flick is so on-the-nose and so thorough (the movie’s Wikipedia page even offers a film-by-film breakdown of Bond references) that it became a sort of game-changer. It would have been impossible for anyone to try to continue making spy films of that mold in a post-Powers world without looking ridiculous – or even more ridiculous than they had before. Or you could try, but end up with something like the somewhat regrettable 2002 Bond offering, Die Another Day. Once a comedy has named their M-like character Basil Exposition, you can’t just keep letting your secondary characters remain a source of plot-furtherance and info-dumping without trying to make their role a little less perfunctory. And you definitely have to reign in your villain’s penchant for Rube Goldberg-esque deathtraps once Dr. Evil has been expressly called out for doing the exact same thing.

Whether intentional or not, Austin Powers: International Man of Mystery and the diminishing returns of its sequels drew a line in the sand for the spy flick. It effectively moved many of the semi-serious genre’s favorite tropes into the realm of pure comedy, forcing the genre to reinvent itself or risk becoming a parody of the parody of itself. When you unwittingly force the course correction of the onscreen spy story as we know it, though, you also risk making yourself obsolete in the process. Modern audiences love suave British spies as much as they ever did – even if we like them more de- and repressed these days – but we don’t have the same context for the Powers trilogy’s jokes that we had 20 years ago. What once felt like a mix of playful slapstick and dry British-Canadian swipes at the genre’s best/worst tropes now feels a bit hollow and childish and about as unsightly as the lead character’s infamous teeth.

In 1997, Austin Powers succeeded in its mission to steal the spy movie’s mojo. Unfortunately, unlike Austin Powers in The Spy Who Shagged Me, there’s simply no going back for it.