We’re barely a third of the way through 2017, but it already feels like a monster year for music. There have been veteran acts that lived up to their reputation, like Kendrick Lamar, Future, Drake, Ryan Adams, Slowdive, Aimee Mann, Mount Eerie, Spoon, Feist, and The xx, as well as plenty of rising acts that solidified their buzz, like Sampha, Perfume Genius, Jay Som, Julie Byrne, and Migos.

But we’re not here to dwell on recorded music. We’re here to talk tours, a task we take on a few times a year to highlight the most exciting artists coming to a club, theater, arena, or stadium near you. This is the summer edition, meaning we’re not repeating any of the artists that appeared on our 2017 kickoff list. But that doesn’t mean that we’re not still anticipating some of those acts. U2 remains one of our most anticipated shows of the summer with their anniversary presentation of The Joshua Tree. Others, like Fleet Foxes, A Tribe Called Quest, Hans Zimmer, and King Crimson are still high up on our list of shows to catch as the days get longer and warmer.

But over the past few months, a host of new tours have been announced, and below you’ll find the 25 that we’re most itching to check out. Put on your sunscreen, get a Tinder date, and be sure to catch as much live music as possible this summer. You won’t be sorry. 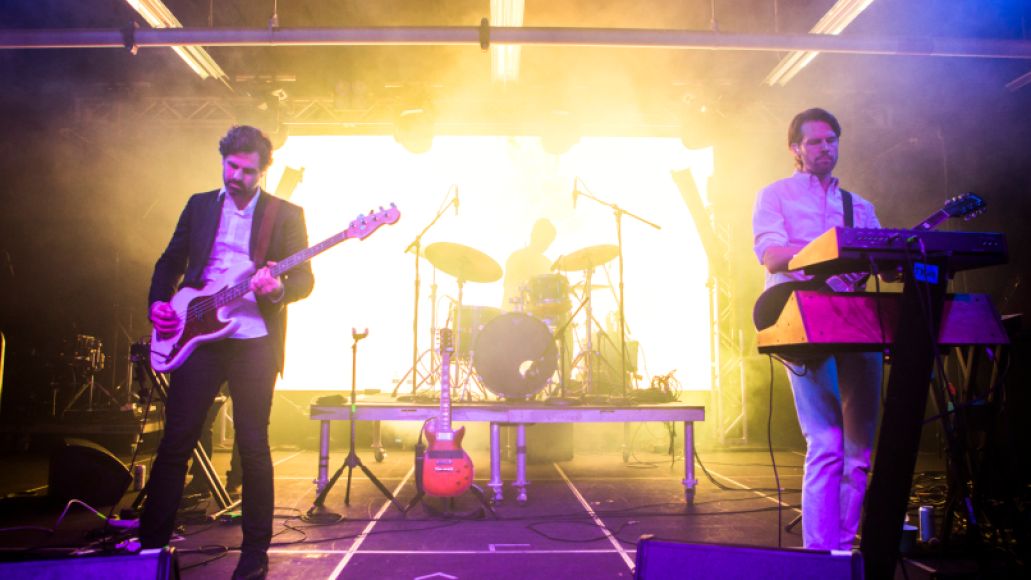 Some ascents are so gradual that you hardly even notice them. That could be said for Tycho, who quietly has grown from playing small clubs and daylight festival sets to the run they have planned for early summer on the West Coast. Scott Hansen and his post-rock crew will be headlining bigger venues than ever before in support of last year’s Epoch, all of them outdoor and featuring support from like-minded soundscape crews Todd Terje and Jaga Jazzist. These are shows that feel catered toward the setting and the atmosphere, looking to milk the warm weather for all its worth and ring in the summer with proper experiences under the stars. –Philip Cosores 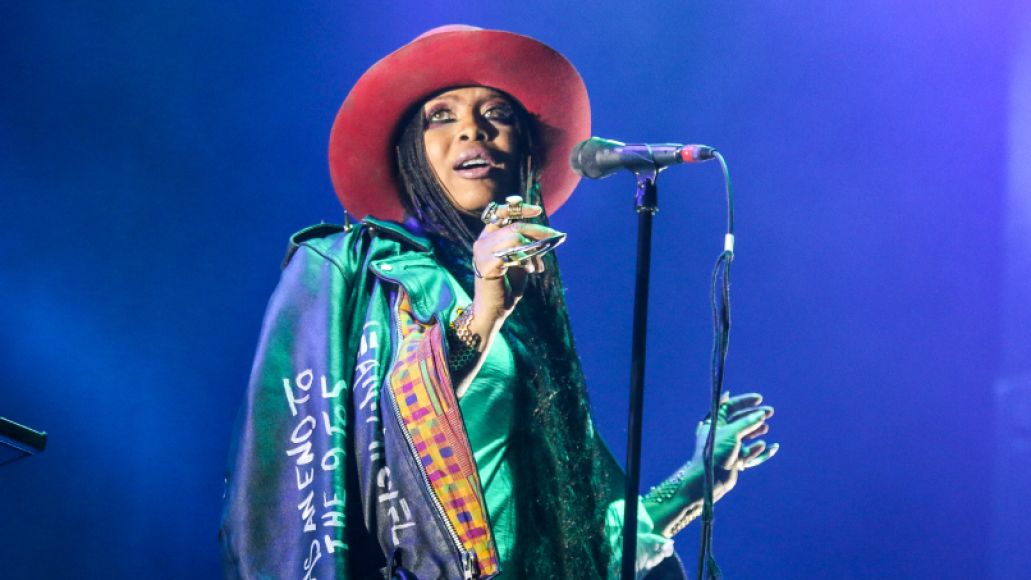 It would seem that the deck is stacked against Erykah Badu. According to the name of her new tour, the soul queen’s involved in quite the showdown — facing off against Everythang, in fact. But if anyone has the pipes to defeat such a massive enemy, it’s Badu. The enigmatic artist has quite the range, both vocally and in her catalog. In fact, her most recent release, 2015’s But You Cain’t Use My Phone, showed that versatility and strength, fusing R&B, hip-hop, jazz, and more into a virtuosic yet unpretentious show. So when she brings that full arsenal of skills against Everythang — including at festival stops and theaters around the world — Everythang better be ready. –Lior Phillips 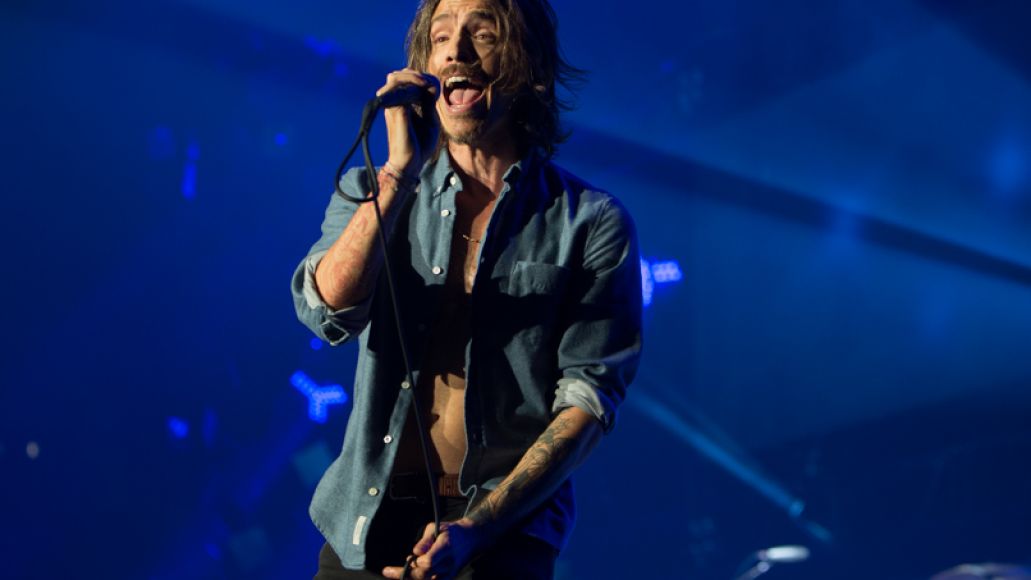 2017 marks the 50th anniversary of the Summer of Love, but hippies won’t be hogging all of the nostalgia this year. Emo kids and alt-rockers will also get their moment in the proverbial sun thanks to a tour featuring the revitalized headliners Incubus and all-star openers Jimmy Eat World, both of which inconceivably released solid albums in recent months. JEW’s Integrity Blues is the standout of the two, though we have to give Incubus credit for thinking outside the box and bringing in Skrillex to co-produce their new record, 8. –Collin Brennan 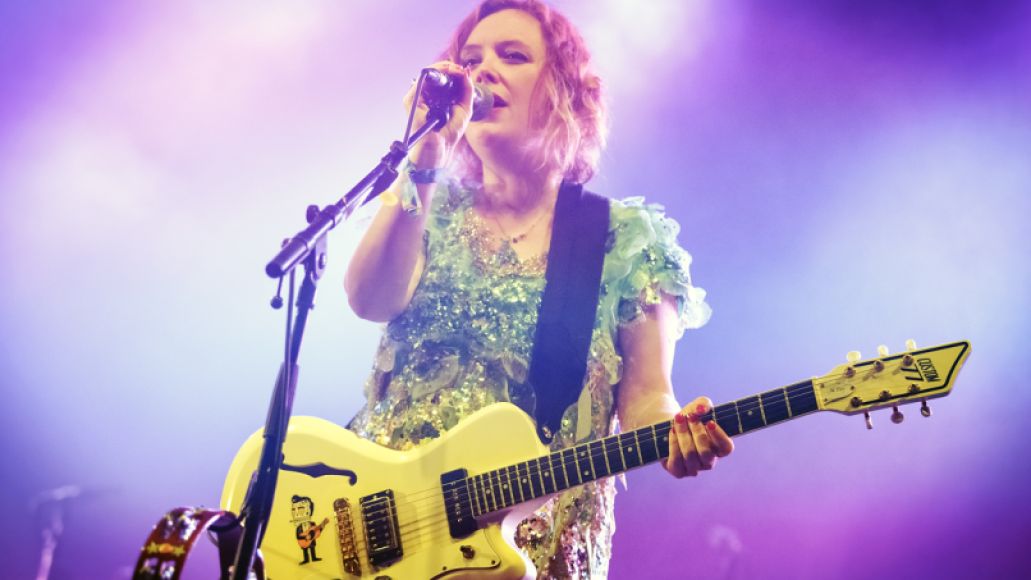 By now, it’s not really a secret that Slowdive’s new self-titled album is arguably one of their greatest feats to date. While it’s not exactly a comeback story, per se, the idea of seeing the shoegaze legends return with something new, rather than regurgitating something old, is refreshing to say the least. That’s why we’re kind of rushing out to hear them play songs like “Slomo”, “Sugar for the Pill”, and “No Longer Making Time”. Based on their recent round of setlists, it would appear those selections are par for the course, punctuating a healthy heaping of past favorites like “Catch the Breeze” and “Star Roving”. –Michael Roffman 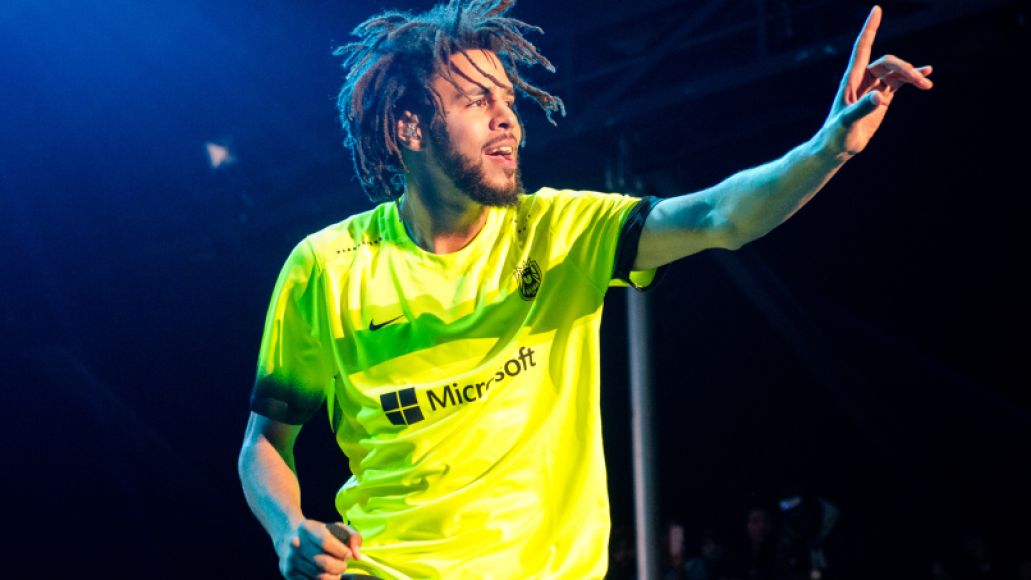 We’re living in a golden age of hip-hop, and few artists have done more to push the genre to new heights than the Frankfurt, Germany-born, North Carolina-based artist known as J. Cole. Rather than try to top 2014’s massive 2014 Forest Hills Drive with an even bigger follow-up, the 31-year-old rapper scaled things back a little with last year’s 4 Your Eyez Only, and it will be interesting to see how the mature, concise record will translate to the stage. Cole will have plenty of chances to test out different approaches, as his massive world tour features dates scheduled all across North America, Europe, and Australia. Whether you’re based in Cardiff, Copenhagen, or Columbia, SC, it’s time to get hyped. –Collin Brennan 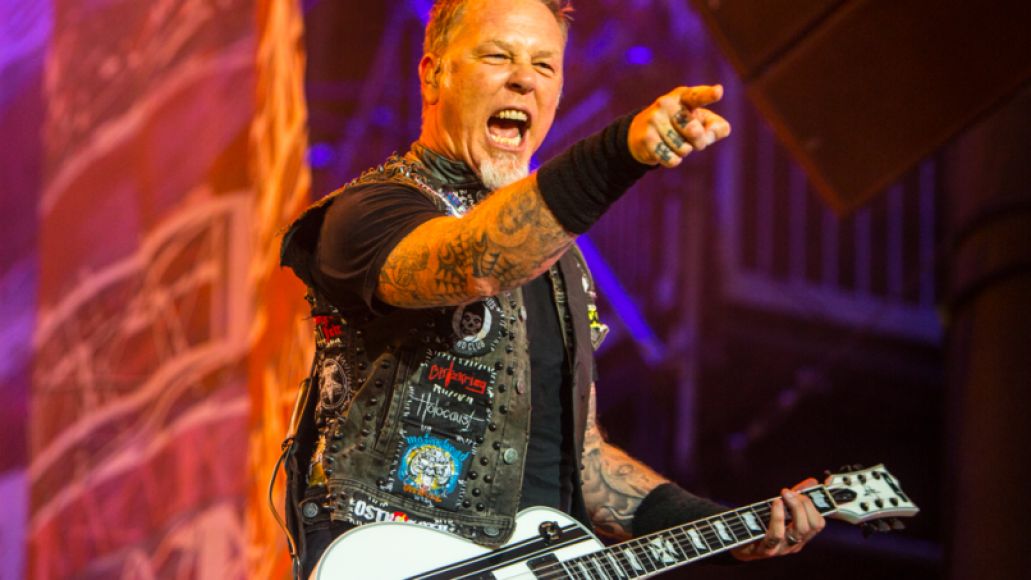 The debate has never really been whether or not Metallica are the biggest metal band in the world. The point of contention over the last couple decades returns to at what album or point in their career should the demarcation line be drawn between Metallica the thrash/heavy metal pioneers and Metallica the sellouts. It’s a sad commentary on our society that you rarely can talk about a band that brought heavy metal to the masses in the late ’80s and early ’90s without falling into this lame debate. Regardless, Metallica will hit the road this summer and, like they always do, pack their shows with whippersnappers and longtime diehards alike. Oh, and most importantly, James Hetfield has assured Metallica fans that all mics will be working. Give me fuel, give me fire, working mics, I require! –Matt Melis 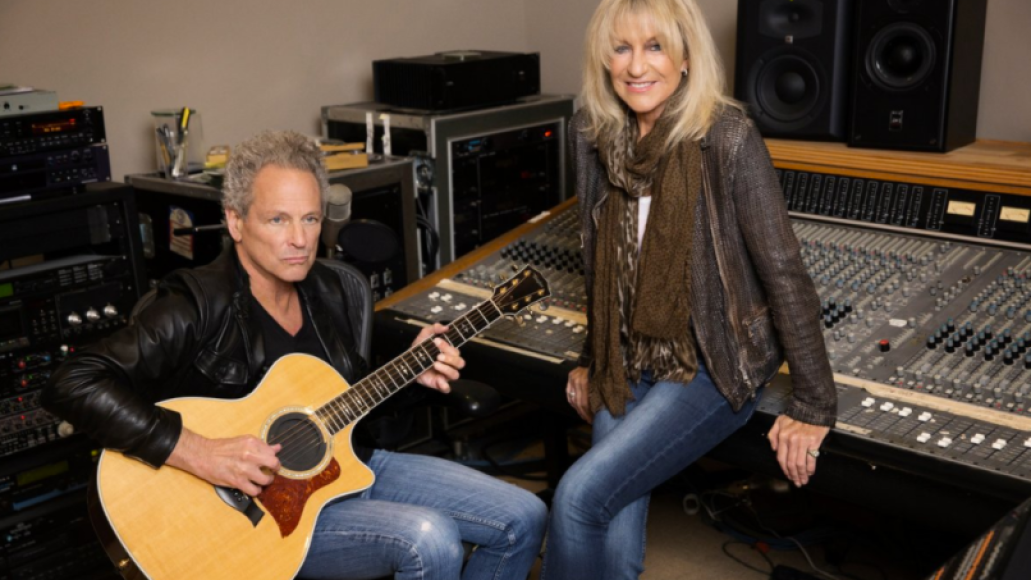 Fleetwood Mac is like a long-lasting theater company. It’s been dramatic, it’s been epic, and it’s been incestuous. The love, the heartbreak, and the psychological damage each one of the members have put upon one another will someday make for one of the greatest biopics to ever hit the silver screen. (Hey, Cameron Crowe, make it happen.) The latest chapter in the band’s long and winding career finds lead guitarist/vocalist Lindsey Buckingham and fellow vocalist and keyboardist Christine McVie hanging out over a collaborative album that’s been too accurately titled, Lindsey Buckingham/Christine McVie. Due out June 9th, the pair will hit the road shortly after for what will likely be an emotional couple of hours each night consisting of new cuts, old sounds, and must-hear classics. As long as Buckingham stays away from hideous deep cuts like “Time Bomb Town” and guarantees a long encore presentation of “Holiday Road”, well, then we’ll be right there for the harmonies. What do you say to that, Lindsey? C’mon, don’t hold out on me… 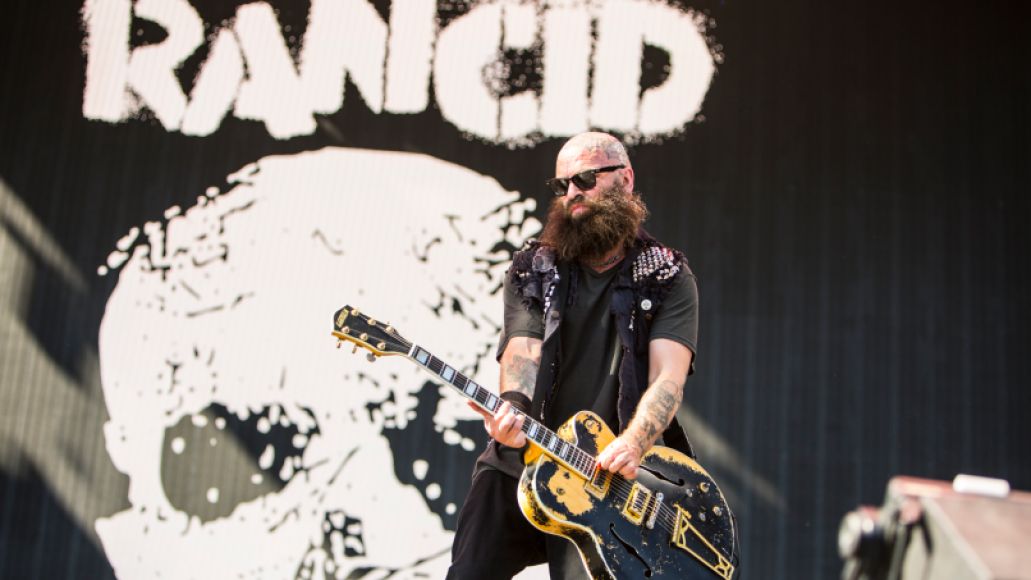 Punk rock never really had the same coastal rivalry as hip-hop, but its emphasis on locality meant that kids growing up in different parts of the country gravitated to their own weird subset of pop punk or hardcore. For Bay Area brats in the ‘90s, nothing beat the slurry Clash worship of Operation Ivy and its liberty-spiked hellspawn Rancid, while over in New England, punks with names like Sully slammed brews to the sound of the Dropkick Murphys.

It took more than two decades (and a whole lot of Warped Tours) for Rancid and the Murphys to hit the road on their own supertour, and the result is a dream come true for anyone who ever tried to jam a safety pin through their ear. The 24-date From Boston to Berkeley Tour kicks off July 27th in Bangor, ME, and includes stops in the Murphys’ hometown of Boston and Rancid’s native Berkeley. The bands will cap off each show with a joint encore, which should be worth the price of admission alone. Then again, punks are notoriously cheap. –Collin Brennan 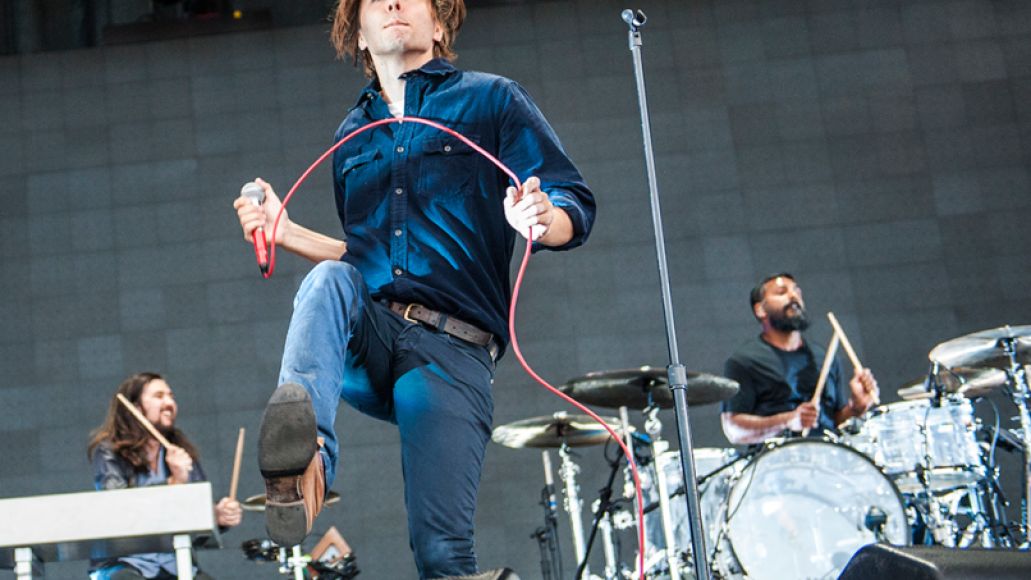 It’s been a long four years without new Phoenix in our lives, but it looks like that wait is finally just about over. The long-awaited Ti Amo drops in June, and the anticipation heats up with each and every trickle of information. It’s fitting, too, that the new material has hit the web through video of their return to the stage, as the French outfit long ago established themselves as one of the most thrilling acts in indie rock. Their massive global tour will take them from Miami to Japan and seemingly everywhere in between, from festival stops to auditoriums. But no matter the space, frontman Thomas Mars will make the place shake with his otherworldly bravado. –Lior Phillips 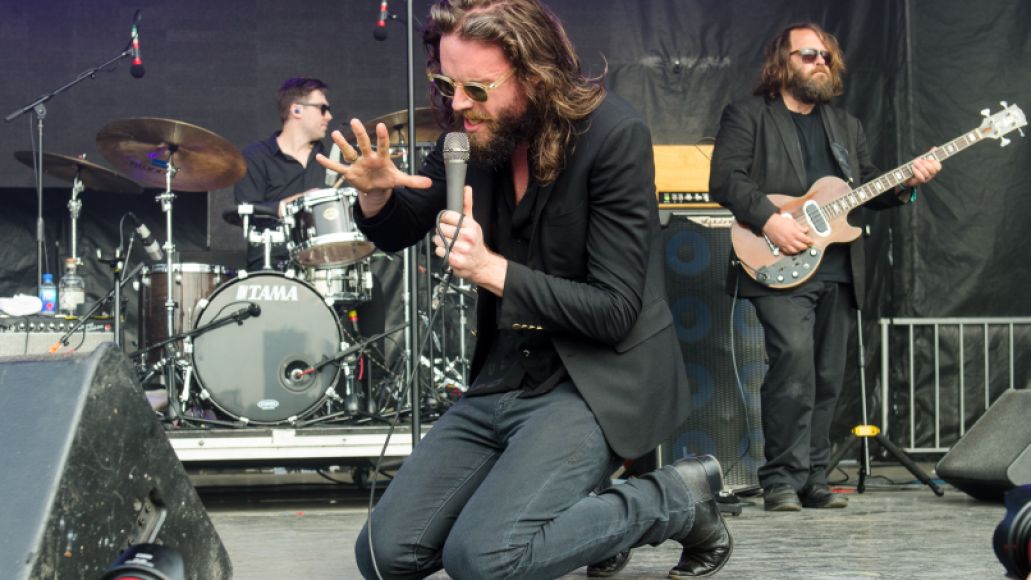 In many ways, Father John Misty is the perfect musician for The Year of Our Lord 2017. His recently released Pure Comedy traces the contours of a society crumbling beneath its own narcissism and self-obsession — a society you might recognize from its starring role in the news media. Perhaps more than any other white male artist working today, FJM fluently speaks the language of our times, and his rapid rise to indie stardom hasn’t diminished his desire to irk and troll audiences whenever he sees fit. Fans of Pure Comedy will snap up tickets to Mr. Tillman’s Wild Ride to see hits like “Total Entertainment Forever” performed live, but at least a few of them will get more (or less) than they bargained for. –Collin Brennan

The 25 Most Anticipated Tours of Summer 2017