After months of anticipation and speculation, the lineup for the 16th annual installment of the Austin City Limits Music Festival is here. Growing from its early days of country and folk artists, the event sustained its ascent through the festival boom of the late ‘00s to become the mega Live-Nation owned event it is today. Alongside SXSW, it worked to give legitimacy to Austin as a destination for live music that could rival Chicago or New York. One of the first festivals to expand to two weekends after Coachella (and to sustain it, unlike Sasquatch,) ACL has thrived as the premiere music festival of the Southwest region, the one that gets tens of thousands of people traveling to Austin for a very hot fall weekend every year. Now that the hints, fake leaks, and guesses are irrelevant, we have the lineup before us.

At first glance, the results are a bit underwhelming. A year after getting a murderer’s row of acclaimed and popular acts like Radiohead, Kendrick Lamar, and LCD Soundsystem, ACL took a step backwards. While Jay Z and Chance the Rapper make for exceptional hip-hop headliners, the rest of the top row reads like the alt-rock radio charts of 2005 (Red Hot Chili Peppers, The Killers), a clear indication of the 30-year-old audience it’s catering towards. While the next few lines contain interesting, exciting draws (The xx, Ryan Adams, Solange, Spoon), many of them have played the festival before or at least play in Austin on a semi-regular basis. 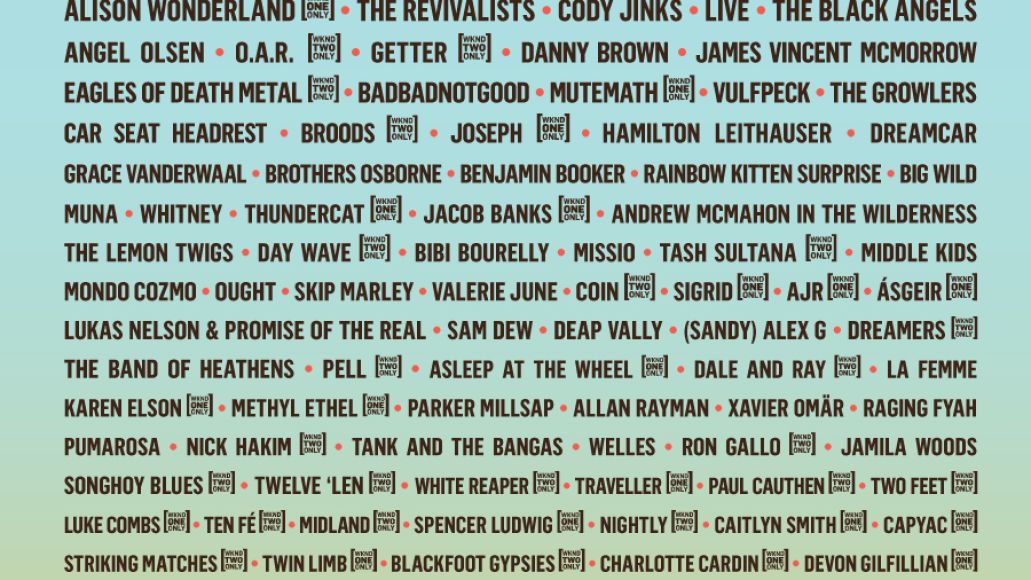 After a few years of Live Nation ownership, the homogeneity has taken its toll to where the lineup feels indistinguishable from Lollapalooza, Bonnaroo, or a number of the smaller festivals the company has a controlling interest in. In addition, besides the compulsory inclusion of Spoon, very few acts on here feel unique to Austin or something that represents the spirit of the nominal “Live Music Capital of the World” that the festival captured in years past. Finally, for those who live in Texas, there’s only a handful of artists on here that haven’t been by recently who would justify a hefty price tag.

Even before the Live Nation acquisition, ACL and Lollapalooza were operated by C3 for many years and have been somewhat “sister” festivals for a good while now. Looking at this year’s lineup, though, they maybe got a little too close. Twelve of the top 20 acts on the ACL lineup are also featured on Lolla’s. The duplicates don’t stop there, as many of these acts are just festival fodder, like Tove Lo, Portugal. The Man, or Zhu. Even great artists like Gorillaz or Solange are seemingly playing every summer festival this year. Outside of a few standouts like Ought, Jamila Woods, White Reaper, and Thundercat, the bottom half the lineup is a vast sea of generic new signings on majors and larger indie labels.

Now, in today’s market, it’s next to impossible for festivals to be filled entirely with exclusives. Every US city with a population of over 300,000 seems to have a festival these days, and playing several of them is one of the few ways for artists to make a living. With most of the major festivals controlled by Live Nation or AEG, it can feel as if there’s just one festival touring across the country, tweaking its lineup in each city, not unlike Lolla of the ‘90s. Without going on a diatribe against festival culture, it helps when a festival that’s been around as long as ACL at least retains a distinct identity. 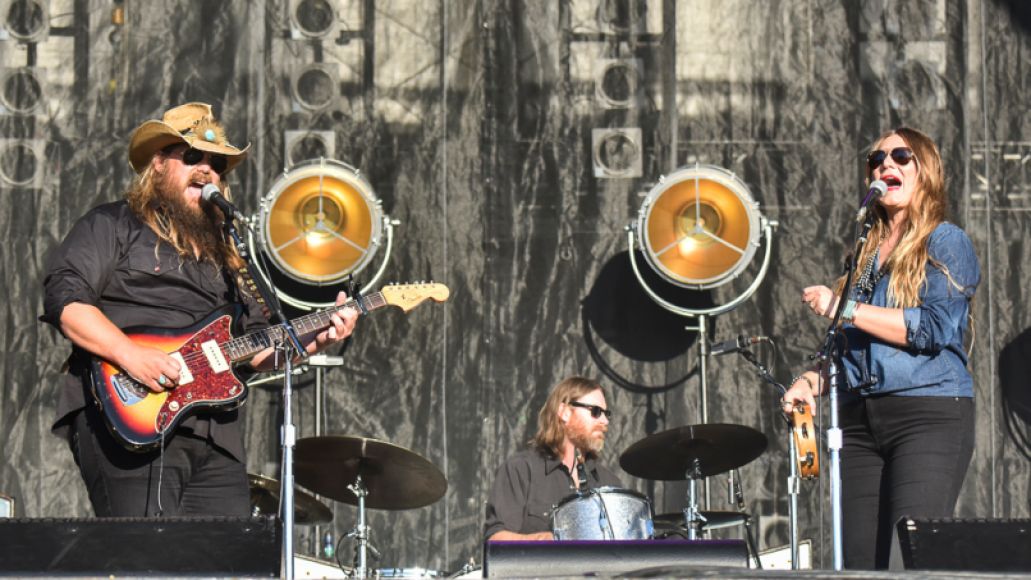 Adding to the sameness is the glaring lack of country artists, a genre that was a large part of the festival’s inception. Just last year, ACL did a tremendous job of bringing in crossover-friendly country stars like Chris Stapleton, Kacey Musgraves, Maren Morris, and local legend Willie Nelson. The year before, Sturgill Simpson packed a late afternoon main stage slot. The closest this year has is Ryan Adams, who’s not really country, and though he’s one of the few who played the original in 2002 that still gets invited back, he’s one of only three names that really hearken back to the festival’s inception, alongside Spoon and The Black Angels. Country has always had a precarious position at major music festivals, but last year proved that the genre could still coexist in the current climate, though apparently not anymore. Having The Head and the Heart, one of the most watered-down acts around, being the biggest folk rock band is a far cry from the festival’s roots. Looking through the names here, this could be any US summer festival.

To go back to their roots, they could have filled one of the spots with a country star. They could have gotten with an act like Shania Twain, in the midst of a comeback tour, or Dolly Parton or Loretta Lynn, both of who have been playing shows and could fill in the spot Willie filled last year. Even Fleetwood Mac, who are playing the new Classic East & West festival, would have been a solid classic rock headliner instead of the second appearance of a Frusciante-less RHCP in five years. 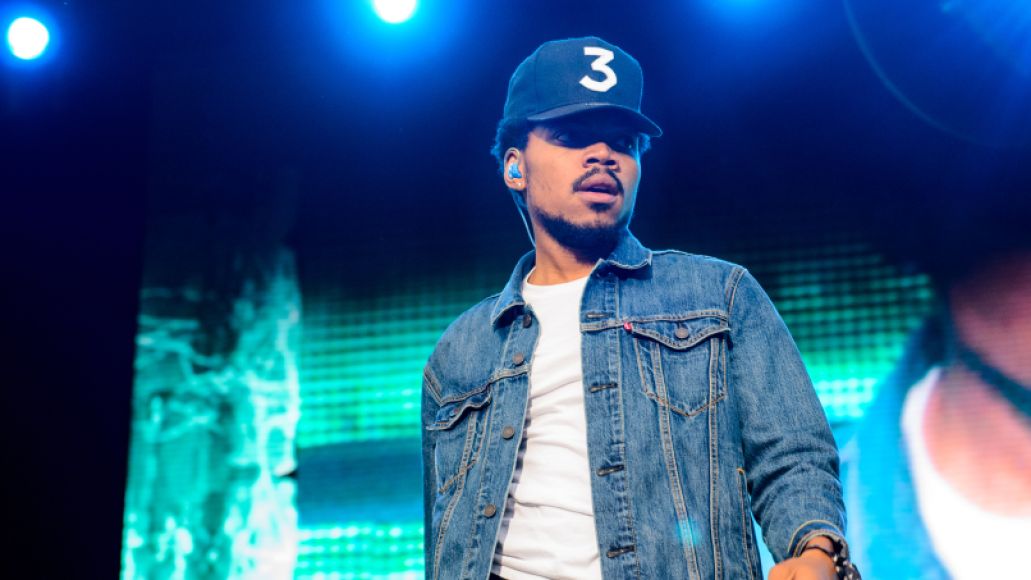 Finally, looking at the facts on the ground, there’s little here that’s really an exclusive draw. Chance the Rapper is headlining the rap-focused Jmblya this weekend in Austin alongside Gucci Mane and Migos in the midst of his second full tour of Texas in the past six months. The XX is touring through Austin and Houston next week. Red Hot Chili Peppers played Houston, Dallas, and San Antonio just this past January. Solange, Spoon, D.R.A.M., and Run the Jewels were all just here for SXSW. Even further down the list, exciting artists like Danny Brown, Angel Olsen, (Sandy) Alex G, Hamilton Leithauser, and Whitney have all played Austin within the past six months. Apart from Hov, Gorillaz, and Ice Cube, there’s no one here who hasn’t played Austin in years that serves as a must see.

ACL has been trending downwards for a few years now, outside of an exceptional 2016. As big as the festival has become, it took more risks in previous years or obtained big draws like Kanye West or Neil Young to where audiences knew this would be their only chance to see their favorites for years. Apart from Jay Z, this year’s lineup feels like a bunch of bands who tour regularly that happen to be in town the same weekend. ACL has always fought to be held to the same level as Coachella, Bonnaroo, and Lollapalooza, but in that struggle, it’s become too much like the rest. Whatever identity it once had, it’s become more of a Lollapalooza of the South designed for thirtysomethings. The festival underwent a reinvention to try and appeal to youth, but decided to backpedal into a general grab bag that has a little for everyone but not much substance. It’s not necessarily a bad strategy, but it’s a far cry from the ACL of old.