As you read this, Transformers: The Last Knight is careening into theaters to deliver another heaping pile of noise, clanging CGI gears, chiseled hunks, hot babes, and brand recognition to audiences around the globe. Michael Bay’s megahit franchise has managed the uncommon feat of becoming a film industry juggernaut while simultaneously turning into a punchline, an easy shorthand for intellectually bankrupt blockbuster filmmaking in the modern era.

It’s easy to turn up one’s nose at the Transformers movies; from the casual racism and sexism to the borderline-erotic obsession with shiny cars, Bay’s five movies in 10 years are basically everything a film critic hates in one easily mockable package. But each film has also become a billion-dollar industry unto itself, and like it or not, this makes them a series of films worth interrogating at greater length. Even if they’re not connecting with a lot of people at this point, they’re still connecting with a great deal more.

One of the more common refrains in talking about Bay’s exercises in bombast centers around the director’s signature penchant for flagrant advertising in his movies. Particularly in the years since The Island, Bay has become a friendly face to every brand that could possibly fold itself into one of his movies, a means of generating public recognition in one of the biggest international film franchises currently going. But it got us thinking: how bad is it, really? Is Bay’s ad placement any worse than David Fincher stuffing a garage full of Sony products in Gone Girl or any other obvious attempt to work synergy into a Hollywood film?

In short: yes. God, yes. Where other filmmakers at least attempt to slip ads past an audience, Bay prefers the method of grabbing you by the back of your head and drowning you in corporate synergy. In this spirit, we’ve decided to go ahead and catalog the most notable examples in all four previously released Transformers movies. As far as our rubric was concerned, a car on the street alone does not make a sales pitch, but anything with several consecutive seconds of screen time and a visual emphasis most certainly does. (There are a few exceptions, of course; as you’ll soon see, Bay loves few things more than subliminal advertising.)

(And before you show up in our Facebook comments all riled up: no, this isn’t a sponsored post or a stealth-sponsored post. To be as clear as can be, we’re not supporting any of this.) 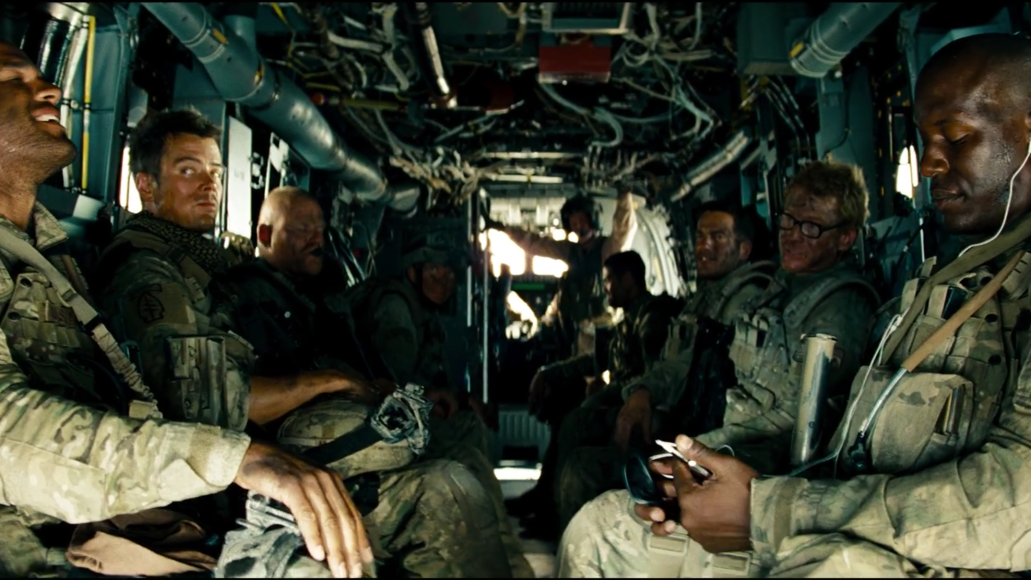 This is the only time I’ll go for this joke, but the first two series entries particularly emphasize the hardware, grit, and indomitable power of the American military in all its forms. The first is especially pronounced about it, with Josh Duhamel and Tyrese Gibson functioning as two of the film’s ostensible leads, the last time in the series they’d be focused upon to this degree. 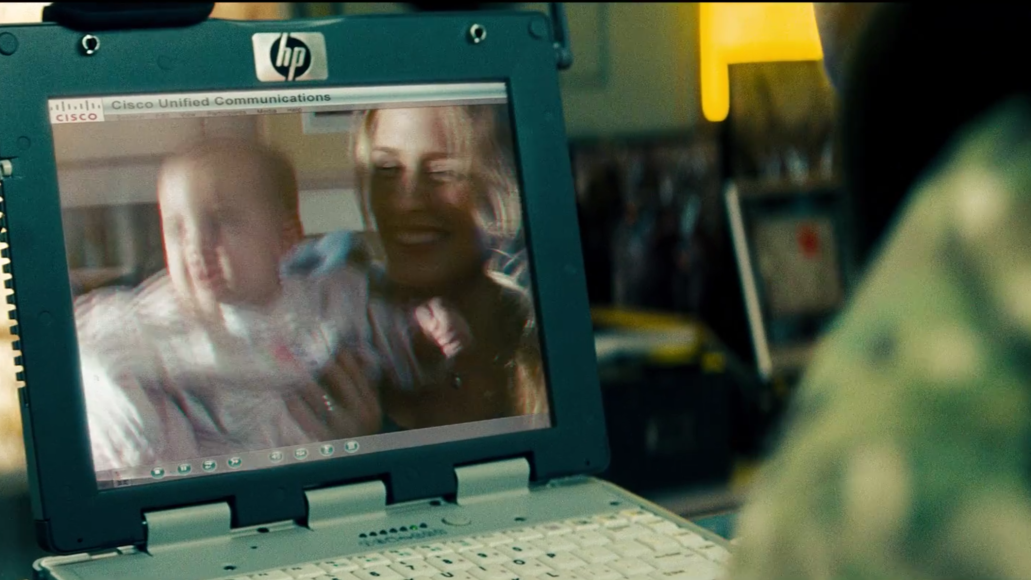 Get ready, because this’ll be a series hallmark soon enough: the 2-in-1 ad placement. BRANDCEPTION. 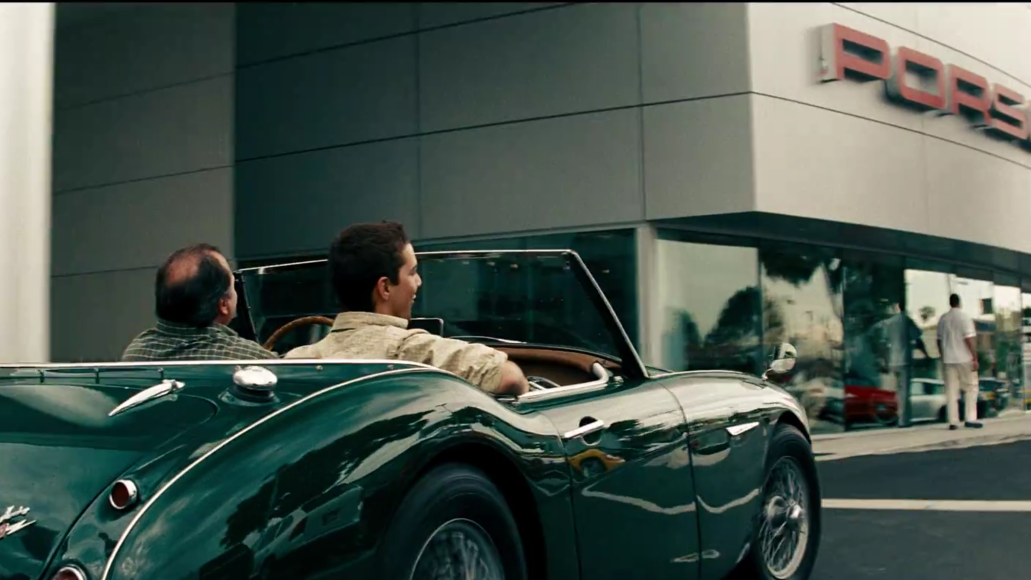 When you’re making the cinematic equivalent of a midlife crisis, drive Porsche! 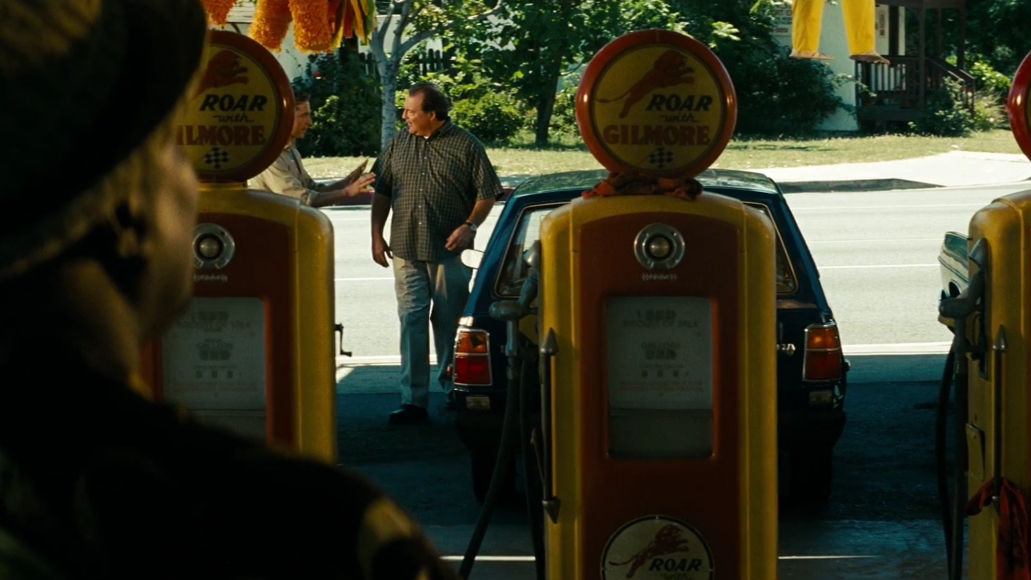 Because why should branding have to stop at things you can actually go out and buy today? 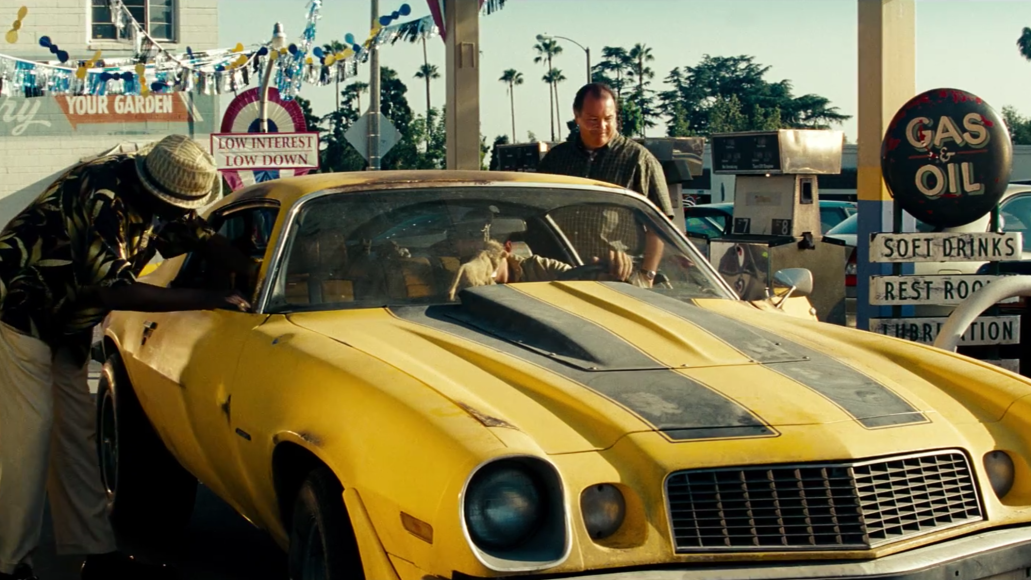 And now, a decade-old hot take: this is a way cooler Camaro than the one Bumblebee assimilates later in the movie. 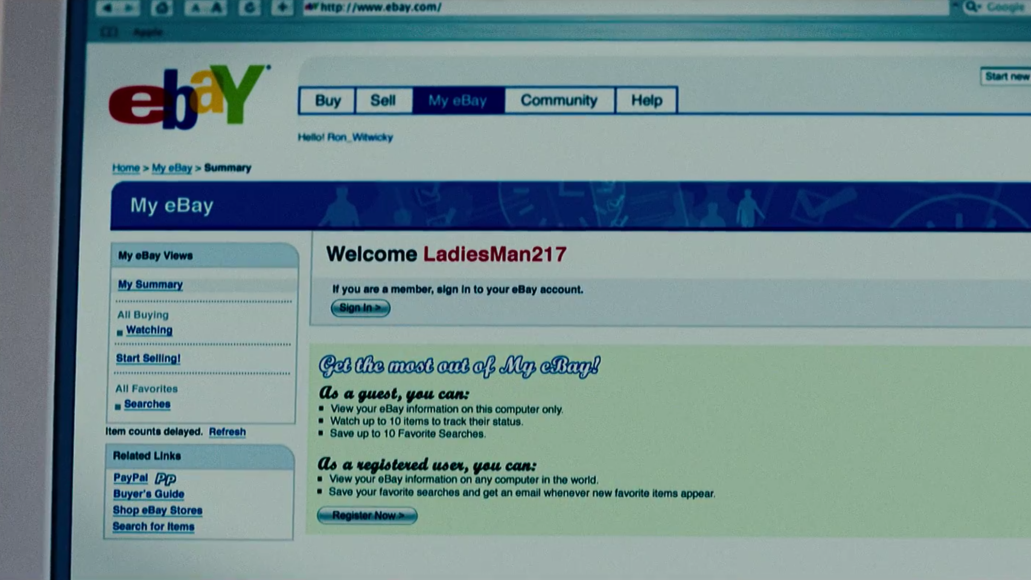 Get it? e-Bay? We like to have fun here.

In all seriousness, though, Bay gets the triple-strike on this one: it’s a pun, an ad placement, and Shia LaBeouf even shouts out both eBay and Paypal (its payment system circa 2007) aloud about five minutes before this scene. 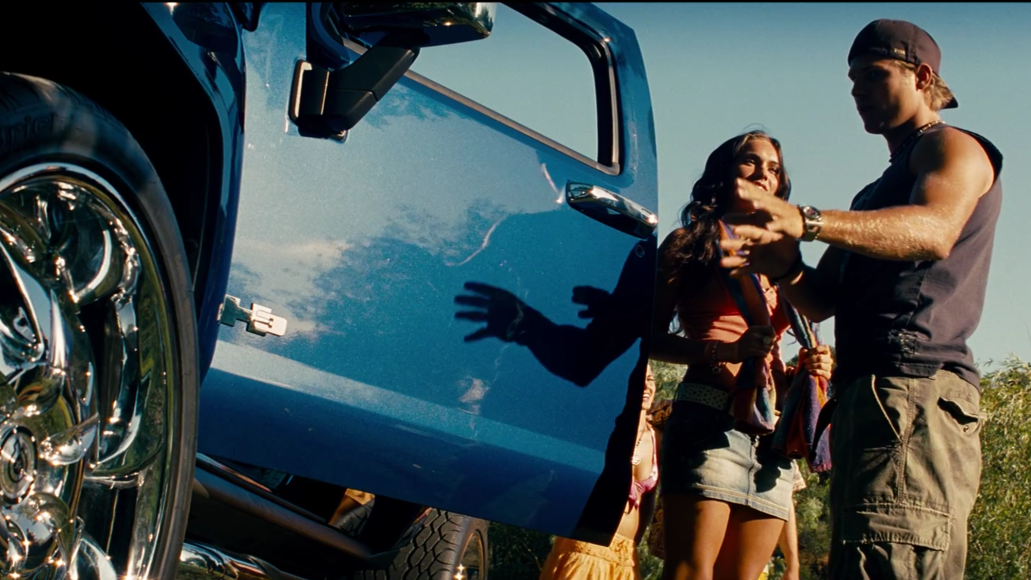 The fact that these silly goddamn things were ever a sign of virility will tell you everything you ever needed to know about who’s still watching these movies a decade later.

Also, for the love of Christ: please don’t bring these back ironically, America. There are some bells you can’t unring. 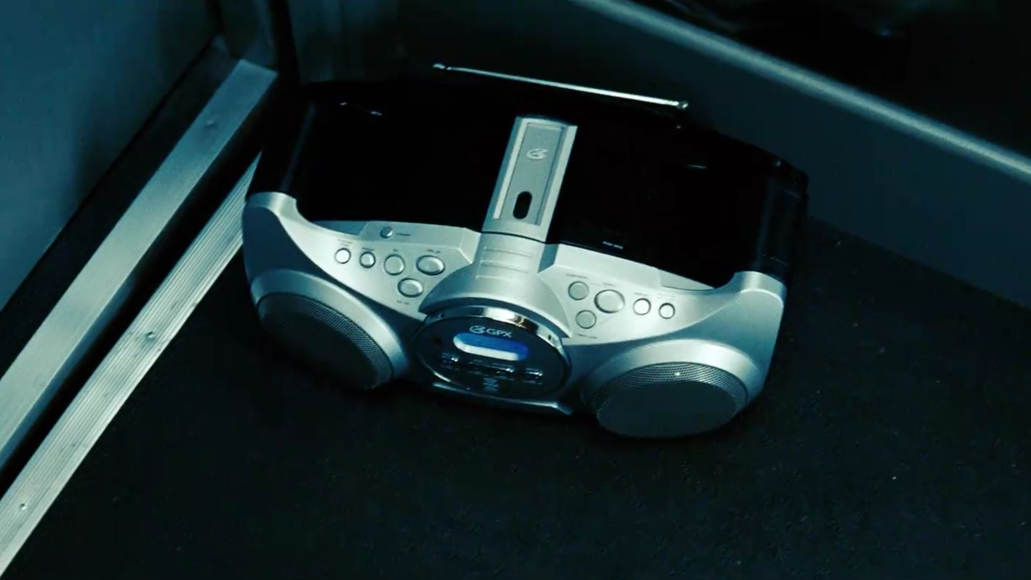 By far the least well-aged of all the Transformers ad buys, this portable music device hearkens back to a different time, when we had to insert physical things into other physical things like a bunch of savages. 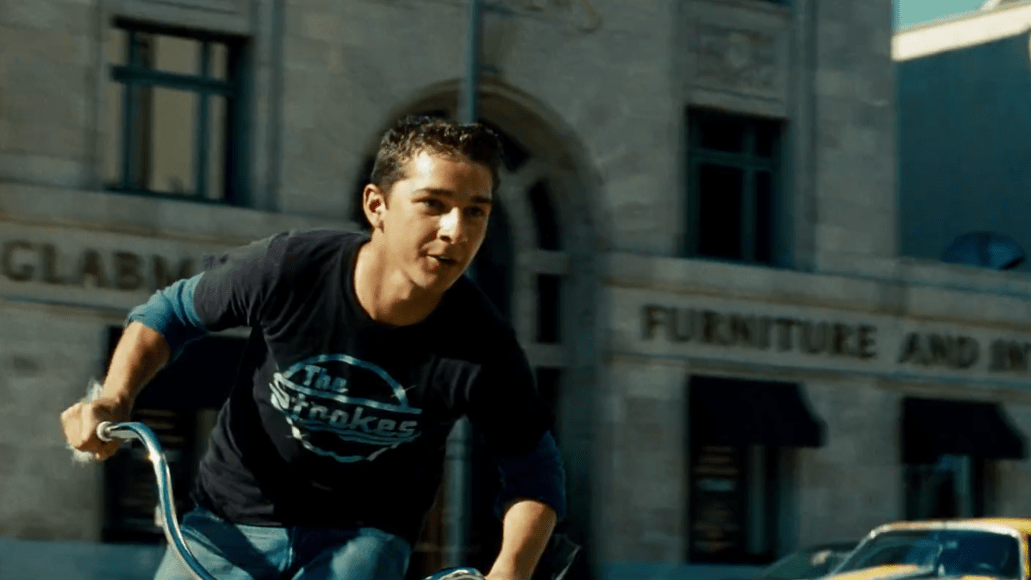 In The Modern Age, with a filmmaker whose work leaves most viewers feeling like they could Take It or Leave It, it’s Hard to Explain how a director like Bay would Someday make billions for Paramount by selling Barely Legal girls as leads until most audiences were left asking “Is This It”. 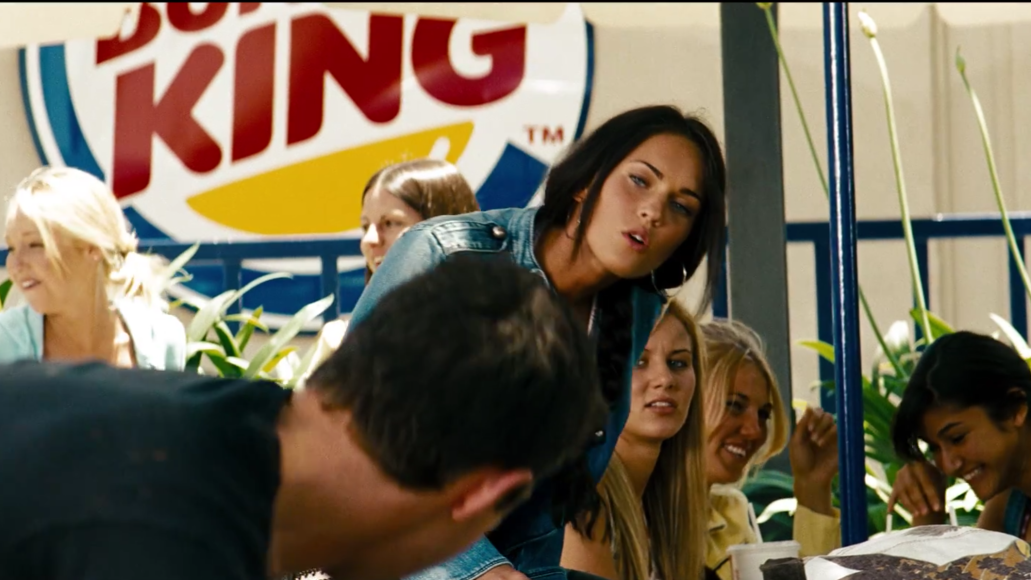 Because the local BK is often a cultural cornerstone in the lives of high school-aged women. 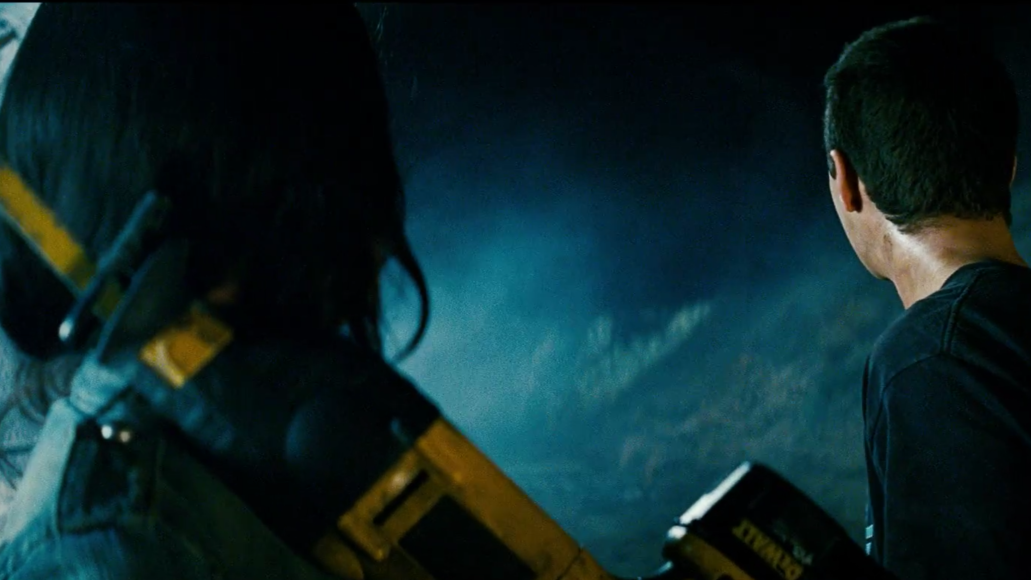 If you’re going to kill a sentient robot being with any power saw, make sure it’s a DeWalt. 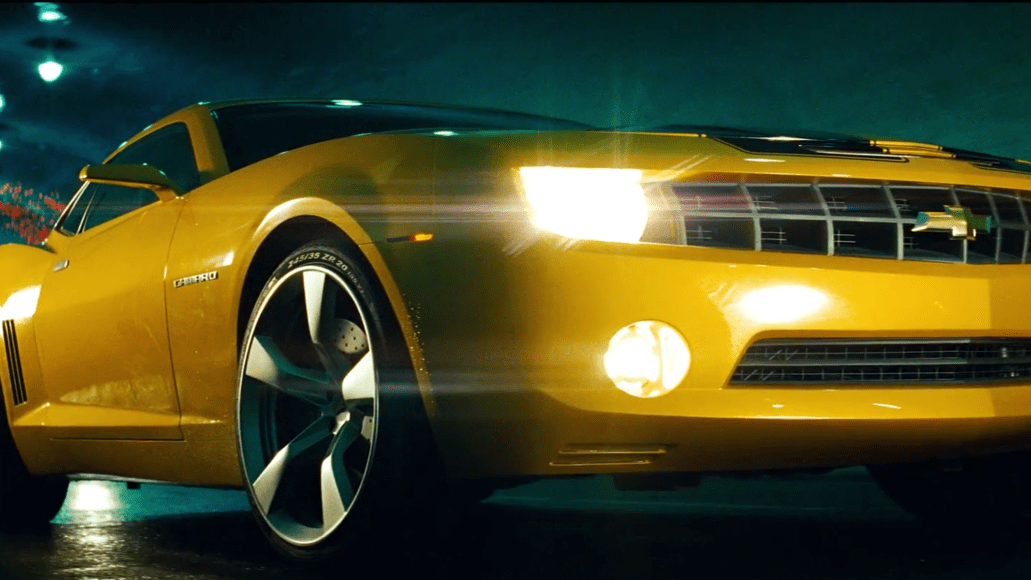 It’s actually worse in context; the above still is the result of the Camaro slowly rolling into the shot, because people love being sold shit in the middle of a film for which they paid their $9. (Oh, when seeing a movie was still a single-digit expense.) 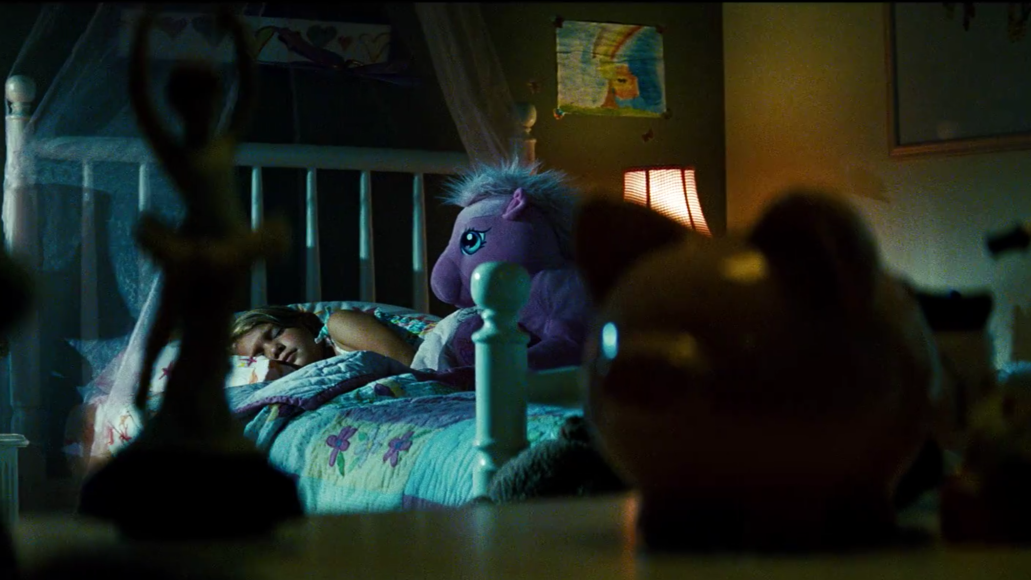 And that was the last time on public record that the show’s actual child demographic was the target audience for its plushies. 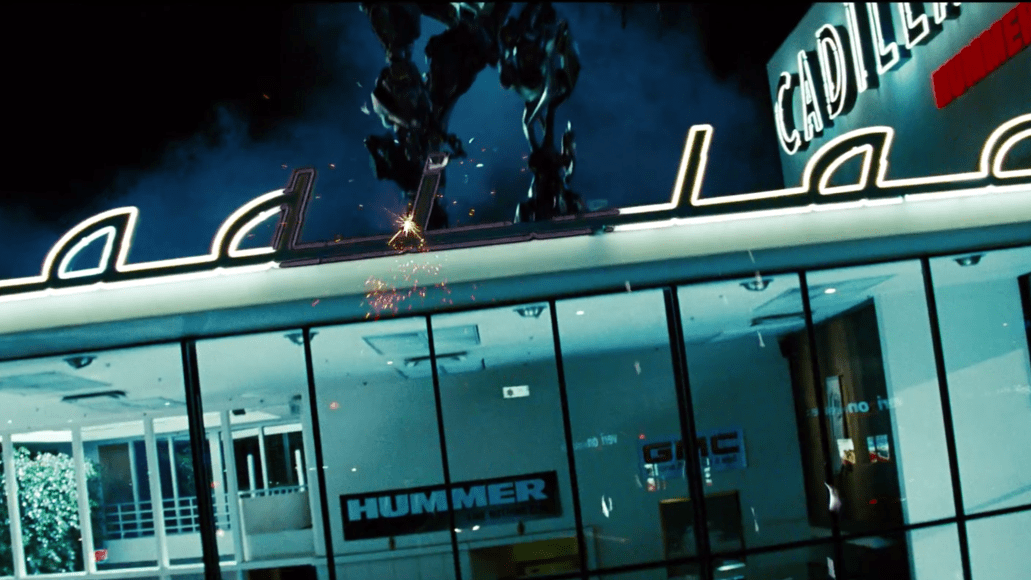 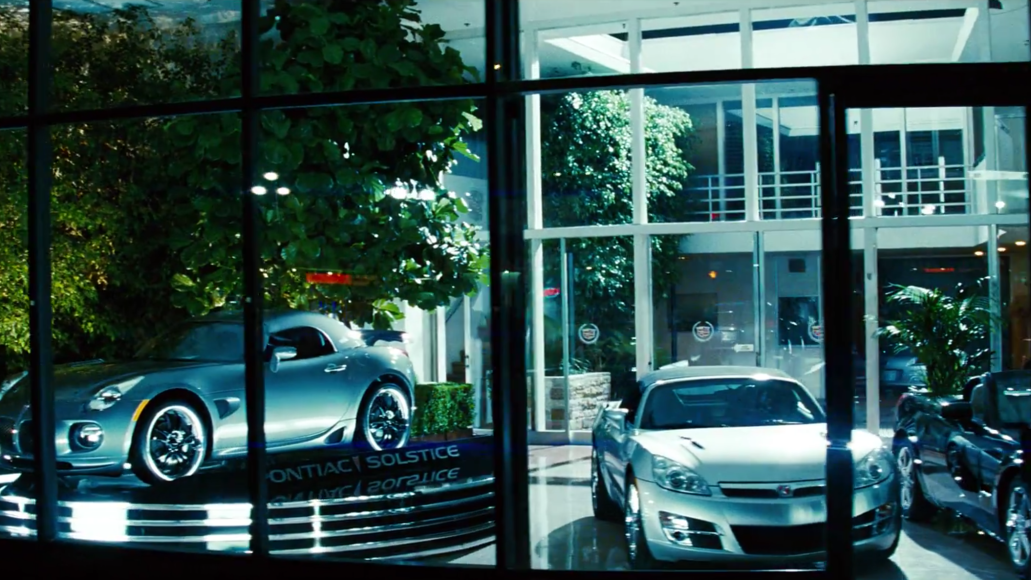 Same scene, but there’s something about literally displaying a car on its own labeled shelf that warrants its own mention. 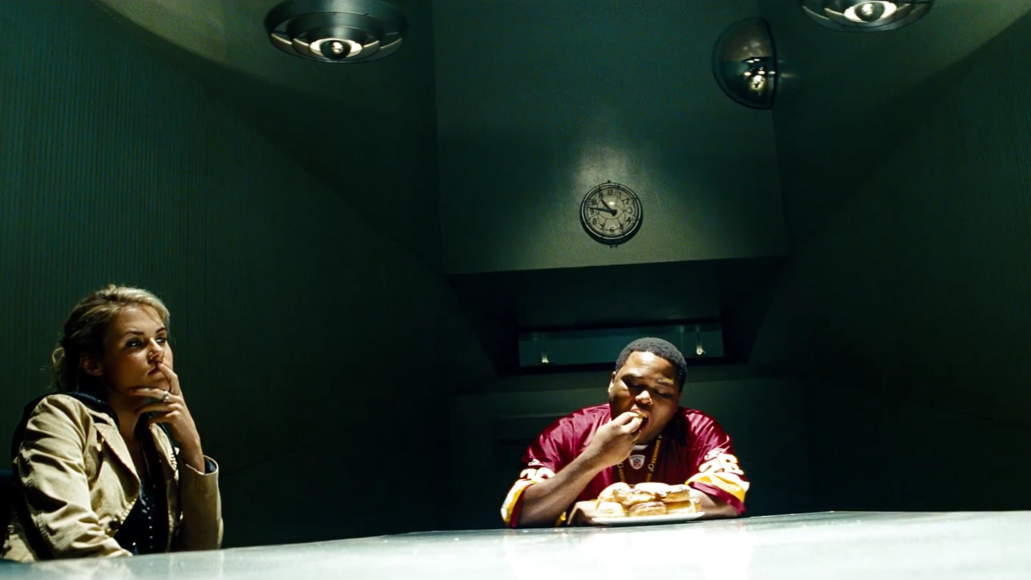 If you’re Bay, and you’re gonna push an NFL franchise, why not make it the most racist one with the owner who hates his fans the most?

(Clinton Portis was the truth, though.) 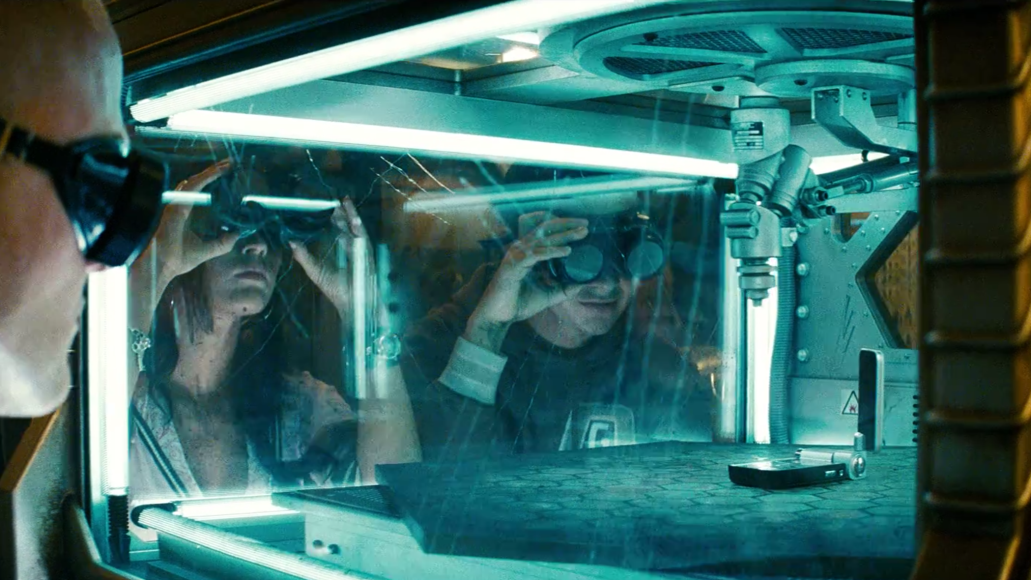 Not only is a Nokia cell phone turned into a violent robot, but there’s even a discussion about the brand’s Finnish origins while it’s happening. 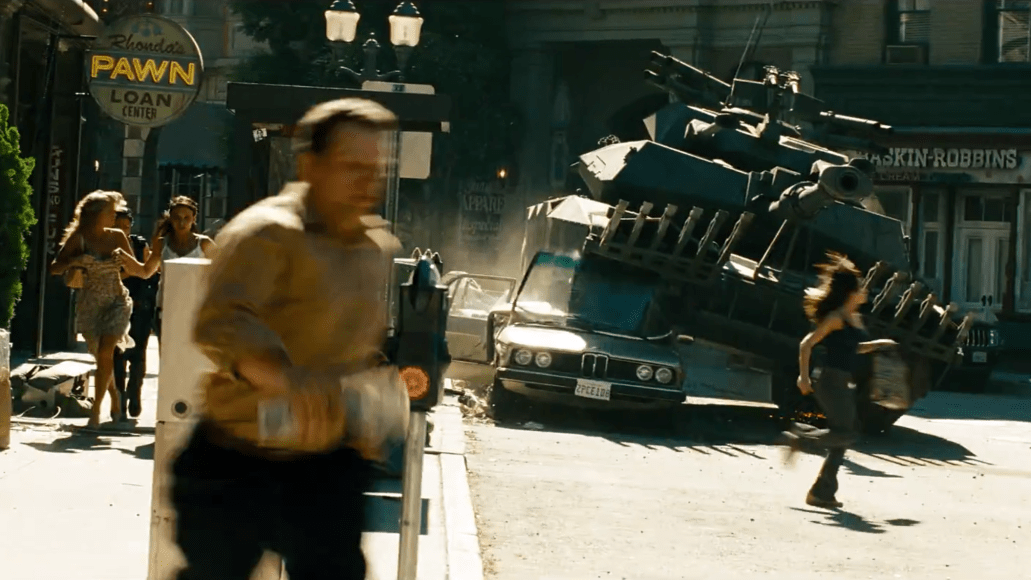 For all your Decepticone needs. 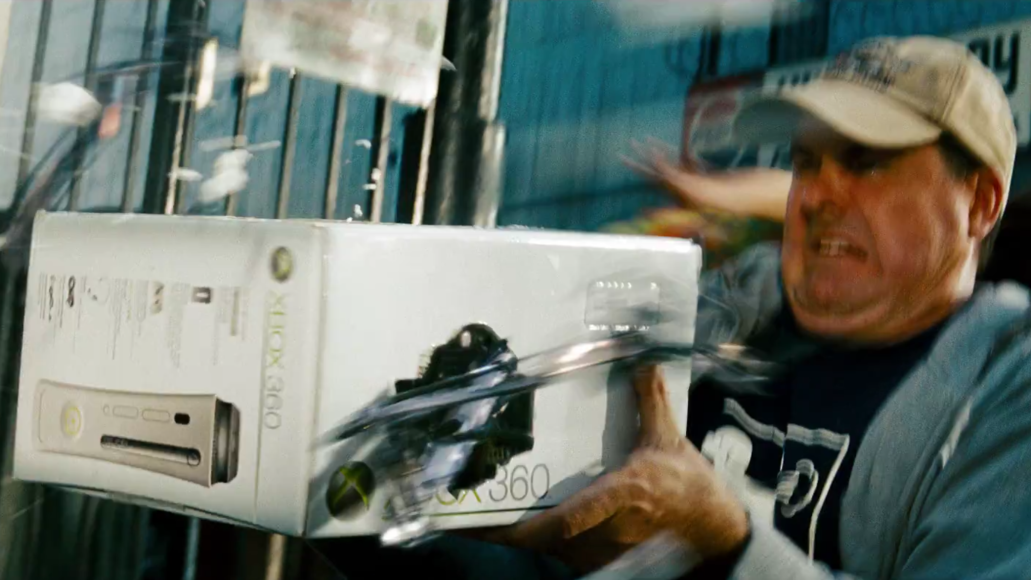 To conclude our time with the first film, a trio of things that are not killer robots being turned into killer robots by the All Spark. First up, a 360, complete with the signature “power on” audio cue. 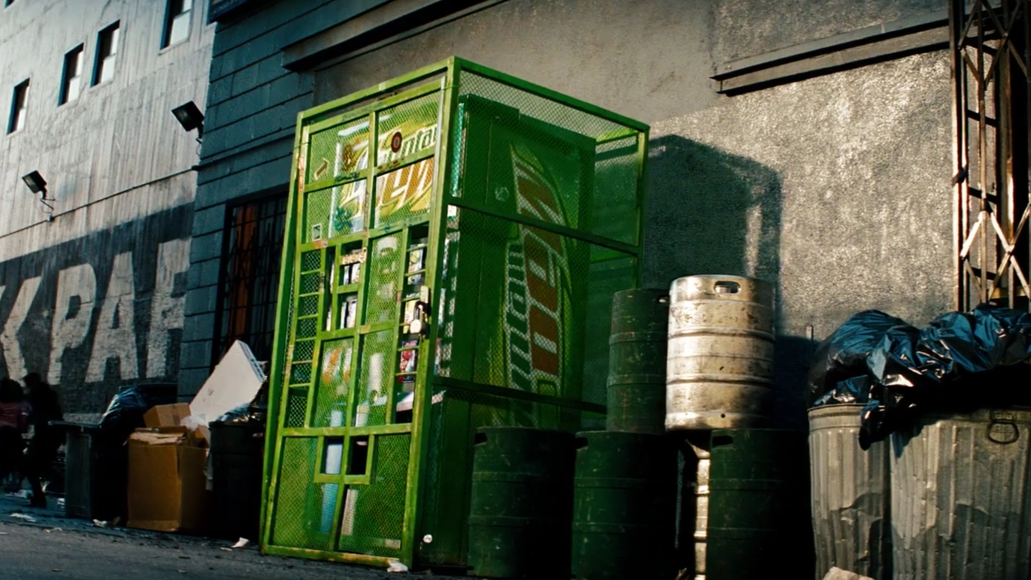 Yep, this thing becomes a Transformer just a split second after this lingering product shot. 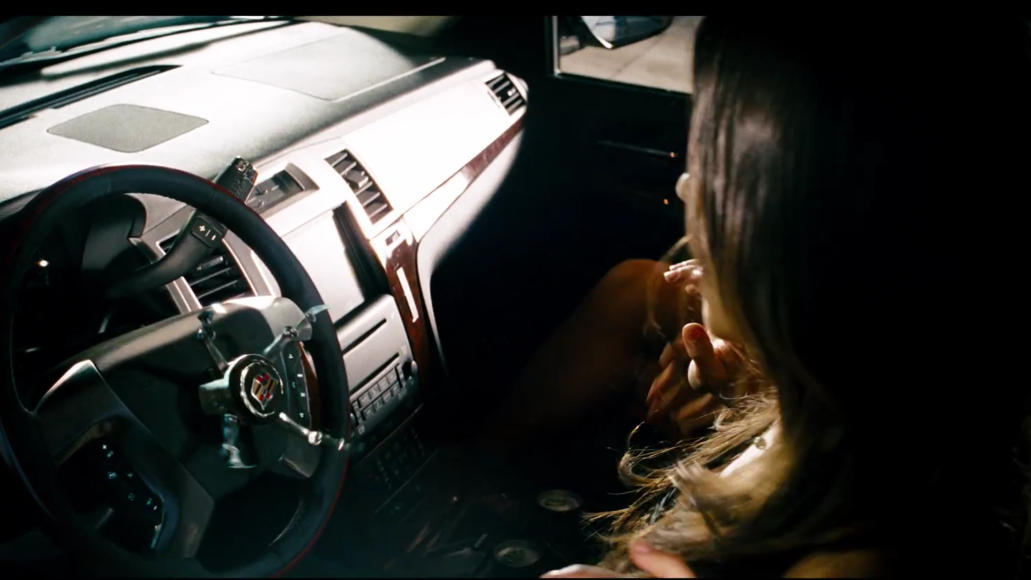 The moment that this logo latches onto this attractive, young woman’s face is the exact moment at which “on the nose” loses all meaning.

An Annotated History of Product Placement in the Transformers Series