In at least one sense, Comedy Central chose the ideal city to host its inaugural Colossal Clusterfest, a three-day comedy and music extravaganza with a name that simultaneously broadcasts and belittles its own grand ambitions. San Francisco has become its own sort of punchline in recent years, the butt of a joke whose setup explores how the tech industry conquered and pillaged the once-proud City by the Bay. (For an appropriately cynical primer, plow through a few episodes of HBO’s Silicon Valley). There’s a lot of comedic mileage to be milked from that narrative, and Clusterfest performers like Pete Davidson, Chris Garcia, and Saturday night headliner Bill Burr seized the chance to rib on someplace other than their usual targets of New York and Los Angeles. 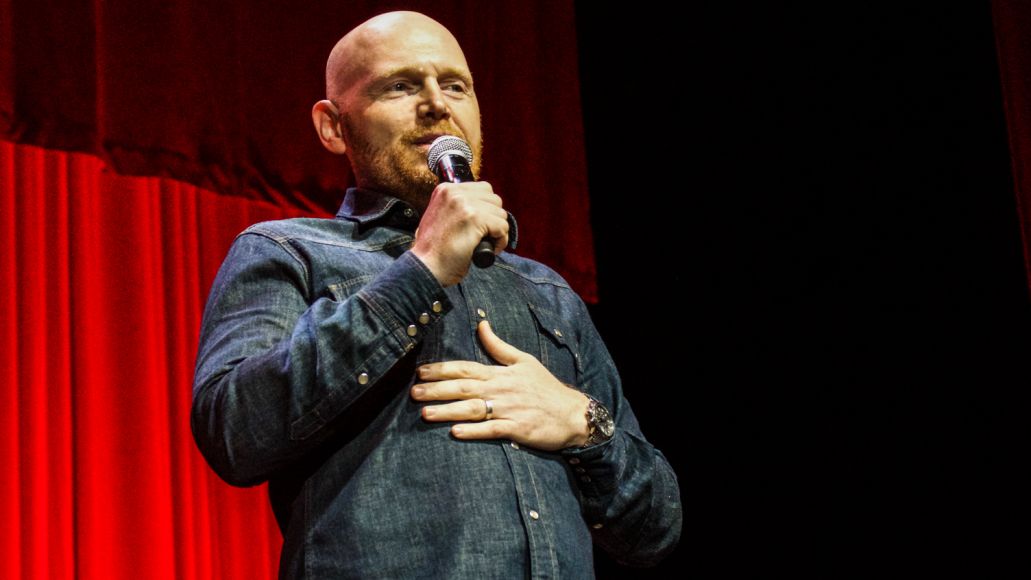 But Clusterfest’s defining quality may have been the organizers’ insistence on transforming Civic Center Plaza into a fantastical world divorced from history and, more crucially, reality. A tent near the entry gate housed a meticulous recreation of the Seinfeld apartment, and visitors waited up to an hour for the chance to snap a selfie inside that bizarro version of ‘90s Manhattan. Just beyond that, one could indulge in the two-dimensional pleasures of South Park, including but not limited to dining at the esteemed Casa Bonita, snapping a photo with Canadian émigrés Terrance and Phillip, and straddling a giant pair of cartoon testicles. Attractions like these made Clusterfest feel less like a traditional festival and more like a hilarious, R-rated version of Disneyland — or a version of Comic-Con in which all the attendees forgot to dress up.

While tossing back $11 pints at Paddy’s Pub (the decor, if not the prices, inspired by FX series It’s Always Sunny in Philadelphia), one might have nurtured a sneaking suspicion that all of this seemed, well, a little unseemly. It’s plenty fun to pretend, but Comedy Central’s insistence on branding the ever-loving shit out of every available surface took some oomph away from the illusion, and the phony headshots lining the “Larkin Comedy Club” only served to underline the fact that no festival can hope to retain the intimacy of a true comedy show. 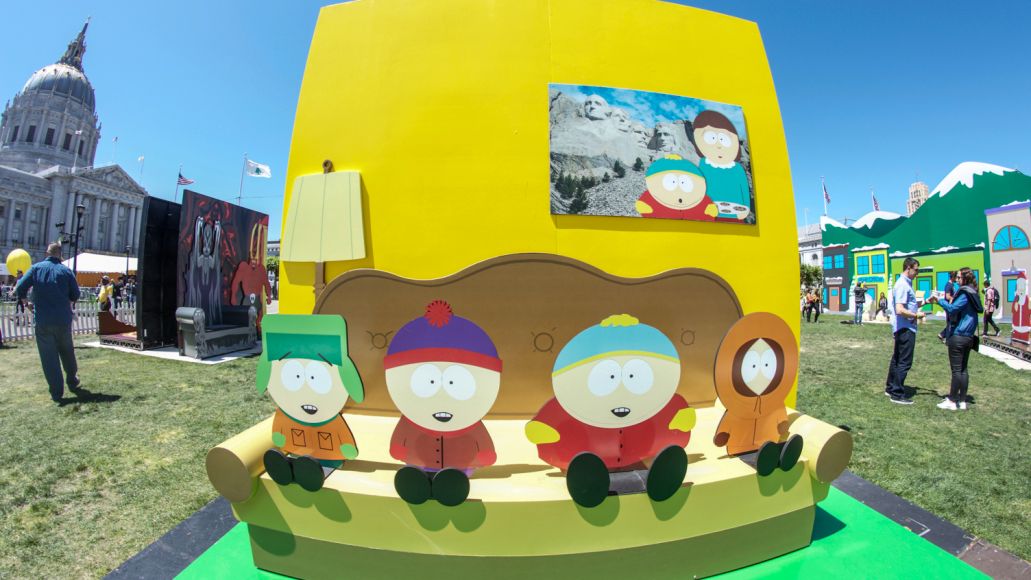 To their credit, the performers rarely failed to take playful digs at their surroundings. During the first of two tapings of their How Did This Get Made? podcast, comedians Paul Scheer and Jason Mantzoukas ruthlessly poked fun at the Larkin Club’s decor (singling out a blown-up portrait of Betty White holding an urn). Later that night, shivering on the outdoor stage, Burr repeatedly joked about doing a “parking lot” gig and likened the scene to a political rally in Iowa. All in all, it was a strange confluence of medium and location, but waves of laughter drowned out any qualms, and the prevailing sentiment was that Clusterfest got most of the big stuff right.

Speaking of big stuff, all three nightly headliners — Kevin Hart, Burr, and comedy legend Jerry Seinfeld — proved worthy of their billing and ranked among the festival’s most successful acts. Hart especially was a revelation, all the more so because the crowd only got one chance to witness his sparkplug comedy in action. A large percentage of performers appeared in multiple acts over the course of the weekend, with Seinfeld and Burr teaming up on Sunday for a memorable Q&A about the former’s upcoming Netflix series, Comedians in Cars Getting Coffee. 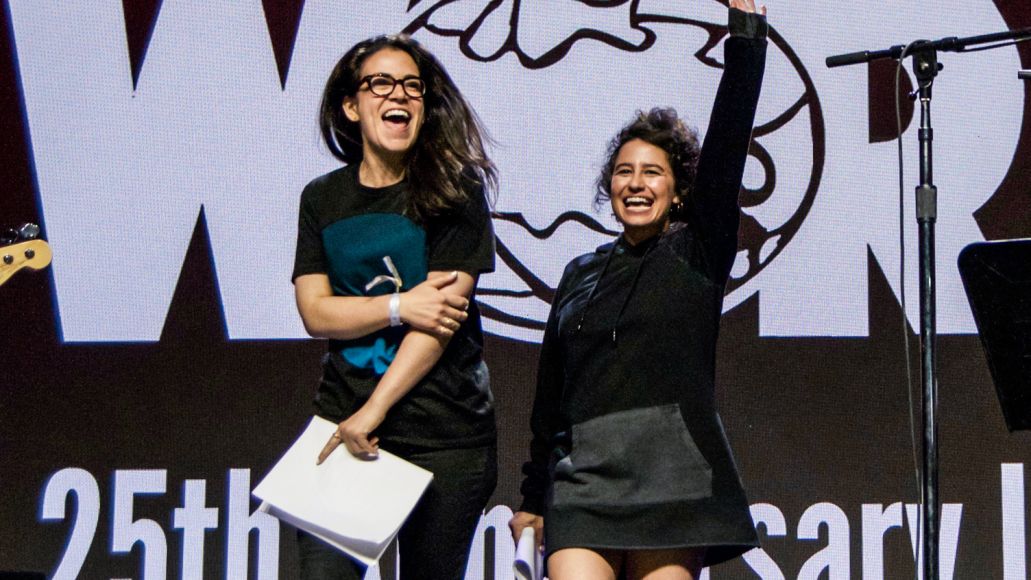 The format allowed for both comedians to veer off script and speak candidly about their careers, and it served as a welcome antidote to those comedians performing their second or third show of the weekend with the same material. Young SNL cast member Pete Davidson struggled to captivate on Sunday in part because he appeared listless and bored, but also because most of the crowd had already heard his act the night before.

Different versions of that problem dogged Clusterfest all weekend, and some of the biggest stars were clearly stretched too thin. A case-in-point: Broad City duo Abbi Jacobson and Ilana Glazer, who were seemingly everywhere on Saturday but couldn’t put together one act worthy of their considerable talent. Sure, a live script-reading of Wayne’s World looks pretty funny on paper, but after the novelty of the joke sank in, one couldn’t help but wish they’d just call it a wrap and move on to the next bit. 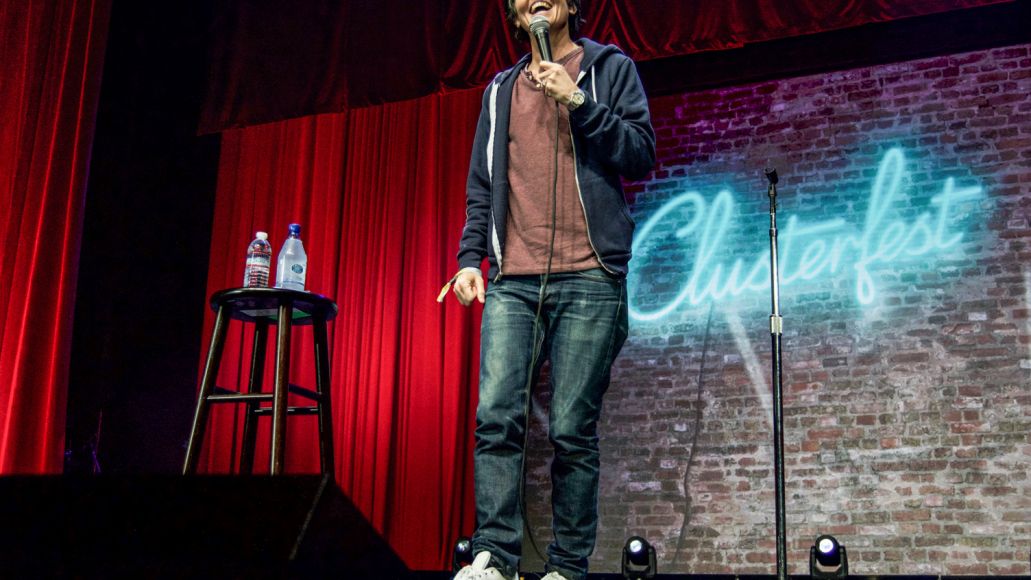 On the plus side, Clusterfest’s tendency to double-book performers sometimes led to truly hilarious surprises, as was the case during Tig Notaro’s bizarre, scattershot, but consistently funny headlining performance on Saturday. Acknowledging that she had already burned through some of her best stuff earlier in the day, she let her set wander from philosophical fart jokes to a “fake” Indigo Girls guest appearance. Both bits nearly overstayed their welcome, but it was refreshing to see a pro up there taking risks and not simply cycling through the motions. It was a reminder, too, of what makes comedy great in the first place: the sense of unpredictability that comes with baring the best and worst parts of your soul.

If Clusterfest hopes to evolve into a San Francisco institution along the lines of Sketchfest, the organizers will have to find more room for this strange kind of serendipity. They may also consider stripping away some of the more random musical acts and doubling down on the fact that this is a comedy festival, first and foremost. There’s no reason for Ty Segall to play a blistering, transcendent set on Friday afternoon if nobody’s going to show up and appreciate it; ditto for Vince Staples, the Long Beach rapper who notoriously feeds off his crowd for energy. Staples is about to drop one of the best rap albums of the year in Big Fish Theory, but on Saturday, he mailed in a lifeless performance that couldn’t have won him many new fans. 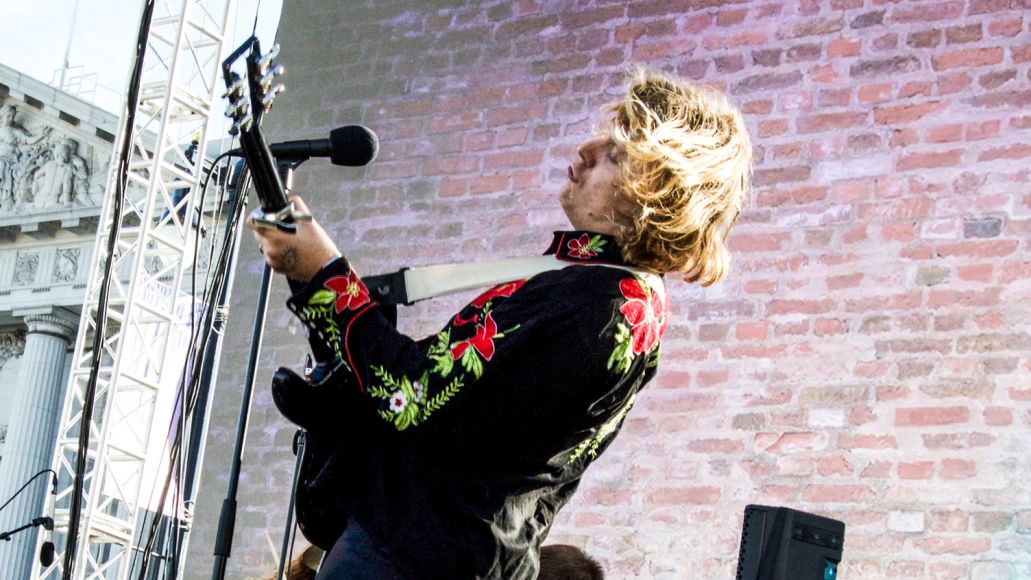 The good news? Event producers Superfly and Another Planet Entertainment, who also run the Outside Lands music festival in Golden Gate Park, have already shown that they can put together a first-class festival. Comedy and music are different beasts, though, and Clusterfest would do well to learn from this year’s growing pains and capitalize on everything that went so right. If world-building is going to remain a priority, for instance, more moments like Gorburger wandering the festival grounds or Rob McElhenney bartending in character at Paddy’s Pub seem like a no-brainer.

Disney’s had more than half a century to get these details right, but Clusterfest faces a more difficult challenge. Comedy, after all, doesn’t work quite like a theme park. It thrives less on the comfort of the familiar than on the thrill of not knowing where the next joke’s headed. More than anything, it needs a relatable, human face, the kind that’s too often obscured by the corporate trappings of a Coachella or a Clusterfest.

As Jerry Seinfeld advised an aspiring comic on Sunday, the first rule of comedy is simple: Work your ass off. If Clusterfest hopes to continue on an upward trajectory next year, it should heed the wisdom of its biggest star.

Click ahead to see an exclusive gallery from the inaugural Colossal Clusterfest.