The following review was originally published as part of our coverage of the 2017 South by Southwest Film Festival.

Edgar Wright doesn’t need to prove anything to anyone. Spaced remains a cult classic, the same goes for Scott Pilgrim vs. the World, and his Three Flavours Cornetto Trilogy — 2004’s Shaun of the Dead, 2007’s Hot Fuzz, and 2013’s The World’s End — is more than enough to justify his inclusion on a list of must-watch filmmakers for the next 20 years. His ability to subvert any genre, whether it’s horror, or action, or sci-fi, has not only proven to be a timeless delight, but it’s shaped the way other filmmakers have since grappled with each of those respective genres. For that feat alone, he’s one of the most vital filmmakers of this century, and the good news is that he’s only getting better. Because if Baby Driver is any indication, and it most certainly is, Wright is no longer a fanboy-turned-filmmaker, but a proven auteur who’s going to sit comfortably next to the Carpenters, the Camerons, and the Tarantinos.

Prior to its world premiere at the 2017 South by Southwest Film Festival, Wright referred to Baby Driver as “a car film driven by music,” and that couldn’t be more apt of a description. This is the La La Land of car chase movies, a jaw-shattering spectacle of sight and sound that sets the bar through the roof for any filmmakers currently cutting their teeth in music videos. Of course, that’s hardly alien territory to Wright, and in fact, it’s his 2003 music video for Mint Royale’s “Blue Song” that more or less serves as a proof-of-concept for Baby Driver. But Christ, no Hollywood suit and no diehard fan could have had the foresight to picture something like this, namely because nobody but Wright had any idea what this was supposed to be. This is something that’s been brewing inside his head for over two decades, and that unquestionable dedication, confidence, and passion fuels each and every scene of Baby Driver.

Hollywood hunk Ansel Elgort plays Baby, whose outstanding skills behind the wheel have made him the go-to getaway driver for Kevin Spacey’s acerbic crime boss Doc. But Baby is different, Baby is unique, and Baby can’t drive unless he’s jacked into an iPod, which could be blaring anything from The Jon Spencer Blues Explosion to The Damned to Barry White. You see, Baby suffers from tinnitus, brought on by a traumatic childhood incident, and when he’s not hearing the country-fried blues of “bellbottoms” or the rollercoaster thrills of “Neat Neat Neat”, he hears constant ringing. Fortunately for him, and his sexy partners in crime (see: Jon Hamm, Jon Bernthal, Eiza González, Flea, Lanny Joon, and Jamie Foxx), he’s always jamming out, which means he’s always at the top of his game. That all changes, however, when he meets his dream girl Debora (Lily James) and starts yearning for a life outside of heists.

Make no mistake, Wright’s still paying homage to the celluloid greats of yesteryear. Walter Hill’s 1978 stunner The Driver is a big influence here — hell, the legendary filmmaker makes a vocal cameo at the end as a court room translator — as are what Wright refers to as The Holy Trinity of Nineties L.A. action-crime thrillers: 1991’s Point Break, 1992’s Reservoir Dogs, and 1995’s Heat. Cinephiles can find traces of all those films in a number of scenes throughout Baby Driver, though unlike his iconic Cornetto Trilogy, the references are far less explicit. Similar to his unprecedented work on Scott Pilgrim, Wright leans less on pastiche and more on style, taking all of his surefire trademarks, from the loud cuts to the theatrical dialogue to the unforgiving gore, and expands upon his milieu with grander propositions. He offers up lengthy shots on par with Iñárritu! He turns his color palette into a bag of Skittles!

(Interview: Director Edgar Wright on the Need for Original Blockbusters)

What’s more, Wright orchestrates his action like it’s being primed for a Technicolor musical, which is completely understandable given that he tagged performance artist, choreographer, and designer Ryan Heffington for the assist behind the scenes. Having worked with everyone from Sia to Florence + The Machine to director Spike Jonze, Heffington knows how to wrench the emotion out of any piece of movement, and his agency is all over the very music-heavy and very swiftly paced Baby Driver. Granted, there’s always been a musicality to Wright’s work, but it’s never been to this scale and hardly at this volume. From beginning to end, Wright chews through dozens upon dozens of songs, making this seem like one long, epic music video, but here’s the thing: While, yes, this film exists in a very surreal, dreamlike state — think Wild at Heart andTrue Romance — the action never loses its footing.

Style is nothing without substance, however, and Wright is fortunate enough to have a cast that understands exactly what was going on inside his head, specifically Elgort. Sure, the young actor is no stranger to larger-than-life productions, having starred in both the Carrie remake and the Divergent series, but his performance feels like a total breakthrough. Elgort does all the heavy lifting and rises above each challenge, whether it’s interpretive dancing through Atlanta’s city streets or leaping through department stores like he’s a real-life Peter Parker. His chemistry with Lily James is intensely palpable, too, and should warrant a number of heartwarming GIFs for future Valentine’s Days. You really root for them. Meanwhile, veteran buffs like Spacey, Hamm, and Foxx turn a blind eye on their shiny trophies and revel in the bizarre archetypes they’ve been painted within. All three are fabulous, but Hamm gets the most to work with here as Buddy, and his 180 here should have Tina Fey shouting, “Told ya so.”

(Report: Baby Driver and the Terrifying Truths About Tinnitus)

One more person who gets to say that is Wright, and for good reason: It’s rare these days to see a high-concept genre experience like Baby Driver, and it’s even rarer to see one that hasn’t been retooled to death. That’s a sad and cruel fate Wright knows too well; after all, this film arrives in the wake of his severed ties to Marvel’s Ant-Man, another passion project of his that was seemingly decided upon by committee-based filmmaking. With that in mind, Baby Driver feels like even more of a victory for the guy, seeing as it’s a big-budget action film that’s tied to zero intellectual property outside of his name and the stars he aligned. That we live in an era where ingenuity is considered a surprise win and something like this can still be seen as a risk is totally asinine and unreal, but hey, the good news is that we also live in an era where filmmakers like Edgar Wright exist.

And nobody’s taking the keys away from him. 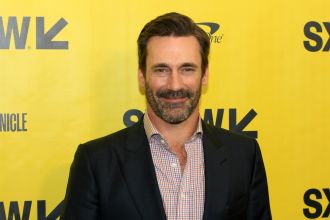 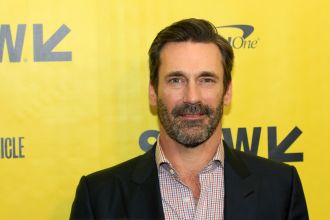 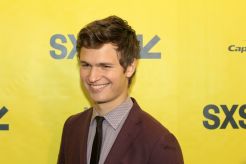 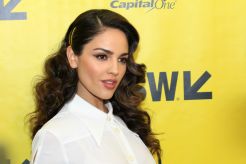 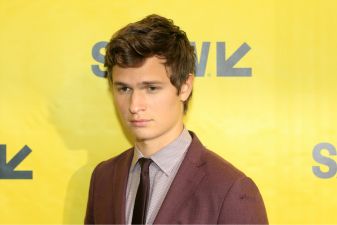 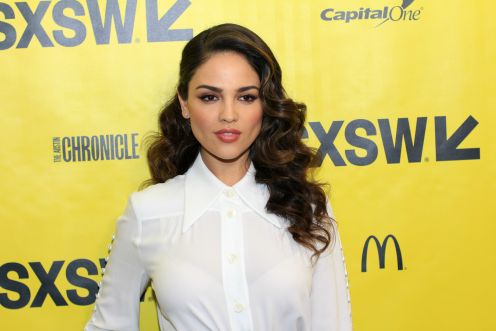