Marvel still has Spider-Man: Homecoming and Thor: Ragnarok coming this year, but as always, the studio is already looking ahead to what’s next. 2018’s entries into the Marvel Cinematic Universe will kick off when Black Panther claws its way into theaters on February 16th. That’s a fair ways off, but the studio has already released the first trailer for the blockbuster, which you can see above. Even more exciting, it’s soundtracked by Run the Jewels’ “Legend Has It”.

The film stars Chadwick Boseman in the title role, aka King T’Challa of the African nation of Wakanda, a character he debuted in last year’s Captain America: Civil War. Also reprising their parts from that film will be Florence Kasumba as Ayo, T’Challa’s bodyguard; John Kani as T’Chaka, T’Challa’s deceased father; and Martin Freeman as Joint Counter Terrorism Center representative Everett K. Ross. Andy Serkis will also return as Ulysses Klaue, aka Klaw, a villain who first appeared in Avengers: Age of Ultron.

Plenty of new stars will enter the MCU via Black Panther, as well. Michael B. Jordan portrays Erick Killmonger, a rival of T’Challa’s who returns from exile to overthrow the king. Lupita Nyong’o plays Nakia, T’Challa’s love interest and a member of the elite all-female Wakandan special forces team known as the Dora Milaje. Danai Gurira is the leader of the Dora Mlaje, Okoye. Rounding out the star-studded cast are Angela Bassett as T’Challa’s mother, Ramonda; Daniel Kaluuya as T’Challa’s close confidant, W’Kabi; Forest Whitake as Zuri, a Wakandan elder statesman; and Winston Duke as M’Baku, aka Man-Ape, the leader of a rival Wakandan tribe.

Black Panther was directed by Ryan Coogler (Creed) from a script he co-wrote with Joe Robert Cole (American Crime Story). Find the synopsis and first poster down below.

“Marvel Studios’ Black Panther follows T’Challa who, after the death of his father, the King of Wakanda, returns home to the isolated, technologically advanced African nation to succeed to the throne and take his rightful place as king.

But when a powerful old enemy reappears, T’Challa’s mettle as king — and Black Panther — is tested when he is drawn into a formidable conflict that puts the fate of Wakanda and the entire world at risk. Faced with treachery and danger, the young king must rally his allies and release the full power of Black Panther to defeat his foes and secure the safety of his people and their way of life.” 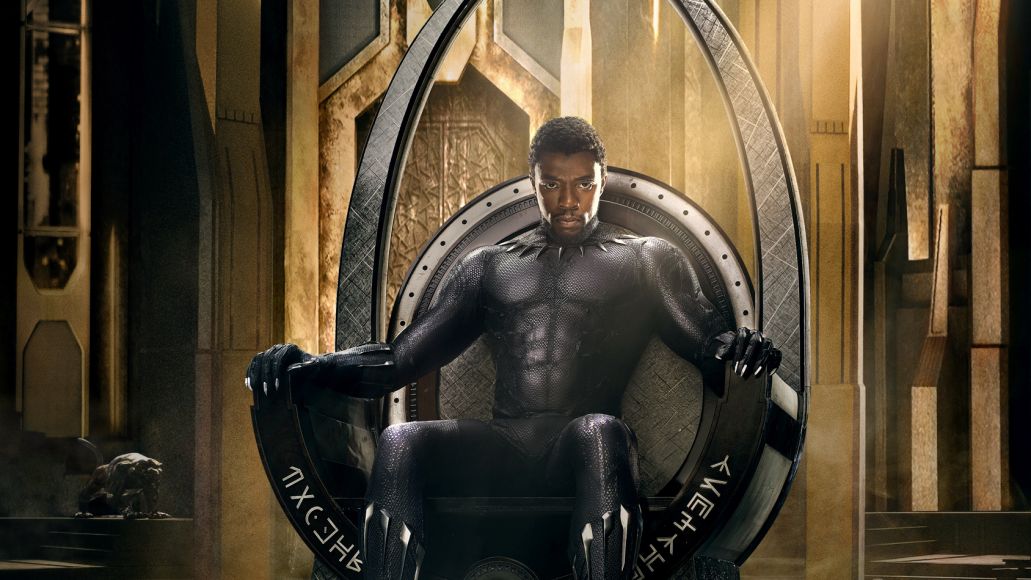