Phoenix were never likely rock stars. When Wolfgang Amadeus Phoenix launched two smash alternative (and crossover) singles in 2009 and 2010, they were the latest in a line of indie rock hitting the mainstream in a time of particularly good will toward bands of their ilk. “1901” was aided heavily by commercial and television syncs, but nearly a decade later it and “Lisztomania” are still undeniable. They’re the kind of tunes that could incite 15,000 people to stand in a seated venue, dance in the aisles, and feel united. It wasn’t just luck or circumstance or marketing that made these Phoenix songs huge. They were also just that good.

Since Wolfgang Amadeus Phoenix, the French band has offered up two LPs, and neither attempt to regain the status that launched them to headlining festivals. Where 2013’s Bankrupt! largely confused audiences hoping for a semblance of the earworm ease that came with their previous release (and was even present on 2006’s It’s Never Been Like That), their latest, Ti Amo, casts them as a different band altogether. Ti Amo makes no play for the radio and doesn’t attempt to cement their mass appeal status. It’s a statement in aesthetic, in vibe. A band that made their mark with legitimate songs is now making their mark with something else, something that is increasingly popular outside of rock. Phoenix is now pushing a feeling, and Thursday night at the Hollywood Bowl, it felt like the best version of the band. 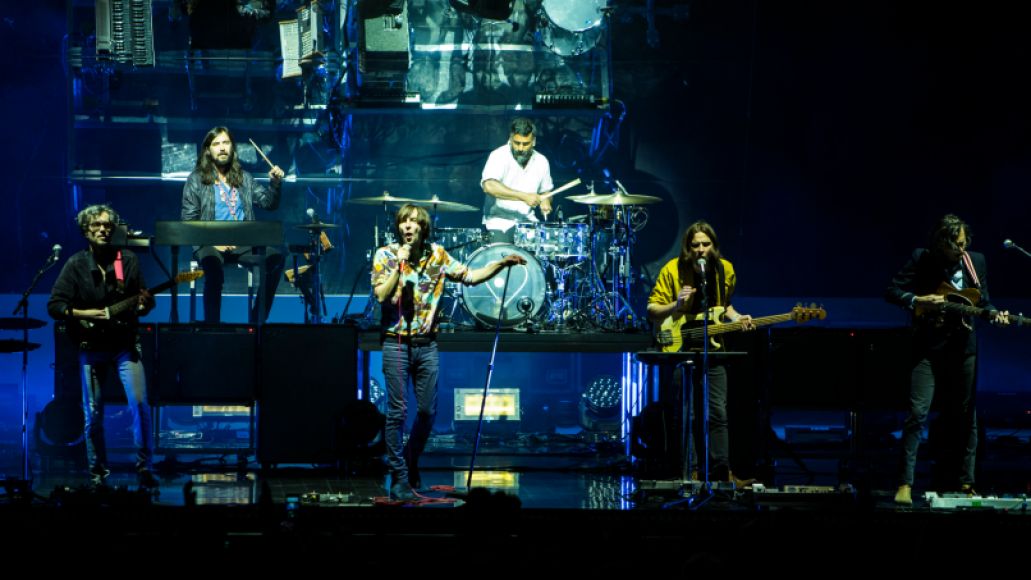 It turns out that a heavy dose of their most beloved album (almost all of Wolfgang was performed at the show) is still very much necessary for Phoenix, but it also might be enough to keep fans roped in while they explore new terrains. When the band delved into their most recent material, be it the night’s kickoff title track or the closest thing to a single in “J-Boy”, Phoenix provided a warm summer night with the fuel it needed to make a lasting memory. There were tried-and-true endeavors, like the “Love Like a Sunset” and “Bankrupt” mashup that plays on the idea that both songs function in exactly the same manner on their respective albums. And there were genuine showstoppers, like a woozy version of “Countdown” to kick off the encore, stripped down to just vocals and guitars for frontman Thomas Mars to soak in the moment.

But even more than the music, Phoenix’s visual presentation left a mark. Backed by a giant mirror, it took a few songs for the production to show its majesty. It turns out that the stage flooring was an LED display, allowing for the backing mirror to showcase the floor’s visuals to the crowd. This allowed for the band to supplant themselves within the projected visuals, making for a demonstration that was entirely unique and well thought out. Regardless of what songs Phoenix was playing at any given moment, the stage always looked breathtaking. 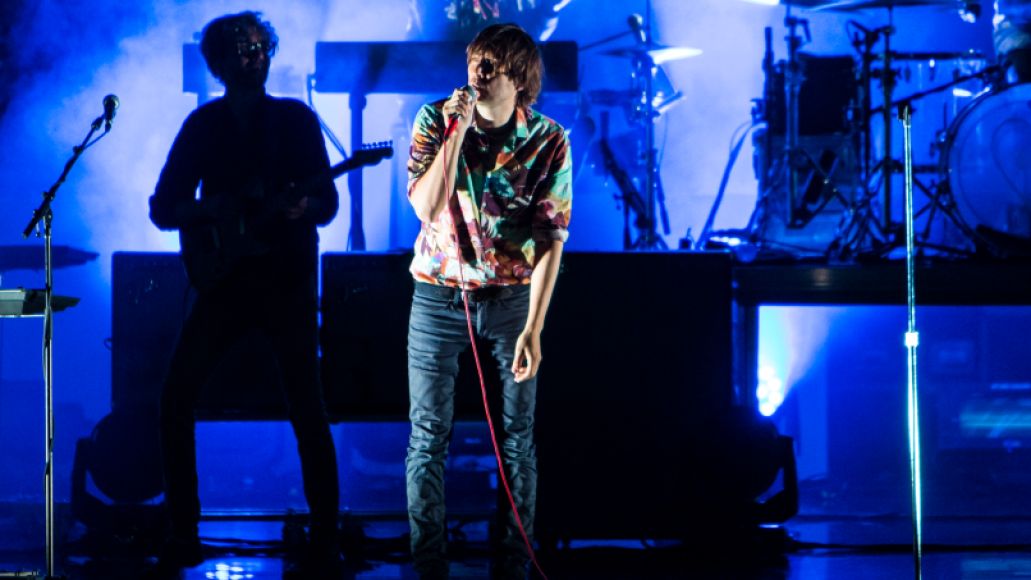 During the show’s final moment, a reprise of “Ti Amo”, Mars went deep into the Hollywood Bowl audience, a move that surely wasn’t unique to the venue or this night. But whatever the purpose was for his audience adventure, it never really panned out, with the song just sort of coming to its natural end without much drama. It was the only portion of the performance where Phoenix didn’t have it all figured out, where their grasp couldn’t quite reach their vision. Ti Amo functions similarly, with the band making the music they are fully intending, but losing sight of their longterm career viability in the process. If the band continue to make records without legitimate hits, it’s hard to imagine them continuing to headline places like the Hollywood Bowl. But in 2017, the band have found a sweet spot, where their past can carry their present to huge, accepting audiences. 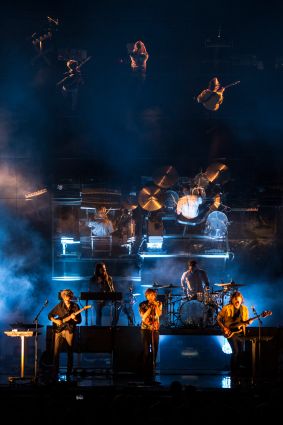 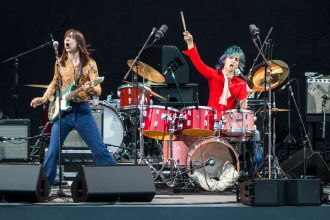 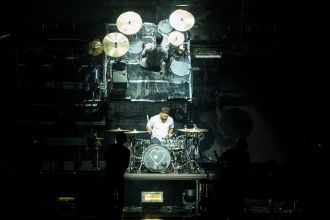 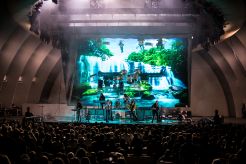 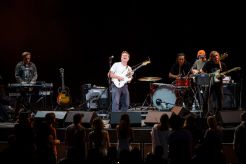