This article originally appeared in 2015. We’re republishing it in anticipation of Sufjan Stevens’ new collaborative album with Angelo De Augustine, A Beginner’s Mind, out this week.

It’s been nearly 20 years since Sufjan Stevens first appeared on the music scene as a solo artist, but it’s still difficult to think of him as a real person. The man films videos of himself playing banjo on a farm with a curled baseball cap on his head. He dances awkwardly in neon duct tape and strands of lights. He faces audiences with a set of feathered wings strapped to his back four times the size of his body.

Let’s not forget the handful of times he’s thrown Christmas shows, either, or the hundreds of inflatable elves he throws into the audience there, too. The man puts his heart into making his performance a full endeavor. Sometimes he’s cartoonish. Sometimes he’s overdramatic. No matter what, he gives it his all.

For one, Sufjan Stevens stays inexplicably busy. The banjo-toting singer-songwriter is busy off the tour route moonlighting as a dancer, a filmmaker, a composer, a collaborator, and a music fan himself. His imagination is constantly running rampant. Instead of cowering in fear from ideas that don’t yet make sense, he throws himself at the drawing board, getting his hands dirty regardless of how much prior experience he has in a given field.

As he unleashes A Beginner’s Mind in collaboration with Angelo De Augustine, we’re stepping back and digesting his career up until this point. Sufjan Stevens is one of the greatest songwriters of our time. His music shines light on the power of horns, banjo, piano, and even religious themes as never heard before. He’s a giant within music. Stevens is heralded for the comfort he brings us and the solitude he indulges in when we have no one else to turn to but are in need of a good cry — from happiness or depression or anything in between. 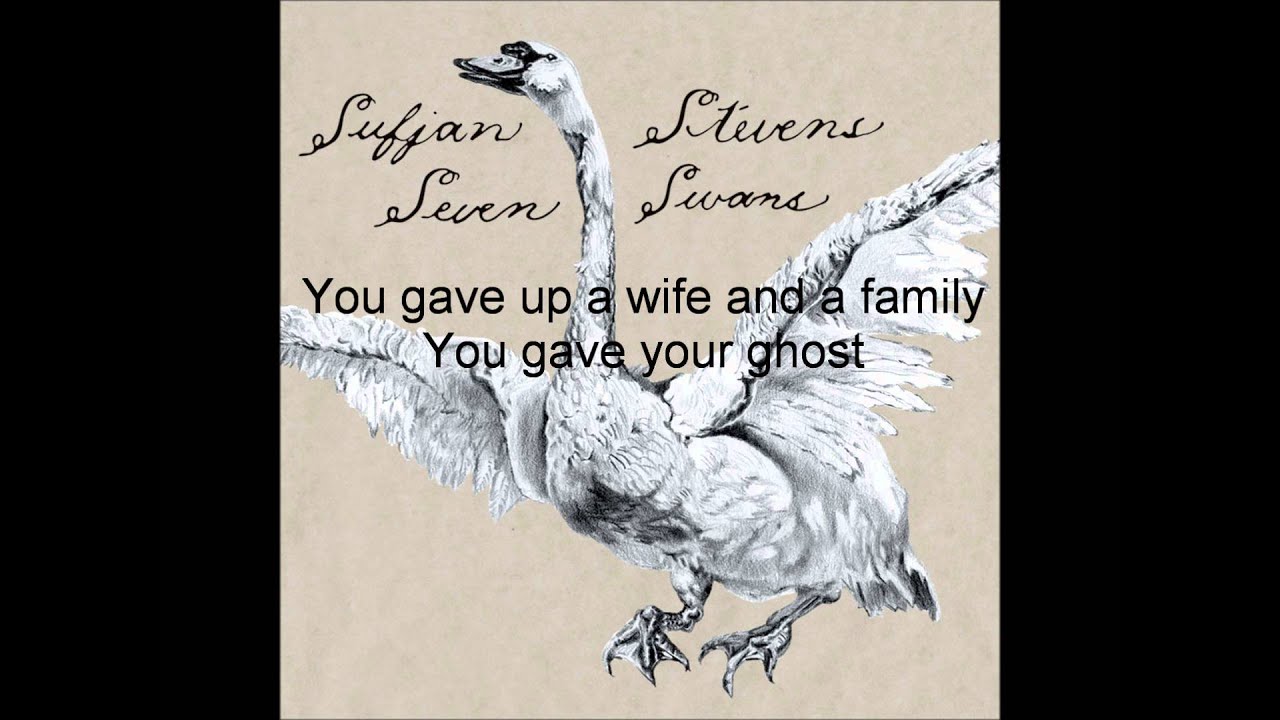 Although Sufjan Stevens doesn’t identify as a “Christian artist” per se, he does identify as Christian, and he has never been afraid to work out his own theological feelings through the medium of his music. Nowhere is this more evident than on 2004’s full-length Seven Swans. “To Be Alone with You” layers Stevens’ characteristic soft vocals over equally soft guitar strums, allowing the strength and simplicity of the lyrics to take center stage.

Any ambiguity about who he’s addressing is done away with in the second verse when he sings, “You gave up a wife and a family/ You gave your ghost.” It’s something akin to a more somber, thoughtful reiteration of those “Jesus is my homeboy” t-shirts that were big a few years back, finding Stevens connecting on a deep level to the sacrifices that Jesus Christ made to be your personal lord and savior. — Katherine Flynn 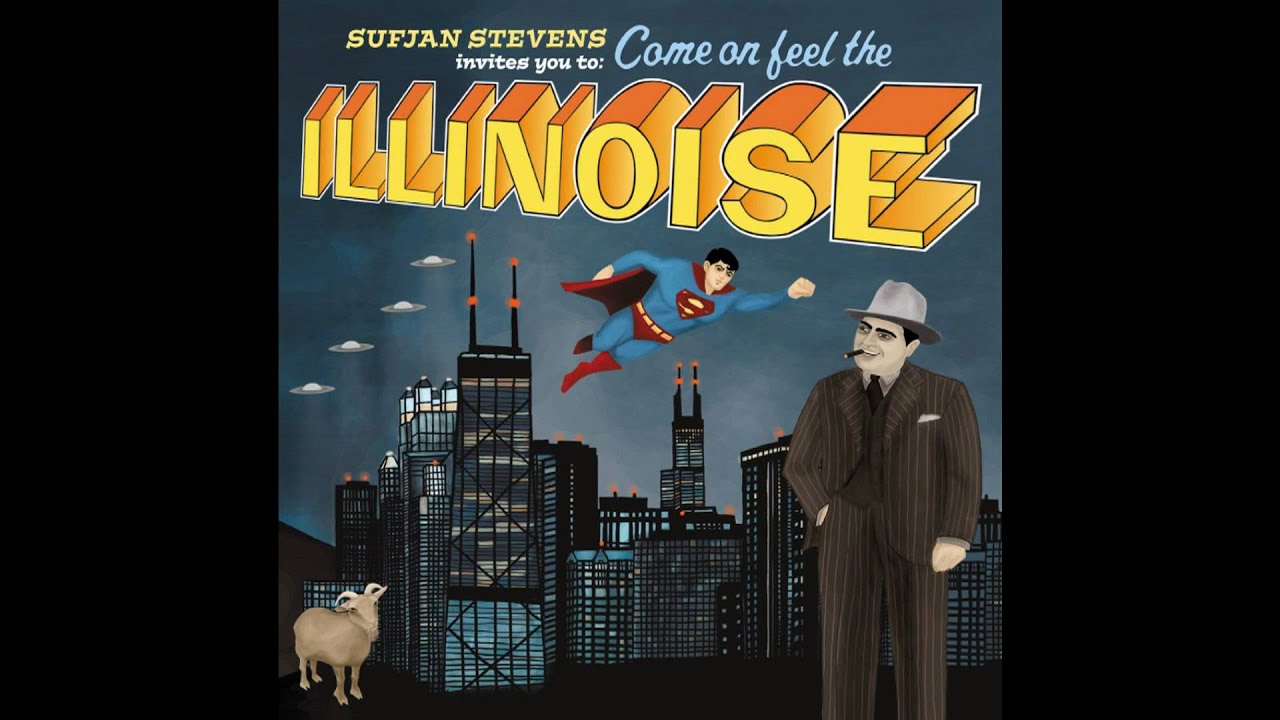 Sufjan Stevens’ much-talked-about and very ambitious plan to record an album dedicated to each of the 50 states never really made it out of the Midwest, but at least we have jangling, grand classics like “Chicago” (and the ambiguous, all-encompassing phrase “all things go” that has since been co-opted by Nicki Minaj) to show for this period in his artistic output.

“Chicago” is, simply put, a slice of road trip perfection; it wholly encompasses the feeling of catching that first glimpse of the Windy City skyline as you approach on the highway, winding your way closer and closer to those tall buildings.

Although Stevens later admitted that the 50 States Project had been a promotional gimmick that he was never likely to finish, this song’s longevity and place in the indie rock canon (thanks in no small part to its use in the 2006 road trip film Little Miss Sunshine, ironically set between New Mexico and California) have never been up for debate. — Katherine Flynn

Guys, remember that period of time before everyone and their brother was gunning hard for that folksy Mumford sound, and banjos still sounded fresh to our electric-guitar-conditioned ears? What a time to be alive. “Seven Swans” is about as delicate and beautiful a Sufjan song as they come, and it builds to a tender, powerful crescendo.

If the refrain “I am Lord, I am Lord, I am Lord” wasn’t enough to tip you off, this song belongs soundly in the realm of the devoutly religious with the Biblical significance of both swans and the number seven as contributing factors. It’s not hard to picture Sufjan hunched over his banjo, orchestrating a grand vision of this piece of music that starts out sparse and ends up lush, rich, and about as close to an aural religious experience as anything else you’ll find in contemporary music. — Katherine Flynn

Not Your Grandmother’s Piano Lessons

Welcome to the most haunting two-minute song you will ever hear. Although comprised of just a few simple piano chords and muted, humming vocals, “Redford (for Yia-Yia & Pappou)” manages to swiftly and effectively evoke all of the desecrated beauty of its namesake, a Detroit suburb that has seen just as much blight and chaos in the past few decades as any other town in the region.

“Redford” is so stunningly perfect in how it evokes inner-city decay, in fact, that The Roots used it in their 2011 concept album Undun as the lead-in to a four-movement instrumental piece at its conclusion. (The fictional character at the center of the album’s narrative, Redford Stevens, was also named for the song.) — Katherine Flynn