Warning: This article contains spoilers pertaining to The Mummy.

What’s a hot new franchise if the most common response to its existence is, “Okay, sure, I guess?”

In 1999, The Mummy cleared $400 million worldwide and, in the process, revived one of Universal’s most honored traditions: the monster movie. While they’re hardly the only studio to make its name on the phobias of its audiences, fare from Dracula to Bride of Frankenstein was one of the primary makers of Universal’s name in the early years of Hollywood. Between 1932 and 1944, the studio made a total of five films based around the Mummy character, in addition to Abbott and Costello Meet the Mummy in 1955. (Boris Karloff would play the most classic version in the 1932 original, with Tom Tyler and Lon Chaney Jr. eventually playing the role as well. Eddie Parker filled in for that last comic outing.)

Stephen Sommers’ late-‘90s update offered virtually everything audiences could want from a good summer movie: a breezy action-adventure feel, a pair of engaging leads in Brendan Fraser and Rachel Weisz, a handful of memorable action setpieces (that giant sand face in particular), and just enough of a dollop of updated creature violence to sate even the most jaded modern appetites. It was a surprise hit which begat two sequels (and a spinoff, The Scorpion King, which in turn inspired its own lineage of bad straight-to-video actioners), and is generally regarded well, if not as a particular classic.

This week sees Universal attempt to recapture that success 18 years later, with a movie that many of your friends have probably called Mummy: Impossible before glancing around the room, thirsty for even the hollowest of laughs. The Mummy isn’t just the latest in a line of action vehicles positioned around Tom Cruise doing stuff while running and screaming, it’s the beginning of an entirely new franchise endeavor for Universal. The Dark Universe, a planned series of updates of the studio’s famed monster properties, is the second such attempt after Dracula Untold landed among tepid reviews and a general lack of audience engagement in 2014. A Bill Condon-directed Bride of Frankenstein has already been greenlit for 2019, and just a few short weeks ago, Universal premiered a questionably Photoshopped group image (see above) of the actors cast so far in future roles: Javier Bardem as Frankenstein’s monster, Russell Crowe as Dr. Jekyll, and Johnny Depp as the latest take on the Invisible Man, joining Cruise and Sofia Boutella from The Mummy.

To put it charitably, the Dark Universe is one of those endeavors that seems to have placed a legion of carts before an army of horses. Particularly given the already toxic buzz around The Mummy (22% on Rotten Tomatoes, as of this writing), it’s the latest example of a studio franchising its biggest properties over time, a practice that’s become increasingly common as Hollywood desperately rallies around any IP that is or might become a guaranteed, sustainable source of revenue. Consider the sad saga of Divergent: the first was a modest hit for Summit/Lionsgate, enough to prompt the studio to greenlight three additional movies. The third flopped, and a gestating fourth still hasn’t seen (and may never see) the light of day. Then there’s Sony’s Amazing Spider-Man, which was surrounded by rumors of more installments and a planned Sinister Six spin-off before the second film was met with unexpectedly low box office returns and muddled reactions from fans and critics alike.

This isn’t to say that the Dark Universe can’t work over time, but that it’s starting on a shaky basis at best. Given that one scene in The Mummy involves Cruise being walked around a DU-centric research base by Crowe’s Dr. Jekyll, it’s clear that the studio already has grand designs for the new concept. And granted, the mere presence of Abbott and Costello in the studio’s lineage means that even the idea of monster mash-ups (or say, a Monster Mash) isn’t entirely new. But unlike Marvel or DC, it’s not a comic lineage with decades of diverse, spiraling stories from which to cherry-pick the best and most crowd-pleasing material that Universal will be drawing upon. It’s a series of horror characters who happened to begat franchises in a time when different things were expected of film sequels, attempting to latch onto an equivalent but not necessarily compatible model. It’s also a departure from the studio’s once-humbler roots; their early horror productions were so counter to most films being made at the time that it distinguished the young studio in the days of Carl Laemmle and later his son’s tenure at the helm. If this is more than a bit of a romantic notion given the realities of modern film production (put another way, you make what sells), it’s one arguably worth acknowledging. 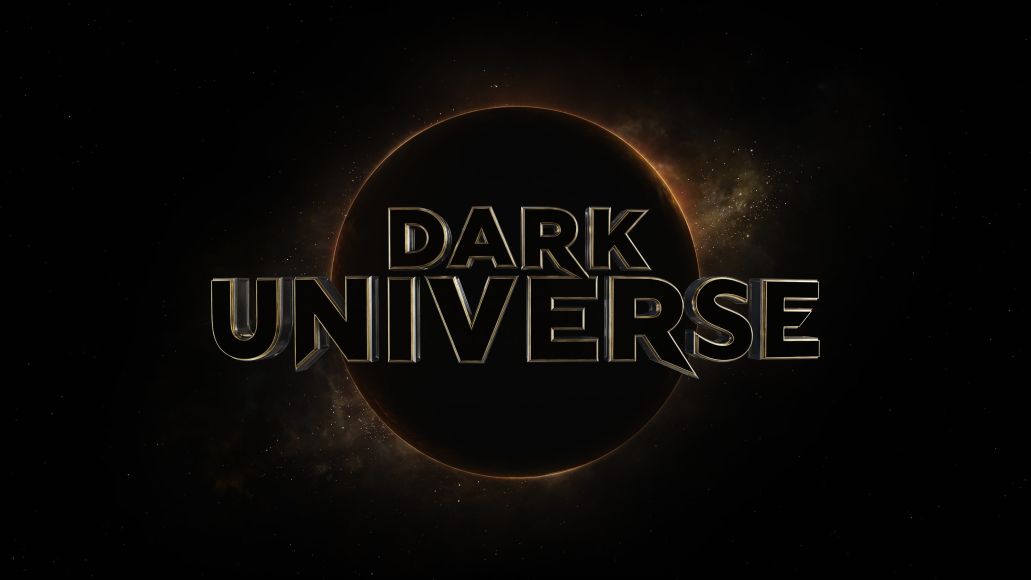 The aggressive branding of the Dark Universe, from that photo to a secondary logo bump already at the beginning of The Mummy, feels at odds with the appeal of the Universal Monsters that the studio hopes to mine for the next several years. Dracula works as a tragic ode to the evils of indiscretion, Frankenstein as an indictment of man playing God, Creature From the Black Lagoon as a reminder of nature’s violent unpredictability. It’s entirely possible for a modern filmmaker to tap into and update these fears and anxieties, but The Mummy less suggests a new horror series than the beginning of a Universal-branded series of “superhero” films with its allegorical beings as the protagonists. It’s certainly a new approach to the characters, but it’s one of debatable quality on its face as well. If a movie about Frankenstein’s monster is less about a mad doctor and more about Frankenstein’s monster kicking ass, at what point does it achieve the singularity and simply turn into another Van Helsing? We’d argue it’s not an ideal to chase, but your mileage may vary.

Audience skepticism is the DU’s other major impediment, at least at this stage of the progression. One of the best things about the MCU from a marketing vantage was how unprecedented it was at the time. Lucrative film series have been around for decades, but the notion of a planned long-form arc over 10 years of movies was a bold endeavor that even Marvel Studios only gently dipped toes into, until it knew that the strategy was sustainable over time. The Dark Universe, like the DCEU, has confirmed the introductions of several more characters and standalone movies (including the Phantom of the Opera and the Hunchback of Notre Dame) before The Mummy even hits theaters, where it’s currently tracking to open beneath Wonder Woman in its second week as of the publication of this piece. That’s to say nothing of Universal’s aggressive plans to release one Dark Universe film a year before the first series entry’s release.

By gradually turning into a franchise, rather than declaring itself one and demanding that audiences get on board pre-emptively, the MCU distinguished itself as something new and exciting. (Lest we forget, it also earned its audience’s investment before mortgaging its future on the same. Funny how that works.) The trick to selling a modern audience on the universe model (outside of having the brand recognition of Marvel and DC, anyway) is to let it feel as though it’s discovering something new and organic and exciting. The Dark Universe could become this with time, with a few movies received better by audiences than it seems like The Mummy is about to be. But to hold an audience’s hand and tell them which new properties they should be excited about? For Universal, that might be the scariest proposition of all.

The Mummy, Universal, and the Risk of Cinematic Universes