During the modern blockbuster season, moviegoers are treated to battling robots, dazzling celestial bodies, and swinging superheroes. These often visually assaulting images are created, for the most part, in a computer. While these scenes of science-fiction bombast can excite and titillate, they are but cold 1s and 0s. And the majority of summer adventure fare is just that, cold. As technology advances, the humanity of the blockbuster is dwarfed by computer generated excess. It’s somewhat hilarious, then, that this lost cinematic humanity would be reclaimed by a computer generated ape.

Throughout the trilogy, two artists have been instrumental in the creation of Caesar: actor Andy Serkis and Senior Visual Effects Supervisor Joe Letteri. The two have been co-workers for quite some time, going as far back as 2002’s The Lord of the Rings: The Two Towers. Together, they brought Gollum, King Kong, and Tintin’s Captain Haddock to the big screen, and now they’ve given us Caesar, a palpable hero that continues to push the envelope of motion-capture acting. 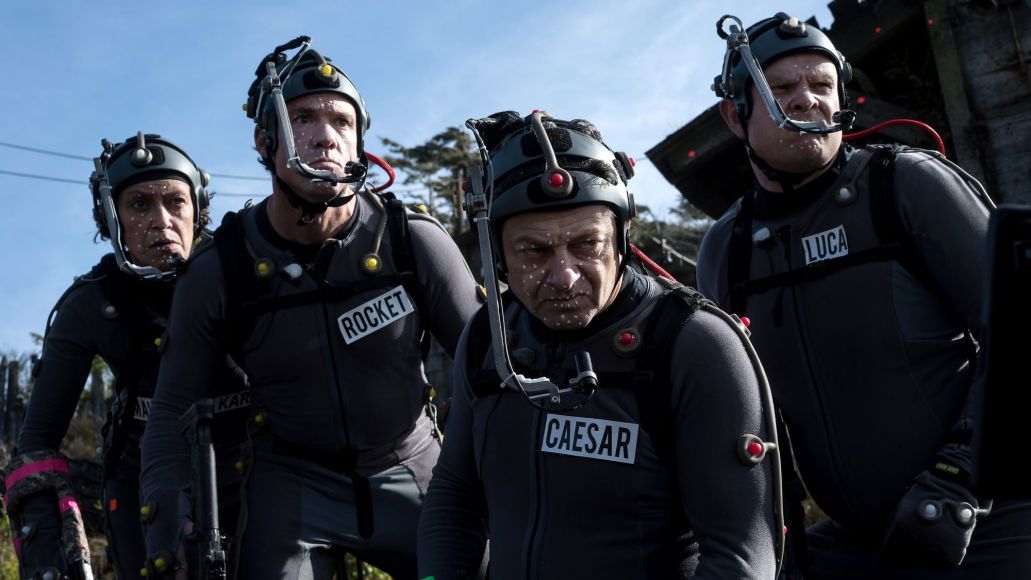 “Going back to Lord of the Rings, we had to shoot things twice: we shot things on film, then we went back to a volume to create Gollum,” Serkis recalls. “On King Kong, we had the first facial capture for this kind of thing, but the cameras were in 180 degrees, so the performance had to be delivered in a certain direction.”

This changed on Dawn of the Planet of the Apes. “Then came head mounted cameras that were untethered,” Serkis continues, which means we were able to move around and act in 360 degrees and all the actors really interact with each other.”

When Serkis and Letteri speak of special effects and technology, it’s always in regard to how it services the character and story. “All those things, while they don’t change the acting part of it, what they enable the whole process to do is make the characters more believable because you’re inter-reacting with snow, rain, all of that,” Serkis explains. “Also, crucially, you’re interacting with other live-action characters, not having to go back and repeat it again, so they’re completely linked. Every beat, every emotion is interlinked, and you’re doing it once.”

Letteri remarks, “Hopefully the way the technology is evolving has meant less restrictions. Remember, with Gollum, we had a space maybe a little bigger than this room to work with. The more we can bring that technology out onto location, the more freedom you have to play whatever you needed and not worry about where the gear was.” 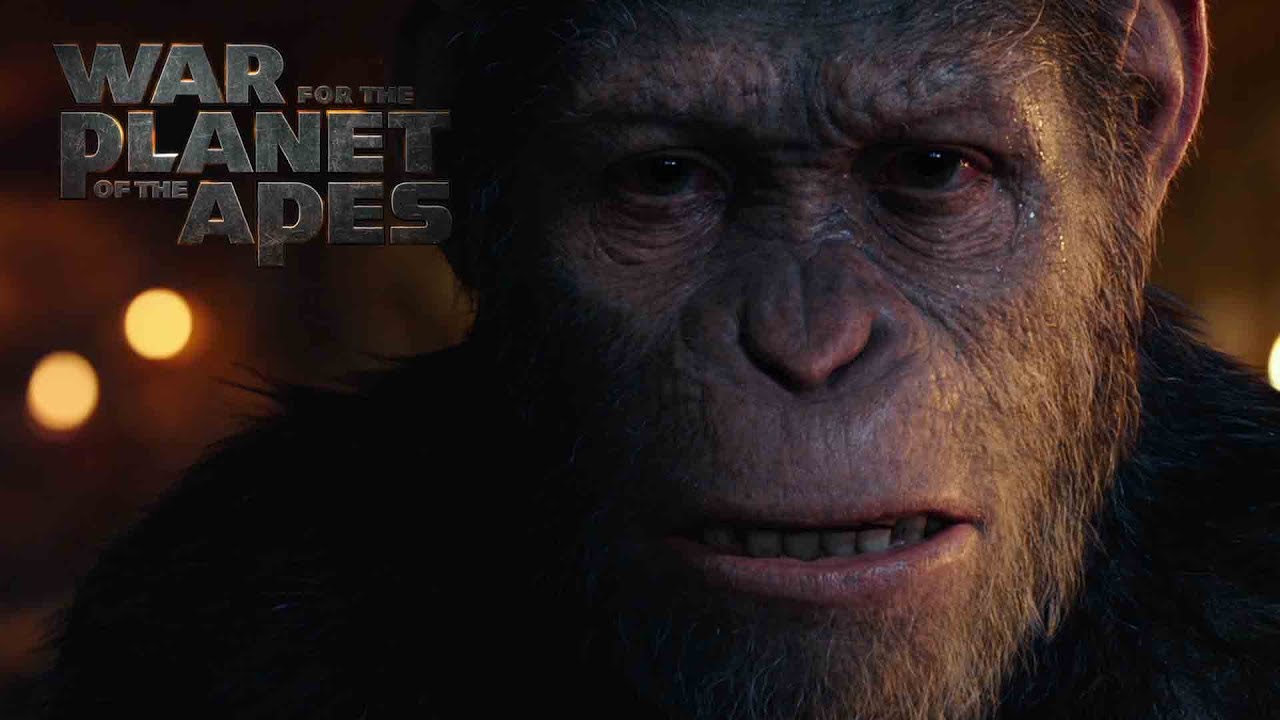 The results in War are truly staggering. Reeves puts Caesar’s face on full display, opting for long close-ups that exhibit the nuances of Serkis’ performance. Still, some critics and members of the Academy find a physical mask more “realistic” and worthy of praise, though Serkis begs to differ.

“To take the apes analogy,” Serkis says, “you’ve got Roddy McDowall playing those characters back in 1968 with the incredible John Chambers make-up. In fact, there’s an actor encased in an artifact which they can’t really push through. You know, they’re having to fight against something, but it is a mask.

“You take away the mask and you can really play internally. You can play the thoughts, the feelings, the emotions, and you’re looking into another actor’s eyes without having any sort of block in the way. Then the great work comes in interpolating that performance onto the physiognomy of an ape.”

With War for the Planet of the Apes, Serkis enjoyed the most freedom to physically and emotionally inhabit the role of Caesar. Having played the part for three films, however, the actor had to differentiate this older Caesar to show his evolution and growth as a character. Strangely, to accomplish this, Serkis placed new physical restrictions on himself. 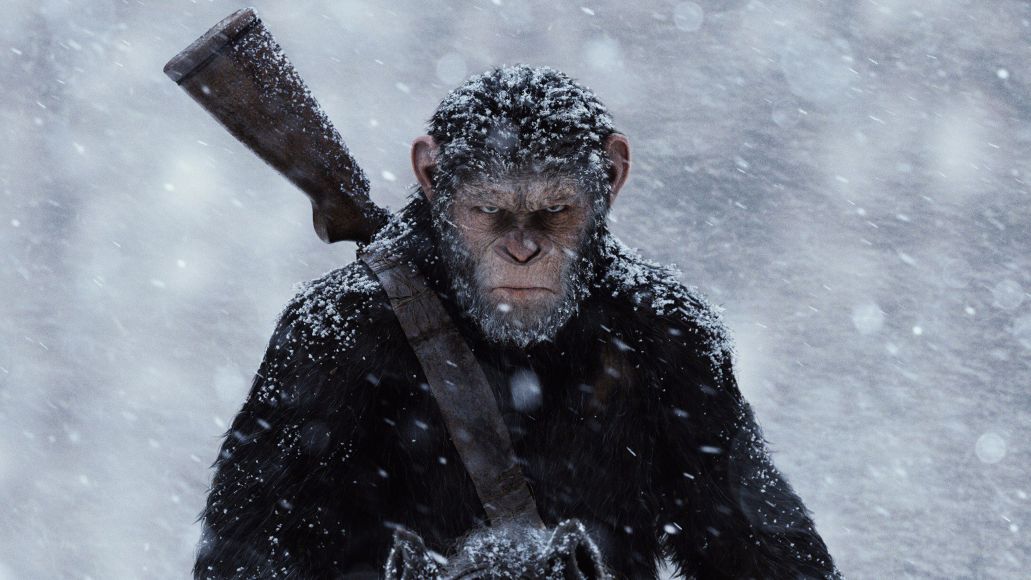 “In the first film, I wore chimpanzee teeth,” Serkis recalls. “On the second film, I wore mouth guards to stop me from fulling forming words. The teeth really helped me make the chimpanzee sounds in a way. I used to wear these mouth guards to keep me from over-articulating in Dawn. We decided to take those away completely for War because he is learning to articulate.”

At the same time, Serkis and Letteri had to be careful to stay away from the infamous “Uncanny Valley” where human replicas create a feeling of unease for the audience. Serkis remarks, “The big challenge in this one was not falling over the edge of making him too human and that becomes too unbelievable and slightly like ‘oh, there’s a man in a digital ape suit.’”

In the end, for Serkis, Caesar is a role like any other. He is adamant that, with or without his motion-capture suit, it is just acting. “It’s always about the approach to the role,” says Serkis, “which is the same as if you’re playing any character not using performance capture, a live action character. So, it’s your response to the script, your collaboration with the director, your way of embodying the character, psychologically, emotionally, physically and bringing that to bear on the character.”

“Really it’s still about the performance,” Letteri adds. “Even in his very earliest performances, going back to Gollum, it was just talking to Andy and saying ‘What are you thinking? Where does this character go? What’s behind it and what needs to be on the screen?’ So when we are trying to create the digital version of Andy’s performance, we aren’t missing anything.” 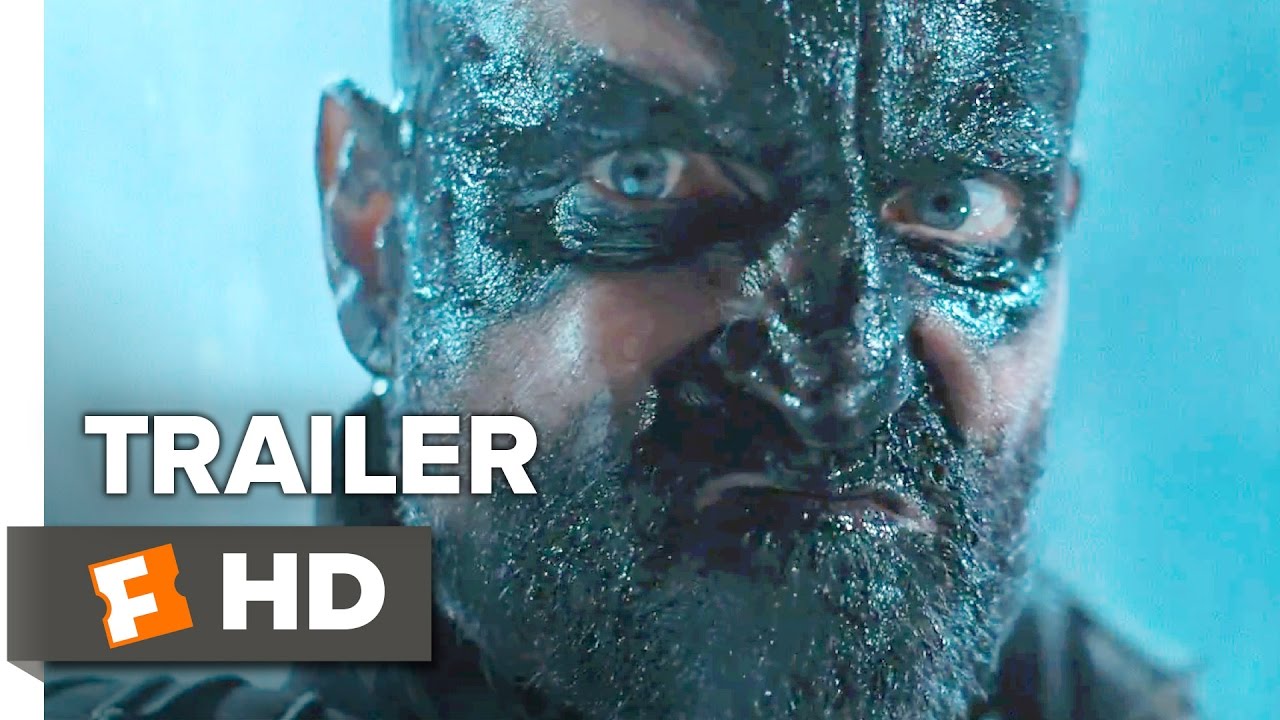 Naturally, it all comes down to telling a story, and hopefully a resonant one. Since the beginning of the franchise, the films have been a mirror for humanity’s own shortcomings. The hope for Serkis and Letteri is that all their difficult work will be invisible to the audience and that the thought-provoking narrative will shine through.

“The DNA of these movies is the fact that it’s discussing and is slightly prophetic about the world and the feeling of the world and the lack of the empathy in the world around us,” Serkis contends. “Hopefully, if you were to watch this movie in 10 years’ time and other things are going on, it would resonate with those things too. The older films are not only relevant to the Civil Rights Movement and continue to reverberate.”

Letteri’s view of the series is less political, yet he still sees the human story within Caesar.

“It’s about divided loyalties and finding out who you are,” Letteri describes. “Caesar grew up essentially as a chimp thinking he was a human. Then, there’s discovering he’s not and essentially humans rejecting him, putting him in the sanctuary. He’s got to find his own group and find the leadership. Every time there’s a conflict, he remembers the good in both sides and tries to draw the two together.” 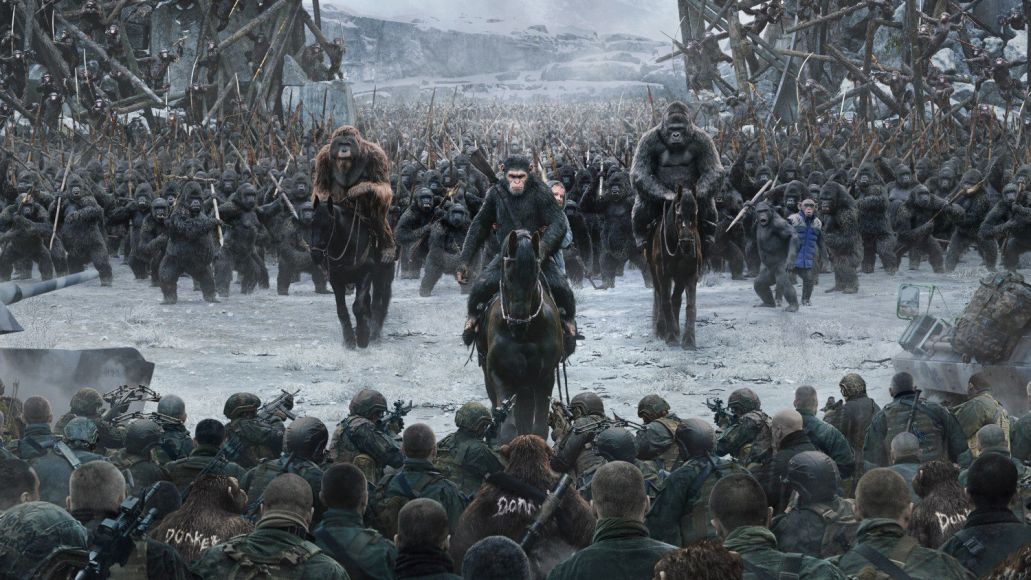 War for the Planet of the Apes marks the pinnacle of motion-capture technology, but it is easy to ignore this and simply become lost in the tale of one headstrong ape and his fight for freedom. While the films do invite the audience to another world, it’s never too far from our own. Instead, it gives us a skewed glance at our own humanity, and yes, there are striking similarities.

“It’s amazing to be only three percent away from apes,” Serkis states. “They’re so different to us, yet allow us to see ourselves.”