Today is Bastille Day, one of the most important holidays in France’s history. To commemorate, the city of Paris played host to a large parade, attended by citizens, tourists, President Emmanuel Macron, and a number of foreign dignitaries. Of particular note was the way said parade came to a close: In the spirit of the country’s hometown musical heroes, a French marching band performed a medley of Daft Punk hits, including “Get Lucky”, “Harder, Better, Faster, Stronger”, and “One More Time”, according to the Guardian. Watch footage up above.

Donald Trump was in attendance as President Macron’s guest of honor, but we’re pretty sure the Sentient Cheeto — as well as his press secretary Sean Spicer — were 100% clueless about this repertoire of “Daft Funk” tracks (see below for reference). 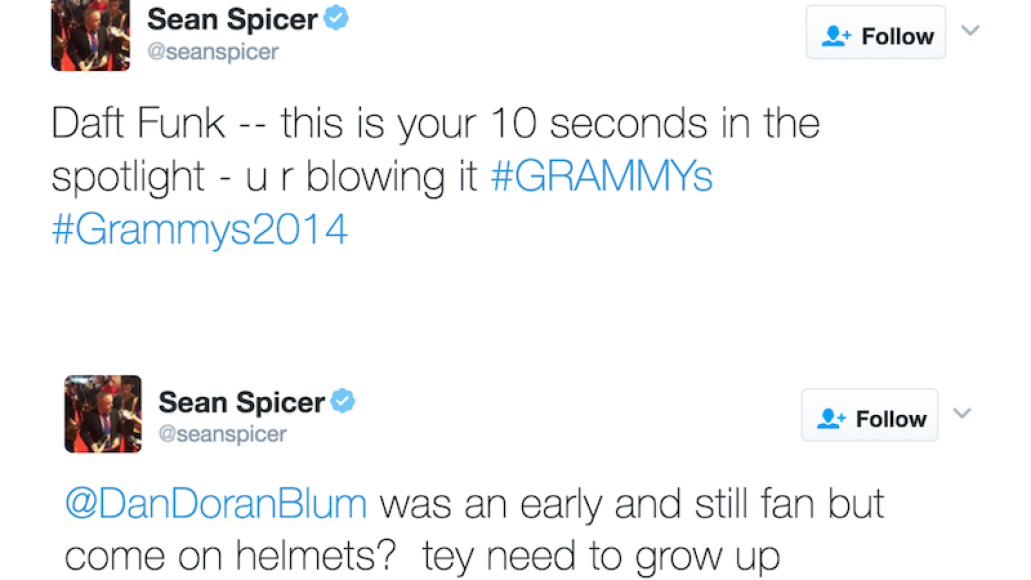