If Landline is any indication, the statute of limitations has officially passed on using the 1990s as a setting for period-piece filmmaking. Gillian Robespierre’s sophomore feature immerses itself in the half-analog world, hearkening back to a time when car windows had to be rolled, calls on the go were made using quarters and filthy payphones, and people could stop to wonder about the time and subsequently be fine with not knowing. Even if the film’s endless flashback details are occasionally cloying (albeit faithful, down to the unfortunate presence of Zima), Robespierre drives at a simple concept: life was easier when people had no real choice but to engage with each other, no matter how complicated things became.

Landline is all about personal interactions, between families and spouses and lovers alike. Compared to the precise character study of Obvious Child, it’s a sprawling and less focused piece, but the film remains eminently appealing thanks to its wide-ranging empathy and lived-in performances. It’s 1995, and Dana (Jenny Slate) finds herself at a difficult crossroads. Landline opens on Dana having bad sex in the middle of a forest with her fiancée Ben (Jay Duplass); they attempt to communicate, but it’s clear within seconds that it’s not going to pan out for them. As Dana’s family leaves their lake house for the summer, dysfunction hangs heavy in the air, as the whole family gets into a spirited argument about whether Steve Winwood is encouraging listeners to bring him a higher love or break them one.

Miscommunication is the focus of Landline’s episodic structure, whether it’s in Dana’s sexual frustration with the kind but terminally vanilla Ben or the unwillingness of her sister Ali (Abby Quinn) to engage with anyone else in the house. Ali is part of the rave scene, with all the bad fashion and increasingly hard drugs that came with it, and becoming less comprehensible to the rest of her family by the day. Their mother Pat (Edie Falco) meets their peculiarities with a mixture of sarcasm and exhaustion, frustrated by how often her husband Alan (John Turturro) forces her to play the bad cop. One night, Ali happens upon a floppy disk full of Alan’s erotic poetry, directed at a woman who’s clearly not their mother, and Landline spirals off on a series of funny, if often disconnected, tangents about the family’s collective meltdown.

For Dana, who’s straitlaced compared to her younger sister but craving more than Ben offers, the reappearance of her old friend Nate (Finn Wittrock) allows her to entertain the idea that “there’s somebody else that I’m supposed to be” as they tryst in movie theaters and public parks. Ali, meanwhile, struggles to cope with the knowledge that her dad is living a second life independent of them, as she and her friend-with-benefits sneak off to the family house to have sex and live their own lives for a few hours at a time. And their parents cope in different ways; Pat chain-smokes and immerses herself in her work, and Alan writes a play that’s not-so-subtly about their fractured family dynamics.

Landline immerses itself in the misunderstandings and mixed signals of relationships, and Robespierre and Elisabeth Holm’s screenplay races from scene to scene, the pacing an appropriate match for the chaos of a family in turmoil even as it sometimes muddles the dramatic stakes. But what’s most engaging about Landline isn’t necessarily the storytelling, so much as the tiny details within it. The film’s meditations on sexuality are every bit as thoughtful as those in Obvious Child, and equally bereft of judgment. Robespierre views sex as awkward and messy and halted, and occasionally very good, and there’s an emotional authenticity to the film’s depictions that feel revelatory in their unassuming truth. (It’s also framed from a distinctly female perspective that more films, particularly of the romantic comedy variety, could learn from; there’s not a moment in the film that feels exploitative, and that’s something of a rarity in itself.)

Even more valuable is the insight Robespierre brings to family dynamics at all stages of life. Ali and Dana bicker with regularity, but they also spend an impromptu weekend together getting drunk and being ferociously inappropriate in public. Alan is still in love with his wife, but is also off screwing a woman who, as Dana and Ali eventually realize, looks quite a bit like her. Pat wants to recapture some of her onetime glory, which the film teases out in small, underplayed moments; there’s another story, decades before this one, in which Alan and Pat enjoyed the many indulgences of the disco era. The idea of people having lives separate from the ones they actually live is central to Landline’s ethos, and while the film isn’t always completely clear on the points it’s making about that concept, its loping tone allows for a number of moving individual scenes about flawed people trying to fit all the pieces together.

Where the narrative is sometimes slack, and the film’s larger purpose left to interpretation after a while, Landline’s great strength lies with its performances. Once again, Robespierre gets great work out of Slate, who as both a comedian and a dramatic performer is willing to go to deeply unsympathetic places. The film doesn’t so much condemn her infidelity as examine it, and Slate is affectingly sincere as a woman who knows that she’s hurling torpedoes at her life and can’t find it in herself to stop. Quinn is equally impressive as a preternaturally wise teenager who’s also prone to reckless irresponsibility, Falco and Turturro do comparatively brief but effective (and often, very funny) work as the kind of parents who visibly haven’t figured it all out any more than their kids have, and Duplass offers a straightforward sensitivity that elevates Ben beyond a typical “dorky guy” type.

Though Landline frequently comes off as scatterbrained, there’s pleasure in simply spending time with these people, flawed though they might be. One particularly lovely sequence sees the film’s three central young women rally together on the bathroom floor, smoking cigarettes and wondering what the future will hold when the present seems to be irreparably fucked up. It’s warm and rife with emotion, and this could be said for a number of the film’s keenly observed moments, even if they never quite coalesce into something more complete. Landline complicates its morality, seeing the fun in secrets and lies even as it’s frank about their destructive power, and for all of its debatable nostalgia, it successfully recalls when it was a lot harder for people to hide from their problems, and when they could still come together at the local hibachi grill despite them. 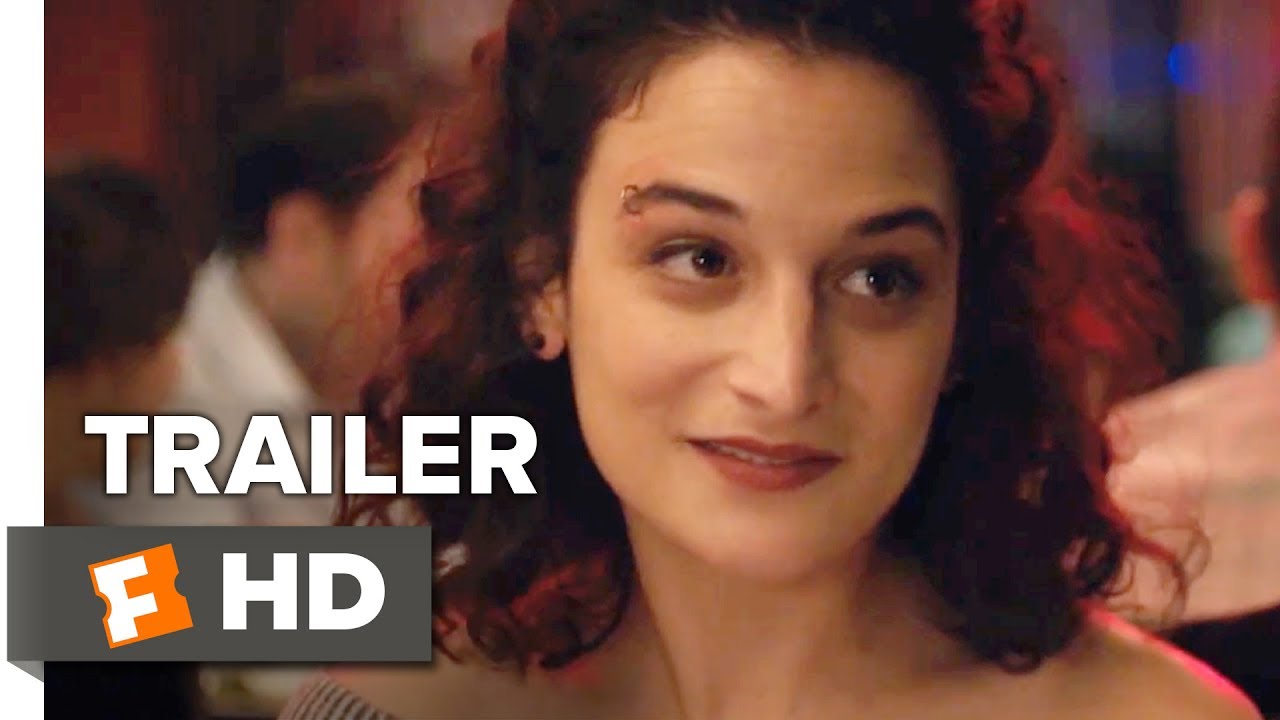