The danger of any anthology series is that it could very well become a procedural. Of the many variables that can change from week to week, structure might not be one of them. The content may change, but the beats remain the same. And though the twists continue to surprise, the inevitability of their reveal can turn into its own kind of burden. There’s really nothing stopping a bad anthology from turning into Law & Order with no character consistency.

The best thing about Room 104, Mark and Jay Duplass’ new anthology series from HBO, is that structure asserts itself, along with genre, as the most flexible of its many variables. This won’t come as a huge surprise to fans of the Duplass brothers, who have built their careers on writing, directing, producing, and starring in films that run the gamut from comedy (The Overnight, Jeff, Who Lives at Home) and drama (Blue Jay, Cyrus) to horror (Baghead, Creep) and documentary (Asperger’s Are Us, Kevin), sometimes presented traditionally (My Sister’s Sister), other times steered into more experimental directions (The Puffy Chair). Not once have these guys made it easy to tie them to a style or genre. 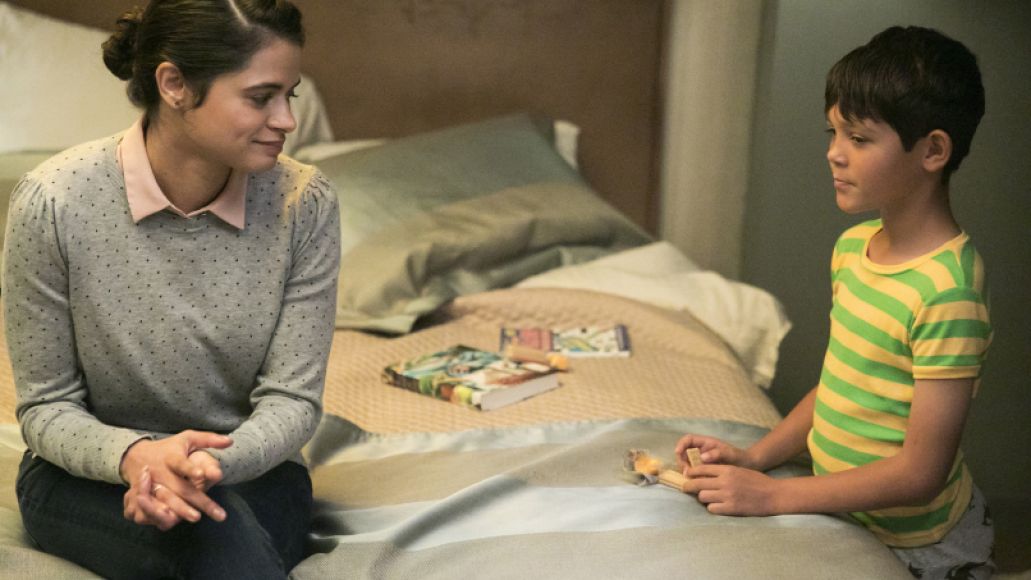 If there’s one thing that makes them identifiable, it’s their predilection towards premises that are practically simple and budget-friendly, which Room 104 very much is. Each 30-minute entry of the series’ 12 episodes limits the action to its titular motel room, an approach that ensures the cast lists stay trim and the set pieces remain straightforward. On the surface, the gimmick might evoke a creative writing exercise, where the limitation functions as a means of focus for aspiring writers. But the hotel room is its own kind of archetype, an amorphous thing that lends itself to characters in search of discovery. We’ve seen it used in similar ways, for both comedy and drama, in Neil Simon’s Plaza Suite, cult comedy Four Rooms, and David Lynch’s Hotel Room (also an HBO original), among others.

But Room 104 is more ambitious than any of those. In the six episodes screened for critics, there’s pulpy horror (“Ralphie”), trippy spiritualism (“The Knockadoo”), heartrending drama (“My Love”), and visceral combat (“The Fight”). What binds them are the themes central to transient life: disorientation, catharsis, desperation. The sense of being unmoored can unlock the memories we’ve repressed, and that’s exactly what happens in nearly all of the episodes we’ve seen. 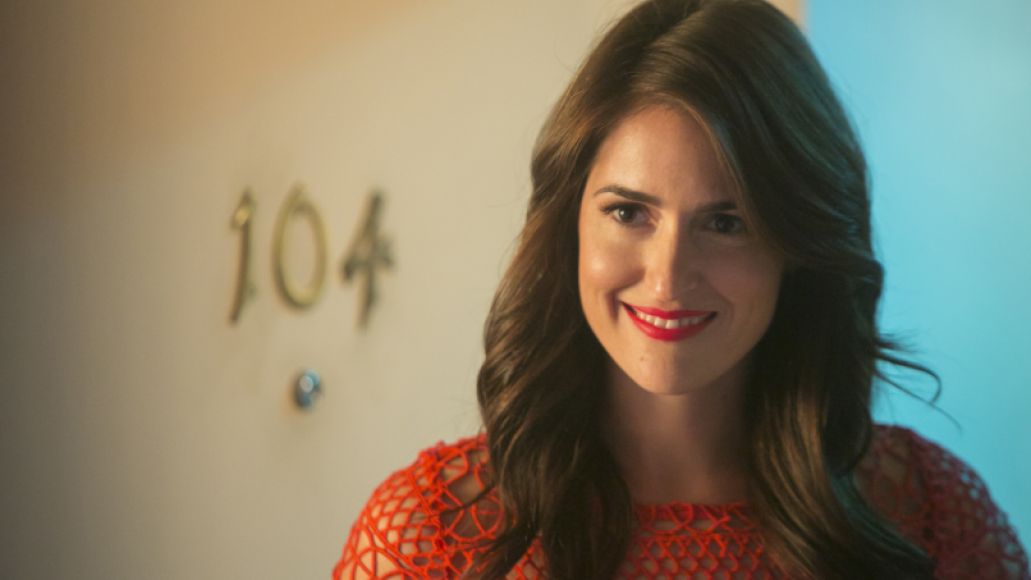 As one might expect, however, some are better than others. It’s almost impossible to maintain a consistent sense of tone and quality when you’re incorporating multiple writers and directors into stories that encompass myriad genres. Unfortunately, the series begins on one of its weaker entries. “Ralphie”, written by Mark Duplass and directed by Sarah Adina Smith, is an aimless horror story about a hapless babysitter and a weirdo kid that ambles in a few too many directions before arriving at a conclusion that’s both predictable and unearned. “The Knockadoo”, the series’ third episode, fares much better. Also directed by Smith, it tells the story of a cult initiation that veers from eerie to hilarious to, in its final moments, genuinely terrifying. It also boasts some of the series’ best performances in Sameerah Luqmaan-Harris, Orlando Jones, and Tony Todd, who turns his limited screentime into a masterclass of genre performance. Seriously, guys, we need to be casting Tony Todd more.

The strongest of the lot, however, is also its most experimental. “Voyeurs”, the series’ sixth episode, tells its story not through dialogue but dance. In telling the story of a housekeeper meeting a younger version of herself, Guggenheim fellow Dayna Hanson combines repeated motifs—tissues, a slice of cake, a card filled with cash—with bouts of classical and modern dance to explore age, growth, and the seismic event that turned one character into the other. Sometimes it resembles a music video, other times a ballet. Its greatest strength, though, is remaining compelling and illuminating for 30 straight minutes. 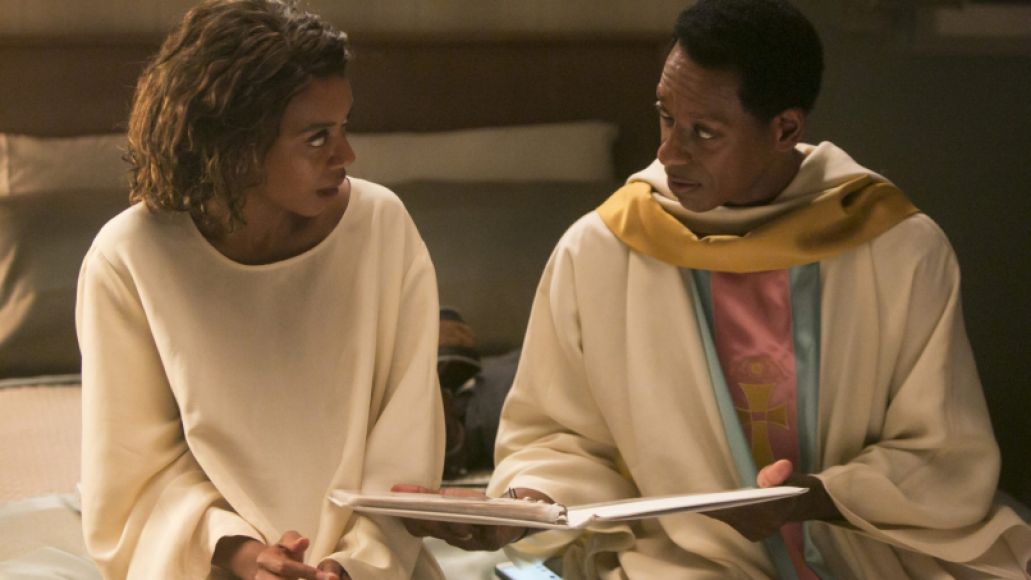 Also of note is “My Love”, a powerhouse acting showcase for Philip Baker Hall that’s by and large Mark Duplass’ strongest script for the series. In it, an aging couple returns to the hotel room where they spent their first night together. He even brings Viagra. After tragedy strikes, however, he finally confronts the insecurities and secrets that always simmered beneath their otherwise cheery union. It’s the most outwardly emotional piece, exploring the secrets we keep even from those with whom we’re closest, as well as the one that most evokes Duplass’ most recent work in both his late HBO series Togetherness and last year’s Blue Jay.

Duplass also wrote “The Internet” and “The Fight”, two entries that don’t achieve the potential of their respective premises. In the former, a budding author in 1997 tries to teach his mom how to e-mail him an important file, and, in the latter, two female mixed martial artists concoct a scheme. Where one crams in too much information, however, the other works with too little, resulting in stories that never quite congeal as effective character studies. Still, it’s a testament to the series that both entries adopt unconventional methods of presentation. “The Internet” is mostly one long, frustrating, anxious phone call, while “The Fight” tells much of its story through fight choreography. Even when they’re not compelling, they’re interesting. 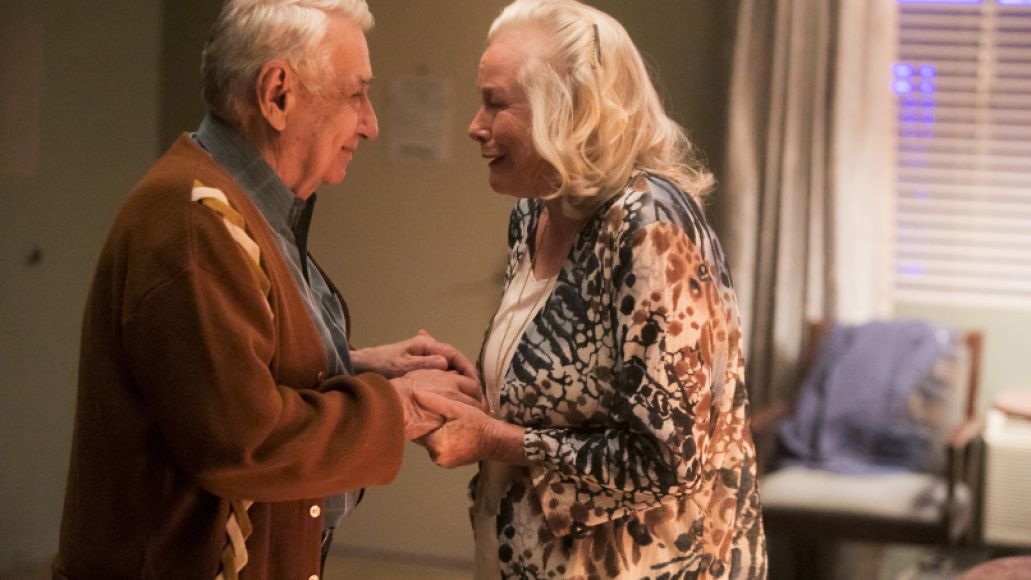 With “prestige” shows like Game of Thrones and Walking Dead having blown out the public’s attention span, anthology series will likely lead the charge into what’s looking to be the next generation in TV. Hell, even Matthew Weiner is adopting an anthology format for his next project, as is J.J. Abrams. Room 104 looks to be leading this charge and, like any forerunner of a new movement, is bound to exude as many flaws as it will inspiration. Still, despite its sickly lighting and outdated furnishings, this is a motel worth checking into.

HBO's Room 104 is Only as Interesting as Its Guests