Above all the cartoon shenanigans, instrumental pomp, and star-studded guest list, Damon Albarn is a goddamn brilliant performer, goddamn! From the moment the Gorillaz frontman walked onstage (shadowboxing a la Rocky Balboa), it was clear he’d be the magnetic center. He held his hands in grateful prayer, stretched his arms to the clouds, played his melodica at a jaunty tilt, and hopped into the pit to greet his screaming fans, hands raised like bear claws. He bounced around the stage between the dozen-plus musicians, part coach, cheerleader, and traffic conductor. But though he acted in large part as facilitator, he was clearly the star of the show. Albarn, however, had a different celestial object in mind. “Now listen, I know we haven’t been here for a while, but it is Saturday night in Chicago with a full moon,” he beamed. “It’s fucking beautiful!”

The band hadn’t performed in three weeks, leaving the assorted musicians with plenty of energy to burn — and burn it they did. The time off provided inspiration, but so did the location. “This record in many ways does truly come out of Chicago,” Albarn said of the group’s latest record, Humanz. The city was one of the stops on the Gorillaz’ recording process, and it’s dotted with house and soul touchstones and guests, from artist/producer Jamie Principle to the legendary Mavis Staples. 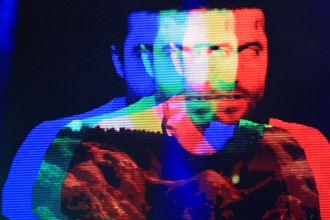 And while Mavis couldn’t make her way out onto the stage at the gorgeous outdoor amphitheater, The Huntington Bank Pavilion at Northerly Island, the revolving door of guests kept the energy thick and pumping, everyone thrilled to be involved. Vince Staples set the bar high out the gate, prowling the stage with burning passion during “Ascension”. Other collaborators like D.R.A.M. and Kali Uchis were featured via video (a very Gorillaz move). Openers Little Simz and the Hypnotic Brass Ensemble perfectly encapsulated the transatlantic collaborative vibe (the former from London, the latter Chicago), and both made stops on stage with Albarn and co — Little Simz substituting for Jehnny Beth during “We Got The Power”, proving how adaptable the dynamic song is now at the hands of a rapper, instead of a rocker.

As expected, the majority of the set drew from the recently released Humanz, combed through to produce the ultimate dance party. Albarn’s voice provided the perfect amount of grit and passionate tremor. When he needed a moment, he asked his devoted band for it, and when a change needed to be made, he paused the band and asked them to start over (“In your eagerness…”). He is so passionate about these songs, carving out the right amount of space for each twisty subtlety. 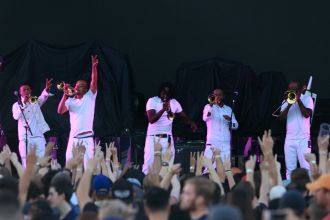 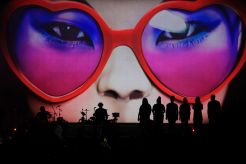 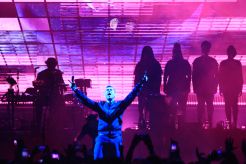 But it was clear that the fans came close to matching his passion and intensity. There were plenty dressed in full Gorillaz costumes; many a blue-haired 2D graced the area, and I delighted at a moment when a little girl peeked out from underneath her Noodle mask making sure everyone marveled at her guise. When Albarn called out to the grandstands, the expensive seats (“the VIPs,” he smirked), and “the masses,” the deafening roar showed appreciation for the powerful music. The dazzling lights and video displays kept even the furthest seats close to the action, treated to cuts from music videos, intricate animations, footage of collaborators (Grace Jones’ face was digitized like a lightning goddess during “Charger” and the late Bobby Womack’s face beamed over “Stylo”), and more. All that love and adoration rang through for Albarn as he smiled and said: “I’ve been coming to America since 1990 and it’s never ceased to bewilder and amaze me and I love you very much.”

And, like any good showman, Albarn saved perhaps his best trick for the encore. “You don’t get to see this next person very often, it’s really special,” he whispered. Raising his melodica high, Albarn played out the opening line to “Clint Eastwood”, and the park erupted. Some must have guessed the identity of that surprise guest, but others quickly caught on: none other than Del Tha Funky Homosapien, there to drop verses that were already ingrained in the minds of nearly every person in the audience. 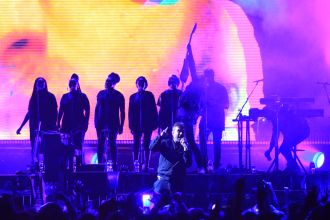 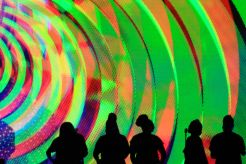 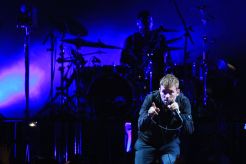 From the very first notes of the remarkable standout “Kids With Guns” all the way through to a transcendent take on “Demon Days”, the set felt fluid, family-like, fun. Albarn is an iconoclast who created his own new tradition and connected with a generation in order to refine the purest parts of a dozen different genres and styles, to learn from the A-list of collaborators, to connect people across the world. For someone notoriously private (Albarn doesn’t do many interviews or reveal much about his personal life), a single gig from the Gorillaz is more revealing and intimate than any magazine confessional. To experience a Gorillaz set is to get lost in a new Gorillaz universe — one with an exceptional captain. 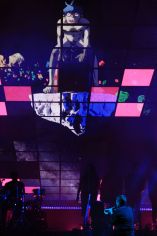 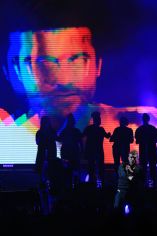 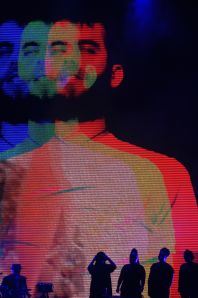 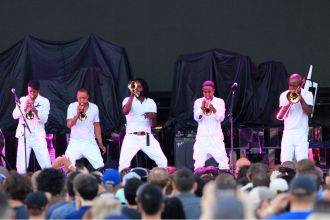 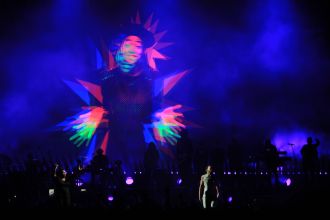 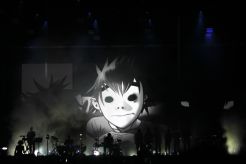 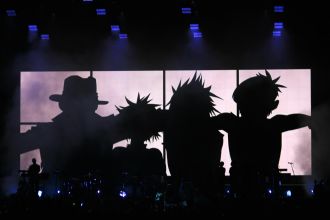 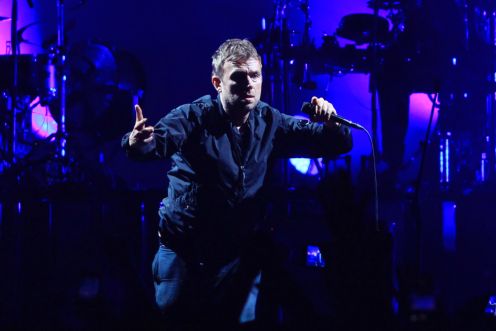