George A. Romero, the grandfather of the modern zombie movie starting with 1968’s legendary Night of the Living Dead, has died. He was 77.

According to a statement given to the L.A. Times,  the legendary filmmaker passed away Sunday morning in his sleep following a “brief but aggressive battle with lung cancer.” Producing partner Peter Grunwald told the paper his family was at his side while he listened to the score of one of his favorite films 1952’s The Quiet Man.

Born in New York City to a Cuban-born father and a Lithuanian American mother, Romero left the city to attend Carnegie Mellon University in Pittsburgh, Pennsylvania. Upon graduating in 1960, he began directing short films and commercials, including one particularly memorable segment for Mister Rogers’ Neighborhood which found the titular star undergoing a tonsillectomy.

Shortly after, Romero and several friends formed Image Ten Productions, which helped produce and create his iconic feature debut, Night of the Living Dead. Directed by Romero and co-written alongside John A. Russo, the low-budget film shattered the box office and changed the horror genre forever, influencing a whole new generation of filmmakers from John Carpenter to Tobe Hooper. 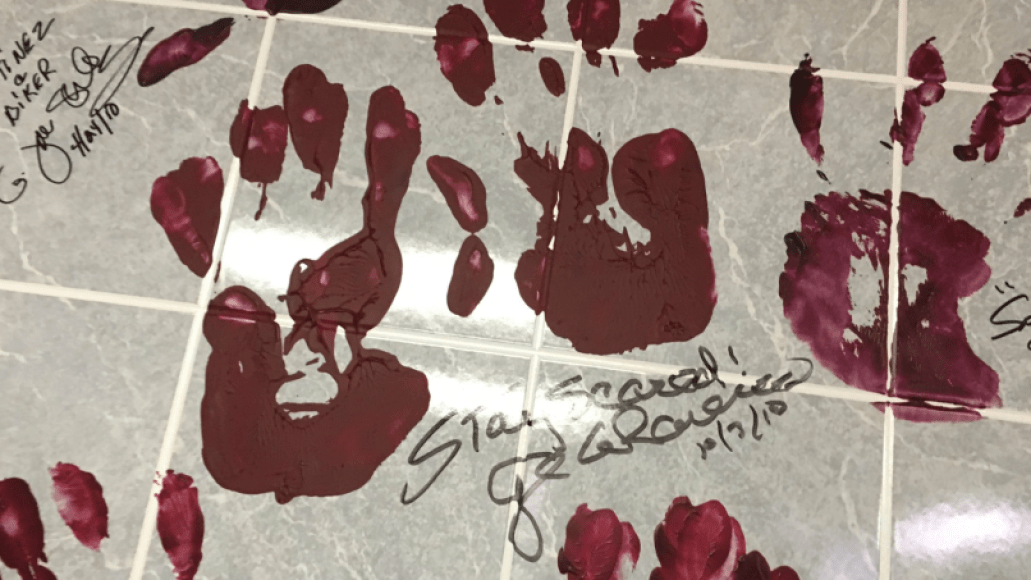 George A. Romero’s autograph at the Living Dead Museum in Evans City, PA

What’s more, the film pioneered the zombie sub-genre and led to a series of knockoffs and sequels. Romero himself would take the narrative to epic heights with its spiritual sequel, 1978’s Dawn of the Dead, which has since been considered an epic horror masterpiece. He would later follow it up with 1985’s Day of the Dead, 2005’s Land of the Dead, 2007’s Diary of the Dead, and 2009’s Survival of the Dead.

Zombies weren’t the only ghouls in his wheelhouse. Romero also terrified audiences with 1973’s The Crazies, 1978’s Martin, 1982’s Creepshow, 1988’s Monkey Shines, 1993’s The Dark Half, and 2000’s Bruiser. Still, there’s no denying the impact he had on the genre, which has now become a ubiquitous cash crop, what with the lucrative Resident Evil and The Walking Dead franchises. None of it would have happened without him.

Romero is survived by his wife Suzanne and their two children. In honor of the man’s life, revisit his timeless horror spectacle below and read Matt Melis’ nostalgic meditation on growing up in the town that birthed the original films.

R.I.P. George A. Romero, mastermind of the zombie genre, has died at age 77