Newport Folk Festival has long been the stage for rare and unique artists collaborations, but 2017’s edition of the venerable event may have taken the cake. The weekend saw My Morning Jacket’s Jim James appear onstage with Angel Olsen,  and there was a Bill Withers tribute set led by Hiss Golden Messenger and Bon Iver’s Justin Vernon. Those weren’t Vernon and James’ only guest spots, either, as both came out for the fest’s star-studded closing set headlined by the legendary John Prine.

James joined Prine for “All the Best” (and not for the first time, either), while Vernon sang and played on “Bruised Orange (Chain of Sorrow)”, a cover of which Bon Iver recorded in 2010. The highlight of the set, however, was when Newport’s 2015 headliner Roger Waters came out with his backing singers Lucius for “Hello in There”. Think about that for a second: Roger freakin’ Waters was a surprise guest for one song. 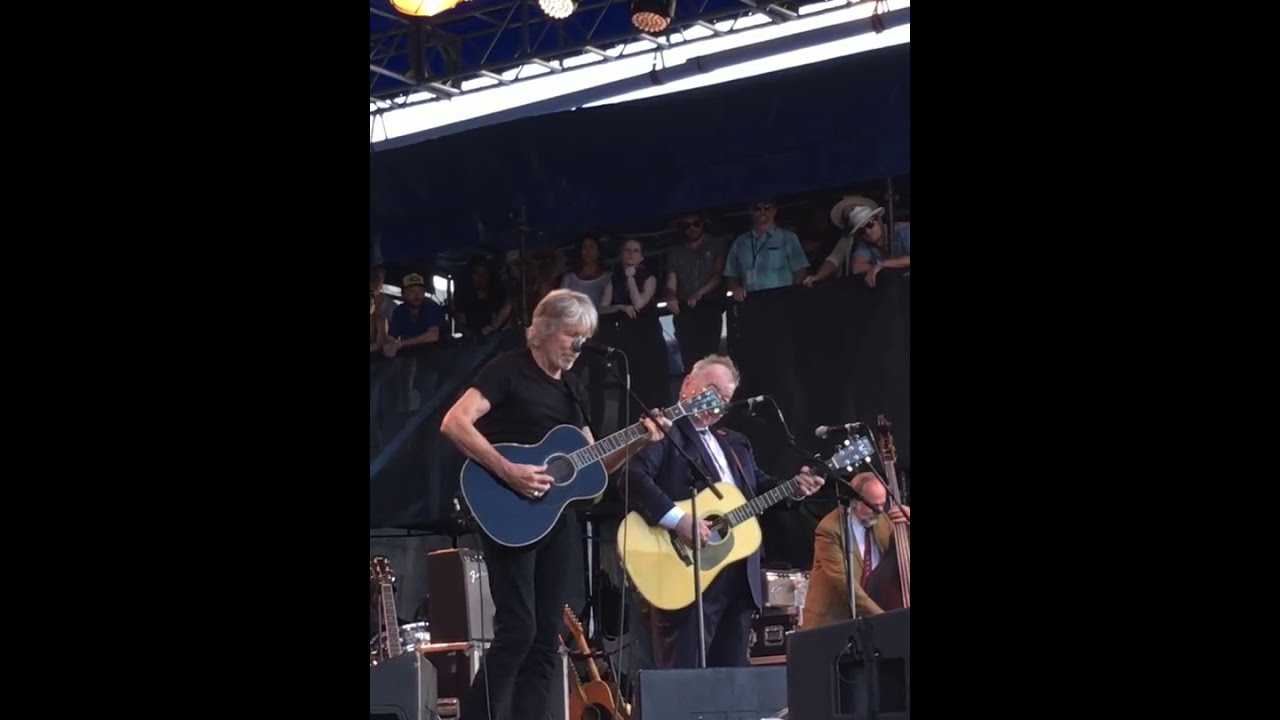 Margo Price (“In Spite of Ourselves”) and Nathaniel Rateliff (“Sam Stone”) also guested, and the closing rendition of “Paradise” featured just about everyone still at the festival, including Shakey Graves, Nick Offerman, I’m With Her, and more. Watch fan-shot video of Waters’ appearance above, and find other clips from the set below. 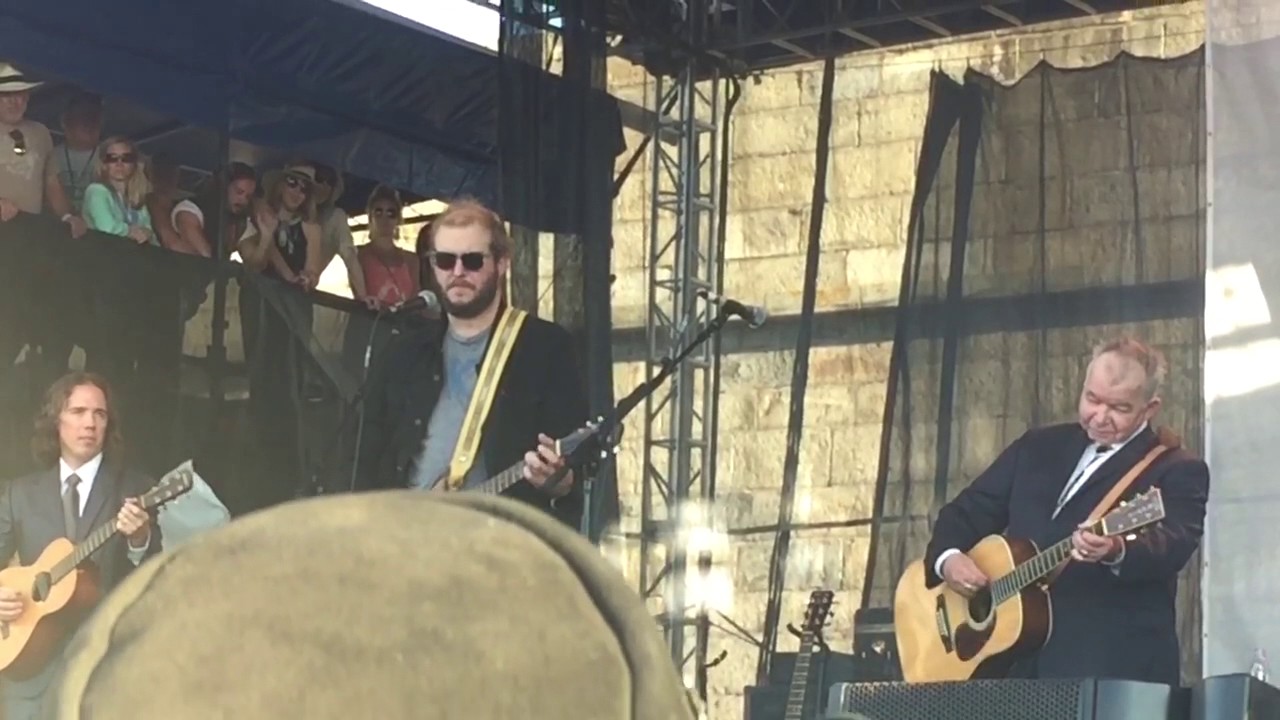 Jim James for “All the Best”: 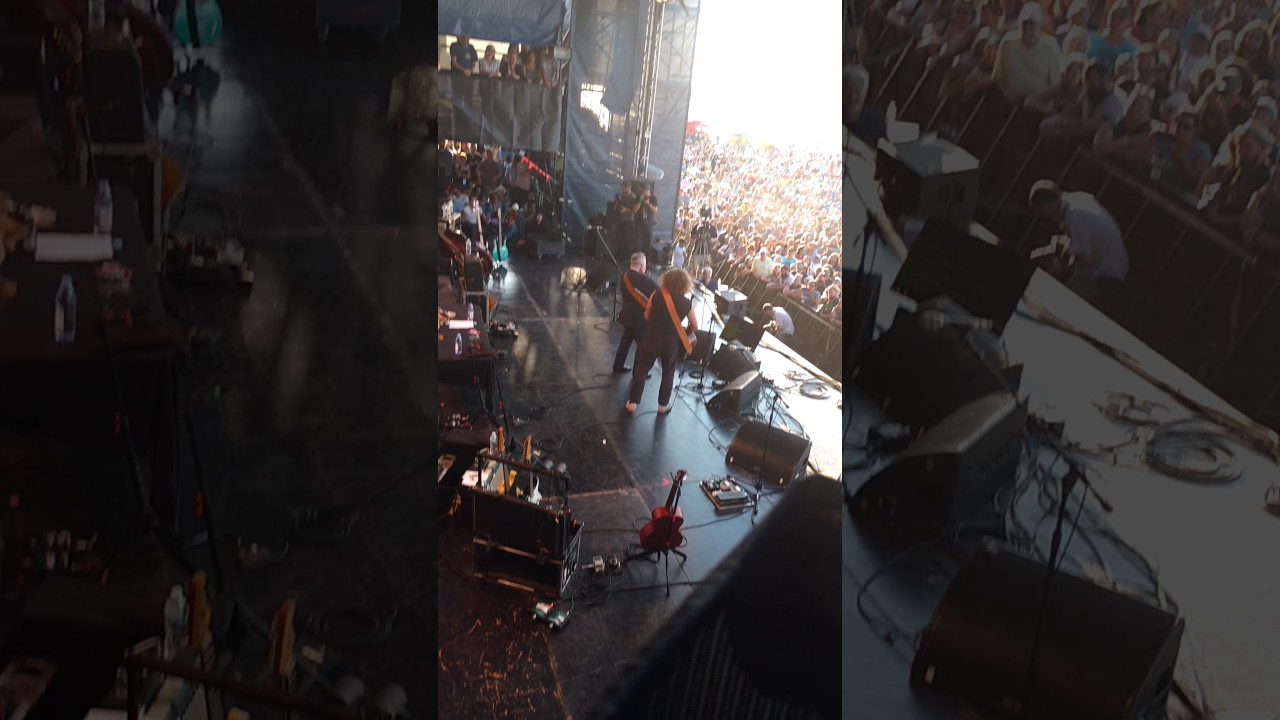 Margo Price for “In Spite of Ourselves”: