Among the many political controversies demanding your attention in recent months, the words “net neutrality” might not seem like the most thrilling. But they could make a massive impact on every musician covered by this site, not to mention your very ability to read the site.

After the appointment of Ajit Pai as the head of the Federal Communications Commission (FCC), the net neutrality battlefield is facing perhaps its toughest challenges to date. The outcome of his policies (in line with President Donald Trump) could lead to massive changes in the way that artists operate in the industry and listeners get music. And while the topic remains a mystery for many, outlets like Battle For the Net and the Future of Music Coalition are doing everything they can to educate people and change that.

The beauty of Our Internet is that it’s a vast and wide-open landscape that allows sites to grow without any borders limiting their reach. This brings us into the fertile ground of net neutrality. For the uninitiated, net neutrality is the concept that Internet service providers (ISPs) and governments should not be able to regulate the flow of data, especially as it relates to discriminating and charging differently by user, content, website, or other factors. 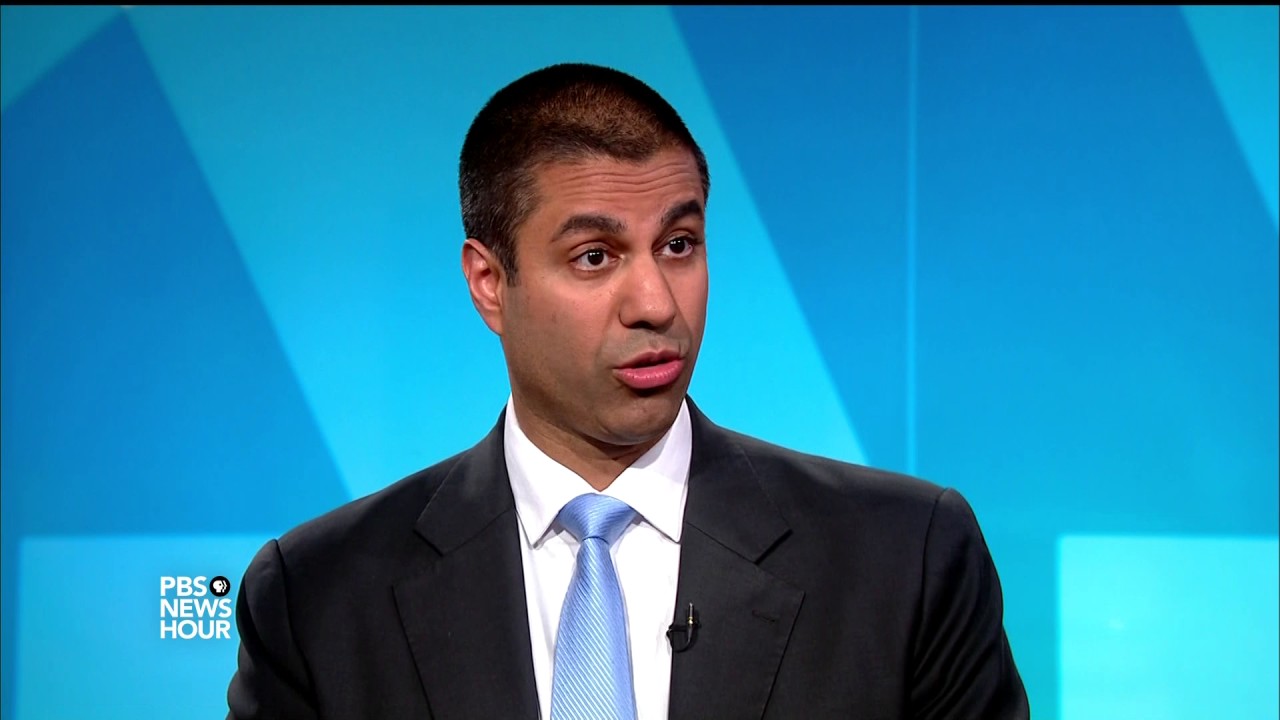 Pai plans on rolling back the Obama administration’s rules, aiming to uphold that neutrality, which could conceivably allow ISPs to essentially separate the Internet into two separate tiers. One where websites are charged extra fees for faster load speeds, among other preferential treatments, and one where they would also be able slow down the websites of competitors, block disagreeable or offensive content, and impose data limits on users.

Net neutrality prevents broadband providers from granting a bounty of perks and rewards — or rather, preferential treatment to online content they benefit from in the end. Imagine Comcast giving a leg up to a music streaming site on the pure basis that they can afford to pay for that leg up. Everyone else would be stuck looking up at the “competition.”

It’s problematic on all fronts. You’re reading this because we’re talking about network neutrality, the laws that monster companies must follow in order to manage their offerings fairly. But honestly, this issue is about fat, bloated corporate power that could, and quite certainly will, affect our music industry. For decades, musicians faced their own feudalistic structures: the major label system. As such, it should be no surprise that they have risen as particularly prominent commenters on net neutrality. 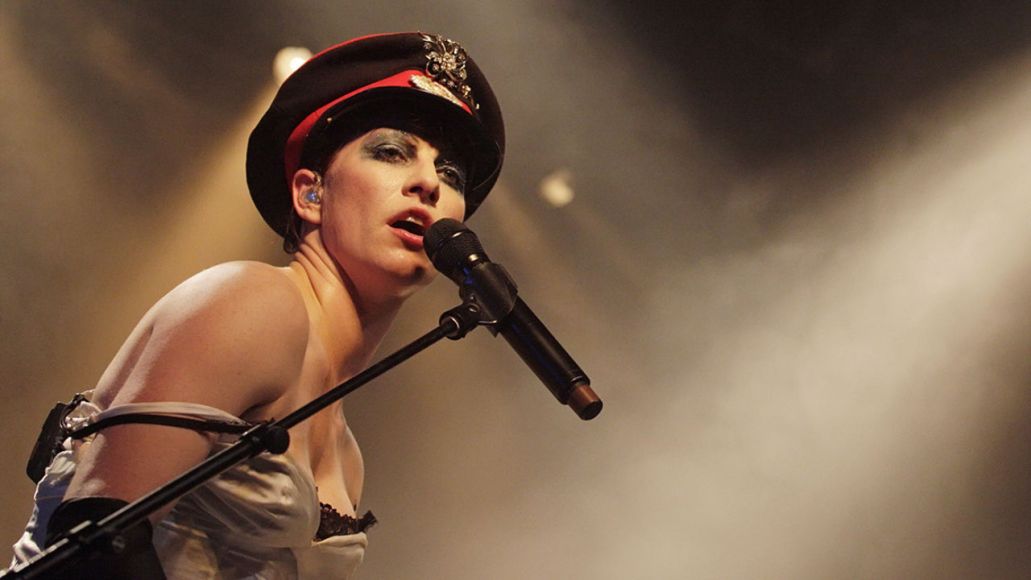 “I really dislike the idea of massive corporations like Verizon, Comcast, and AT&T having the largest thrones at the Internet table,” says Amanda Palmer. The singer-songwriter has been a vocal proponent of net neutrality, and has also struck out on her own musically rather than remaining under the control and strictures of labels. “It reminds me of the major label system, where you have a few huge bullies deciding what was going to dominate the airwaves. If you keep going with that metaphor: you can’t just have a few channels, it’s bad for the ecosystem of art and commerce. There has to be another way to get information and music, the way there had to be college radio and indie record shops to fight the corporate stranglehold of commercial radio.”

Much like college radio, artists have found outlets, audiences, and expression thanks to a wide-open internet. For some, open access to the Internet meant discovery. Consider OK Go’s videos spreading like wildfire across YouTube, or Bobby Shmurda getting a record deal off of Vine, or Nicki Minaj getting discovered on MySpace. A vast variety of artists have found ways to reach audiences in new ways, but without net neutrality, none of that would be possible. In hindsight, they might not have been able to afford to pay for the bandwidth to upload the videos or songs, and fans may not have been able to have the data available to download the music.

Both Palmer and indie rock mainstay Ted Leo have been signatories of statements released by the Future of Music Coalition, and have found ways outside of the label structure to interact directly with their fans and release new music, the former through Patreon and the latter through Kickstarter. But this too could be threatened by a lack of net neutrality, only able to use a certain amount of data or at certain speeds. 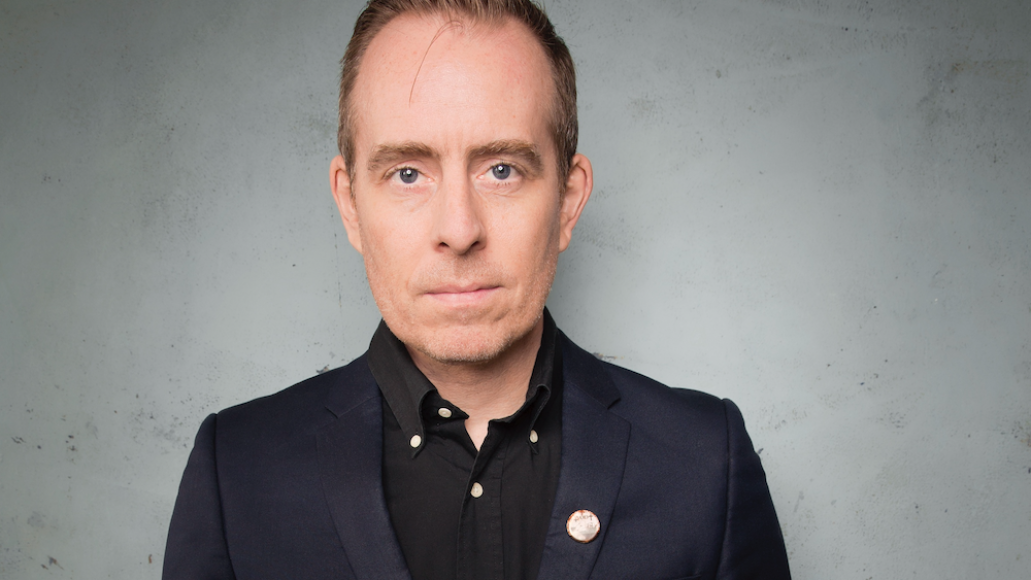 “I’ve been cranking along trying to make it happen, using the Internet every step of the way: to set up the Kickstarter, to talk to people pledging, to send files for mastering and pressing, to send artwork back and forth, to redo my own website and set up a pre-sale,” Leo explains. “The campaign did well, but I went into it flat broke! I have no way of saying for sure how it would’ve affected me if I’d have been operating at a data stream disadvantage, but I can imagine any number of ways it might’ve limited my ability to complete the work and get it out there in a timely way that is accessible. I don’t think Comcast should be putting it’s finger on the scale in that decision process, though.”

Not to mention that these are indie artists of some prominence; completely unknown artists have their own struggles to reach even that amount of potential Internet access.

“I’ve been working on my relationship with my fans for enough years that they’re willing to go off the grid with me, and most new artists don’t necessarily have that power,” Palmer says. An up-and-coming band might want to work on their album by sending tracks over email, but without the financial backing of, say, a major label, that might not be an option if their Internet speeds are throttled to a point that sharing large files would be impossible. 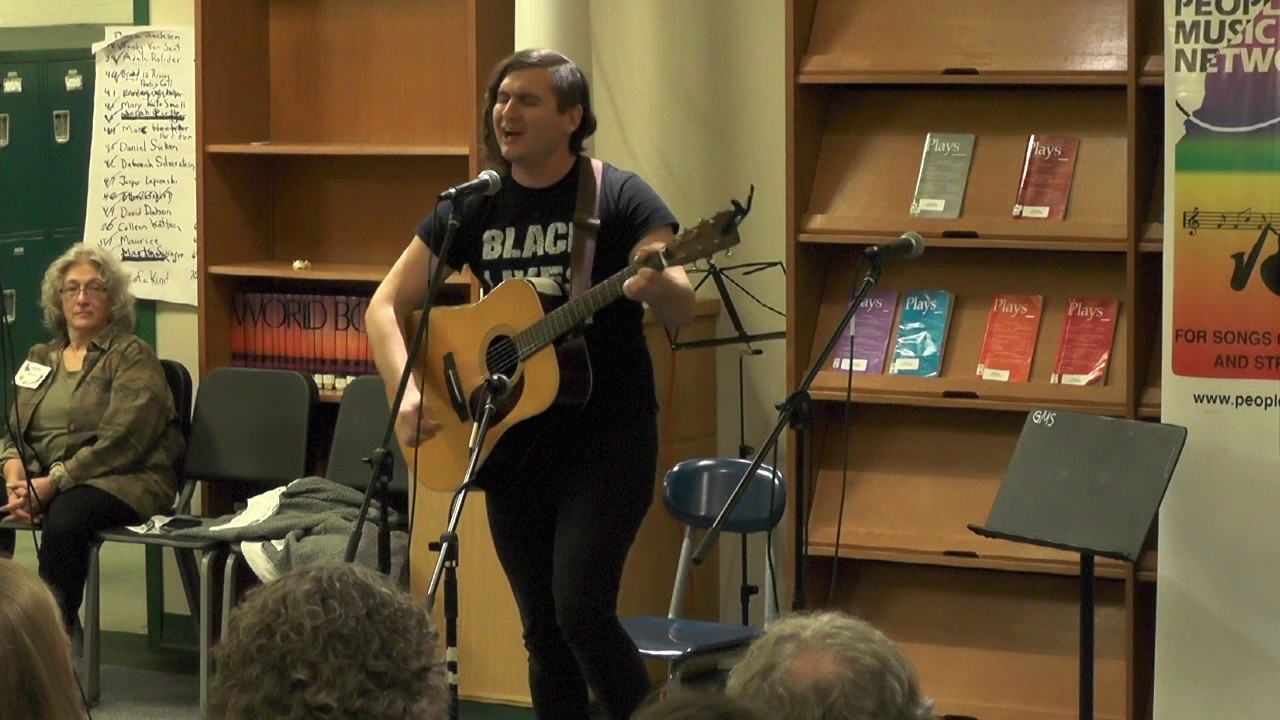 Evan Greer, campaign director for net neutrality nonprofit Fight for the Future, worries about these potential concerns from a musician’s standpoint. Greer toured the country full time for a decade as a singer-songwriter, slowly scraping together enough of a living to buy an apartment and raise a family through door donations and selling CD-Rs. She eventually began uploading songs to the Internet and gained attention throughout the DIY, punk, and queer activist scenes.

“As a political musician, the Internet gave me a platform to speak without fear of retribution from a label or management,” Greer says. “It gave me artistic freedom and a way to connect with people who love my music.”

As a queer/transgender artist expressing herself through music, Greer sees net neutrality as not only essential to her livelihood, but as a deeply personal issue. “It’s what keeps the Internet open as a platform for alternative and marginalized voices,” she says. “For independent musicians, it’s our lifeblood. None of us can afford to pay extra fees to companies like Comcast (or to companies like Soundcloud, who could be forced to pay Comcast, and then pass those costs on to us) in order to share our music and art with the world.”

The free and open Internet has had a massively democratizing effect on the music industry, she explains, and has offered a platform for artists who have long been left out or ignored. “It’s starting to chip away at the white male dominance of the music scene,” she says. “If we lose net neutrality, we don’t just lose fun cat videos, we will lose so much art, creativity, passion, activism, innovation, and information that we all desperately need.”

Palmer notes that the expectation of that open, available Internet has become almost second nature. “Most of us take the Internet and the way it’s built and functions for granted,” she says. And while that’s a major challenge for organizations like Battle for the Net to face in terms of educating the public, it’s also a clear sign of the assumption of the Internet as a necessity.

“Services like Twitter and Facebook have jumped their initial missions and landed in the world in a way that functions as a public service,” Leo explains. “They’re private companies, but they’ve become de facto modern public squares. Forget about musicians for a minute — what about children doing schoolwork or anyone seeking access to information? When the ISPs are able to determine who has access and how that information flows, we’re prone to wind up with an ever more bifurcated society. This goes beyond simply the ability to potentially have to pay more for a quality standard of internet access. The current administration has already directed our border controls to probe our own citizens’ social media history upon their attempt to reenter the country on US passports. If directed, all kinds of content could be stifled under a system that allows internet tiers and controls of this sort.” 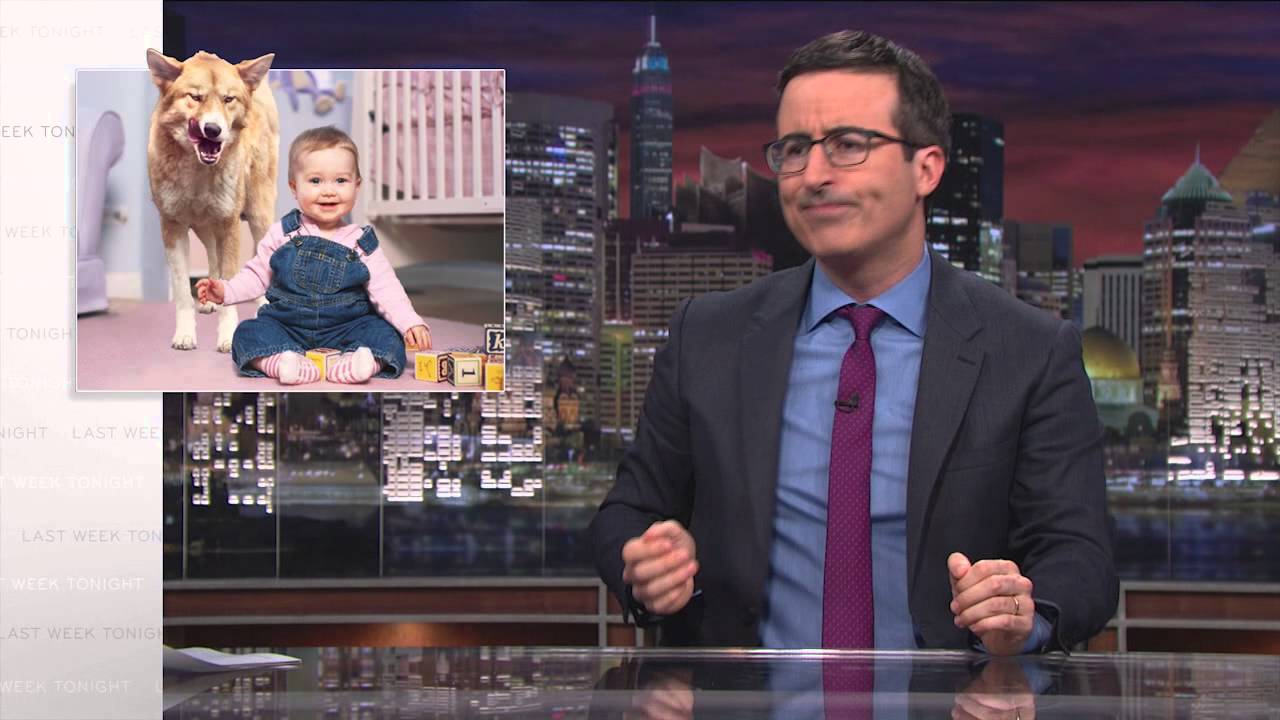 And some people are freaking out. Today, Battle for the Net leads an Internet-wide Day of Action to protest the FCC’s proposed plan to destroy net neutrality and “give big cable companies control over what we see and do online.” A massive list of websites have agreed to join forces — including yours truly — in posting a message explaining the situation and calling for visitors to click-through and send a letter of protest. Netflix, Twitter, Amazon, and Reddit are all participating, as are prominent media sites like Spotify, Vimeo, and Soundcloud.

The fact that so many businesses have joined together to protest showcases what Leo calls a fundamental misunderstanding of freedom and capitalism. “Regulation ensuring a level playing field for all should be the thing that fosters the ‘market-based solution’ that those who wish to roll back net-neutrality seek,” he explains. “By stifling access to this realm of information exchange and commerce, you kill competition and a merit-based society by ensuring that only those already at the top wind up in a prime position to have their voices heard.”

Going forward, Leo and Palmer both have succinct but powerful messages regarding net neutrality:

“I’d share the same message as for those who should be fighting against the new healthcare bill: read up on it, understand what’s at stake, call your reps like every other citizen, and talk to each other,” Leo offers.

“It really fucks with artists’ heads and forces them to make clickbait of their own messaging,” Palmer reflects. “For instance, if I pair a European tour announcement with a cute photo of my baby, it’ll get 10 times the reach. But that’s fucking terrible. What artist wants to have to make that decision? If net neutrality goes away, we can’t even begin to imagine the sort of acrobatics that we will have to do to reach one another — and it really shouldn’t be that way.”

For these and many other reasons, it’s clear that those affected are concerned for a future without net neutrality — and even more clear that “those affected” would be anyone hoping to connect to the Internet in the future. 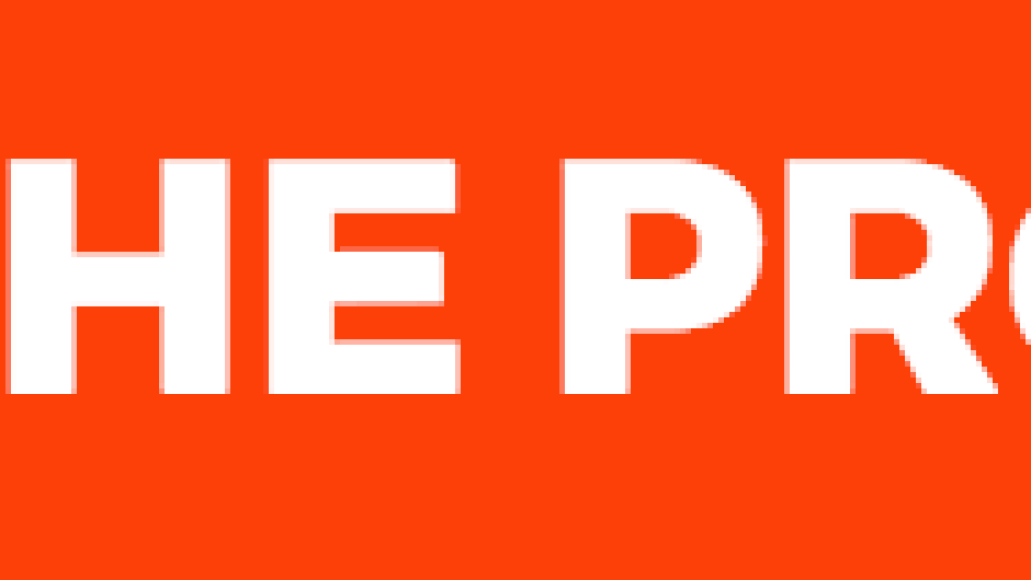