On September 8th, Ted Leo will return with his first solo album in nearly a decade, The Hanged Man. While its predecessor, 2010’s The Brutalist Bricks, was issued via Matador, this upcoming LP will be self-released, funded by a successful Kickstarter campaign.

Leo’s 13th studio effort overall, it was recorded at a home studio in Wakefield, Rhode Island. With the power pop songwriter manning almost all the instruments, the LP features “familiar sharp bursts of skinny-tie pop-punk — and even these feel streamlined like never before — but they’re offset with an adventurousness in both tone and structure,” according to a press release.

Leo described the time spent working on the record as one of “personal desolation that felt fallow but was actually very fertile.” He elaborated further on his Kickstarter page:

“I probably had enough songs to complete an album a good five years ago, but a number of things – personal and financial – prevented me from doing it. And though it’s always been a constant source of low-level anxiety that so much time continues to pass by, I’ve also come to see that time as a boon. When I missed that first hurdle, that first deadline to PRODUCE SOMETHING, the world didn’t end. Time kept moving, and all of the expectations that I had for MYSELF morphed into a more compassionate and contemplative group of feelings that were more about incubating, honing, experimenting, learning, and rebuilding a certain amount of confidence that I think I’d lost in my stymied relationship with the cycles of releases and promotion and needing support (not just financial) from the label I was working for; and so I started to actually just allow myself that time. It hasn’t always been easy, and I’ve grown and changed some over the long course of working on this. But having the eventual freedom to work on it at my own pace, and in my own space, has allowed this body of songs to change and grow with me. And now we find ourselves in a new political reality, and I find myself compelled to keep writing. We’re close enough, though, that I feel like I can set the stage to finally offer this work to you.”

Although The Hanged Man is the first-ever LP credited solely to Leo, he didn’t go it entirely alone. Chris Wilson of the Pharmacists played drums throughout and longtime collaborator Aimee Mann (whom Leo plays with in The Both) contributed her talents; Jean Grae and Jonathan Coulton also make appearances.

As a preview, Leo has shared the first single, a crunchy rocker called “You’re Like Me”. Stream it below; pre-orders for the album can be found here. 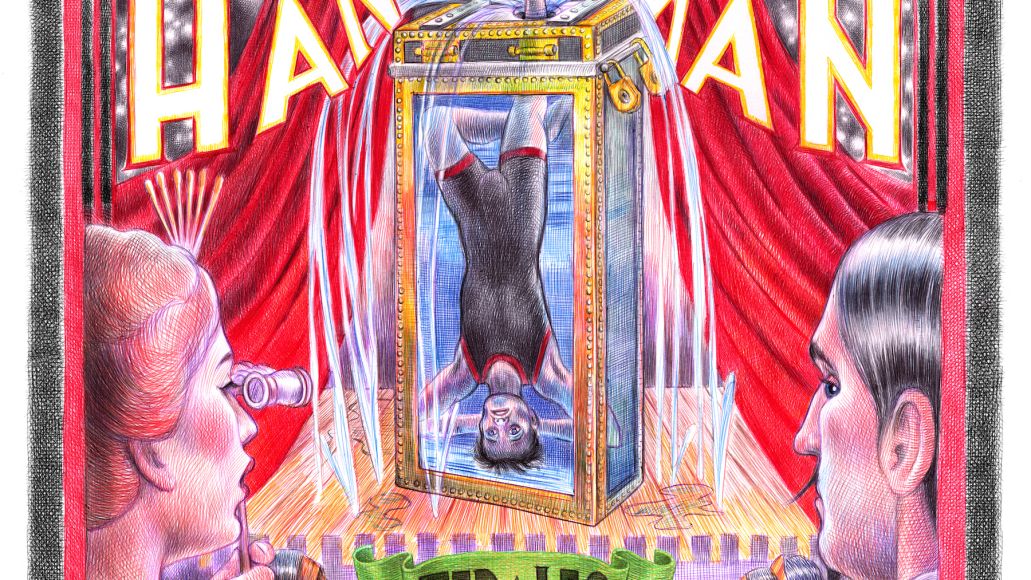 In support of the record, Leo will tour North America beginning mid-September.