Say Anything has “In Your Eyes”, Goodfellas has “Layla”, Apocalypse Now has “The End”, and Fight Club has “Where Is My Mind”. These are established truths. But a cover song in a movie is different. It can actually elevate the drama — ascribing meaning and sentiment to the music being played. All of a sudden this song that we’re pretty sure we’ve heard before is chewing the scenery and the actors fade into the background.

All too often, the cover song is tailor-made for the movie itself. If you recall the ’90s, countless covers were contributed to movies just to fulfill some bureaucratic record contract quota, which is why you saw all kind of questionable punk, ska, and nu metal covers padding out these soundtracks and bands’ setlists. Ahead, you’ll find songs that (mostly) go beyond contractual obligations and, with the movie, help to carve out a nice little niche for each other in the pop culture canon.

Keep in mind that there are essentially three kinds of cover songs in this list: songs the movie desperately needed, songs the movie helped make, and songs that transcended the movie altogether. For instance, Hole song might be the only redeemable part of a film, an Eagles song made into a rumba might define scene, and a Neil Diamond cover might just become the quintessential version of the song. So, grab your headphones, heat up some popcorn, and relish these 50 covers.

50. “The Ballad of Peter Pumpkinhead” 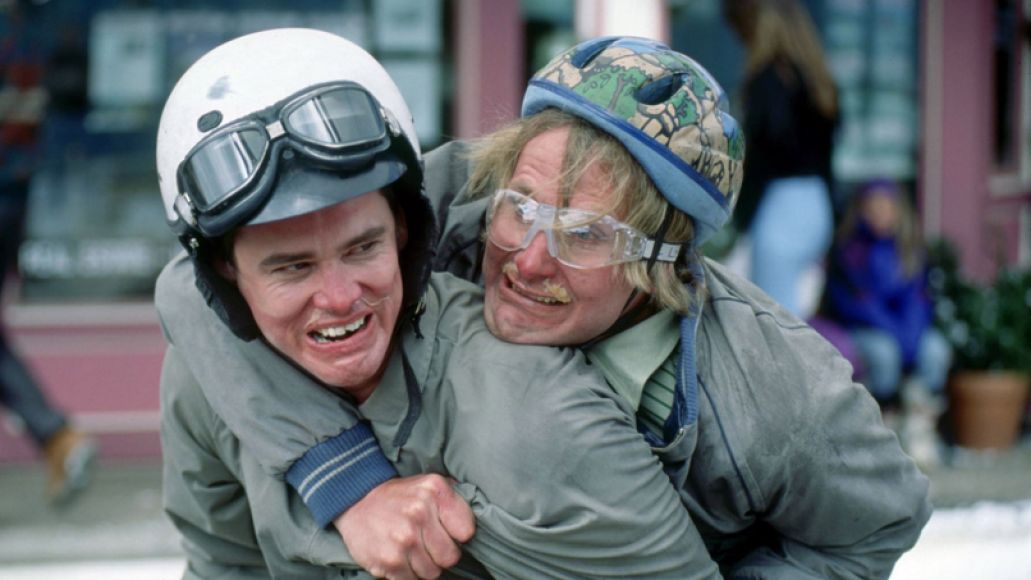 “Peter Pumpkinhead came to town/ Spreading wisdom and cash around,” or so the story tells us. Fans of classic Farrelly Brothers comedy Dumb and Dumber know that dimwitted Harry Dunne and Lloyd Christmas also came to Aspen dropping Benjamins. As far as wisdom, eh, they’ll have to write you an IOU. However, one thing we do know for sure is the filmmakers were wise to invite the cover-friendly Crash Test Dummies along for arguably the stupidest road trip in film history. They chop a verse from XTC’s original hit from two years prior, but keep the song’s ironic spirit intact. Most memorably, backup Dummies vocalist Ellen Reid sings lead – with Brad Roberts’ three-testicle baritone surfacing on choruses — and absolutely smashes it. There was such hope for the single that Jeff Daniels even reprised his role as Harry in the music video, which relates Peter’s story. Whether it’s XTC or CTD, it’s fair to say that we like this song a lot. –Matt Melis 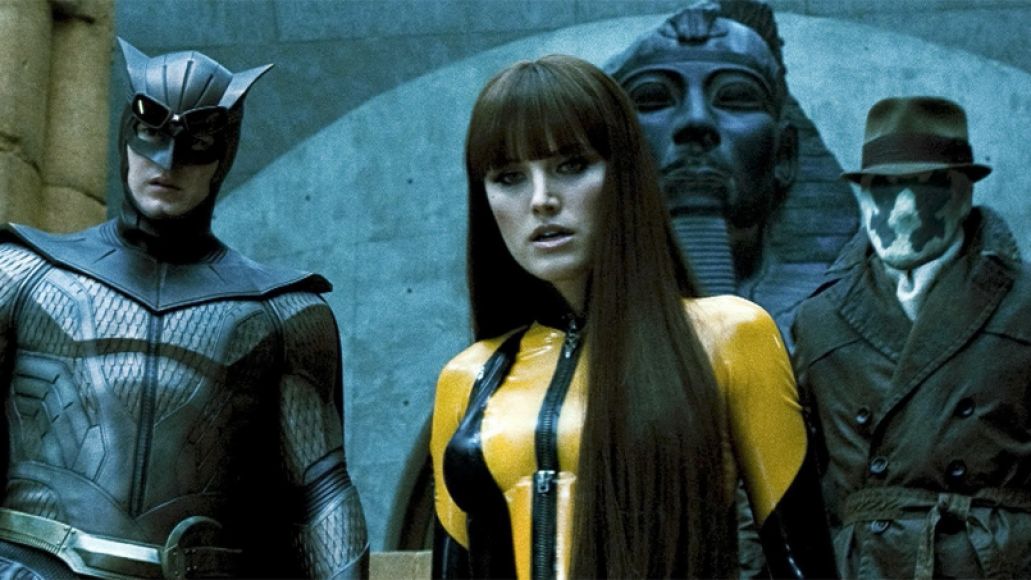 Performed By: My Chemical Romance

In a film full of musical choices both pitch-perfect (“The Times They Are A Changin'” over the world-setting prologue) and highly suspect (slow humping to Leonard Cohen!), My Chemical Romance’s cover of another Dylan classic sits somewhere squarely between the two. Yet for whatever you might have to say about Zach Snyder’s interpretation of the medium-defining graphic novel, it’s hard to say that the furious opening riffs of this modern update aren’t immensely satisfying over the final image of Rorschach’s journal, waiting to destroy the false new social order that the titular group of heroes chose to leave in their wake. –Dominick Suzanne-Mayer 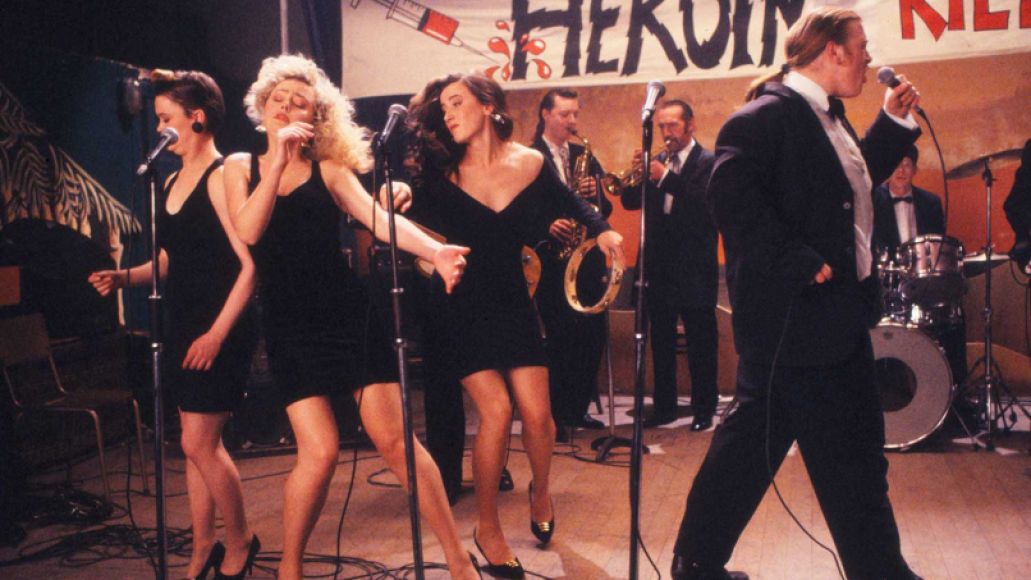 Performed By: The Commitments

Before there was Sing Street, there was The Commitments. Back in 1991, Alan Parker’s Irish-British-American musical comedy was one of the hippest movies around. For nearly two hours, you could escape overseas and hang out with larger-than-life characters like Deco Cuffe, Outspan Foster, or Jimmy Rabbitte as they got their shit together to create great music. They were a total mess, but that’s what made their story so intriguing. They were a bunch of local losers trying their darnedest to be, as Rabbitte later says, “the hardest-workin’ band in the world.” That “try” fuels their Robert Palmer-esque cover of “Mustang Sally”, a bluesy culmination of all their sweat, energy, and emotion, the likes of which are led by Andrew Strong’s Kentucky bourbon-glazed vocals and Glen Hansard’s silver licks. Ah, who are we kidding, this movie’s still hip as hell. –Michael Roffman 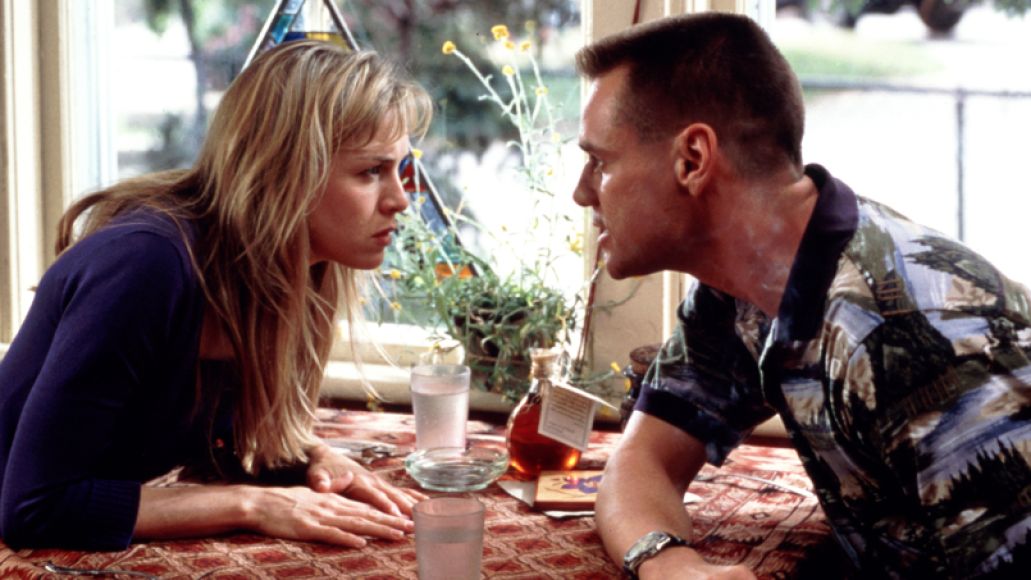 Packed with ’90s radio mainstays – from Third Eye Blind to Hootie & The Blowfish – the soundtrack to Me, Myself & Irene seems no different from any other early Farrelly Brothers movie. But like the film itself, there’s a disarming pathos beneath the surface, mainly in the form of eight–count ’em, eight–Steely Dan covers. Unsurprisingly, Wilco best pulls off the Dan’s sugar-coated subversiveness with their take on “Any Major Dude Will Tell You”, most likely due to their own experience with burying weird-ass lyrics beneath laid back arrangements. The flirting organs of Leroy Bach and the late Jay Bennett allow lines like “Have you ever seen a squonk’s tears?” to go down like honey. It’s a lawnchair gem that would fit in on any of the band’s last three albums. –Dan Caffrey 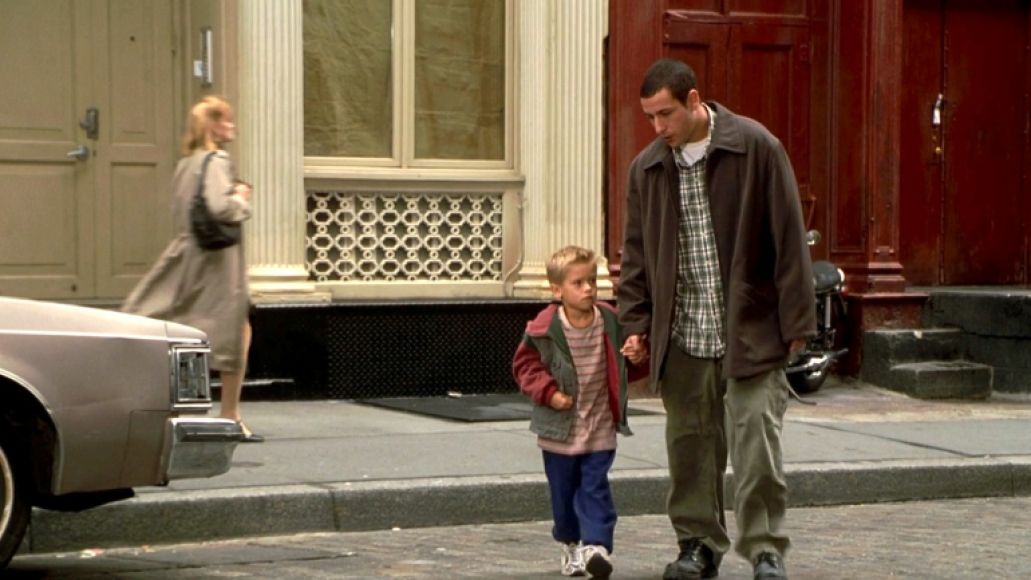 Big Daddy is hardly a movie. Have you watched it recently? The whole thing plays out like an extended music video; or rather, a string of vignettes taped together by popular FM hits from that era and the years prior. It’s a direct bi-product of the TRL Generation, and there isn’t a single frame of the film that suggests it’s anywhere but 1999. All things considered, there are a few gems on the soundtrack — from Garbage’s “When I Grow Up” to Big Audio Dynamite’s “Rush — but the most memorable takeaway is Sheryl Crow’s inspired cover of Guns N’ Roses’ “Sweet Child o’ Mine”. Gone is any trace of the song ever being a hard rock anthem and in its place is a sunny country ballad that fits snugly in Crow’s oeuvre. Today, she sings it better than Axl Rose and we’re okay with that. –Michael Roffman 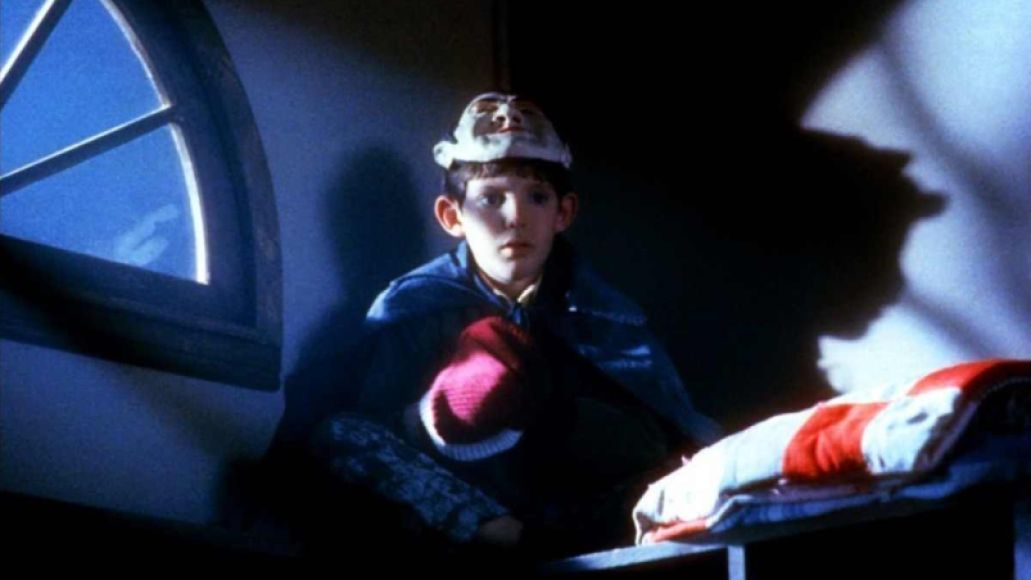 Many scary movies associate their ghost or murderer with a popular song. A Stir Of Echoes had “Paint It Black”, Halloween II used “Mr. Sandman”, and you can guess what tune popped up in Jeepers Creepers. But the most unnerving instance of musical terror belongs to Lady In White, a little-seen, coming-of-age/horror tale starring an adolescent Lukas Haas. I won’t spoil exactly how the song comes into play here, but opting for Bing Crosby’s take of “Did You Ever See A Dream Walking?” over Art Jarrett’s initial version was a smart move on the filmmaker’s part. Whereas Jarrett’s rendition seems like the logical choice with its tinny, melancholy tone, Uncle Bing’s fireside baritone is downright cheery, providing eerie juxtaposition to the events onscreen. –Dan Caffrey 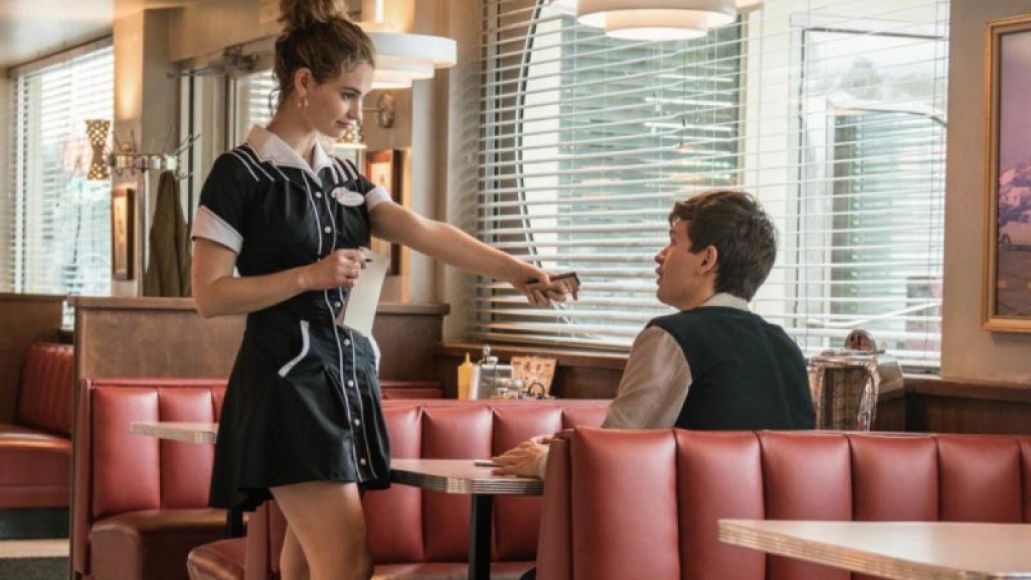 Originally By: The Commodores

For all of the killer tracks on display throughout Edgar Wright’s exercise in kickass songs and flawless action choreography, it’s one of the sweetest songs that also ends up mattering most. Baby might have a lot of mixes, but it’s the golden-edged tape with “Mom” scrawled on the site that he’d put his life in danger to recover: a lilting take on “Easy” by his deceased mother (ahem, Sky Ferreira). Not everything goes the way Baby would hope by film’s end, but through it all, he’s still easy like Sunday morning. –Dominick Suzanne-Mayer 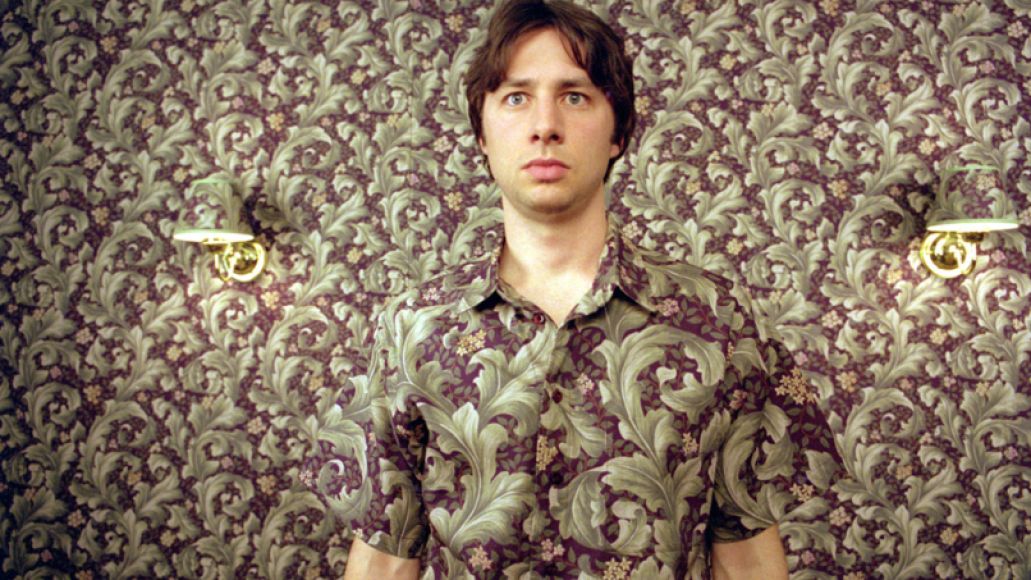 Originally By: The Postal Service

The already-precious “Such Great Heights” is made rice-paper fragile by Sam Beam for the one soundtrack that had youths everywhere confusing privileged disaffection with clinical depression. Nevertheless, the whisper of Beam on the wind turns a bubbly digi-love song into an intimate ballad. This isn’t the one that will “change your life”, but it’s now the marquee song for visiting your childhood home, staring at the artifacts of your past, and thinking about how it all used to be so goddamn simple. –Jeremy D. Larson 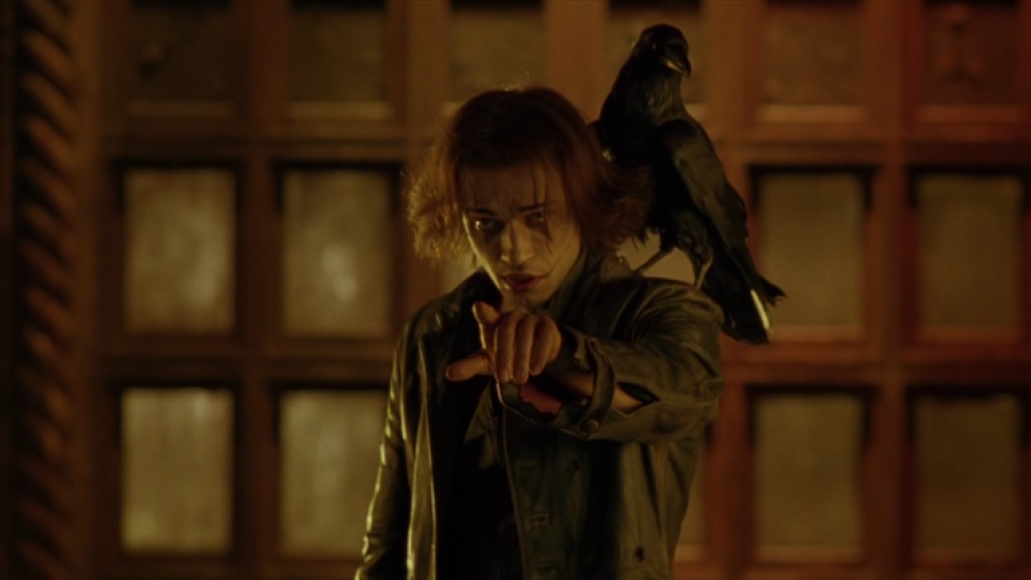 Look, there never should have been a sequel to The Crow. But, you can’t argue that City of Angels director Tim Pope didn’t at least try to do something different with James O’Barr’s gothic graphic novel. His grimy 1996 sequel turns Los Angeles into a bone-dry, urine-colored shithole, a far cry from the stormy, slippery Detroit that Alex Proyas conceived of two years prior. Still, the similarities were obvious, especially the sequel’s attempt to capture the magic of its predecessor’s soundtrack, and to its credit, the film comes dangerously close. PJ Harvey, Iggy Pop, Deftones, White Zombie, Bush, and Filter all contribute admirable tracks, though the real standout was Hole’s cover of Fleetwood Mac’s “Gold Dust Woman”. Coming off of Live Through This, Courtney Love brings her fuck you attitude front and center, turning the classic rock hit into a grunge-y stomper. Purists be damned, but it’s exactly the type of song you want to hear if you’re avenging the death of your son on All Saints’ Day. –Michael Roffman 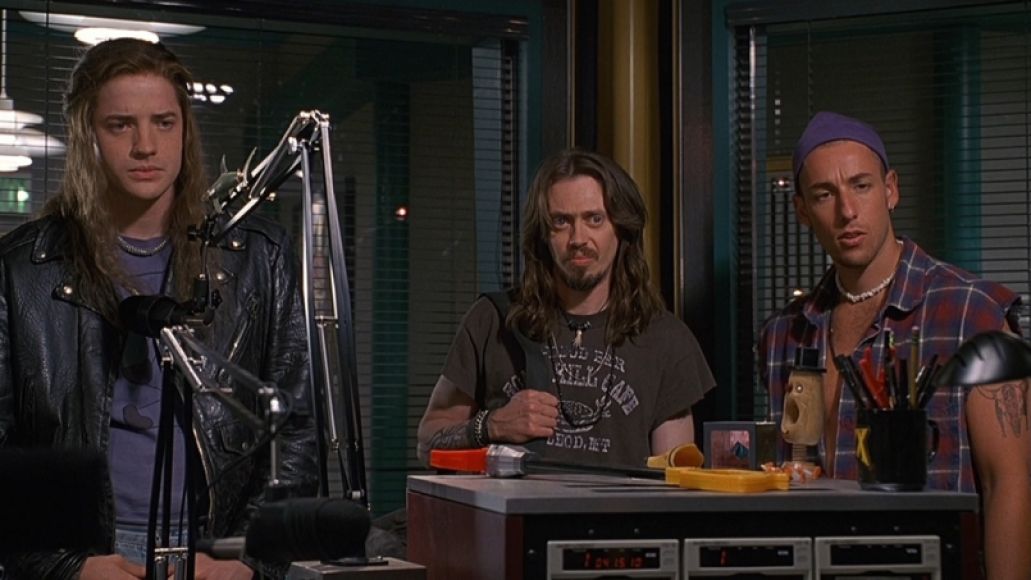 Performed By: The Lone Rangers

Sometimes a song makes a movie. And sometimes a song is the movie. Just imagine an Airheads where Chazz, Rex, and Pip spin their Long Rangers demo on air for all the guppies listening to Ian the Shark and it actually is just Pip farting on a snare drum. Even Milo would have to agree the three (not to mention the movie) would each look like half a butt puppet (so, um, one and a half butt puppets). Luckily, the film’s creative team opted to re-record “Degenerated”, an early ‘80s punk song by hardcore band Reagan Youth. No, that’s White Zombie, not Pip and Rex, backing Brendan Fraser on vocals, but the results are some first-class mid-‘90s “powerslop” (not that we like to label things) that could pass as a legit demo and, more importantly, get heads banging. While the song turned out well for both Airheads and The Lone Rangers, you gotta wonder if Kayla will ever catch on that Chazz totally didn’t write this for her. –Matt Melis