Halt and Catch Fire was built to be a hit. Following the award-winning run of both Mad Men and Breaking Bad, Christopher Cantwell and Christopher C. Rogers’ ’80s tech-y drama was primed to usher in another era of critically-acclaimed programming for AMC. Yet, like so much of the show’s nostalgic narrative, that was an alternative history that never came to fruition; instead, Halt received a mild critical reception upon its June 2014 series premiere and the ratings dwindled at dangerously low numbers throughout that summer. So, when AMC finally opted to renew Halt for a second season that August, there were was a small contingent of die-hard fans who jumped up and down with spirited feelings of winning relief (this writer included), while a larger portion of the industry kept wondering why the network chose to keep gambling with the show.

Since then, that anxious grey area is more or less where the show has been operating from over the last three subsequent seasons, but not without a collective effort by its creative team. Following its debut season, Cantwell, Rogers, and showrunner Jonathan Lisco gave Halt a slight reboot, focusing less on trying to make Lee Pace’s Joe MacMillan another stone-cold Don Draper for the network, and more on cultivating a stronger ensemble that could engage in a variety of themes, issues, and conflicts. As such, Mackenzie Davis’ rebellious Cameron Howe and Kerry Bishé’s maternal Donna Clark were considerably amplified, forging ahead together while the rest of the cast, particularly Scoot McNairy’s nebbish Gordon Clark, rode shotgun amiably. It was a remarkable 180 from the first season, and one that won over even the most skeptical critics. 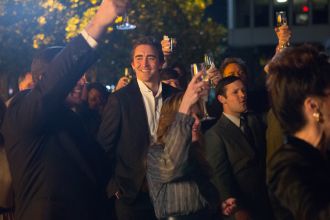 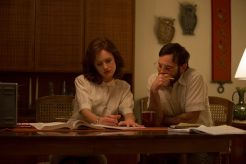 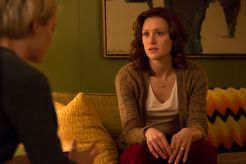 All of a sudden, Halt was a show to get behind, and not only did AMC have the fans behind them, but the critics, too. Although this made the decision to renew the show much easier, at least by comparison to its first year, it’s always been close to the chopping block — or perhaps, at the risk of being CTRL + ALT + DEL’d. So, when the show was given the green light once again, it felt like another win. And really, that’s what the third season was, seeing how the ratings hardly improved and the show garnered not a single award. But to their credit, AMC never gave up on the series, and neither did Cantwell, Rogers, and Lisco. No, the creators found another way to reboot the story, shifting the action from the Silicon Prairie of Dallas–Fort Worth, Texas to the Silicon Valley of San Francisco, CA, and much like season two, it felt fresh, exciting, and different.

In addition to a new setting, the series had carte blanche to do whatever they wanted with its cast, and that’s precisely what Cantwell, Rogers, and Lisco did for their third go-around. Cameron and Donna, would-be best friends and partners-in-crime at Mutiny, slowly evolved into enemies as their opinions differed on how they might survive Silicon Valley. Meanwhile, Gordon and Joe became unlikely buddies as they resolved their tension over some very lucrative anti-virus software. Somewhere in between, a crucial character tragically committed suicide, Toby Huss shacked up with Annabeth Gish, Joe surfed some gnarly waves, Gordon and Cameron bonded over lots of Nintendo, and Donna set off on her own after the other three stumbled upon the World Wide Web like a tech-savvy Forrest Gump. What’s more, the show moved out of the ’80s. 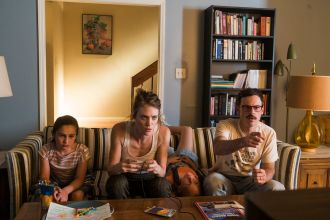 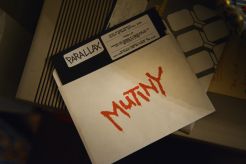 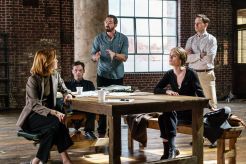 Season four, by comparison, is less of a reboot and more of a reunion. It’s also a victory lap for everyone who championed the show from the very beginning, and that’s the feeling you get within the first three episodes. Cantwell, Rogers, and Lisco waste little time tipping off the action, opening the season with a super sleek long shot that details the evolution of Gordon, Joe, and Cameron’s new company and drops us in 1994, where America Online is a major player, Mortal Kombat is all the rage, and Super Nintendo is the console of choice. As usual, everyone’s busy as ever: Gordon’s hosting corporate functions headlined by the Blue Man Group, Donna’s devouring developers as quickly as she does men, Cameron’s struggling to develop an online RPG in the age of the first-person shooter, and Joe’s spent the last three years accumulating 500 Post-It notes.

Those Post-It notes, however, are an essential part of the season’s larger MacGuffin. They’re a random collection of websites Joe’s stumbled upon, all of which he hopes to condense and organize into the essential web browser. Unfortunately for him, he’s not alone in the market, as he’s competing with the real-life Mosaic and Donna’s own Millennium counterpart over at AGGE. Shit gets real, though, when Gordon’s own daughter, Haley (Susanna Skaggs), winds up being an unlikely key for Gordon and Joe, making things decidedly rough for her mother. To add more fuel to the fire, there’s Bosworth’s financial headache, Joe’s wardrobe designed by Filter’s Richard Patrick, and Cameron’s relationship woes, the latter of which leads to one of the series’ finest moments involving a telephone conversation awash with Cameron Crowe’s magic. 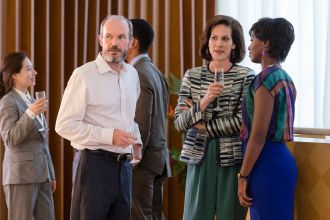 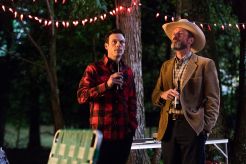 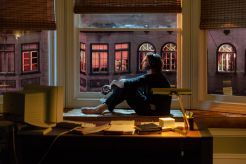 Okay, so not everyone is living up the ’90s, but what would a reunion be without some angsty disconnect. Besides, Halt has always been about The Struggle, both behind the scenes and on screen, and that David and Goliath tug-of-war is what has fueled its eclectic cast of zeroes and villains. Each character is perpetually up against ungodly odds, only there’s never this soothing feeling that things are going to be okay, or some deus ex machina is right around the corner. Instead, every situation is laced with a degree of uncertainty, and no matter what happens, someone is bound to get hurt. That doesn’t just make for great television, but great characters, and those characters are partly why Halt has staved off its own demise. In a strange, almost meta way, it’s as if their own aspirations have become intrinsically tied to our own hopes of seeing the show prevail.

Though, perhaps it’s bigger than that. After all, isn’t there something inherently reassuring about seeing a bunch of nobodies like Gordon, Joe, and Cameron take on the seemingly unstoppable? Or how about the devilish pleasure of seeing Donna chug down organic smoothies as she looks down from the top, knowing damn well where she came from and how much she’s been through the ringer? Yes, there’s an escapism to the show that ostensibly goes beyond the traditional joys of rooting for on-screen characters, and plugs into our own subconscious fears about corporatization and what juggernaut conglomerates have done to the American dream. Because really, if we’re being honest right now, the idea of being able to play David to any number of Goliaths out there seems to be diminishing by the minute. If anything, it’s a fool’s dream at this point. 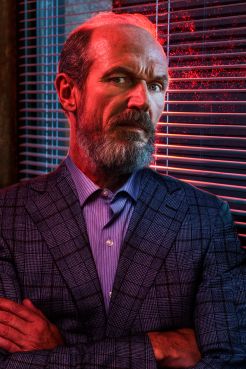 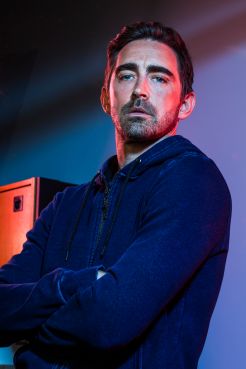 Halt and Catch Fire chews on that overwhelming sense of defeatism, and right before the season premiere’s opening credits. “We can build the Mosaic killer,” Joe insists over a quiet campfire. “[Cameron] couldn’t do it. We’ll find someone who can.” Gordon isn’t so convinced, as he contends, “Joe, how many times do you have to be right? Maybe we should just be grateful … or something. I mean this is technology that we could have only dreamed of back in our garage.” Joe looks away, knowing damn well there’s no chance of acquiescing — it would probably kill him. But that feeling isn’t specific to Joe; it’s in Cameron, it’s in Donna, it’s in Gordon, it’s in us. Hell, this show is a testament to that kind of determination, an unlikely underdog that kept barking to keep the lights on, and wound up succeeding. No matter how this whole thing ends, it’s already won. 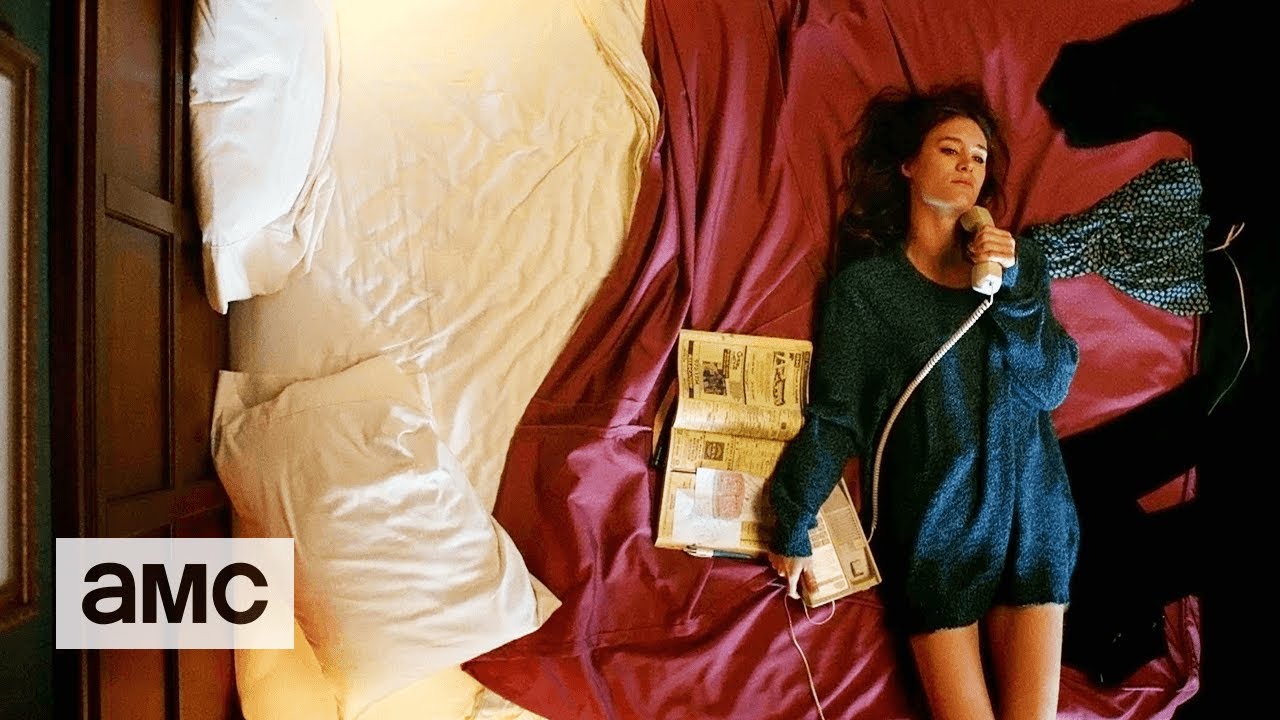 AMC's Halt and Catch Fire Logs Off a Winning Underdog