Danzig has put his Los Angeles house up for sale, according to a listing on Sotheby’s. Located in Los Feliz, the 2,168-square foot residence was built in 1907, and has four bedrooms and two bathrooms. There’s also an additional rear unit containing two bedrooms and two bathrooms. On the surface, there’s nothing too exciting about the listing, but wait until you get a look at it. It’s literal piece of garbage.

Danzig hasn’t lived in the house for years, apparently because too many of his fans learned of its location. As such, the house has fallen into disrepair, with rotted siding and overgrown shrubbery. Even the window blinds are broken! Even so, Danzig is selling the house “as is” with a listing price of $1,199,000.

Even when Danzig occupied the house, he didn’t do a very good job caring for it. Metal Injection relays a funny anecdote involving the former Misfits frontman and a stack of bricks. Apparently, Danzig let the house get so run down at one point that there was a huge pile of bricks in his front yard. After a dispute with a neighbor about the eyesore, the metal legend decided to dispose of the bricks in an entertaining fashion.

To quote the source of the story, “Finally, one day I see Danzig outside in his front yard…He’s hurling bricks into this drumpster [sic] and he’s screaming, ‘HERE I AM MOTHERFUCKER, JUST CLEANING UP MY FUCKING BRICKS BITCH!'”

It’s a pretty wild story, but there’s photographic proof of the bricks in question and it’s more fun to believe it’s true. Check out a photo from the property listing below. 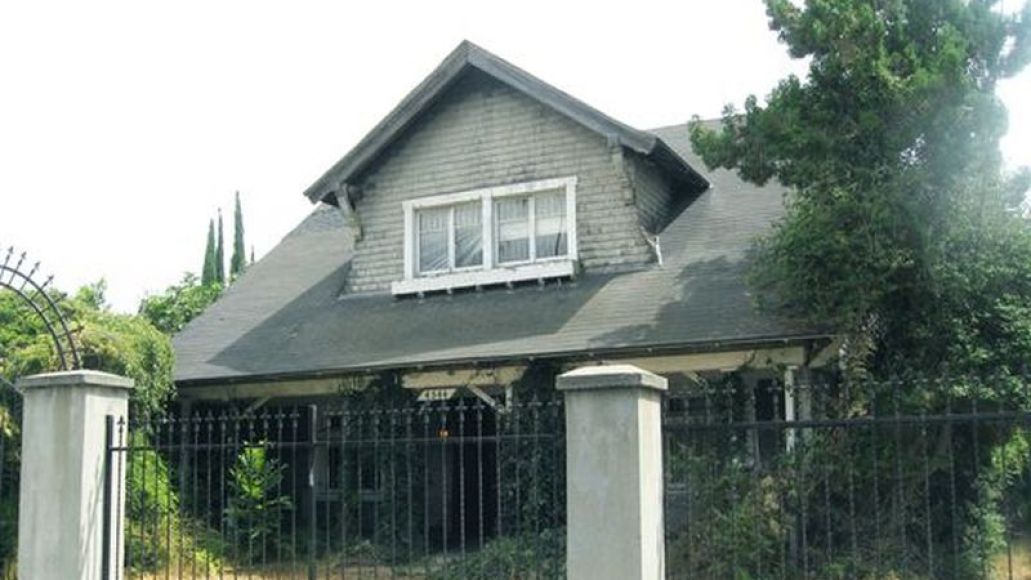