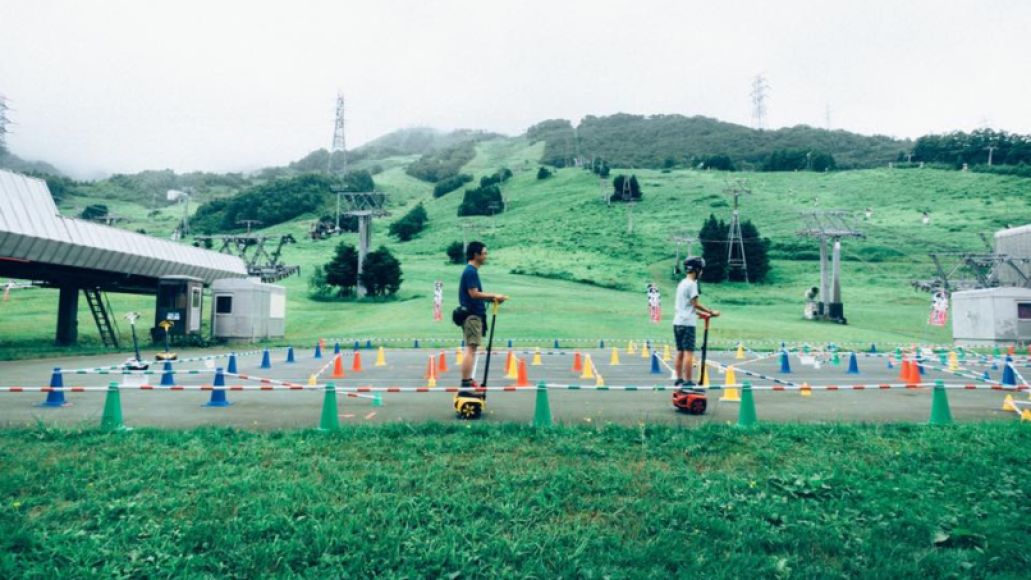 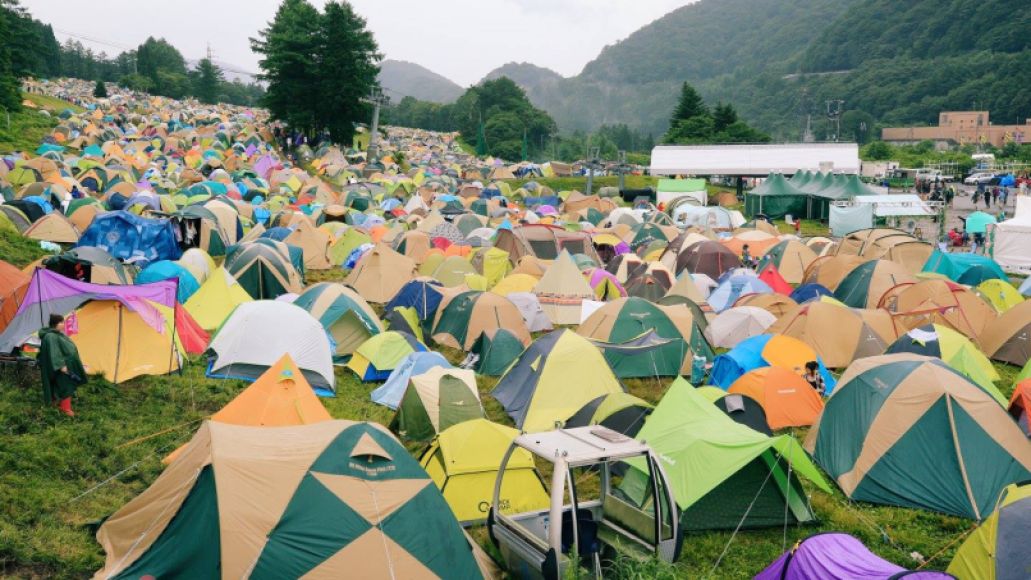 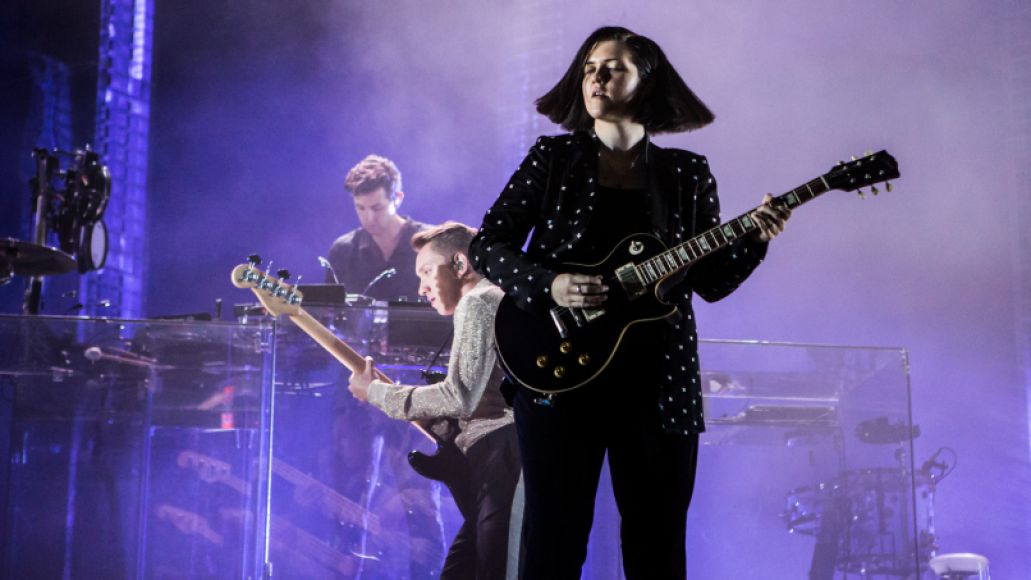 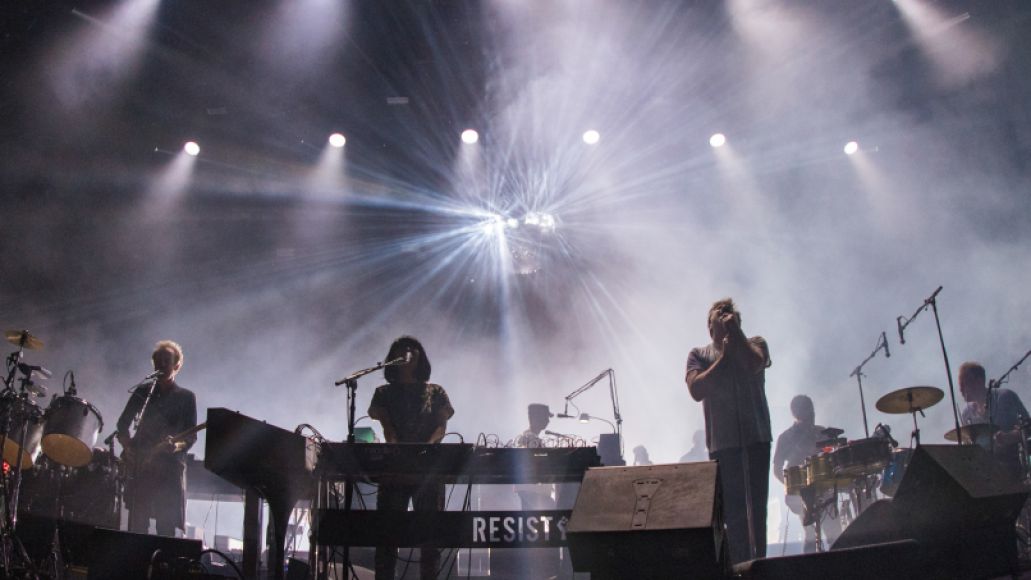 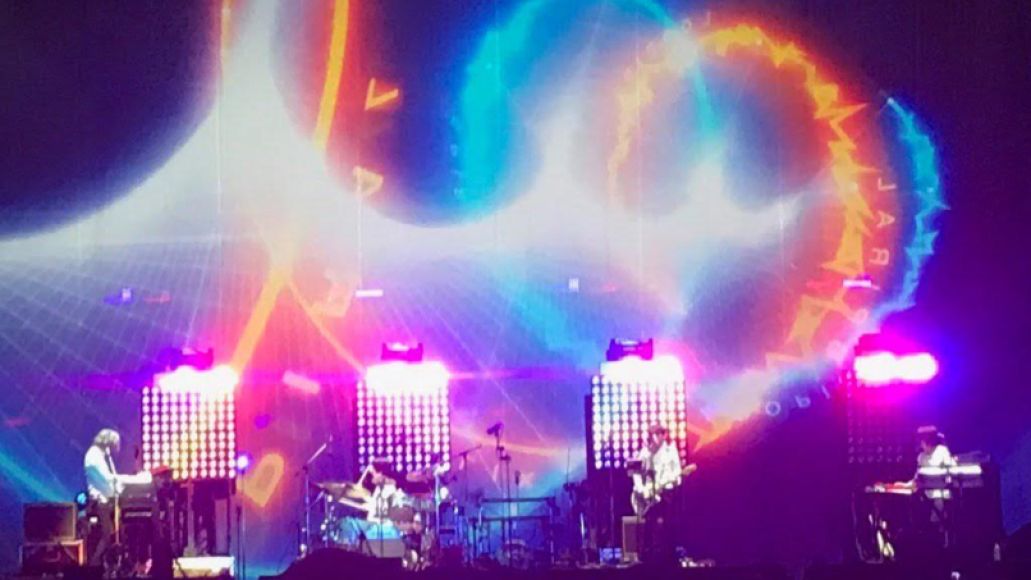 Japanese oddball Cornelius kept it classy as he approached the Green Stage on Saturday, donned in sharp white button-ups, black pants, and sunglasses as “Welcome” flashed across the screen in cursive. His band played a mix of experimental, genre-bending tunes, including the more subdued “Sometime, Someplace” — a lovely electronic rock song that offered an upbeat start to the set. “Helix/Spiral” marked another spacey, robotic hit, followed later by the bizarre mix of heavy rock and robot pop on “Count Five or Six”. As expected, the set offered a delightfully diverse mix of music, and no matter what Cornelius played, the crowd seemed to absolutely revel in it, one girl in front furiously shaking her hips as she yelled “Tanoshinde!” (“Have fun!”) to her friend while two bucket-hatted guys in the back spun in circles. Perhaps the most pleasant track was the “Star Fruits Surf Rider”, a chirpy song that sounds like it belongs in the Super Mario universe rather than within a ski resort outside of Tokyo. But perhaps that’s the beauty of Fuji Rock’s unique location and vast mix of talents: it is as much of a sonic escape as it is physical.
__________________________________________________________ 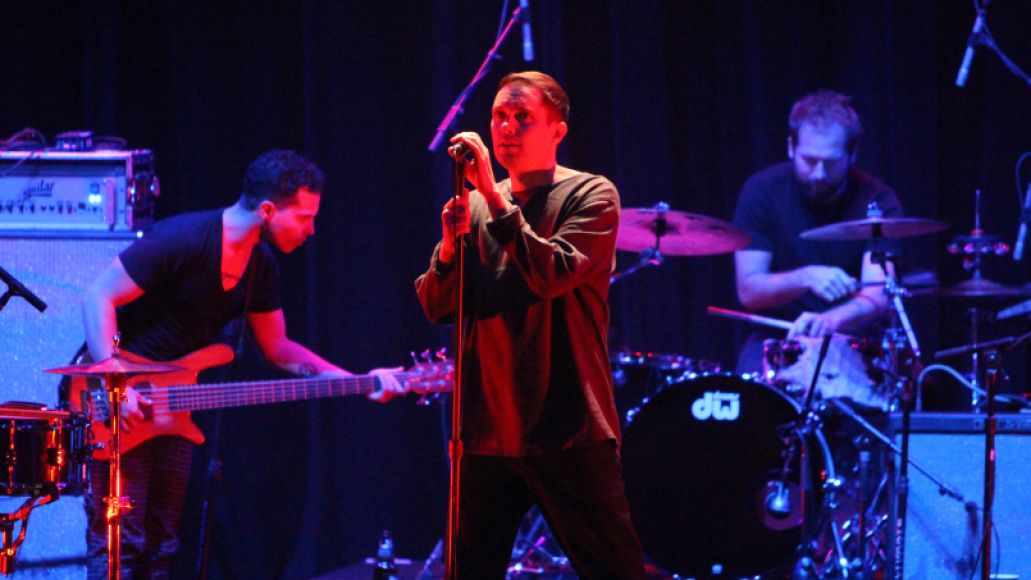 Rhye at Festival of Disruption by Heather Kaplan

Cool kids Rhye performed on Friday out in the Field of Heaven, the most remote stage in Fuji Rock, but somehow appropriate for this group. There was something really special about the crowd that ventured out there to see them. The group eased with care into the set, snapping along to the beat as they opened with “Verse”. An understated dude in an oversized black sweater, Canadian singer Milosh delivered an impressive live performance. His voice is untouchable — smooth and decidedly feminine — crescendoing effortlessly over the Fuji crowd. Accompanying Milosh were string players who likewise delivered their parts with grace and precision. It was a carefully executed performance, yet appeared effortless. Of course, the hit of the show was the more upbeat “The Fall”, a song just as seductive as it is melancholic. At one point during the set, the microphone apparently couldn’t handle the silky vocals of Milosh, uttering a massive shriek of feedback across the crowd, but Rhye recovered quickly, demonstrating their truly unshakeable smoothness.
__________________________________________________________