From the live stage, Queens of the Stone Age have been known to interpolate lyrics from Amy Winehouse’s “Rehab” into “Feel Good Hit of the Summer”. Recently, however, Josh Homme has begun experimenting with other live mashups. While headlining Japan’s Fuji Rock Festival last weekend, Home crooned the lyrics to Gorillaz’s “Clint Eastwood” during the second verse of “Feel Good Hit of the Summer”. Watch fan-shot footage below. During another recent gig in Melbourne, Australia, Homme threw in a snippet of INXS’ “Devil Inside”. 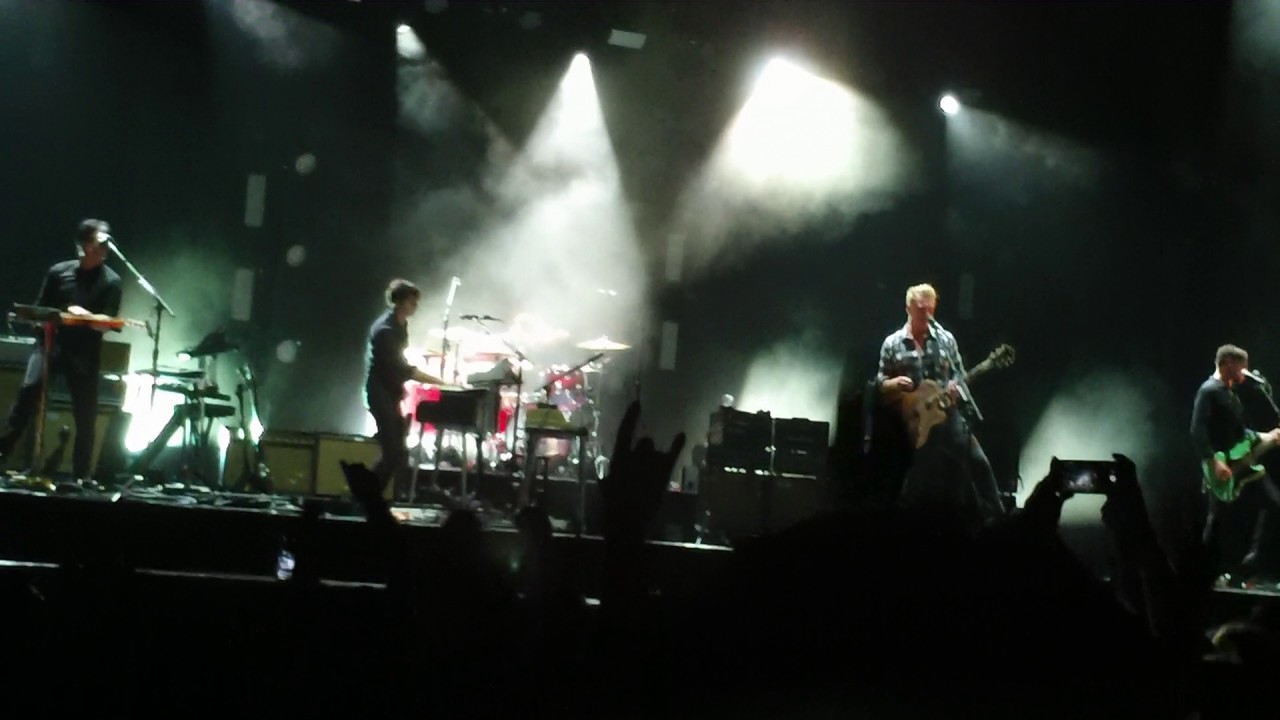 We’ll see what other tricks QOTSA have up their sleeve when they kick off a North American tour in early September, which comes in support of their forthcoming album, Villains. Unfortunately, they were forced to pull out of their scheduled appearance at San Francisco’s Outside Lands Music Festival due to an undisclosed injury, but organizers managed to secure Cage the Elephant in their place.